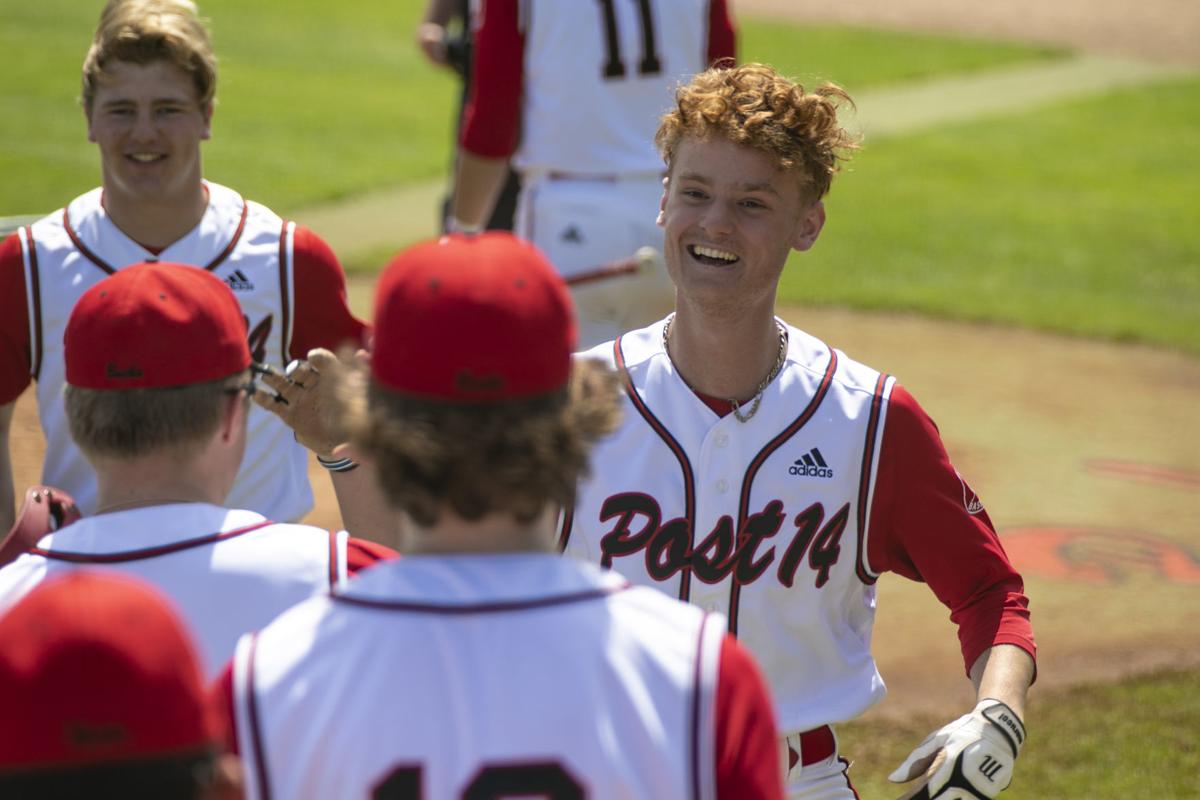 Bozeman’s Preston Fliehman is greeted by teammates after hitting a grand slam against Gallatin Valley on Saturday at Heroes Park. 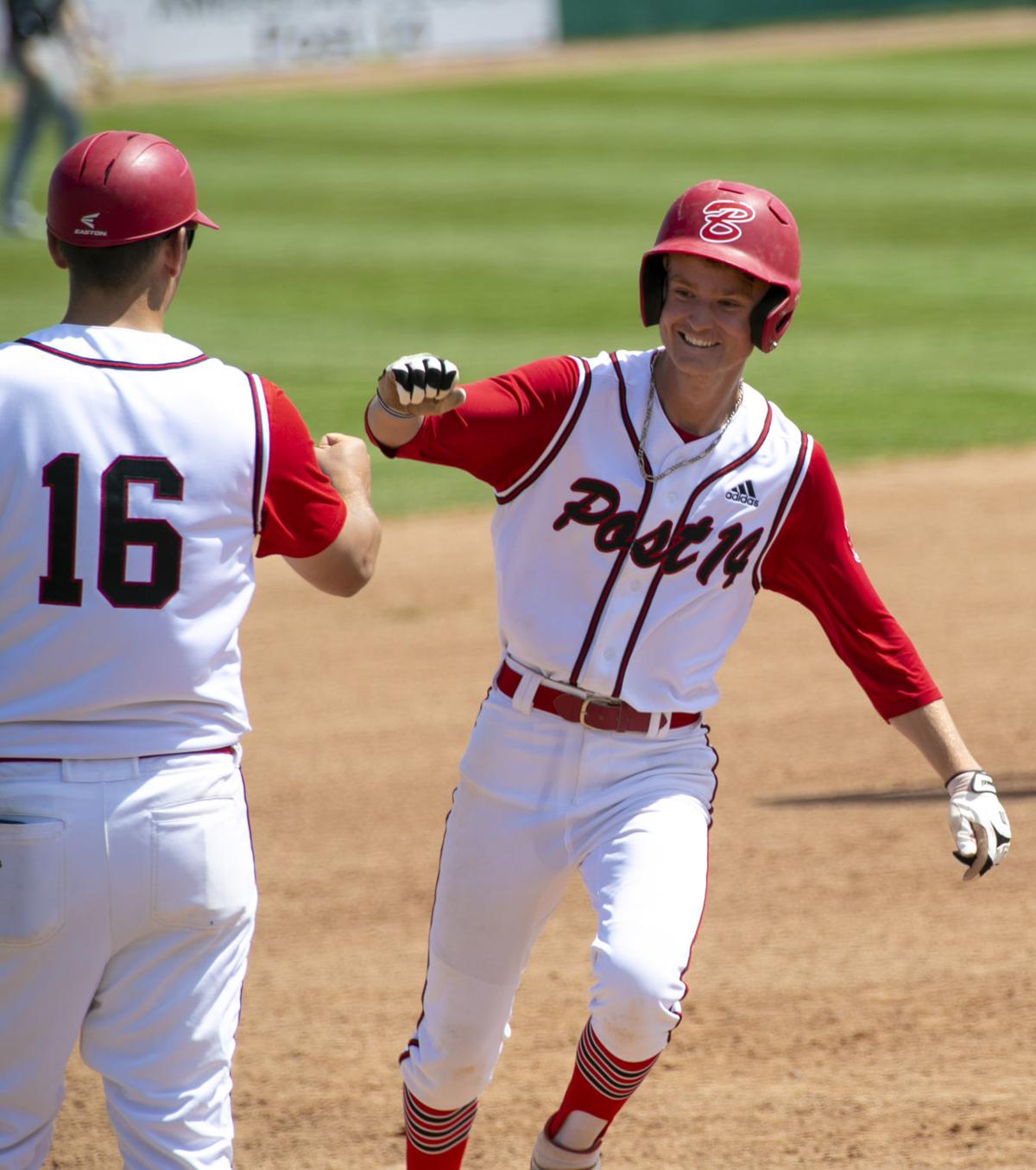 Bozeman’s Preston Fliehman rounds the bases after hitting a grand slam against Gallatin Valley on Saturday at Heroes Park. 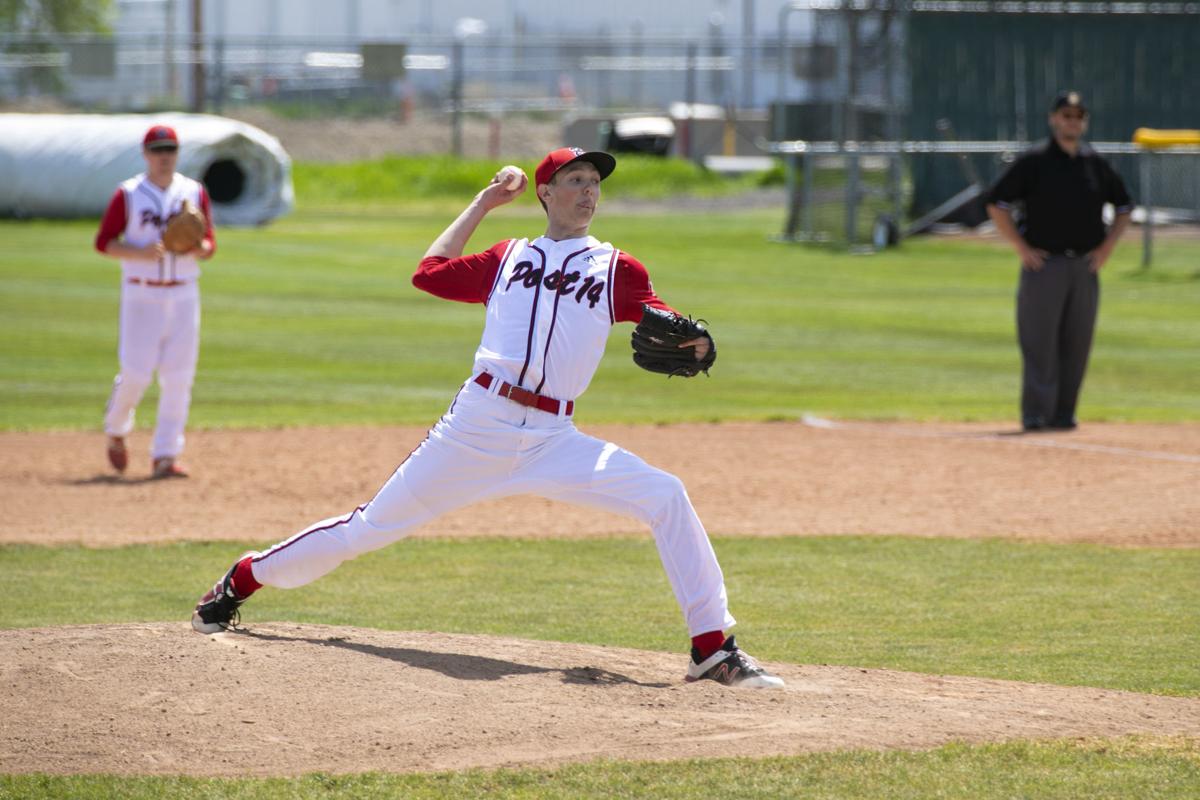 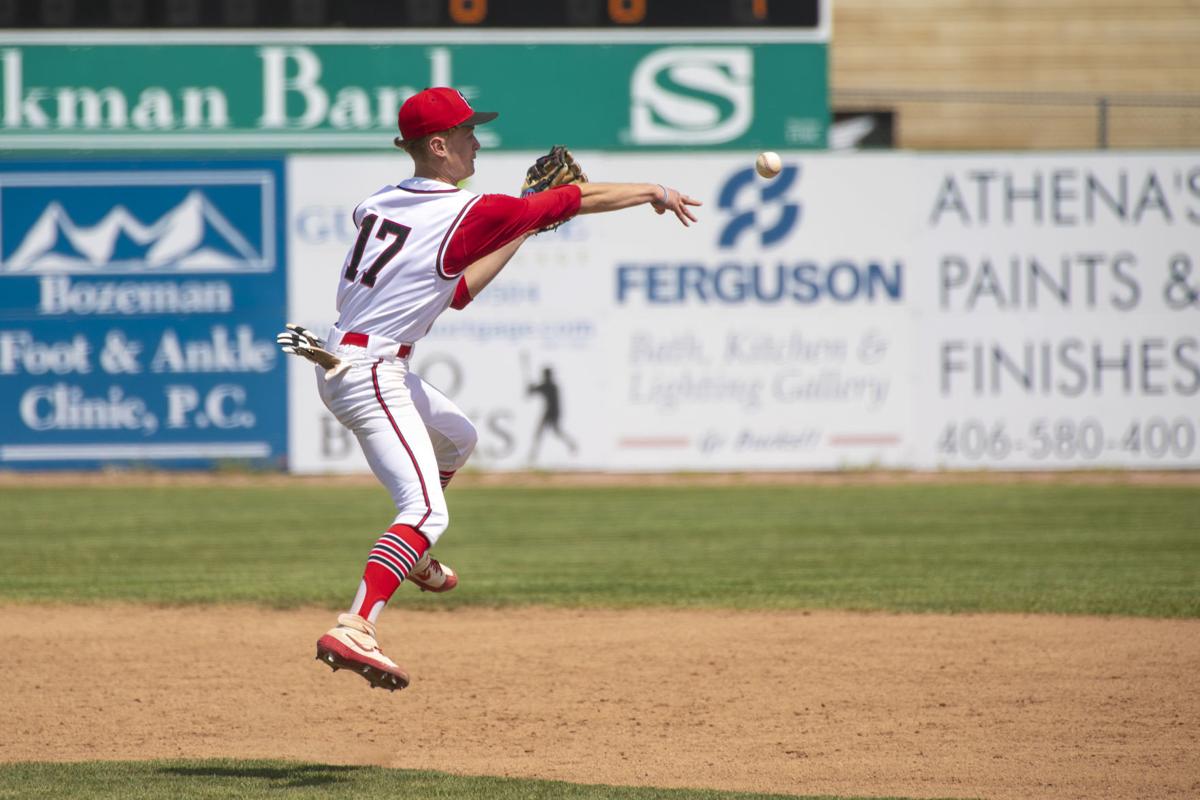 Bozeman’s Preston Fliehman is greeted by teammates after hitting a grand slam against Gallatin Valley on Saturday at Heroes Park.

Bozeman’s Preston Fliehman rounds the bases after hitting a grand slam against Gallatin Valley on Saturday at Heroes Park.

It had plenty of air underneath it. The ball cruised toward the Heroes Park scoreboard, and the wind helped it travel even farther beyond the fence.

Fliehman cruised around the bases. His teammates didn’t greet him out of the dugout as they normally would have, but Fliehman smiled and skipped onto home plate all the same.

Fliehman’s grand slam in the bottom of the second gave the Bozeman Bucks crowd something to cheer about as they went on to beat the Gallatin Valley Outlaws 11-0 in five innings on Saturday.

Fliehman admitted after beating the Outlaws that the lack of celebrations at the plate — part of rules intended to fight the spread of the coronavirus — is “a little funky.” But he understands why those guidelines are in place. He’s simply happy to be reunited with his friends on the diamond.

“Baseball is a team game, so I’m really glad my team in general just got to be a team again. I’m glad we can play baseball again,” Fliehman said. “And I’m really glad our offense was just rock solid again today.”

When the start of the season was delayed, the Bucks expressed eagerness and hopefulness to return. They wanted to defend their Class AA championship, even if the regional tournaments and American Legion World Series were canceled.

Bozeman, which was 4-0 before Saturday, has started the season with plenty of energy. The Bucks were averaging 9.3 runs per game and scored eight or more in all but one of them — a narrow 4-3 victory over the Senators on Monday.

“I really think it took all of us concentrating during practice all week,” Bozeman’s Alton Gyselman said, “and really focusing on our drills and getting stuff with a purpose.”

Fliehman ignited Bozeman’s offensive firepower against the Outlaws. He drove in the first run of the game in the first inning, and Gyselman followed in that frame by stealing home.

In the bottom of the second, Fliehman stepped up to the plate with no outs and the bases loaded. He needed just one pitch to crank out his grand slam, putting the Bucks up by six.

“I put everything I’ve got into it,” Fliehman said. “And it just kept going.”

“That was nice,” Bucks manager Garrett Schultz added. “We talk a lot about hunting the fastball and swinging with 100% bat speed. That’s what Preston did on that pitch. It was a little bit up, and he put a good swing on. It got up in the wind a little bit, and away it went.”

Later in the second, Ben Hubley drove in another run with a triple, and Carsten Simcox followed with a one-run single. Gyselman added a solo homer in the fourth.

That put the game well out of reach for the Outlaws. Gallatin Valley’s Isaac Richardson was tagged with the loss after allowing seven runs and five hits in one inning.

“That’s a team, honestly, that may not lose a game all summer with the guys they return and the talent that they have,” Gallatin Valley manager Duwayne Scott said. “But that’s what we need to see as well.”

As impressive as Bozeman’s performance at the plate has been, its defense and pitching have matched. Going into Saturday, the Bucks allowed two runs per contest.

They followed by shutting out the Outlaws. Bozeman’s Hunter Williams allowed three hits and no walks while striking out nine batters in four shutout innings.

Williams, Bozeman’s dominant ace who powered his team to a Northwest Regional championship appearance a year ago, has continued his winning ways. In Bozeman’s season opener against Belgrade a week ago, Williams earned the victory after allowing two hits, striking out nine batters and walking none in four scoreless innings.

Schultz estimated Williams threw a fastball about 90% of the time as 77% of his pitches were strikes against the Outlaws.

“He just located and was able to be successful doing that,” Schultz said of Williams. “He’s got a couple other pitches that are pretty good. We were just focused on locating the fastball, and he did that. That was enough for today.”

Schultz loved Bozeman’s all-around performance. That included the energy his players showed. That was key in establishing the tone at the beginning of what Schultz simply called “another good day of baseball.”

That, Gyselman believes, will be key for the rest of the season.

“I think in years past we kind of struggled with being ready to go first pitch,” he said. “I think that’s something we’re going to be really good at this year, and hopefully we continue doing that.”