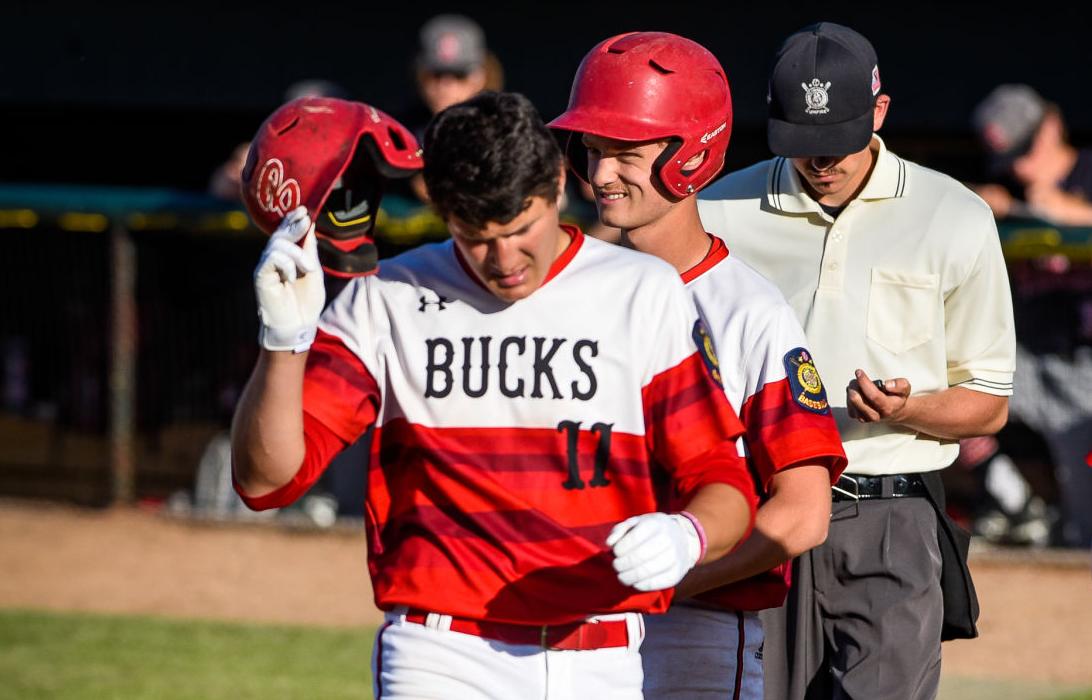 Sage McMinn heads back to the dugout with teammates after hitting a two-run home run against the Gillette Roughriders on June 10. 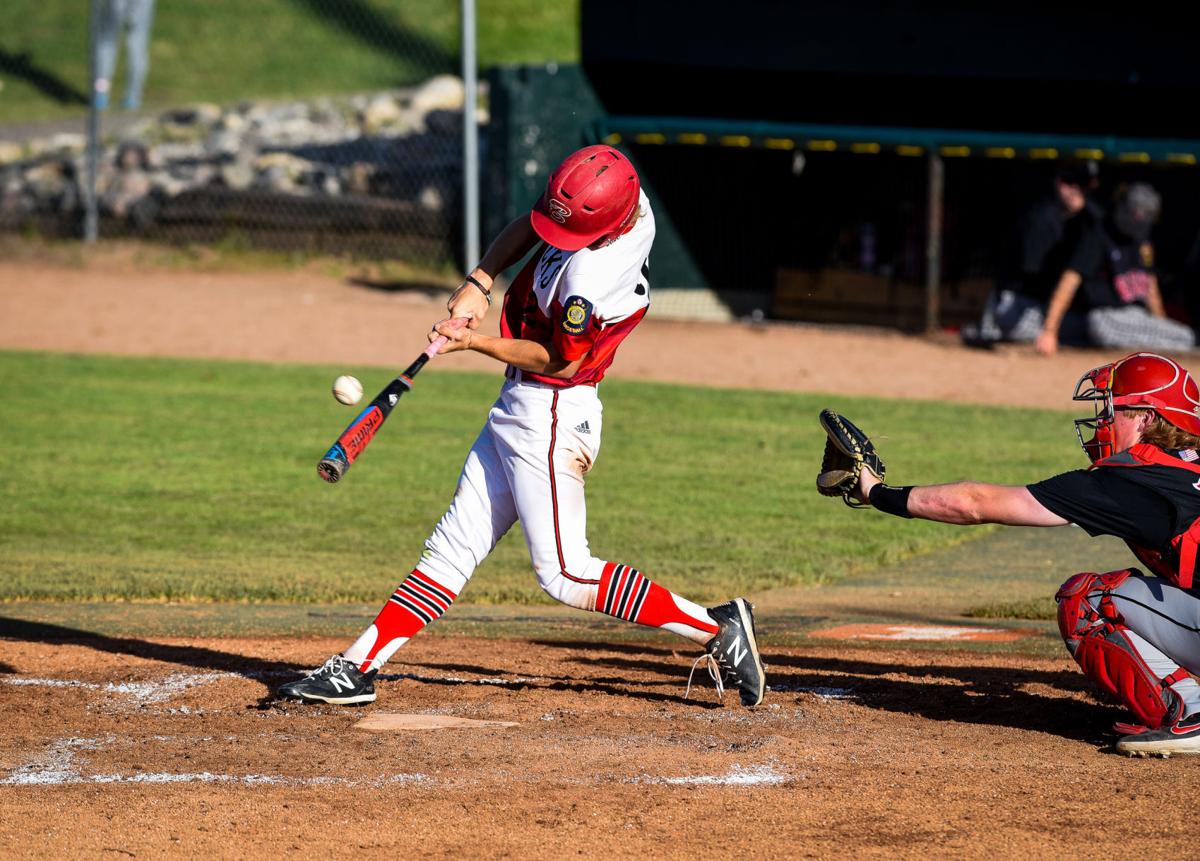 Bozeman's Kelher Murfitt hits a ball during a game against the Gillette Roughriders on June 10.

Sage McMinn stood in the batter’s box and watched the ball he just crushed. It floated toward the right field wall and McMinn knew where it would land. The crowd waited for it to reach its destination before roaring.

Then the ball cleared its only obstacle, three teammates stepped on home plate before McMinn did the same and his grand slam in the bottom of the second gave Bozeman a three-run lead.

The play electrified the Bucks and powered them to a 13-2 win in the second game of Friday’s doubleheader against the Missoula Mavericks at Heroes Park.

“Just hunting fastball and when I got down in the count, shortened up my bat,” McMinn said. “One caught my barrel and got out of here.”

In McMinn’s next at bat, two innings later, he made contact in a similar fashion. The lefty’s front leg stepped into the dirt as he shifted his weight and he smashed the ball into right field. Once again, he stood and watched, this time subtly flipping his bat underhand onto the ground.

If there was a moment to celebrate, this was it. And his contributions were anything but subtle.

“I knew it was out,” McMinn said. “It wasn’t as good as the first one, but it was for sure a no doubter.”

Bozeman (35-10, 11-1) swept the doubleheader, winning the first game 8-2. In addition to McMinn’s two homers, Kelher Murfitt led off the first inning of the doubleheader’s first game with a home run and ended the second game in the fifth inning by ripping a grand slam. In the two games, McMinn drove in seven runs while Murfitt drove in five.

The Bucks maintained their firm grip on first place in the conference, keeping a minimum three-game cushion from every other team. Bozeman has now won 17 of its last 19 games, and improved to 24-3 in games against in-state opponents.

“Our guys got the big hit,” Bucks manager Garrett Schultz said. “Sage was just really impressive as was Kelher. They both produced big with runners on base. Really fun.”

For two days in practice leading up to Friday, the Bucks worked on hitting drills that simulated game-like situations. They pretended batters had two strikes and needed to swing. They wanted to emphasize their identity of being aggressive, swinging often and putting opposing defenses under pressure.

Bozeman has become accustomed to putting runners on base and capitalizing frequently. On Friday, the Bucks reached base repeatedly. Murfitt batted leadoff, McMinn followed him in the No. 2 hole and they both took advantage of their opportunities.

Murfitt has recently been working with assistant coach Sean Potkay on how to hit inside pitches. It paid off with the two home runs that bookended the start and end of Bozeman’s offensive clinic.

The college returner said he’s thinks Bozeman has the best batting lineup in the state. Murfitt complimented McMinn in particular since he’s “never seen a kid hit the ball like (McMinn) does.” Murfitt also acknowledged the big outbursts required a host of contributors.

“Today was just a perfect example of everybody just getting on base, willing to do anything to get on, which is awesome,” Murfitt said.

Without their performances, Murfitt wouldn’t have had the chance to end the game two innings early. Before his at bat, he turned to teammate Ben Hubley and predicted a walk-off home run to close out the contest due to the 10-run rule.

Murfitt was just joking when he said that. Then it became reality.