Bozeman’s Rhett Hays swings against Gallatin Valley on May 30 at Heroes Park. 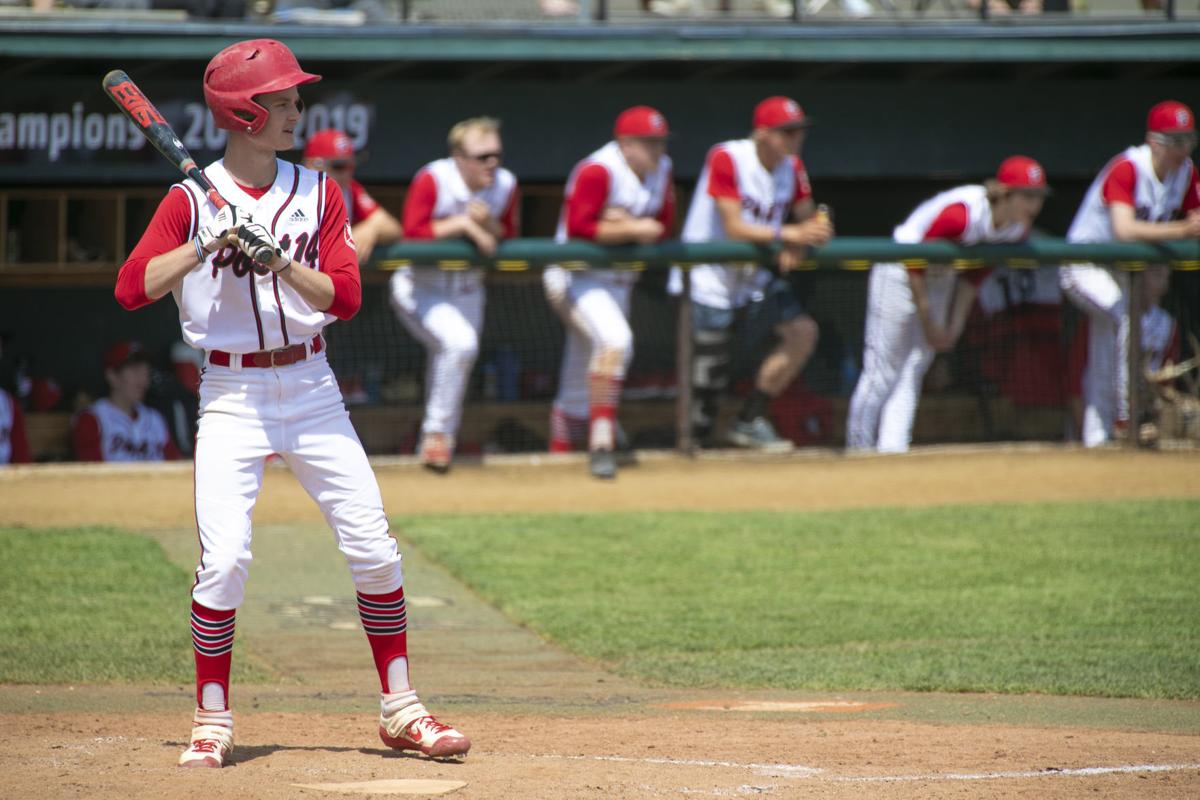 Bozeman’s Finn Snyder steps up to the plate against visiting Gallatin Valley during a May 30 clash at Heroes Park.

Bozeman’s Rhett Hays swings against Gallatin Valley on May 30 at Heroes Park.

Bozeman’s Finn Snyder steps up to the plate against visiting Gallatin Valley during a May 30 clash at Heroes Park.

As Alton Gyselman approached the plate, he didn’t think about trying to belt out a home run.

In the bottom of the fourth inning against Gallatin Valley on May 30, he wasn’t even trying to hit the ball that far. When he swung at a 1-1 pitch, Gyselman was only hoping to put the bat on the ball. Perhaps he could reach the gap between outfielders.

How did he feel after he made contact, though?

“Yeah, I kind of knew that one was out,” Gyselman said with a smile. “That felt really good.”

Gysleman’s home run put the Bucks up 9-0. It was only a single moment among many standout offensive plays the Bozeman Bucks have made in a pandemic-altered 2020 season. Going into this week, the defending state champion Bucks averaged more than 10 runs a game as they won 10 of their first 12 contests.

The Bucks didn’t stop when they began the Bozeman Round Robin Tournament. On Tuesday, Logan Pailthorpe was 4 for 4 with two RBIs as they won 15-5 over the Idaho Falls Tigers at Heroes Park. Bozeman also defeated the Gillette (Wyoming) Roughriders 4-3 on Wednesday.

“We won state last year, right?” Gyselman said. “So we want to keep that going and try to win state this year, so we know we have to bring all of our energy and all of our enthusiasm to get games won.”

Gysleman credited Bozeman’s mental preparation and approach in the batting box as key reasons for the offensive output.

Bucks manager Garrett Schultz said his players have spent “a lot of time” in batting cages when they were allowed to return to practice in late April. But he added that his coaching staff doesn’t talk much about hitting mechanics.

He instead emphasizes aggressiveness when favorable pitches are thrown Bozeman’s way. He doesn’t want the Bucks chasing anything out of the strike zone. He instead tells them to attack fast balls and to time their swings correctly, which he felt they’ve done early in the season.

“It’s the same approach every day,” Schultz said. “Just go out there with a good pace. Go out there and attack the pitches we should be attacking, pitches in the zone. I like where we’re at right now for sure.”

The Bucks are usually fueled by several contributors in any one game. They feed off each other as they keep bringing in scores.

Leadoff hitter Kelher Murfitt, regarded as a pillar of consistency for the Bucks, was hitting .417 with nine RBIs after last weekend. Sage McMinn had a batting average of .571 to go with 13 RBIs. Preston Fliehman has averaged .311 and had driven in 19 runs. And Gyselman was at the top of the group with a .579 batting average and 21 RBIs.

Fliehman believed the Bucks have started off winning so many games because of his team’s energy. He thinks that’s set the tone for the offense and had led to the Bucks piecing together explosive innings.

“We’re just totally jumping from last year right into this season exactly where we’re supposed to be and rolling right through it,” Fliehman said. “Our energy in the dugout has been phenomenal by all of our players, starters and bench players. In general, we’ve just been nuts in the dugout, nuts on the bases and nuts with the offense. I think it’s great.”

However, Schultz said the Bucks don’t talk much about the results of last season. He’s more focused on trying to set a new tone of the program in 2020.

So far, Bozeman has usually been balanced with standout pitching and effective defense. Add their efficient production at the plate, and the Bucks appear ready to continue winning.

“We did a lot of things well to earn (last season’s state title), but we’re going to have to do that and more,” Schultz said. “This is a new team. We have a lot of guys back, yes, but we’ve got some new pieces to the puzzle, too. This is not a victory lap for us. This is us trying to go out and create a 2020 identity and have a great 2020 season.”