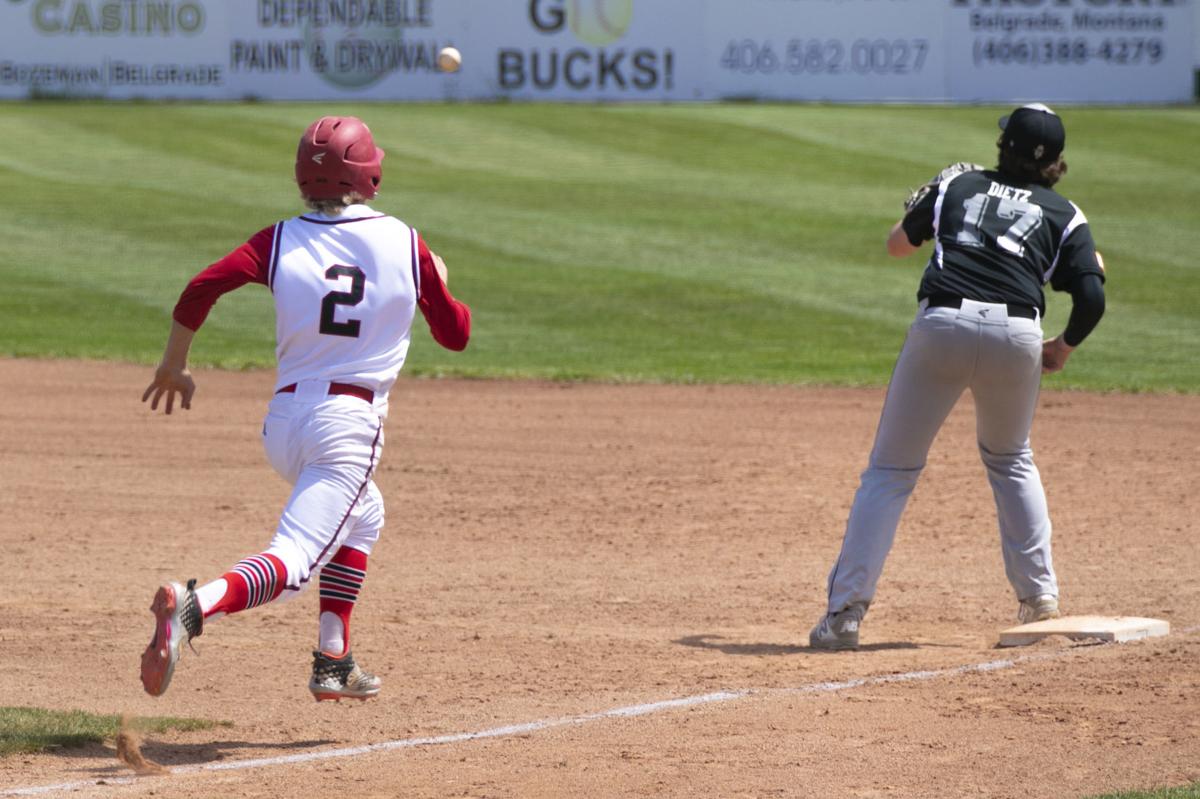 Bozeman's Kelher Murfitt tries to beat out a grounder to the second baseman against Gallatin Valley on May 30 at Heroes Park in Bozeman. 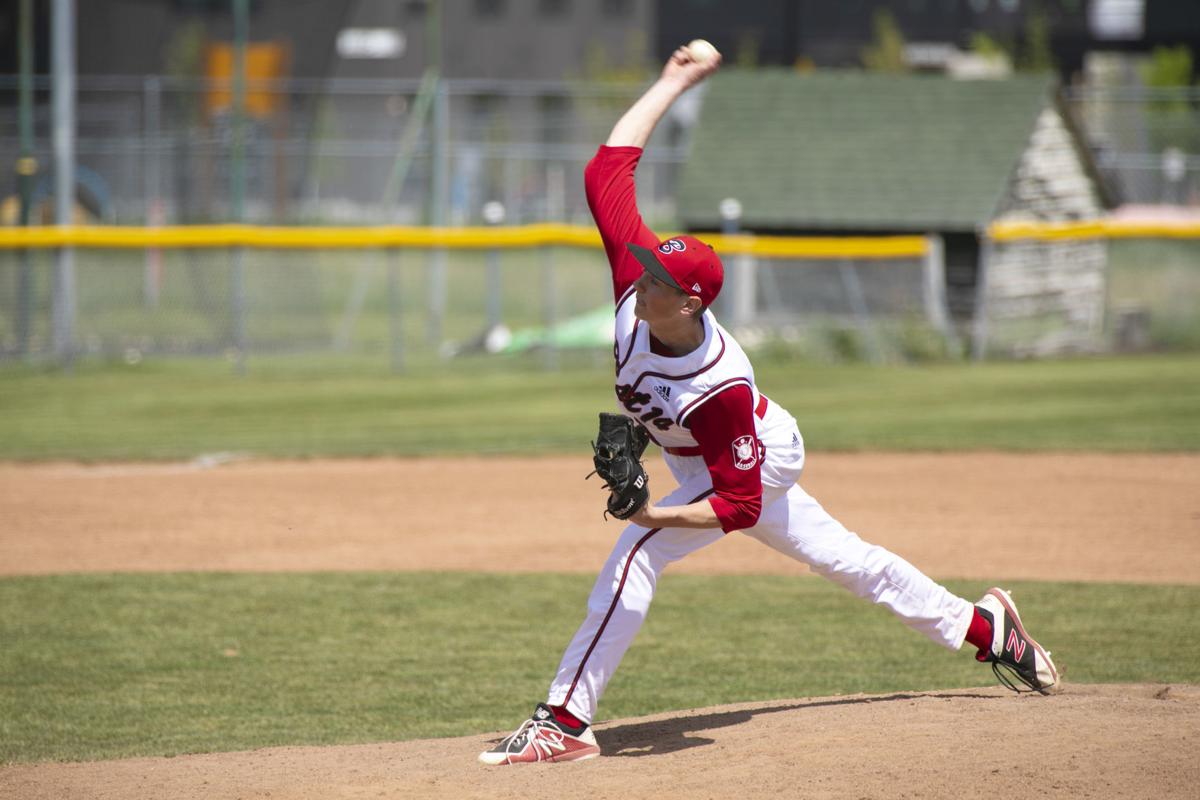 Bozeman's Kelher Murfitt tries to beat out a grounder to the second baseman against Gallatin Valley on May 30 at Heroes Park in Bozeman.

Kelher Murfitt arrived at the first day of tryouts and immediately realized what his role would be for Bozeman this season.

He saw former teammates’ younger brothers. He saw younger players, only in eighth or ninth grade, who could understandably only throw 120 feet. He felt a “weird vibe” but knew being someone others looked up to could be fun if he embraced it.

Murfitt is joined by Ben Hubley, Carsten Simcox and Parker McMan as the Bucks’ four college returners this summer. And those four are part of the larger group of Bozeman players — like Sage McMinn, Alton Gyselman and pitcher Hunter Williams among others — returning from last year’s Class AA championship team. With most of the roster’s core back, the Bucks (10-2) have opened the 2020 campaign right where they left off last season.

Though manager Garrett Schultz emphasized this year’s team seeks to establish a new identity, he acknowledged the value in having veterans. Hubley and Murfitt agreed, mentioning that having players who already experienced the grind of a successful season can only help in the long run.

The next challenge comes 7 p.m. Tuesday at Heroes Park as the Bucks host the Idaho Falls Tigers to open the Bozeman Round Robin Tournament and a stretch of seven games in five days.

“We have some returners from last year leading the way for us,” Schultz said. “We’re not out for a victory lap from 2019. We’ve built from last year and gained some momentum and hit the ground running.”

Hubley, a second baseman, has worked with shortstop Preston Fliehman, who’s gained responsibility on the team this season. The three-year veteran has helped Fliehman understand specific defensive plays. As one of the oldest players on the team, Hubley embraces his status.

Though they’ve been rusty at times, most teammates have a familiarity with the Bucks’ bunt defenses, cutoffs and relays because of the time spent playing together a year ago. They’ve helped younger players calm down whenever nervous by encouraging them and explaining it’s still baseball, just at a higher level of competition.

“We’re all friends here,” Hubley said, “so we just give them a friendly reminder or whatever and tell them, ‘Go get the next one.’”

Murfitt wasn’t initially sure he’d play with the Bucks this season even though he’s eligible based on his age. Once the coronavirus pandemic shut down other college summer leagues, he thought he’d enjoy spending the summer in Bozeman.

He then recruited Hubley to play, McMan was on board from the start and Simcox eventually jumped in too, Murfitt said. Twelve games into the season, he suspected they were all enjoying the experience. And with just two losses thus far, the season was off to an enjoyable start.

“All these guys are all like family,” Murfitt said. “It’s just fun to come back. It’s like hanging out with your buddies in the field all day. Can’t complain about that.”

In prior years, Murfitt had always been one of the younger players on the team because of his age. He’s eligible to play because he didn’t turn 19 until after Dec. 31. Now as one of the oldest players, he’s focused on setting an example.

Through 12 games, Murfitt has been hit by 13 pitches, an aspect of the game he uses as an effective way to reach base. As Bozeman’s leadoff hitter, he’s scored 17 runs.

“You kind of got to be a role model no matter what you’re doing on and off the field,” Murfitt said. “Can’t mess up. Because you have younger guys looking up to you from the B team to even on our own team.”

Hubley has also contributed significantly, like when he ripped a triple to left field in the sixth inning of Friday’s 14-4 win against the Billings Scarlets. The play drove in two runs, putting the Bucks up by 10 and ending the game due to the mercy rule.

Schultz described Hubley as a leader who brings a steady, calming presence, in part because of his prior experience.

And he’s not the only one.

“Our veterans are doing a nice job,” Schultz said.