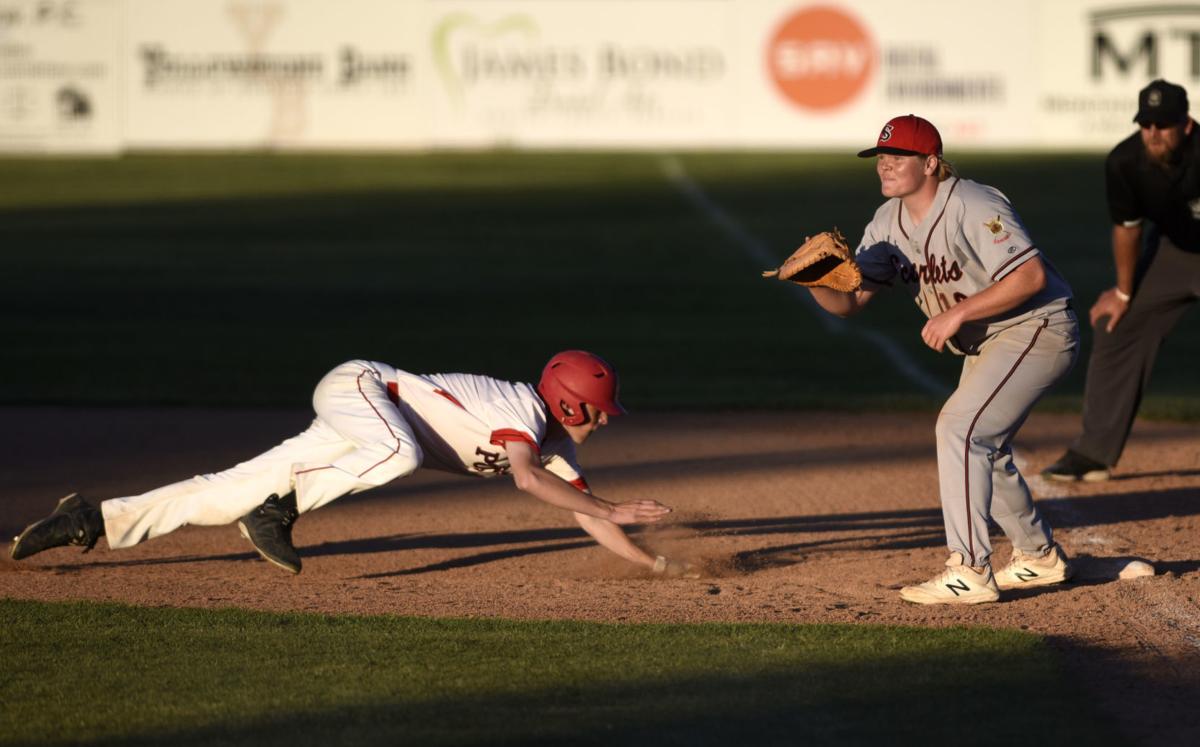 Bozeman runner Parker McMan slides back to first during a pickoff attempt on June 5 at Heroes Park. 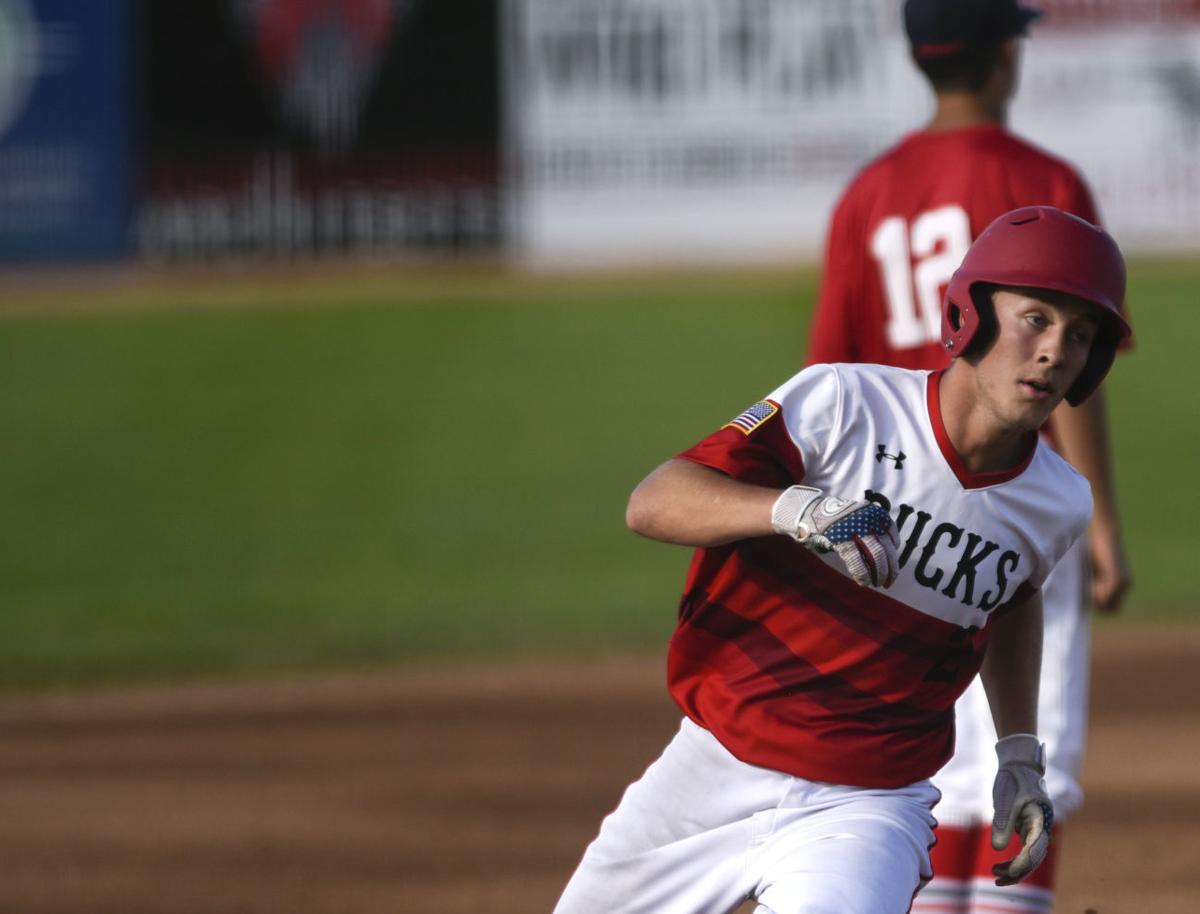 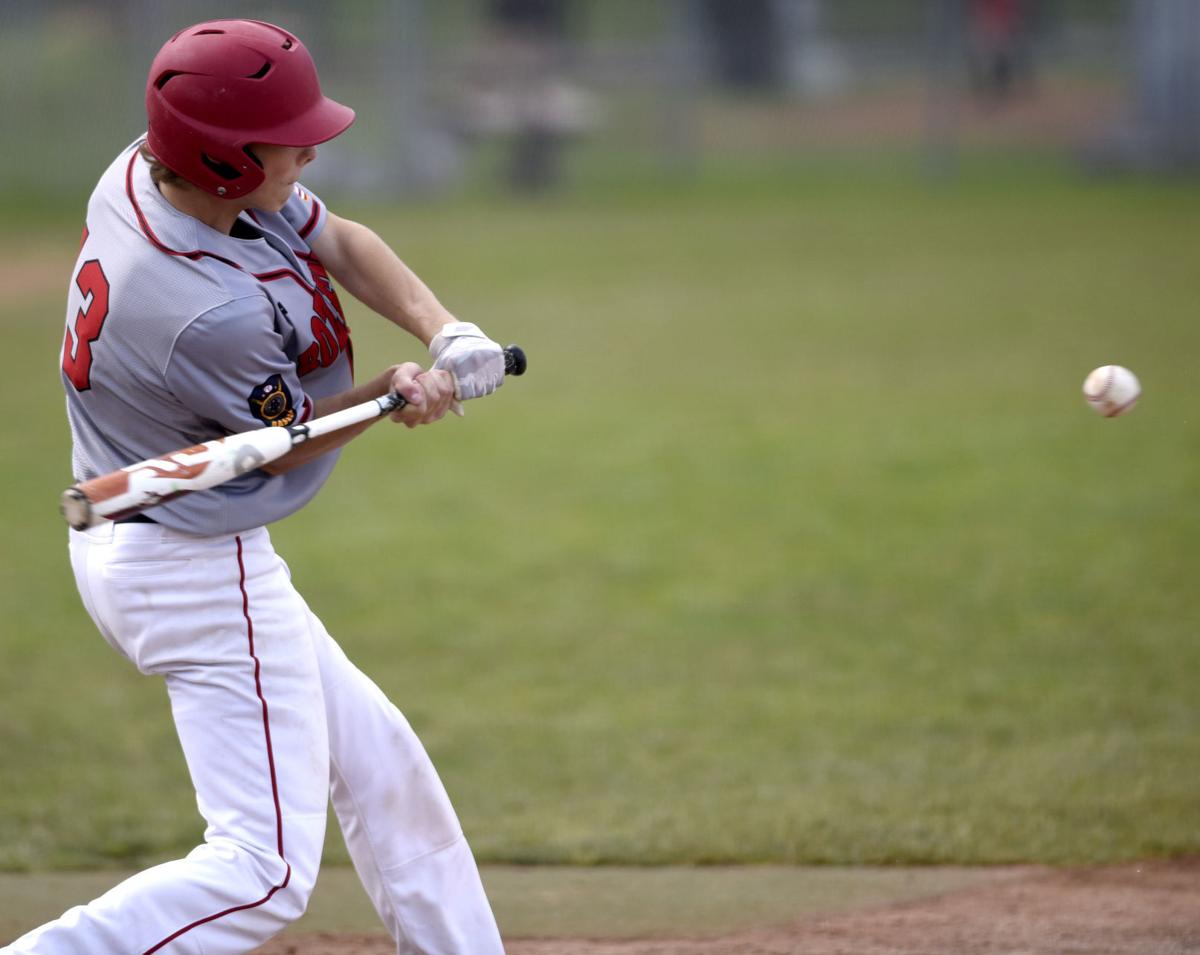 Bozeman runner Parker McMan slides back to first during a pickoff attempt on June 5 at Heroes Park.

It was 1962. Bozeman is still a win away from breaking that drought. And even if the Bucks lost for the first in weeks, Schultz, Bozeman’s manager, hasn’t lost his confidence in his team.

The Bucks lost for the first time since July 21, snapping a nine-game winning streak, in a 6-3 decision to Idaho Falls in their fourth game of the Northwest Regional on Saturday in Lewiston, Idaho.

“Everybody here is really good, and we made a couple mistakes we haven’t been making,” Schultz said. “For the most part, we played really well today, but Idaho Falls is very aggressive and took advantage and got us on our heels a couple times. That was the difference in the ballgame.”

Despite the loss, Bozeman remained in the tournament because it was the last unbeaten team remaining in the double-elimination format. Thus, the Bucks will still play in the regional tournament at 5:30 p.m. Sunday for a berth in the American Legion World Series, which begins Thursday in Shelby, North Carolina. Bozeman will take on either Idaho Falls again or Kennewick, Washington, which the Bucks beat 5-0 in the second round.

“This team has earned the position we’re in right now,” Schultz said. “We’re ready to play for a regional championship.”

The Bandits put pressure on Bozeman early by stealing home in the first inning, but the Bucks tied the game back up on a one-run single by Zander Petrich in the third.

The Bandits, though, hit a solo home run in the following inning on a 3-2 pitch in an at-bat that included 11 foul balls and 16 pitches total. Idaho Falls added another run in the fifth, two more in the sixth and another in the seventh.

Though the Bucks (54-17) committed only two errors, Schultz said the Bandits took advantage of Bozeman’s mistakes. Petrich added what Schultz said was “a big double” for another RBI in the sixth, and Petrich scored on a wild pitch later in the inning, but it wasn’t enough to eliminate the deficit.

“Our effort was there,” Schultz said. “We just didn’t see the baseball as well as we have and didn’t score enough runs. And I thought our guys competed really hard.”

The double by Petrich, who finished 2 for 4, was Bozeman’s only extra-base hit. Kelher Murfitt was 2 for 3 with a run scored and Sage McMinn added Bozeman’s only other hit.

Parker McMan started the game for the Bucks, allowing three runs on six hits while striking out three batters and walking two in 4 1/3 innings.

“I thought we played a really good ballgame,” Schultz said. “Our pitchers really competed. Idaho Falls was just a little bit better than us today.”

After the game, Schultz reminded his players to trust in each other. To be confident in their progress so far.

To forget the loss and move on.

“We get to play for the regional championship, something that’s extremely rare for teams from Montana,” Schultz said. “There’s a lot of teams that would’ve loved to have been in this position. We’re going to go out and compete tomorrow and give it everything we’ve got. I think we’ve got a great shot.”