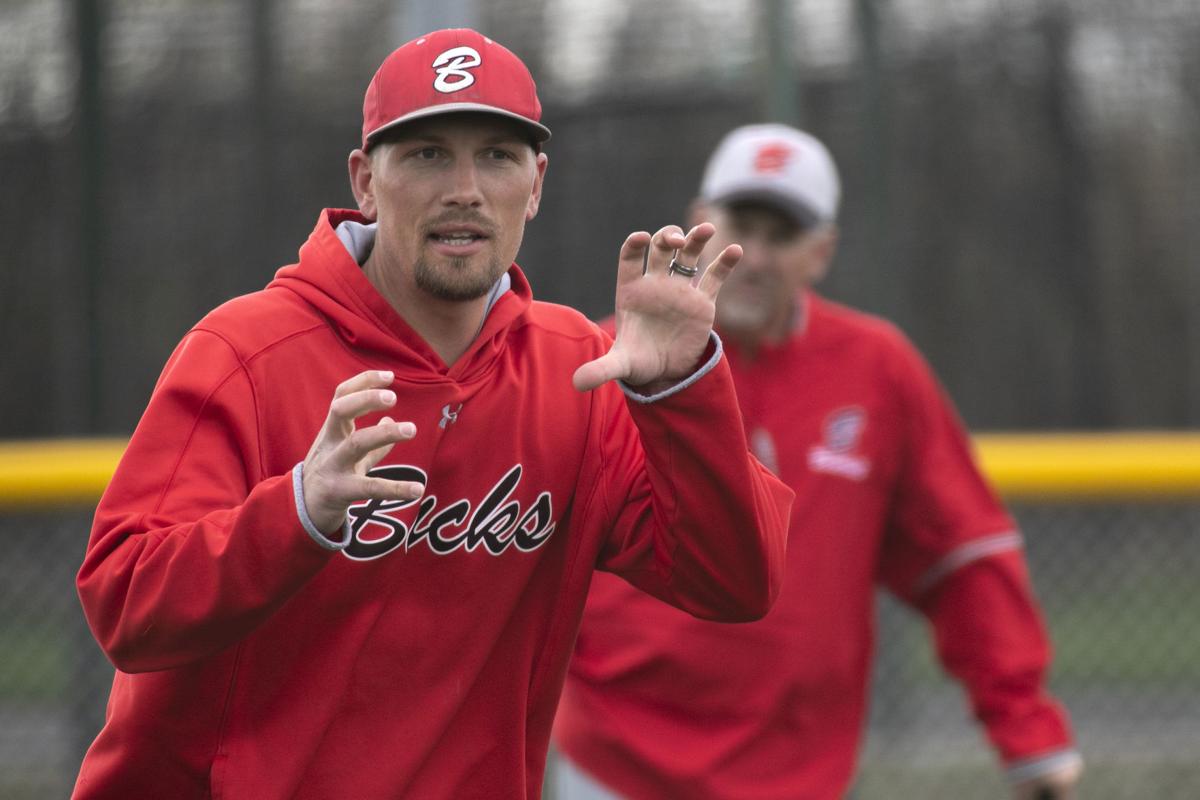 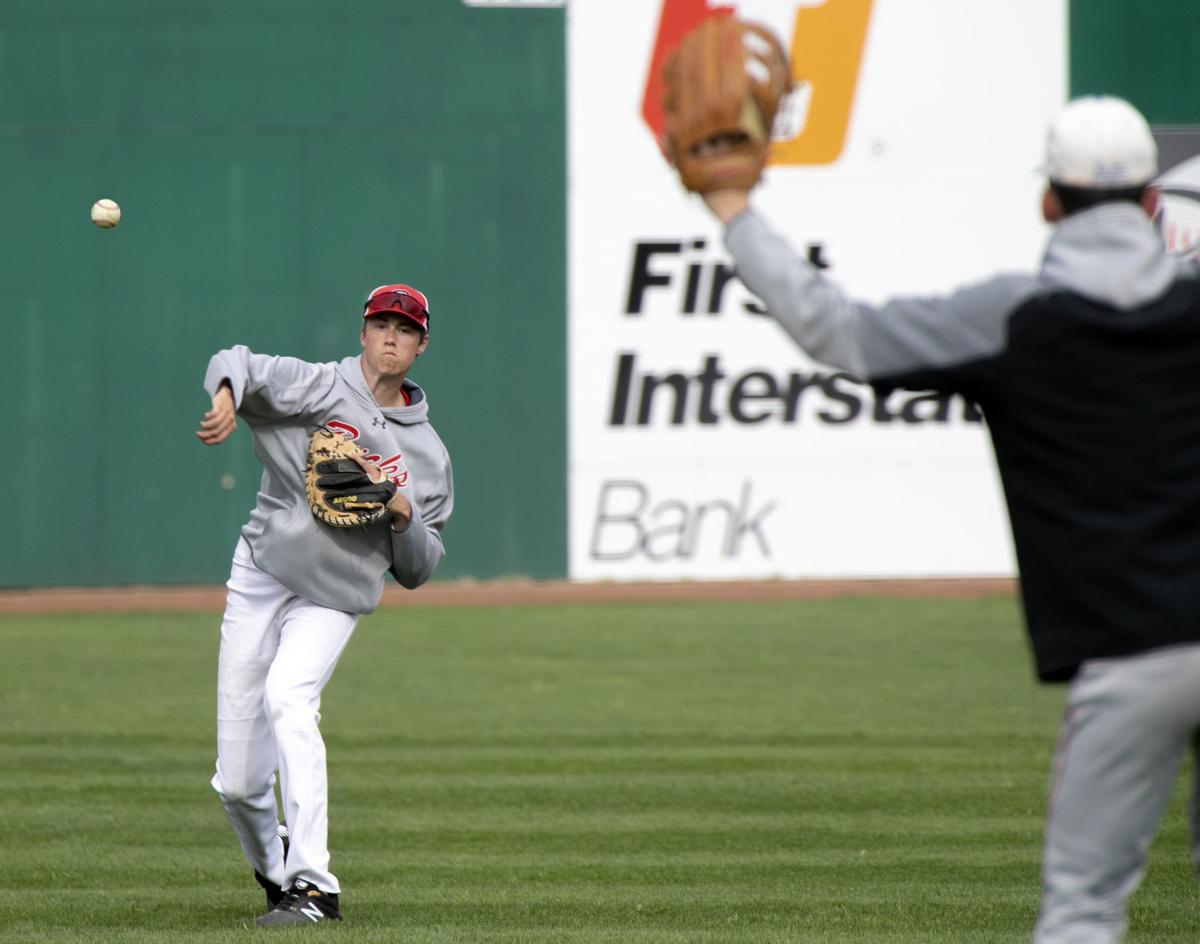 As the sun set over Heroes Park on Tuesday evening, Garrett Schultz hurried to set up batting cages.

The Bozeman Bucks manager had much to do. He already had his team’s first practice scheduled for the next day. He’s prepared for this before, but this time was maybe more important than ever.

“Baseball can be really healing for our community,” he said over the phone.

To make this happen, he wanted hand sanitizer available as soon as anyone walked onto the facility. Shared equipment like helmets or catcher’s gear, which should be used sparingly anyway, should be sanitized after usage. Each of his players should have their own bat, baseball and batting and catching gloves.

And Schultz couldn’t stress it enough: He demanded everyone in his program stay six feet from each other.

He was willing to go through levels of officials and precautions just for this. After weeks of being prevented from any baseball-related activity due to the coronavirus pandemic, the Bucks practiced for the first time on Wednesday as Montana slowly reopens the state.

“We’re going to follow what the health professionals are telling us, and we’re going to be really strict in following their guidelines and recommendations and requirements,” Schultz said. “We’re taking it really seriously.

Gov. Steve Bullock announced his phased reopening plan beginning this week. Schultz said that spearheaded discussions between coaches and American Legion commissioners around the state, and the commissioners interpreted Bullock’s announcement as a green light to begin practices as long as they were in small groups and maintain social distancing.

The Bucks also had to receive approval from local health officials and the Gallatin County Fairgrounds because of where they play.

To follow guidelines established by health professionals, Schultz split his practices into two sessions, an hour and a half each. Three groups of eight players separated within the facility, one in left field, one in right and another cycling through the batting cages while coaches evaluated from a distance.

The first few days were intended for tryouts, which were originally scheduled for March 25. Schultz said he would select his roster after five days, then begin full practices.

During the first phase of Bullock’s plan, Schultz said indoor structures like locker rooms and dugouts wouldn’t be used.

“I’ll take what we can get at this point,” Schultz said. “This is a step for us and a step for our state. We’re going to do our best to set a good example and really do what we can to lessen the risk of the (COVID-19) spread. But we know as a community and as a country at some point we have to take steps to get things back to normal, and our health professionals are allowing this first step. So we’re going to take that and be grateful and hopefully build on it.”

While he remained connected with the rest of the team during weekly video conference calls, Bozeman’s Brady Higgs was relieved he could finally see his friends on the diamond in person. Higgs worked out on his own to remain ready in case practice or games ever became a possibility.

Remaining distant, he said, didn’t keep the team from running through the drills they needed to. He feels it’s an important step toward normalcy, however long that may take to reach.

“It was definitely a lot better than I thought it would be going in,” Higgs said. “If it’s six feet that we have to be apart, I think all of us can deal with that. Six feet is a lot better than staying around the house. Being there was great.”

Bucks senior Sam Schmidt said the first practice went smoothly. He felt comfortable as long as his teammates followed the rules, which they did.

However, he admitted practicing with no timetable to begin actual play felt strange. The Bucks were originally going to compete in mid-April, but Schultz said games likely wouldn’t happen until Phase II of Montana’s reopening plan. He hopes that happens by sometime this month.

“It’s absolutely weird,” Schmidt said. “I’m having very high hopes, and I’m very confident that we’ll be playing games here very soon. Obviously, they want to do everything they can to give their seniors one last shot.”

The American Legion World Series and regional tournaments were called off in April, which Higgs said he was “a little bummed” about. That means that if games happen in Montana, the furthest a team can go is to the state championship.

Considering the Bucks secured the Class AA title last year, they believe they can win it again.

“I think we have a phenomenal team, and I think we have a shot for a repeat as state champs,” Schmidt said. “It’s going to be that much more competitive to win that state title, because after that, it’s over.

“We want to go as far as possible and get that state title. Everybody is going to want it a lot more — a lot more. It’s much of a bigger deal. The game plan is let’s go back and do it again.”