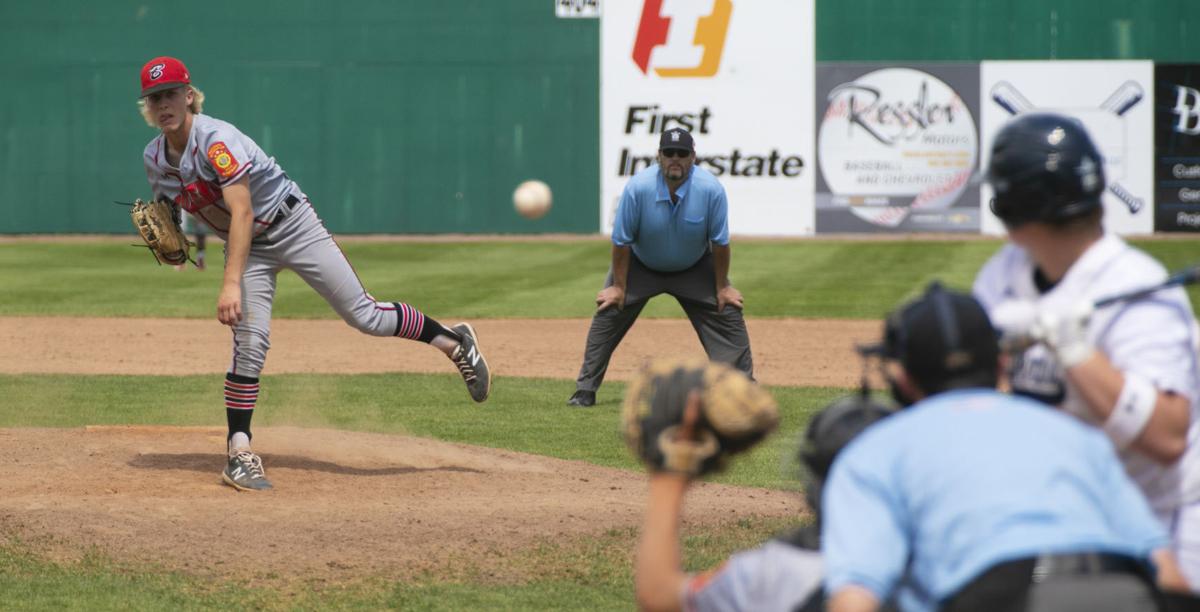 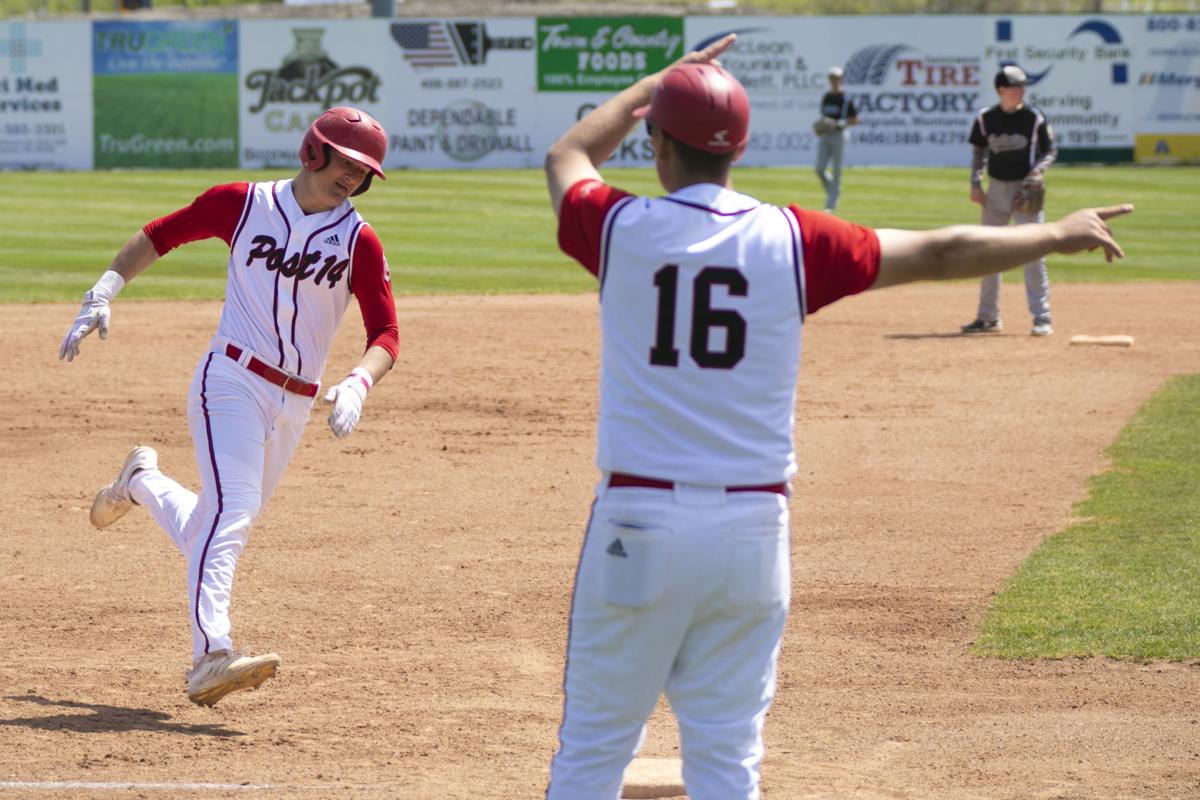 Bozeman’s Sage McMinn rounds third and heads home against Gallatin Valley on May 30 at Heroes Park. 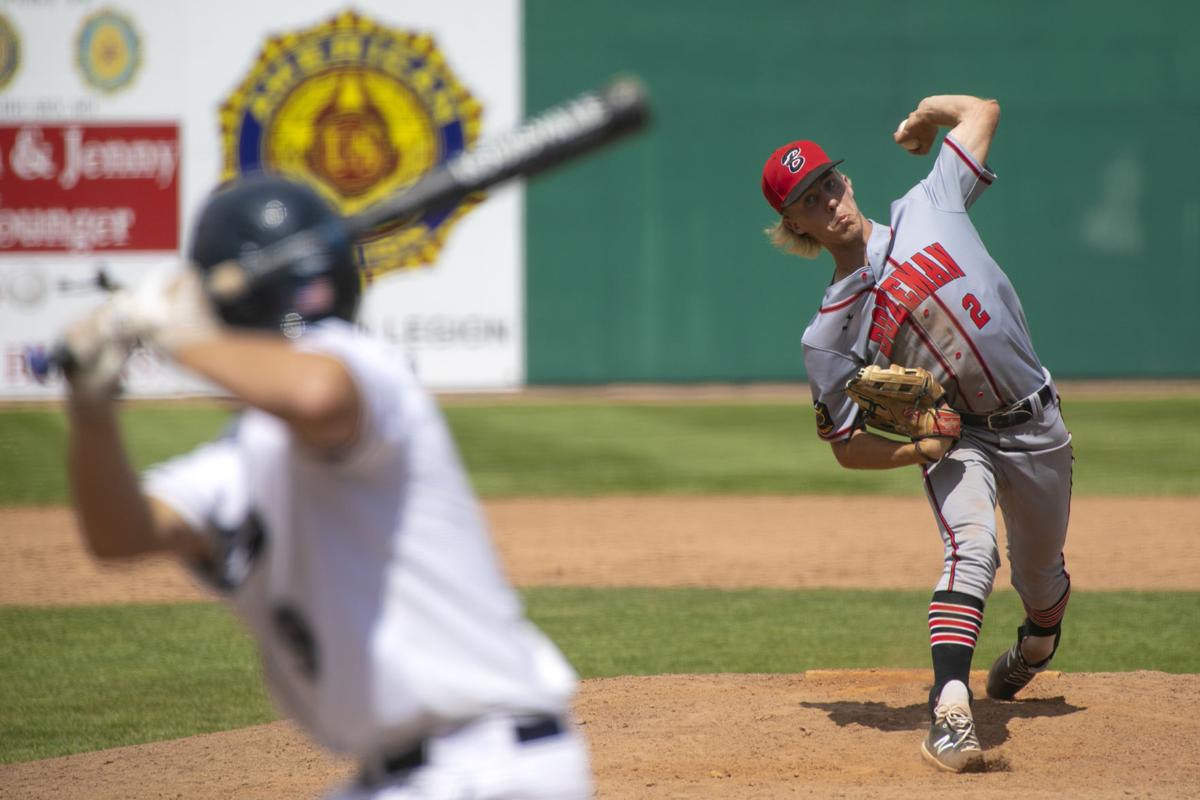 Bozeman’s Sage McMinn rounds third and heads home against Gallatin Valley on May 30 at Heroes Park.

Though it’s not his favorite place in the world, Kelher Murfitt was content in Arizona.

He was ready to play at Park University this spring after years of playing for the Bozeman Bucks. But his season was canceled in mid-March because of the coronavirus pandemic, leaving Murfitt to find a new plan.

He traveled back home. He took care of his online classes. Then he spoke to Bucks manager Garrett Schultz about returning to the team, which then led to discussions with the coaching staff at Montana State Billings about transferring there.

Though Murfitt has faced uncertainty, he’s happy with where he ended up. MSUB won’t play games this fall, but he can still practice with his new team. And he’s content with another Bucks season.

“It’s kind of like a double-edged sword,” Murfitt said. “Yeah, there have been some games taken away, but then again, we’re still allowed to play some games, and that’s what matters. We have a really good opportunity to play games in Montana, which I know kids in other states don’t get those at-bats in those games that we’re getting.”

Bozeman, which secured the top spot in the state standings, will hope to repeat as the state champion at the Class AA tournament next week in Helena. But even if they win, the Bucks can’t move on because the American Legion World Series and regional tournaments were canceled because of the pandemic.

So after that, multiple Bozeman players will have to grapple with changes to their college plans as a result of health and safety precautions. For now, though, they are enjoying the last few opportunities they have to play with the Bucks.

“Definitely not an easy situation to be a high school senior in 2020,” Schultz said. “Everybody’s plans have been affected.”

Murfitt is still eager to play for MSUB despite the tribulations on his path to this point. But when he does begin to play, he will have to face tough competition to earn playing time.

Not only will he be the new, young player, he may have to compete against seniors with an extra year of eligibility, which was granted after the NCAA canceled spring sports. Schultz mentioned the possibility of Murfitt having to redshirt, allowing him another season to develop.

“I know it’s going to make me work a lot harder if I’m going to want an opportunity on the field,” Murfitt said. “(Those seniors) are going to have a lot more reputation and respect. Coach knows them. It will be tough for me, for sure, with all those returners.”

Alton Gyselman has a scholarship to play at Yavapai College in Prescott, Arizona. This was his dream since he was young while growing up in a baseball family. His father, Jeff Gysleman, was selected in the MLB draft and is now an assistant with the Bucks.

While fall classes will be mostly remote, Gyselman plans on moving so he can practice and scrimmage with his team. He said the junior college is still planning on a spring season.

Though this is a new program with new teammates, Gyselman doesn’t view the alteration as an issue.

“I’m sure it’s going to be a little new at first,” he said. “Everybody needs to adjust to change. But I think that going to a new team is going to help me get better. I’m going to bond with all these players I’m going to go play with. So I think it’s just another story along my journey.”

Prioritizing in-class education, Sage McMinn searched for a new college option. He was originally planning on attending Lassen Community College in Susanville, California. But because of the state’s health restrictions, he began exploring other opportunities.

He’ll now be attending Garden City Community College in Kansas. There, he hopes to play in the fall and not deal with online classes, which he felt he would struggle with.

McMinn anticipates the near future will be strange. But once he’s there and meets his new teammates, he hopes baseball and school will all feel normal again.

He said baseball “means the world to me. It’s my one and only dream I’ve had since I was a little kid.” So the adjustments are worthwhile.

“It’ll be weird for sure,” McMinn said. “It’s going to be a whole new ball game.”

Schultz believes playing for the Bucks has taught his players how to remain poised in the presence of unpredictability. He’s pointed out the coronavirus is mostly out of their control, so he wants them to focus on the aspects of life they can influence.

McMinn believes he’s learned to “play your heart out until you can’t play anymore.” Murfitt added how his time with the Bucks taught him to value every opportunity he has to play.

Schultz also tells his players to invest themselves in the moments ahead of them. With the Bucks, they need to remain fixated on each next challenge.

For now, that’s next week’s state tournament. In baseball, Gyselman finds normalcy. He’s fine with keeping his attention on that.

“I see it as my comfort, as my place I can go be myself and really just get away from all of this,” he said. “When I’m out on a baseball field, I don’t feel any worry of the world, about coronavirus or any problems really.”