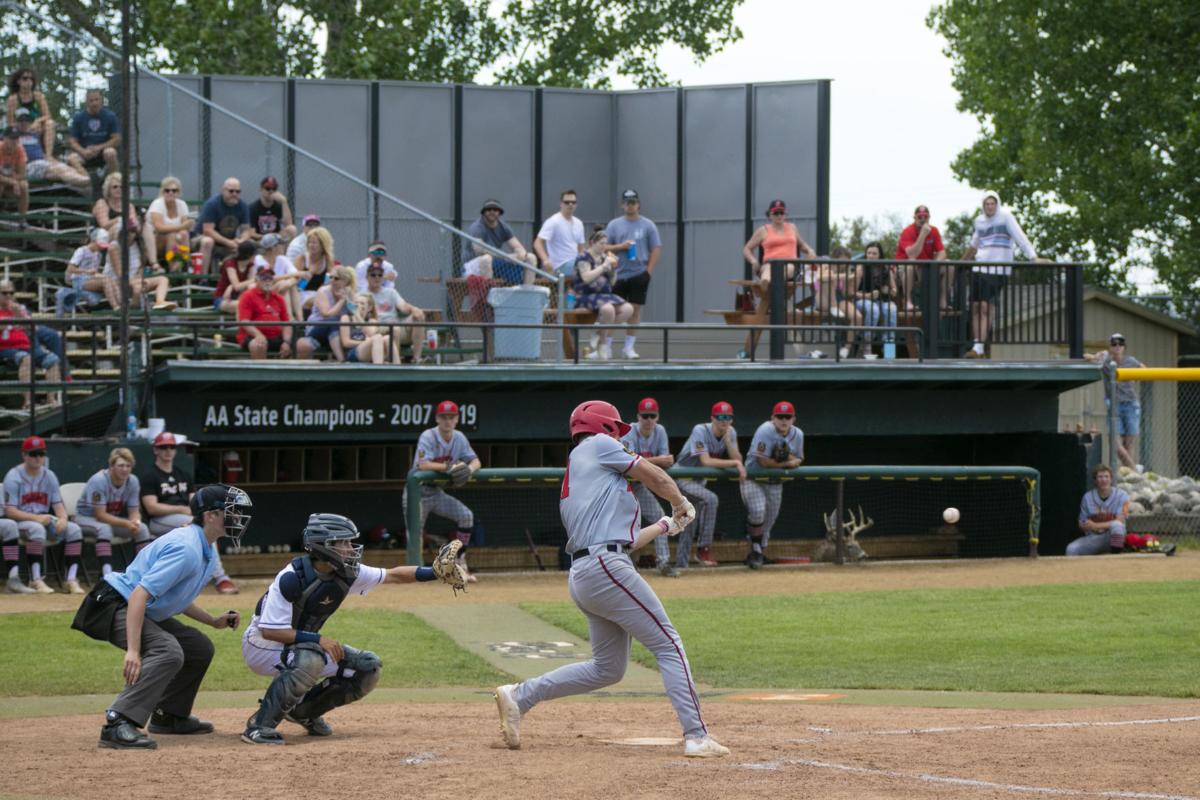 Bozeman’s Sage McMinn swings at a pitch against Missoula on Saturday at Heroes Park in Bozeman. 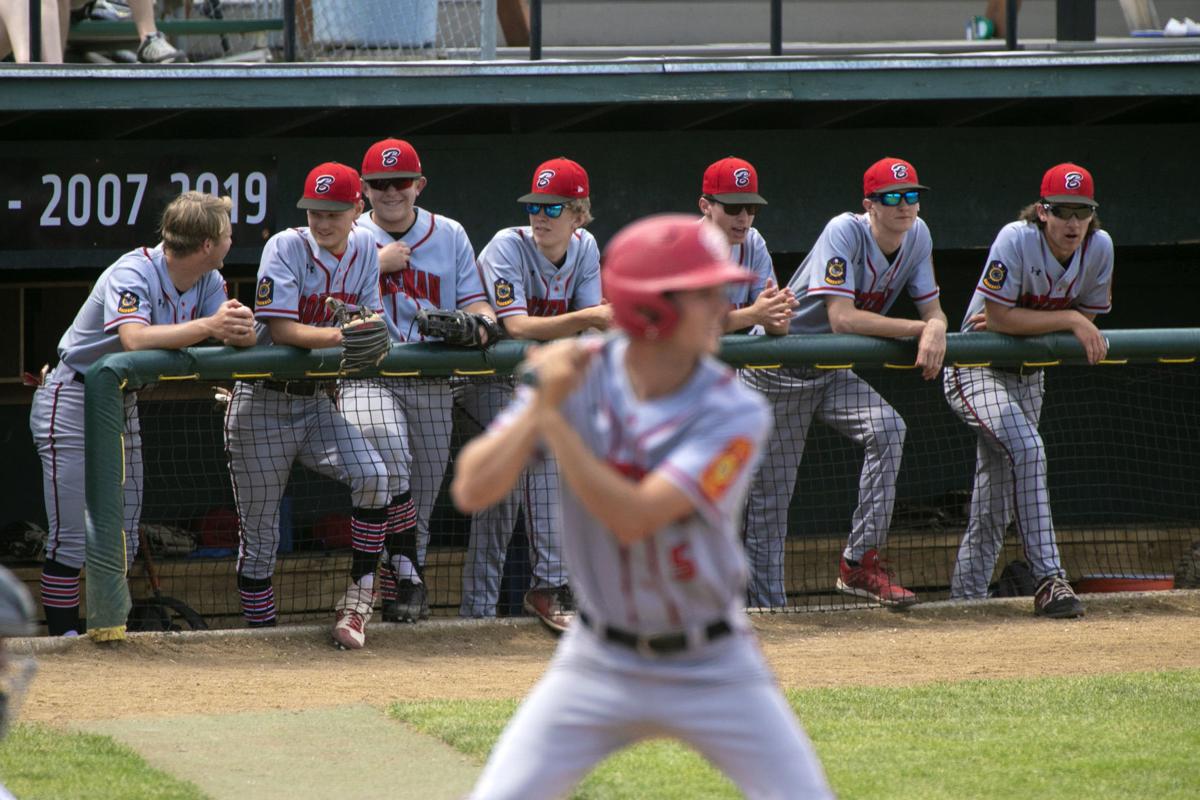 Players on Bozeman's  bench watch their teammate take an at-bat against Missoula on Saturday at Heroes Park in Bozeman.

Bozeman’s Sage McMinn swings at a pitch against Missoula on Saturday at Heroes Park in Bozeman.

Players on Bozeman's  bench watch their teammate take an at-bat against Missoula on Saturday at Heroes Park in Bozeman.

Before the fifth inning, an umpire told both teams he was going to start using a larger strike zone to speed up the game. So with that in mind, Sage McMinn wanted to be aggressive by swinging at the first pitch.

As his drive to left-center soared through the windy air, fans at Heroes Park fell silent. When the ball landed beyond the wall, they roared.

McMinn stomped his foot on home plate, where he met Ben Hubley who also scored on the two-run home run. On the way to the dugout, they each held their helmet and bumped it into their congratulatory teammates’ fists.

McMinn’s homer in the fifth pushed Bozeman’s lead from one run to three and created the separation needed for the Bucks to finish off a 12-8 win Saturday against the Missoula Mavericks at Heroes Park.

“Fastball right down the middle, that’s what I’m looking for,” McMinn said of his homer.

The win capped a six-win week as the Bucks (16-3) only dropped one of their seven games in the Bozeman Round Robin Tournament. They scored in double digits in five of the seven contests. Logan Pailthorpe preceded McMinn with a homer of his own in Bozeman’s seven-run second inning. It was another dominant offensive outing in a week, and a season, full of them.

The Bucks scored nine of their 12 runs Saturday with two outs and made necessary adjustments given the tendencies of their opponent and outdoor conditions. But the groundwork was laid in years of working together with coaches, now only needing to make minor tweaks from situation to situation.

“We have a lot of guys who have been in this program for three years now,” Potkay said. “They’ve had a lot of time to work on some of the things we talk about, which is really to use the big part of the field. We’re aggressive when it’s in the zone.”

Since Potkay estimated the wind was blowing toward the outfield about 40 miles per hour, the Bucks wanted to put pressure on fielders and force them to make plays by lifting the ball.

“That’s what I was trying to do, just put a ball in the air and it’ll go,” Pailthorpe said of his second-inning homer.

In the fifth, Drew Roberts and Kelher Murfitt hit back-to-back singles with two outs. Hubley then reached base on an error that scored both his teammates. McMinn drove in Hubley and the Bucks secured the lead for good.

“That’s what creates momentum in games, being able to score when your back’s against the wall,” Potkay said, “and being able to extend an inning, which obviously we did a really nice job of today.”

As has become a theme for the offense this season, the Bucks relied on two innings to generate 11 of their 12 runs and pull away.

On Friday, Bozeman scored 25 runs in two games. In the seven games this week, the Bucks averaged 10.6 runs per game.

“Our offense is our biggest strength right now,” McMinn said.

Following another successful stretch, the Bucks don’t have much time to rest. They’re set to play three doubleheaders this upcoming week on Monday, Wednesday and Saturday.

After Bozeman took the lead in the fifth, Roberts retired the side in order in the top of the sixth. He struck out a batter to end the frame, jogged off the mound and throughout the stadium’s speakers blasted Jay-Z’s “On To The Next One.”