Bozeman’s Hunter Williams pitches on May 30 at Heroes Park. 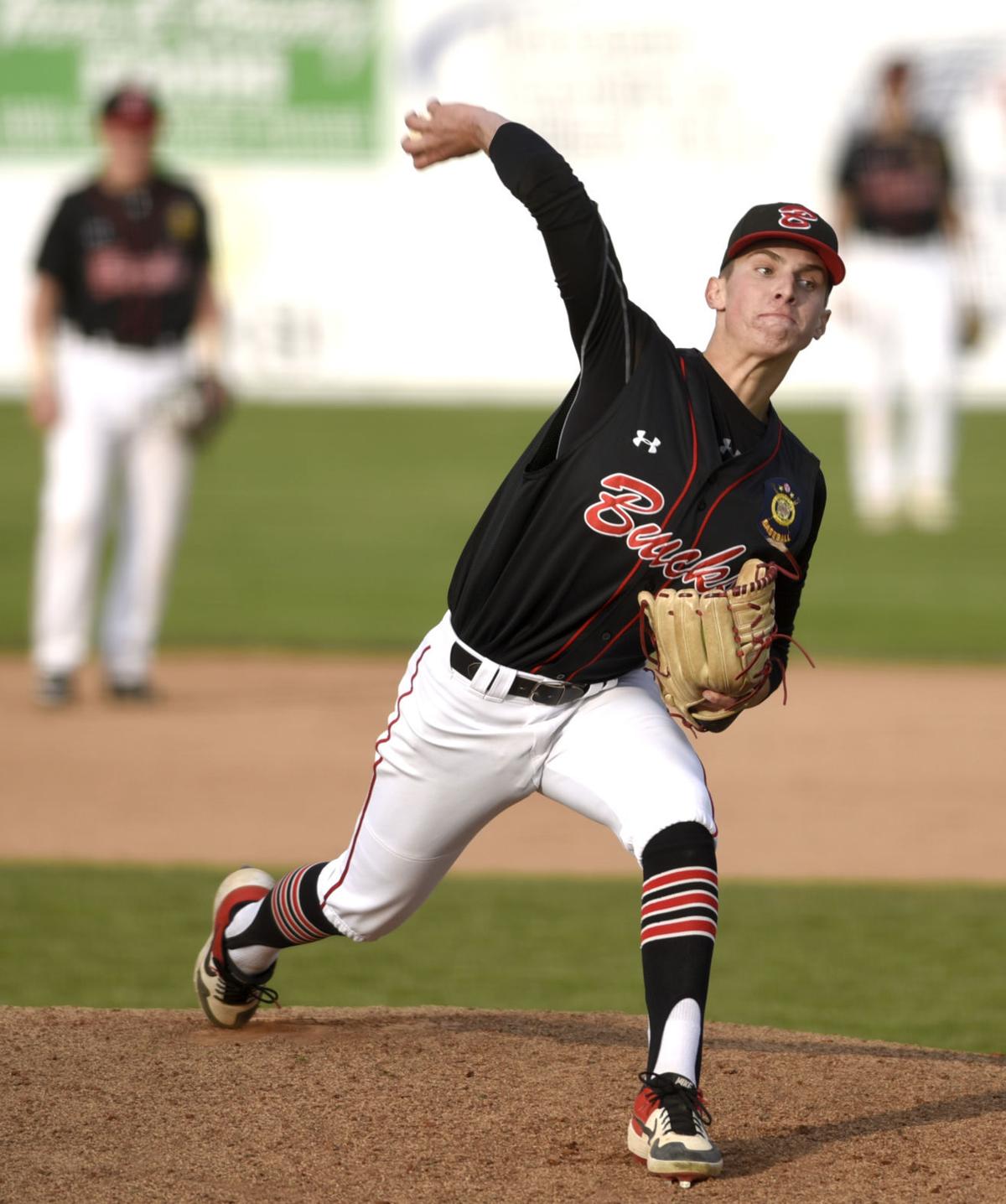 Bozeman’s Brady Higgs pitches on May 31 at Heroes Park. 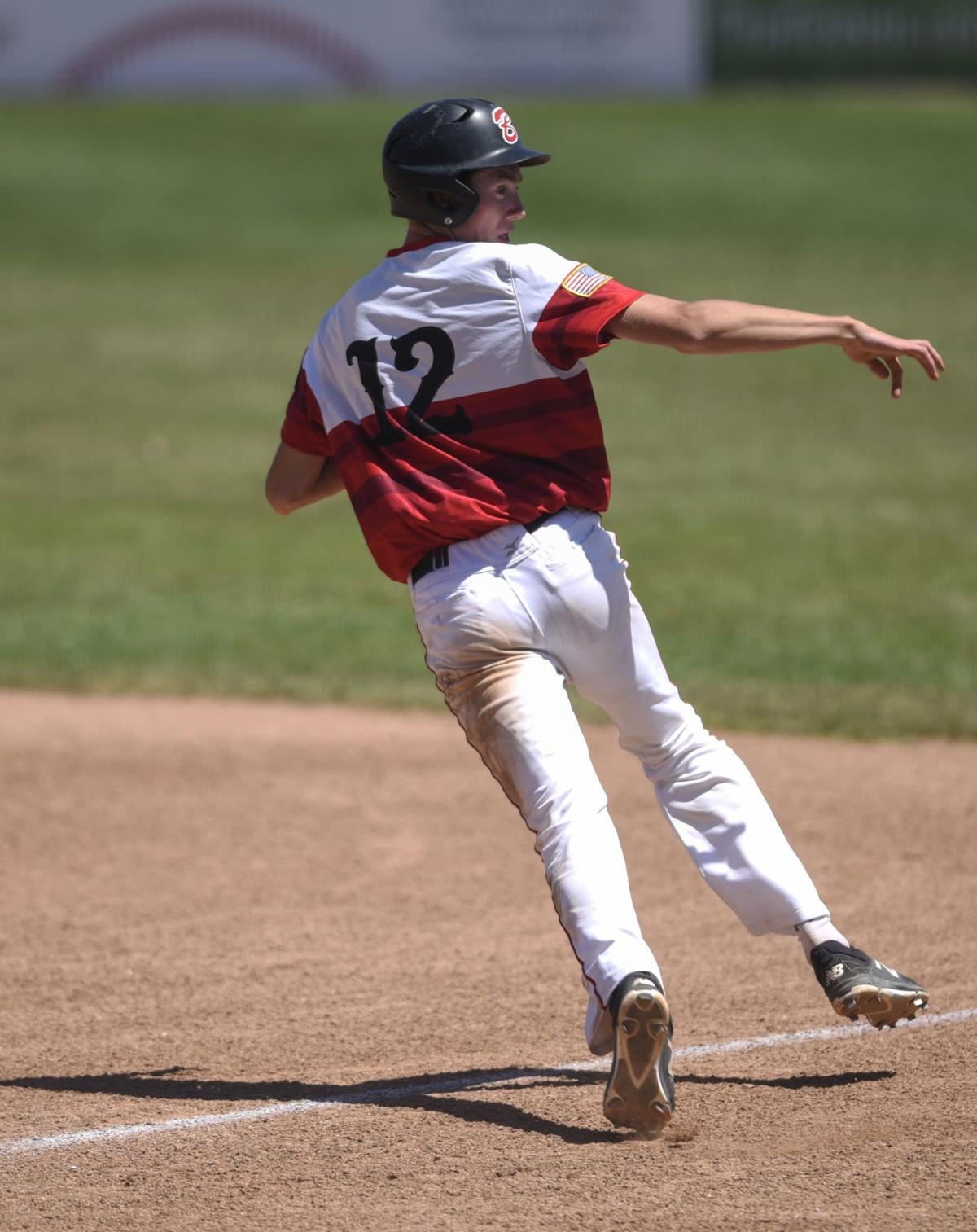 Bozeman's Alton Gyselman glances backward as he makes a run for second base on July 11 at Heroes Park.

Bozeman’s Hunter Williams pitches on May 30 at Heroes Park.

Bozeman’s Brady Higgs pitches on May 31 at Heroes Park.

Bozeman's Alton Gyselman glances backward as he makes a run for second base on July 11 at Heroes Park.

No team meetings, no tryouts, no practice, no open field.

Bozeman Bucks manager Garrett Schultz doesn’t know when that is going to change. But he is hopeful that some semblance of an American Legion season will start at some point this year.

Montana’s American Legion teams and conferences have taken guidance from national officials and the state government and followed the lead of the Montana High School Association by suspending all sporting events due to the coronavirus pandemic until mid-April. The situation will be reevaluated at that time.

“I think it’s so unclear and uncertain right now how it’s going to develop,” Schultz said. “It’s out of my hands and out of the coaches in Montana’s hands on what happens.”

The extent and future of social distancing measures due to the pandemic is unclear. However, Schultz is optimistic because of the flexibility that coaches and American Legion commissioners around the state have shown.

Gov. Steve Bullock issued a stay-at-home order last week that for now will go until April 10. Schultz has been involved in group chats, emails and video conferences to coordinate possible plans.

The American Legion season is long, as evidenced by Bozeman’s 54-18 record in 2019. That leaves plenty of time to squeeze in a shortened season. Schultz threw out the possibility of beginning a condensed conference schedule as late as July and playing state tournaments in August.

The situation continues to evolve as more people continue to test positive for coronavirus around the United States. But Schultz noted those involved with American Legion baseball are willing to wait and find a solution if players are eventually permitted to return to play.

“Everybody is hopeful. Everybody is willing to get creative,” Schultz said. “I think we’re going to hold onto hope as long as we can until either (the American Legion World Series) or the state tells us we just can’t do it. There’s no certain threshold or drop-dead date.

“The coaches and the commissioners in the state are going to try our best within what we’re allowed to do to try and salvage any part of the season that we can.”

Schultz was encouraged about momentum his team established during the offseason. The Bucks, which included over 50 players, trained twice a week. Tryouts were scheduled for last week.

But that never happened. Instead, Montana high schools had to begin online classes, and the Bucks’ practices were called off.

“There’s a lot of new things these kids are dealing with,” Schultz said. “So I definitely don’t want to overload them with baseball. I just want to support them and check in with them and make sure they’re doing OK.”

Last year, Bozeman won its first Class AA championship since 2007 and was one win away in the Northwest Regional championship from advancing to the American Legion World Series. The Bucks will have to stand by and hope they will have a chance to defend their state title in 2020.

“I certainly felt really good about the group of players and coaches that we had coming back,” Schultz said. “There was a lot of excitement going into this year. I think everybody around the state is really missing baseball and really wanting to play.”

Schultz has prioritized to his players that they need to continue to maintain social distancing in order to help slow down the spread of the coronavirus.

Technology has played a key role in how the Bucks have communicated. For example, Schultz began picking out video clips of MLB players’ swings for his players to watch and learn from while they have time to spare.

He’s also encouraged his players to remain active by working out, playing catch with family and utilizing resistance bands to ensure strength is maintained if the season ever begins.

“The kids are obviously a little bit bored and hungry for baseball and just looking for something exciting,” Schultz said. “That’s pretty challenging right now.”