Bozeman’s Ethan Coleman loses his hat while delivering a pitch against Missoula on June 13. 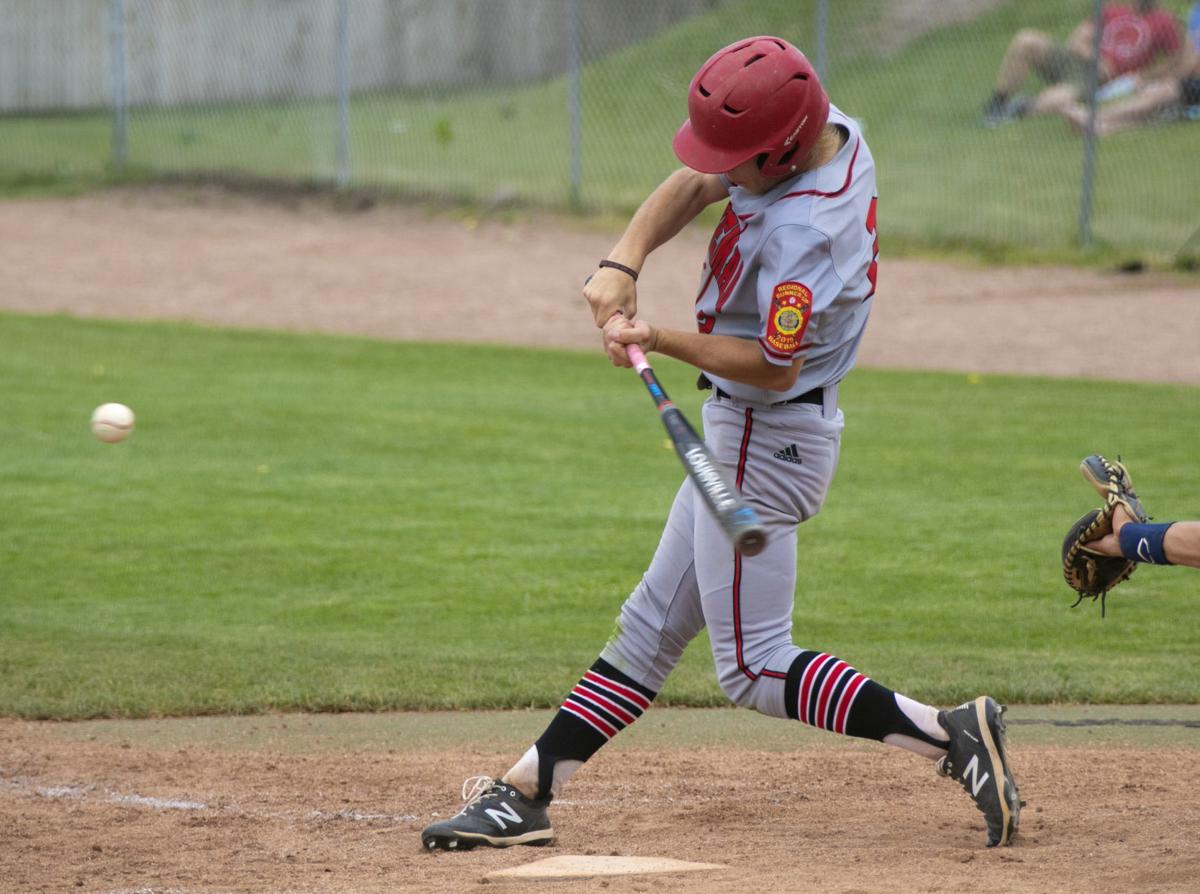 Bozeman’s Kelher Murfitt swings at a pitch against Missoula on June 13 at Heroes Park.

Bozeman’s Ethan Coleman loses his hat while delivering a pitch against Missoula on June 13.

Bozeman’s Kelher Murfitt swings at a pitch against Missoula on June 13 at Heroes Park.

Bozeman wants another chance to prove itself.

The Bucks lost in extra innings to the Idaho Falls Bandits in the Northwest Regional championship a season ago, which would’ve sent Bozeman to the American Legion World Series. Instead, the Bucks’ season ended, and Idaho Falls went on to win the title.

Earlier this month, the Bucks faced Idaho Falls again in a doubleheader, but mistakes cost them as they were swept. Bozeman is thankful to have another opportunity.

The Bucks were set to take on top-notch competition including Idaho Falls and Pocatello, which recently defeated the Bandits, at the Bozeman Heroes Park Invitational Tournament beginning Wednesday. Bozeman first had a matchup with Grand Junction, which won a Colorado state title in 2019.

“It’s going to be great,” the Bucks’ Sage McMinn said. “We’ll see if we’re good enough for these teams.”

Bucks manager Garrett Schultz is confident the tournament will be played as scheduled after the Missoula Mavericks Memorial Tournament was abruptly called off last week by the Missoula City-County Health Department due to health concerns during the coronavirus pandemic.

Schultz contacted the Gallatin County Health Department earlier in the week. He wanted to update officials on how the tournament will be run and ask if any revisions were necessary. Schultz maintained that his program is continuing to follow social distancing and sanitation directives.

He wasn’t yet worried about further restrictions. He said local health professionals have been “really good and reasonable” and that he was looking forward to continuing to work with them.

“We’re trying to do everything we can,” Schultz said. “We’re open to whatever our health professionals think the best practice is. We sure think we can host a good tournament here and still distance and be safe. I think we’ve been pretty well supported (by health officials) the whole way through.”

After losing in a doubleheader sweep to the Kennewick Outlaws on Monday, the Bucks entered their home tournament at 18-7. They’ve thrived offensively after returning several players from last year’s Class AA championship team.

The Bucks were looking forward to a new challenge from other teams. They’re eager for Thursday’s rematch with Idaho Falls.

On June 15, the Bandits scored five runs in their final two innings at the plate and took advantage of Bozeman’s four errors in a two-run victory. Then in the nightcap, Idaho Falls totaled 10 runs on eight hits en route to a sweep.

“It should be real fun,” Bozeman pitcher Hunter Williams said with a smile. “I want to see how well we can do.”

McMinn said those past losses fuel the Bucks, motivating them to play at a higher level. That’s exactly what Schultz hoped for when he made Bozeman’s schedule. He wants to match up with opponents who will challenge the Bucks and capitalize on their mistakes.

Schultz added he was glad Bozeman could host high-caliber teams without traveling. He’s built up relationships with many coaches after the Bucks traveled thousands of miles the past few years. He believes the reputation that Bozeman has built draws in better competition.

“I think that’s a lot of how you get teams here,” Schultz said, “is you go out, win some games and carry yourself right and teams will want to play you.”

Win or lose, the Bucks hope to improve. By playing formidable teams, they believe they will be better suited to make another run at a state title.

“It helps us get better as a team because we learn how to rely on others and what the strength and weakness of every person is,” Williams said. “You learn to work around that and how to beat these really good teams, which allows you to go play any other team and use those same tactics on them, and you can really dominate out there.”