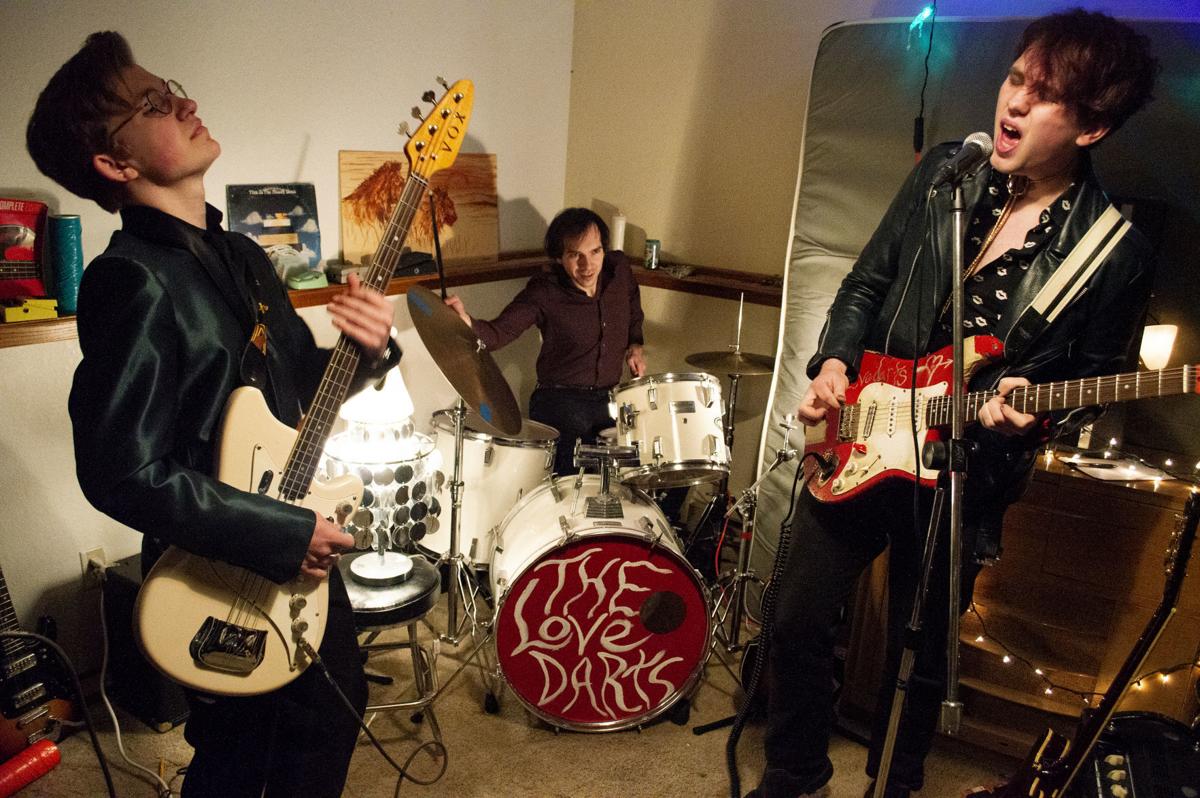 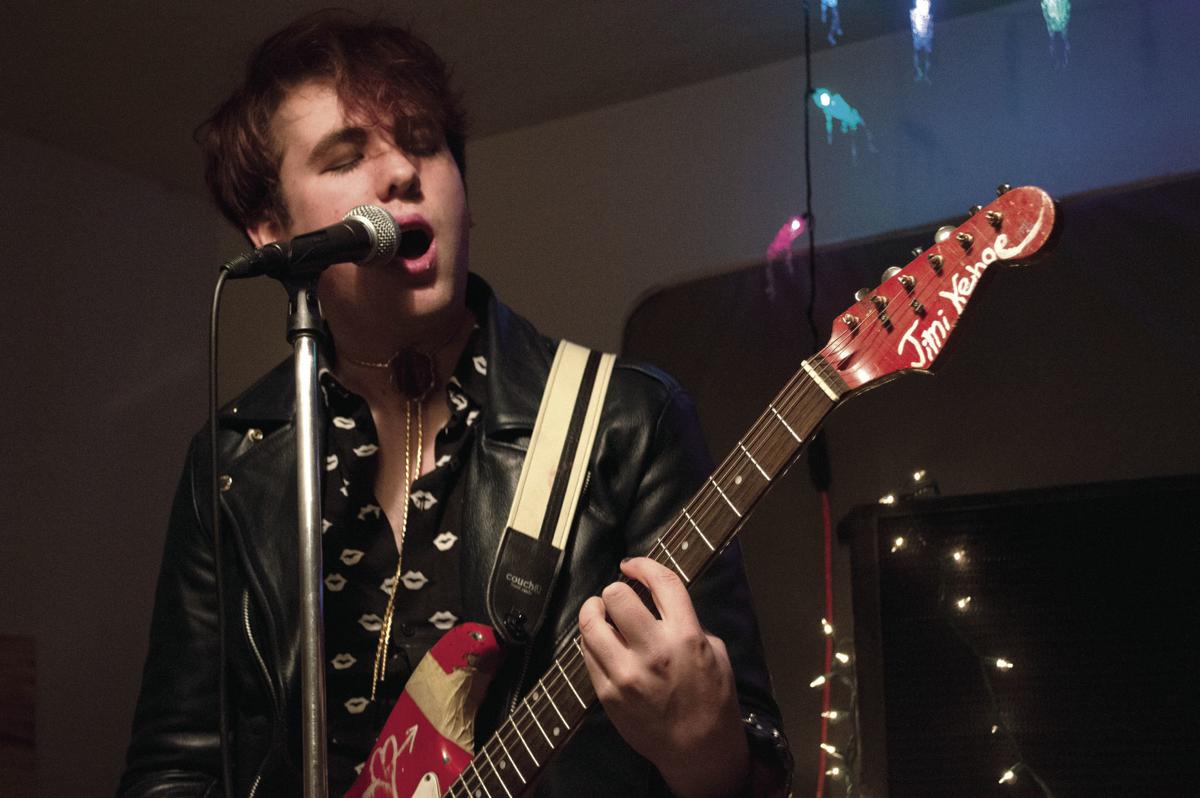 Jimi Kehoe, lead singer and guitarist of rock band The Love Darts, practices in his basement on Feb. 6. 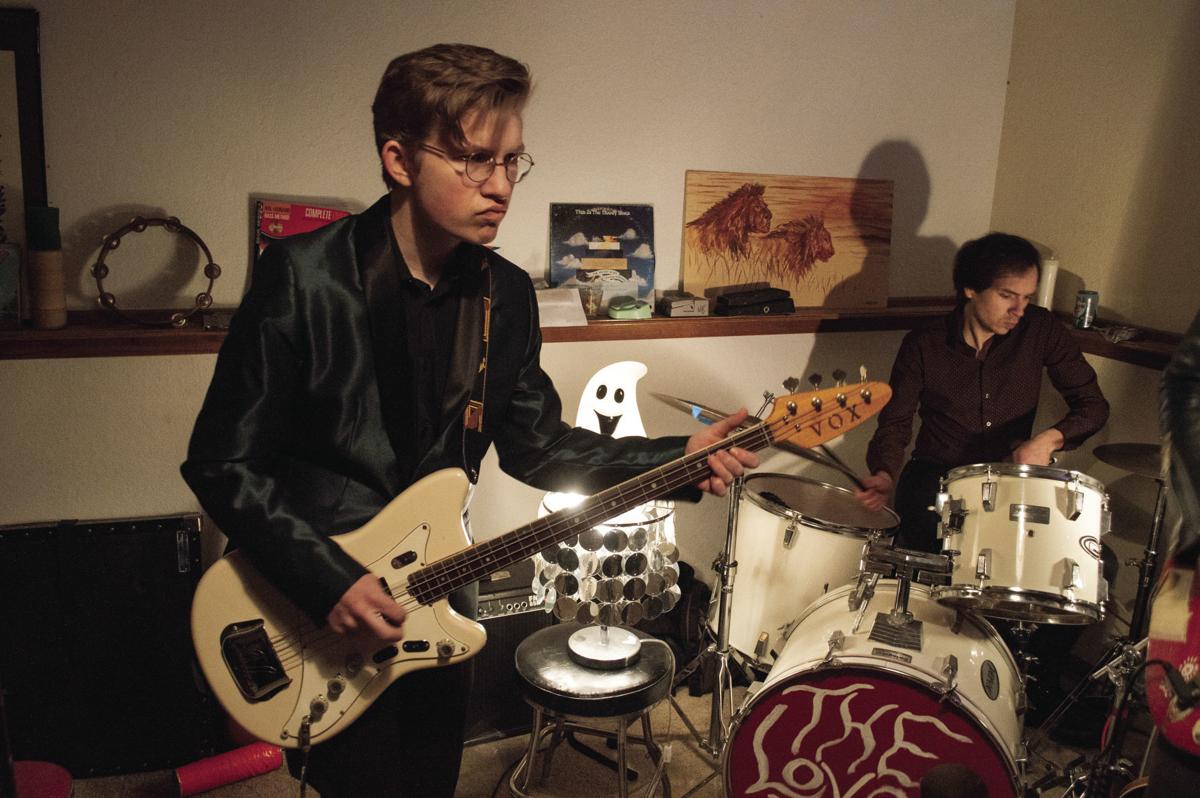 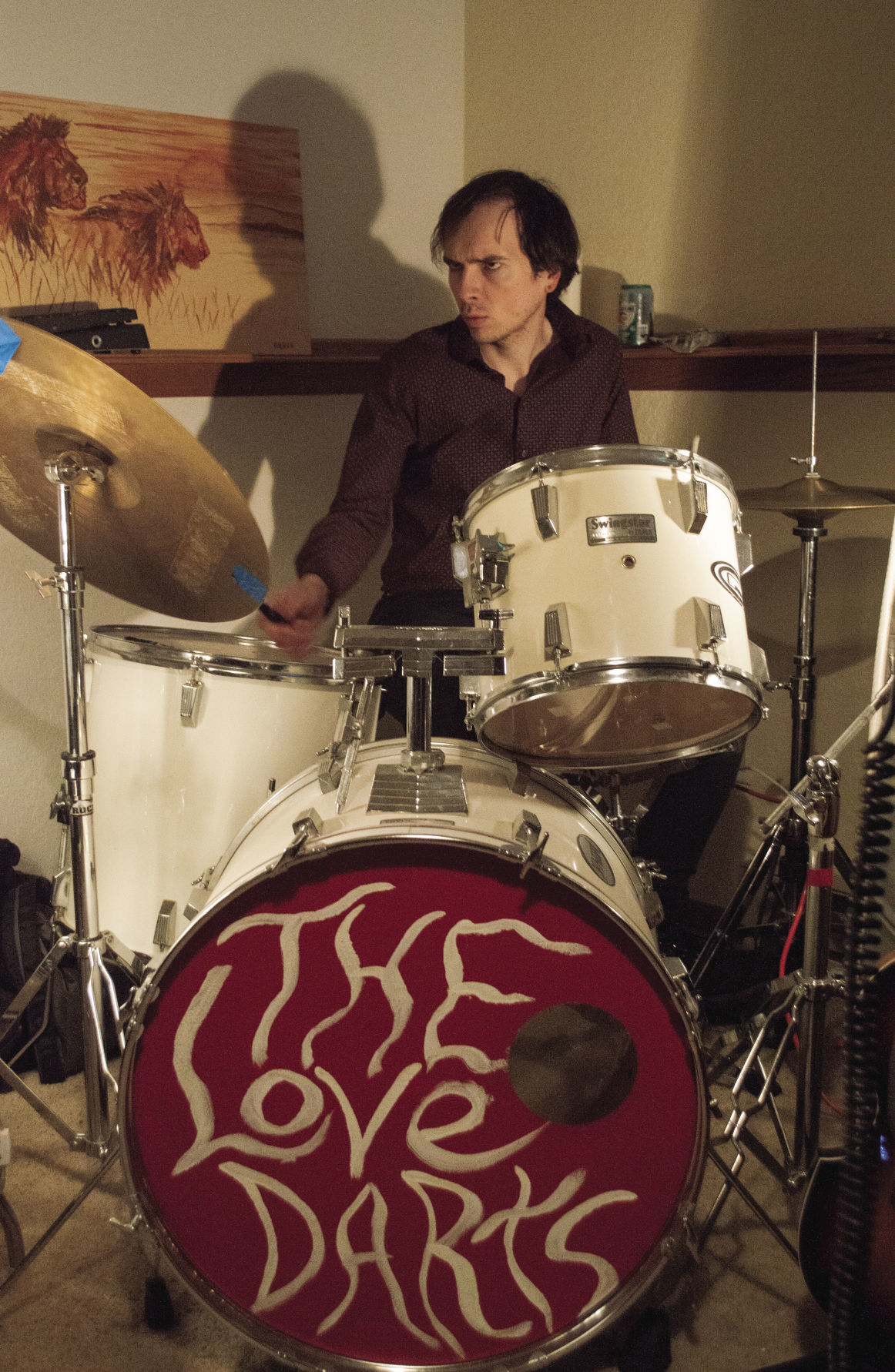 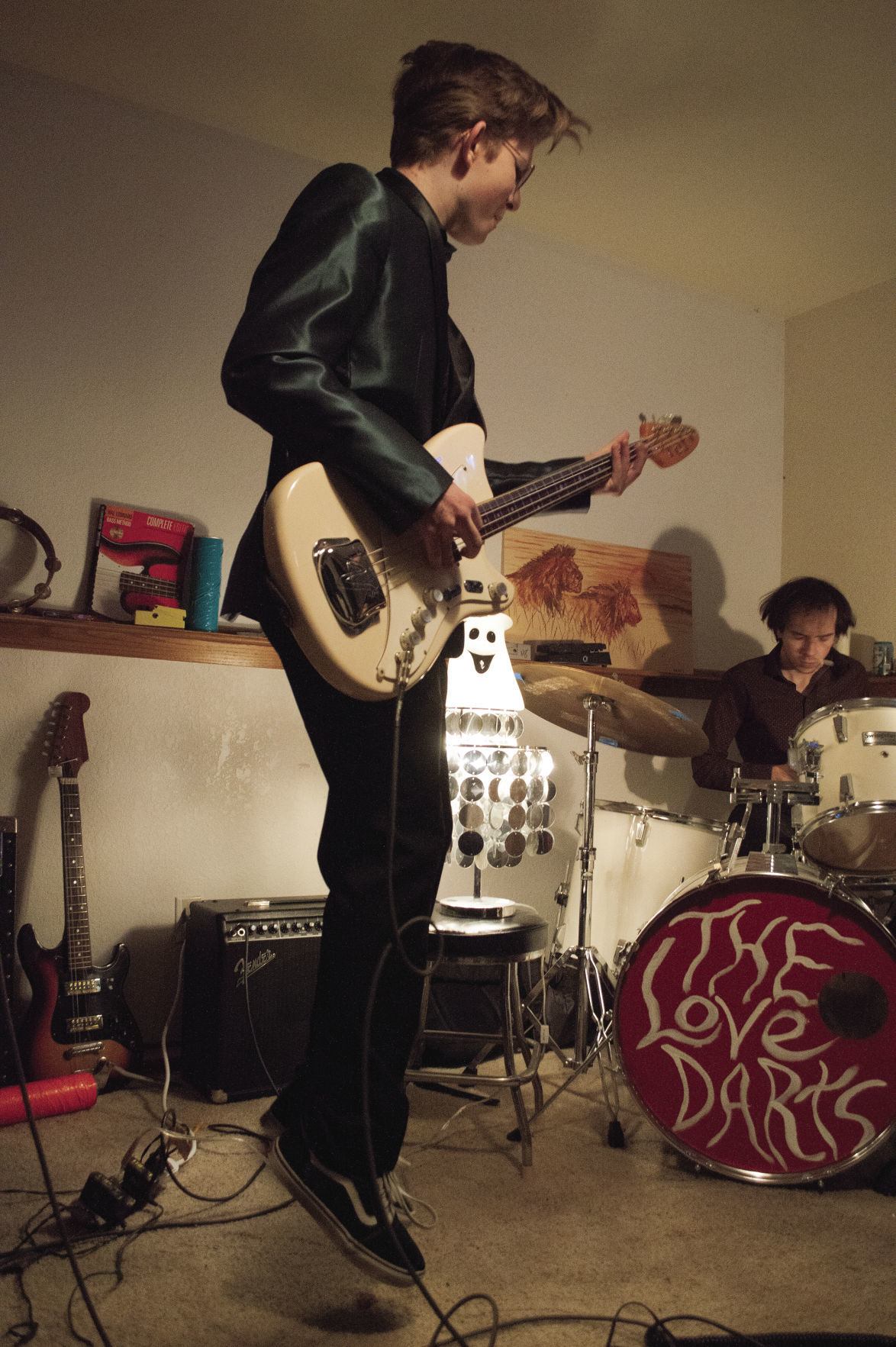 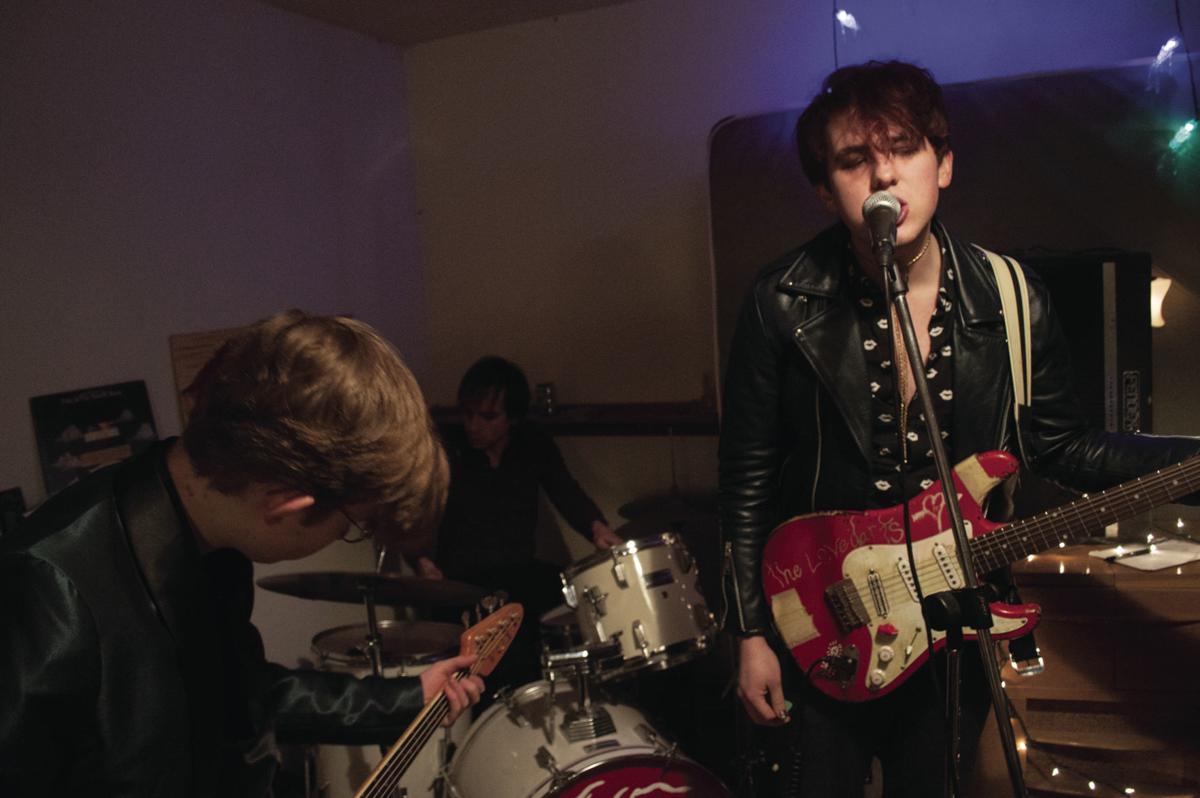 Jimi Kehoe, lead singer and guitarist of rock band The Love Darts, practices in his basement on Feb. 6.

Bozeman rockers The Love Darts grew out of a couple broken hearts, or at least broken bands, leaving Jimi Kehoe and Luke Scheeler without a musical outlet.

"It was originally a support group and then we realized we could play instruments," drummer Scheeler said during an early February rehearsal in Kehoe's basement.

Kehoe, who roasts coffee as his day job, struggles to remember other times he wasn't making music.

"I didn't have a band in elementary school," he quipped. "Those were dark days."

The band has gone through a few iterations since forming, landing on Bozeman High School student Jack Dungan, 16, as the current bass player.

The Love Darts are not for the faint. They bill themselves as "sex-charged garage rock." It's in the vein of Kehoe's previous bands, The Permians and Bearcat, but is mainly focused on creating a show. Practices are loose, they say. This month, the band picked a day of the week to rehearse, but if they pick up instruments is up for debate.

It's about bonding, Dungan explained. The band, Scheeler continued, is tight with each other rather than putting too much focus on being tight musically.

"It's three or four guys getting together in a basement looking to have a good time," Kehoe said, perfectly aware of his innuendo.

Though the band's name does refer to the sexual reproduction of snails, it was not chosen for that connotation. Instead, it came from a book on William Shakespeare referencing cupid shooting his love dart.

But why do The Love Darts push it so far?

It goes back to middle school for Kehoe, who remembers concerts by Alice Cooper and Iggy Pop.

"I remembered being disappointed that's not what every rock show was," he said. "I didn't want to not put in all the energy I could into live performance."

So The Love Darts attempt to incite enthusiasm from every audience.

"There's a certain amount of shock value required to do all that," Kehoe said. "We're not even as shocking as we could be."

Each band member relies on their own musicianship to carry through performances. Kehoe writes most of the songs, and said the actual music must be there to have a "not boring" show. The rest is either magic or madness.

"I throw random stuff at them at shows," Kehoe said of his bandmates.

At their last performance in Livingston, Kehoe passed off his guitar to the bassist "three or four times" while he "ran out in the crowd and screamed at people and tasted their spit." In other performances, the band will have drag queen back-up dancers. A former bassist often performed in drag and Kehoe said he met Scheeler while the latter wore a dress and makeup.

"I got into the drag scene about the same time as we formed this band," Kehoe said.

Antics aside, the music also varies based on Kehoe's whims. The band likens it to free-form jazz. But don't expect anything to sound smooth. This is rock.

"Our music speaks for ourselves," said Scheeler, who is the studio manager at Jereco Studios. "All the makeup and fancy clothes add to it, but I think if you put us in sweat pants it would still be a great show."

Mini-Kehoe and Lokken Productions present The Love Darts, joined by Liquid Colors, The Randall Scott Experience, The Sleepless Elite and Death Trophy for Valentine’s Day Hangover at the Filling Station on Friday, Feb. 15. Cover is $5. Doors open at 9 p.m. 21+