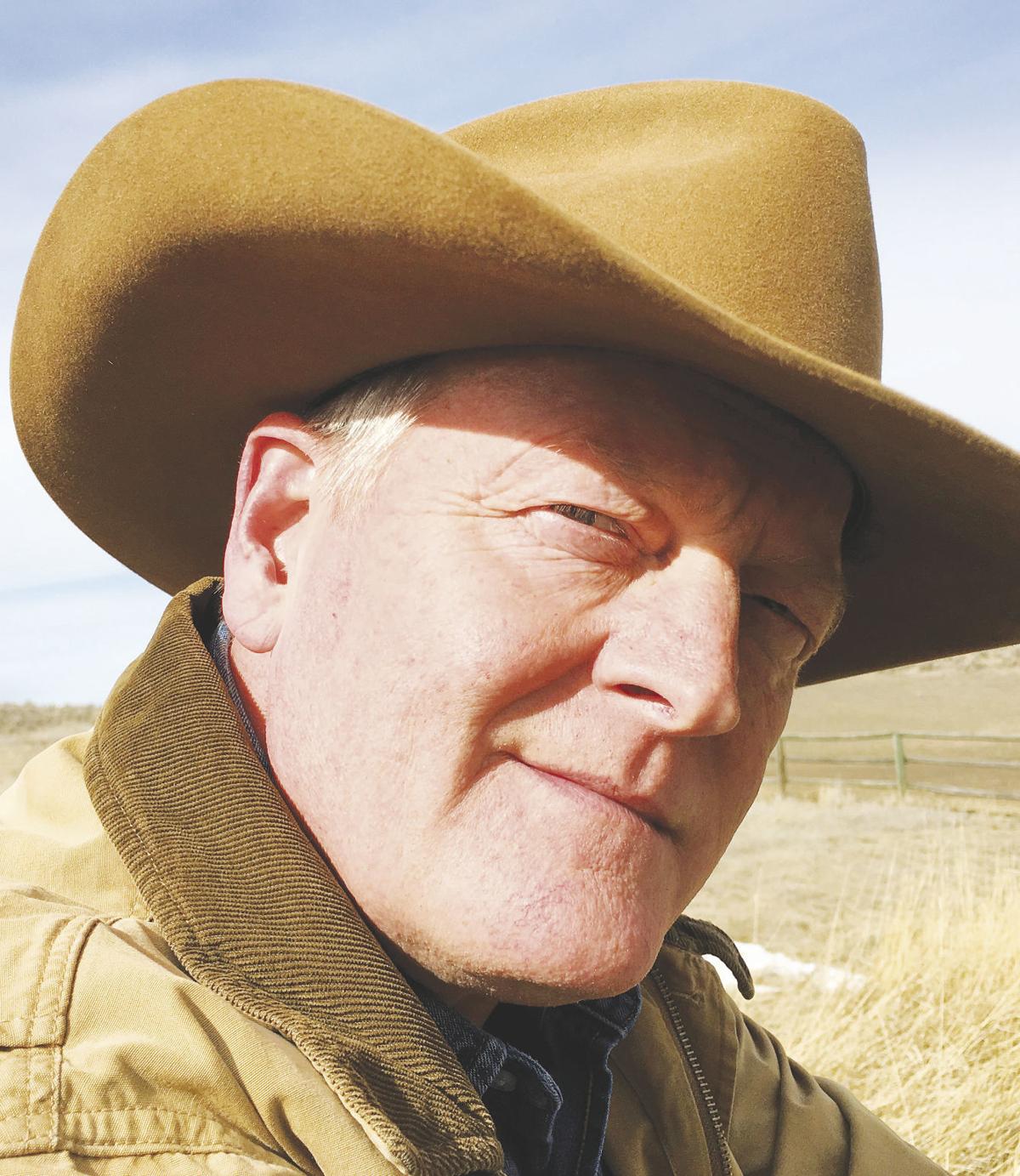 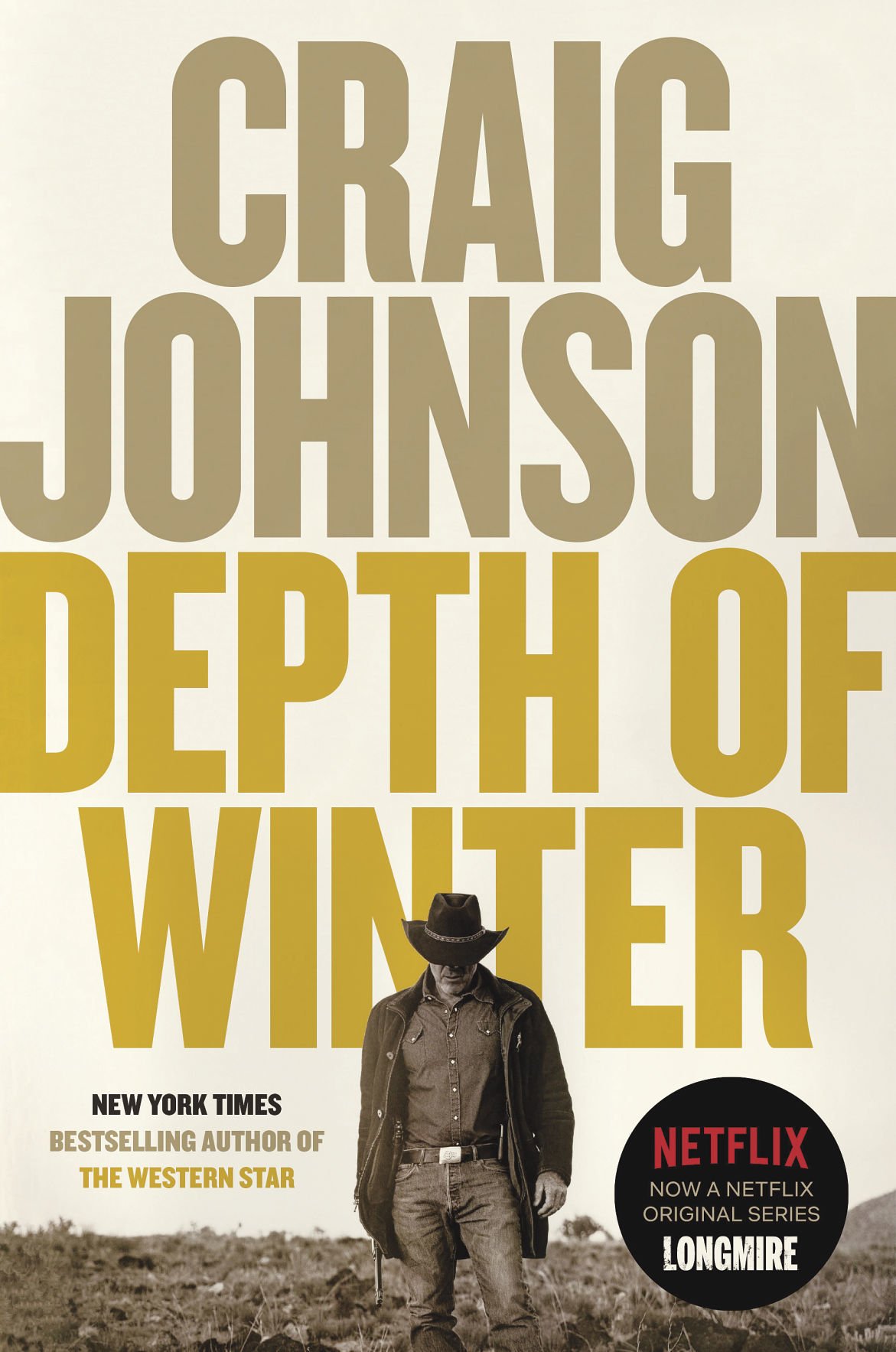 They both call northern Wyoming home. They are both voracious readers with a penchant for quoting literature.

“He has a poetic soul, I like to think,” Johnson said in a phone interview earlier this week.

Johnson said his wife, Judy, explains the similarities best, and also acknowledges how Johnson writes a bit of himself in many of the characters.

Most of the Longmire novels are set in a familiar landscape for Johnson.

“It’s always easy for me to write about the Wyoming-Montana border,” the author who lives on a ranch in Ucross, Wyoming, Johnson said. “I wake up in that world every day.”

But in the latest novel, “Depth of Winter,” Longmire isn’t in Absaroka county, the sparsely populated northern Wyoming area where he is sheriff. Instead, Longmire has followed the direction scrawled on a postcard from Tomás Bidarte into Mexico in search of his kidnapped daughter.

Bidarte took on Longmire on the sheriff’s turf back in “A Serpent’s Tooth” and it didn’t go so well for the bad guy and cartel leader. This time, Johnson wanted to put the fight in a place where Bidarte might feel comfortable taking on Longmire again.

Longmire needed some new foes, and a change of scenery, Johnson explained.

“There are only so many people that can die in the least populated county in Wyoming,” Johnson said, citing the need for new material lest a character gets stale. “...There’s a reason Arthur Conan Doyle threw Sherlock Holmes off Reichenback Falls.”

In researching the story, Johnson employed a reverse coyote — similar to those who lead migrants into the U.S. — to lead him south of Juarez, Mexico.

He also forced his wife to take a mule trip down into the Grand Canyon and met with a border patrol agent who quoted Marcus Aurelius and inspired a passage about the border wall.

In “Depth of Winter,” Johnson plays on familiar Western tropes, especially those featuring groups of Americans going on dire missions south of the border. Instead of familiar faces, Longmire has a new band of misfits, including a paraplegic blind seer and his nephew. Their getaway car is a bright pink ‘59 Cadillac convertible.

“There’s a little bit of lampooning to it,” Johnson said.

Still, real-life issues are addressed as locals clash with cartels and areas once safe are overrun. Morality is questioned. When taking on a monster, how do you keep from becoming one yourself?

Johnson describes Longmire as “decent” to the core, and his novels explore the sheriff’s struggles with in a world surrounded by death. He can’t be cold to it. He can’t lose his humanity. And yet, in every book, Longmire is tested.

“Every book is kind of like a mountain to climb,” Johnson said.

With the depth of character surrounding his protagonist, Johnson is still happy to write about Longmire.

So after more than a dozen novels, Johnson has no intention on having the sheriff hang up his hat anytime soon.

Johnson will be at Country Bookshelf in Bozeman at 3 p.m. on Sunday, Sept. 23, for a free reading.

“In the depth of winter, I finally learned that within me there lay an invincible summer.”