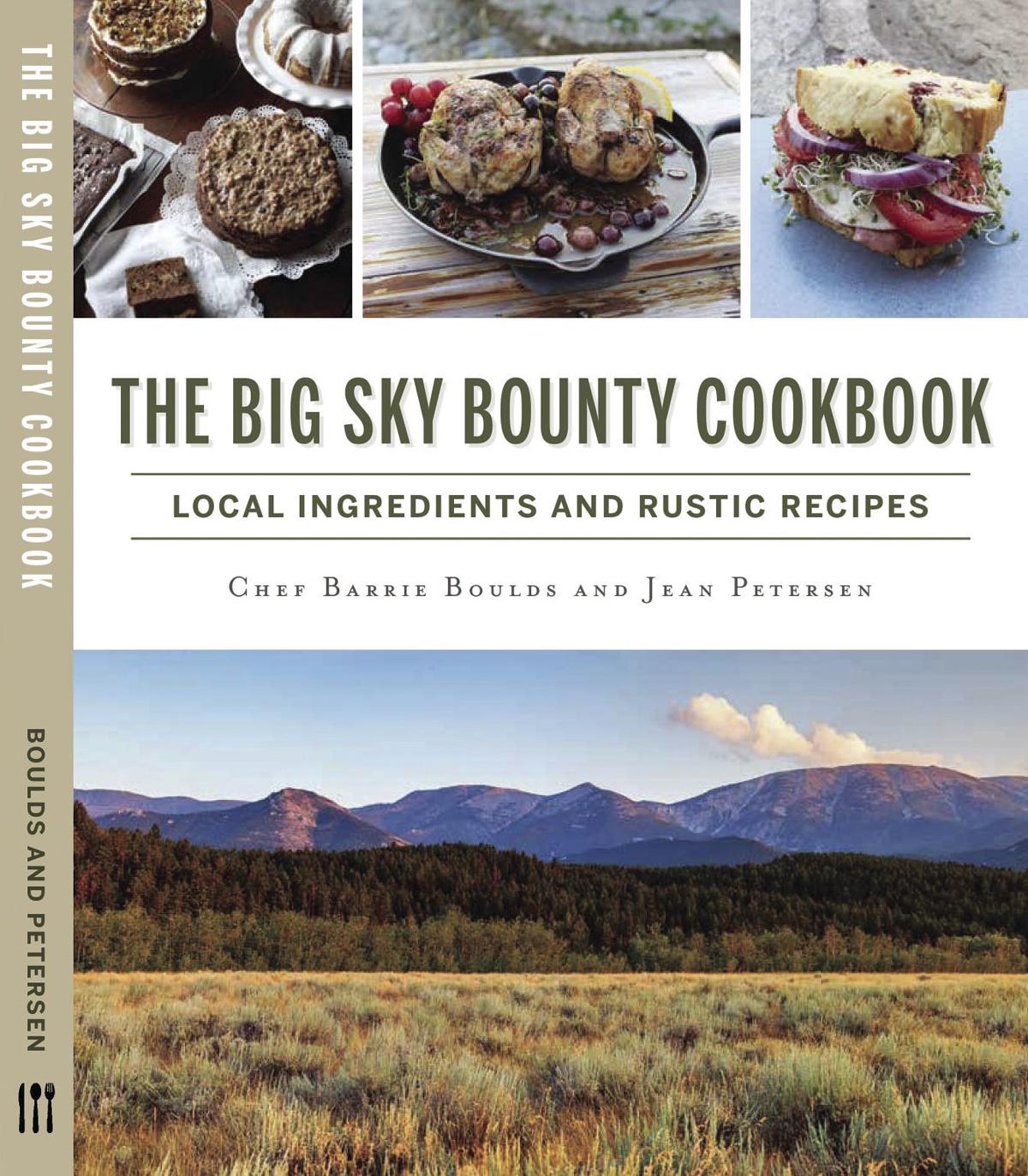 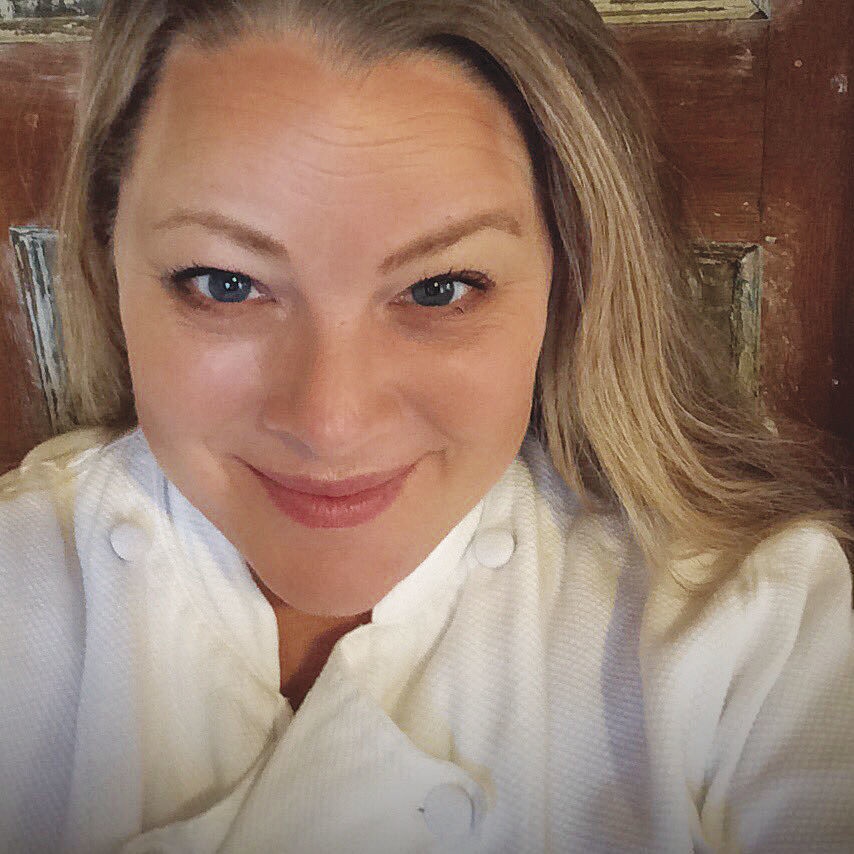 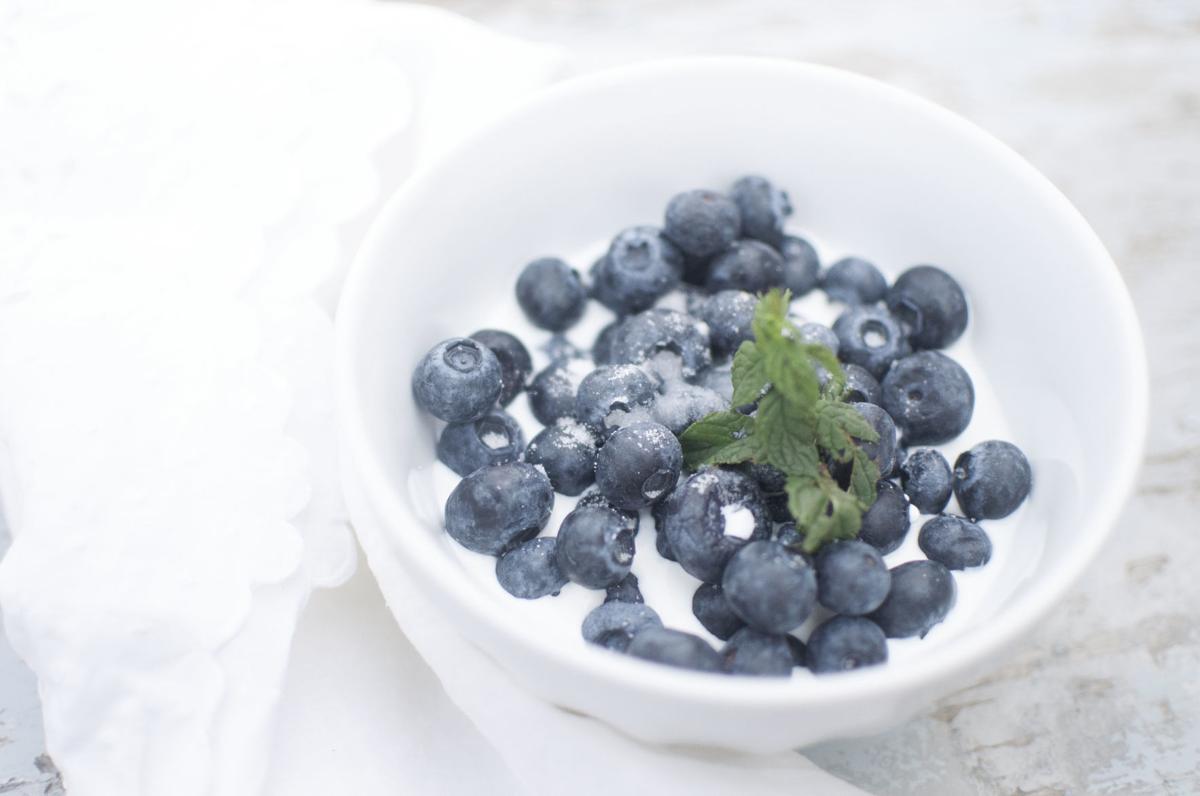 Chef Barrie Boulds' favorite recipes often remind her of her childhood, like these blueberries in cream and sugar from The Big Sky Bounty Cookbook. 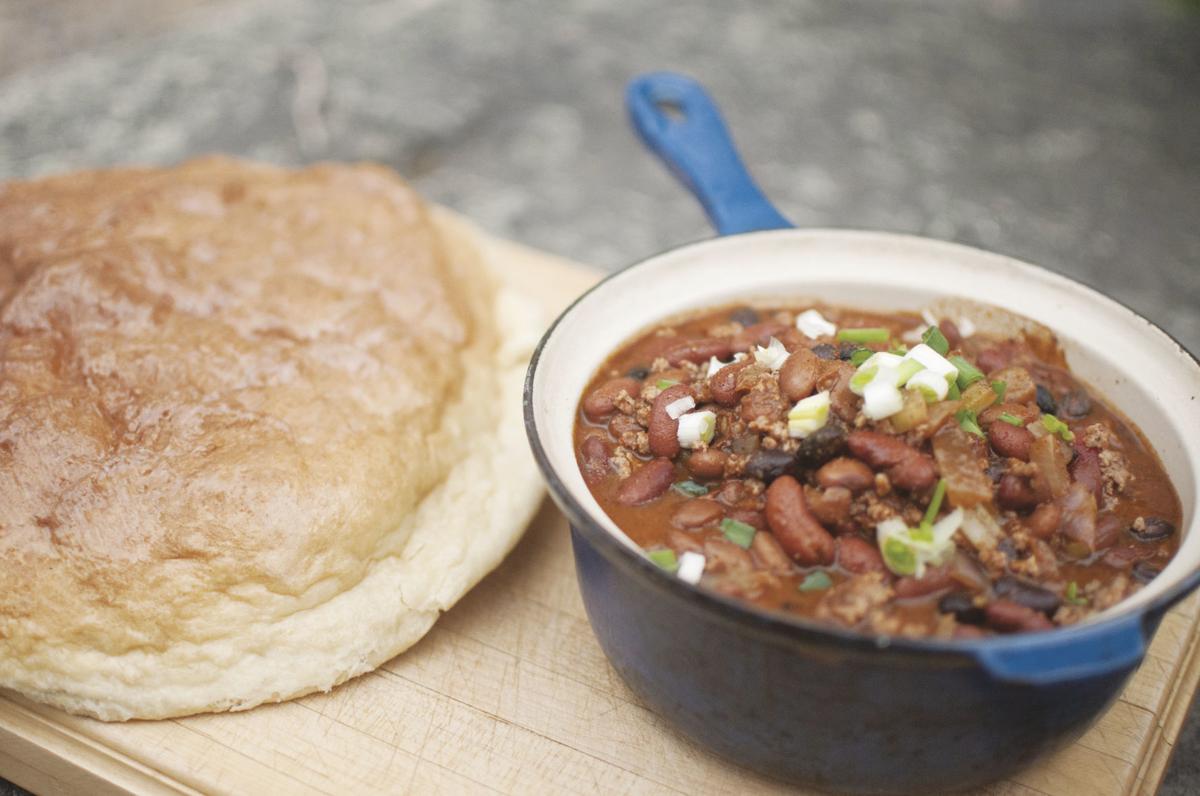 Look for the recipe for Elk Chili with Native American Gaboo Boo Bread in "The Big Sky Bounty Cookbook," or connected to this article.

Chef Barrie Boulds' favorite recipes often remind her of her childhood, like these blueberries in cream and sugar from The Big Sky Bounty Cookbook.

Look for the recipe for Elk Chili with Native American Gaboo Boo Bread in "The Big Sky Bounty Cookbook," or connected to this article.

"I have kind of an interesting culinary history," she said in a phone interview this week.

"I have like four different fry bread recipes from different Native Americans on the reservation," she said. "Everybody's auntie or cousin makes the best fry bread."

In each of the book's 75 recipes, Boulds attempts to lead people along her culinary journey in a way that is accessible.

"Each recipe has a story behind it and I write a little about each story," Boulds said.

The book is also peppered with historical tidbits from co-writer Jean Petersen.

Other recipes reflect Boulds' fine dining experience. The former chef and owner of Sydney's Mountain Bistro in West Yellowstone is now a private caterer based out of Red Lodge. Her new line of salad dressings, Sydney's Bistro Dressings, should be on shelves in specialty stores in September.

Similar dressing recipes are included and restaurant favorite Elk Tenderloin with Huckleberry Demi-Glace makes an appearance in the cookbook.

"The Big Sky Bounty Cookbook" as a whole is a showcase for Montana ingredients. There are hunter favorites such as elk and deer and some more rare delicacies like rattlesnake or beaver. Boulds offers tips to keep some of the more unusual meats tender. There are huckleberries and chokecherries and morels to be foraged or garden staples like rhubarb.

"People don't think of Montana as a foodie state," Boulds said. "But we have really great resources, an abundance of wildlife, thriving farmers markets. I don't know of anywhere else where you can go in your backyard and catch a trout."

While the recipe for pan-seared trout will appeal to those statewide, some ingredients are unique to certain areas, like Flathead cherries or Montana's kokanee or chinook salmon.

"I'm just hoping they can love Montana from the cookbook," she said. "In most of my catering jobs, I'm hired because people want the Montana experience."

Boulds said her favorite recipes in "The Big Sky Bounty Cookbook" are those that bring her back to her childhood. There's her grandmother's pan-seared chicken breast and fittingly for someone named Barrie, blueberries with cream.

"I'm not afraid to just be simple and let the food speak for itself," Boulds said.

Good food doesn't need to be complicated and recipes should be simple, Boulds said. Time is often better spent with those around us. She lives by the motto "live, love, cook with reckless abandon" and would rather socialize at events than be sweating alone in the kitchen.

"I want everybody to just cook and enjoy themselves and have a good time," she said.

"The Big Sky Bounty Cookbook" is set for release from Arcadia Publishing on July 9. It will be available locally at Country Bookshelf and a reading and tasting is in the works for later this year, Boulds said.

Consider using some of the Treasure State’s most notable local favorites in your next dish.

Once more common than the bison in Montana, Antelope is said to have a unique, gamey flavor, which requires a strong marinade to control.

Native mostly to central and eastern Montana, chokecherries have a purple-red color and a sweet flavor once fully ripened.

Montana state is home to over thirty-four local breweries, each with their own history and personal flavor. Each beer will offer a different twist on a dish when included.

Introduced in the late 19th century, and coming from Flathead Lake, these cherries are said to be some of the sweetest around, and are shipped internationally.

Also known as the buffalo, bison were nearly hunted to extinction in the 19th century. It’s a lean meat with a rich taste.

Found in forest fire burn areas, morel mushrooms are local to Montana. They are a coveted treasure and very expensive, so use them carefully!

While not originally native to Montana, salmon have flourished in the state for centuries since their introduction, and many Montana lakes are flourishing with the fish.

“Ground elk is great for chili. You don’t have to drain the fat because the fat content is so low!” — Chef Boulds

1 can (28 ounces) whole tomatoes, with juice, crushed by hand

1 small jar (about 8 ounces) of your favorite salsa

Heat the oil in a large pot or Dutch oven over medium-high and add elk, onion and celery. Sauté until meat has browned and the vegetables are soft, about 10 minutes. Add the cayenne, ground cumin and chili powder and stir for 1 minute. Add the rest of the ingredients, bring to a boil and immediately turn down to low, partially covered, and simmer for 30 to 40 minutes. Season with salt and pepper.

“This recipe comes from the Trottier family, descended from the Turtle Mountain Band of Chippewa Indians. When the Native Americans would receive their commodities and rations from the government, this was one of the many variations of these staple breads they would make with them. Fry bread, Navajo bread, gaboo boo bread, bannock, gullet bread…there are endless regional names and variations of this bread, and each tribe and Native American family has its own special recipe. It can be served alone or with soups such as stews, wojapi or chili.” — Chef Boulds

Preheat oven to 300 degrees. In a large glass bowl, crack the 2 eggs and add the cup of warm milk and ¼ cup of warm water. Mix well. In another bowl, add all dry ingredients. Pour liquid over flour mix until a soft dough forms. Knead for 2 minutes on a floured surface. Lay bread on a flat baking sheet and form it into a 7x10 loaf. The bread should be flat. Bake for 40 minutes. For the last 5 minutes, raise the oven temperature to 350 degrees and brush with melted butter.