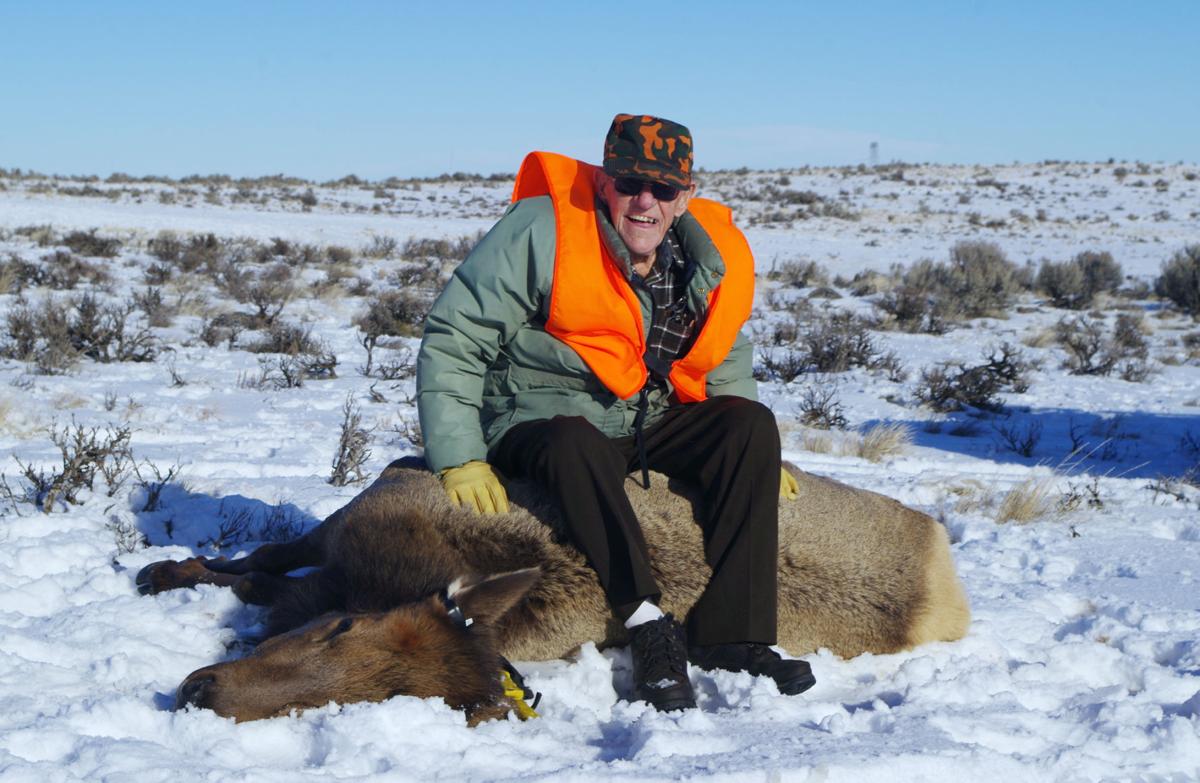 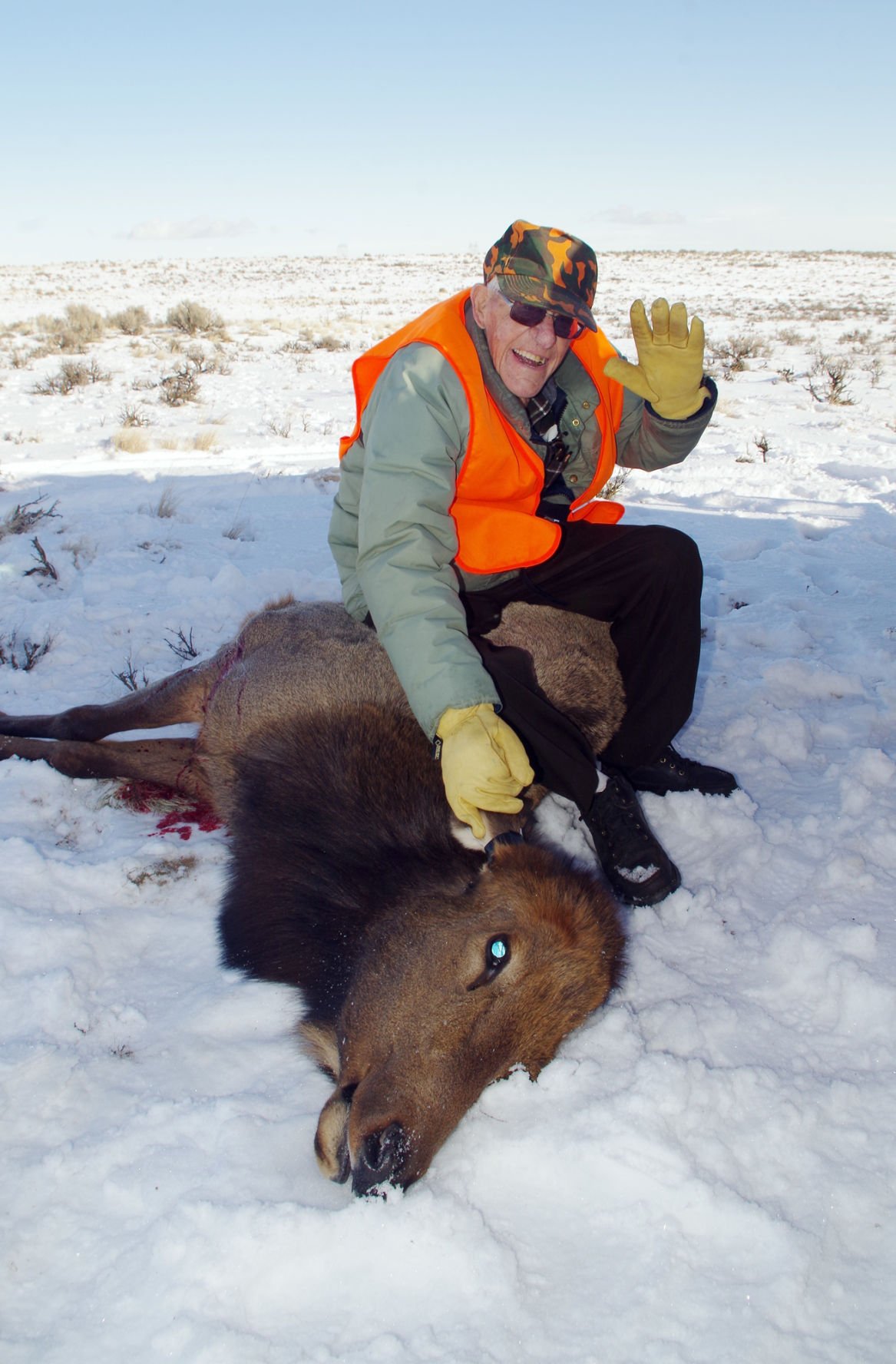 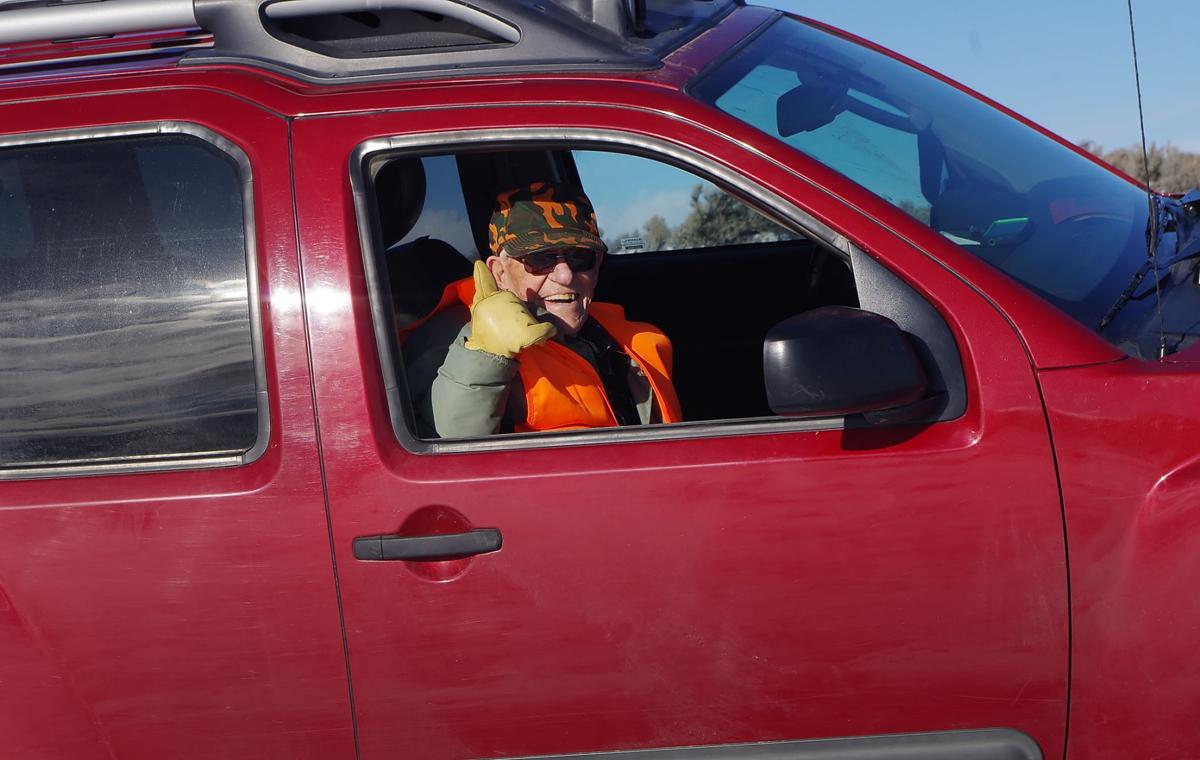 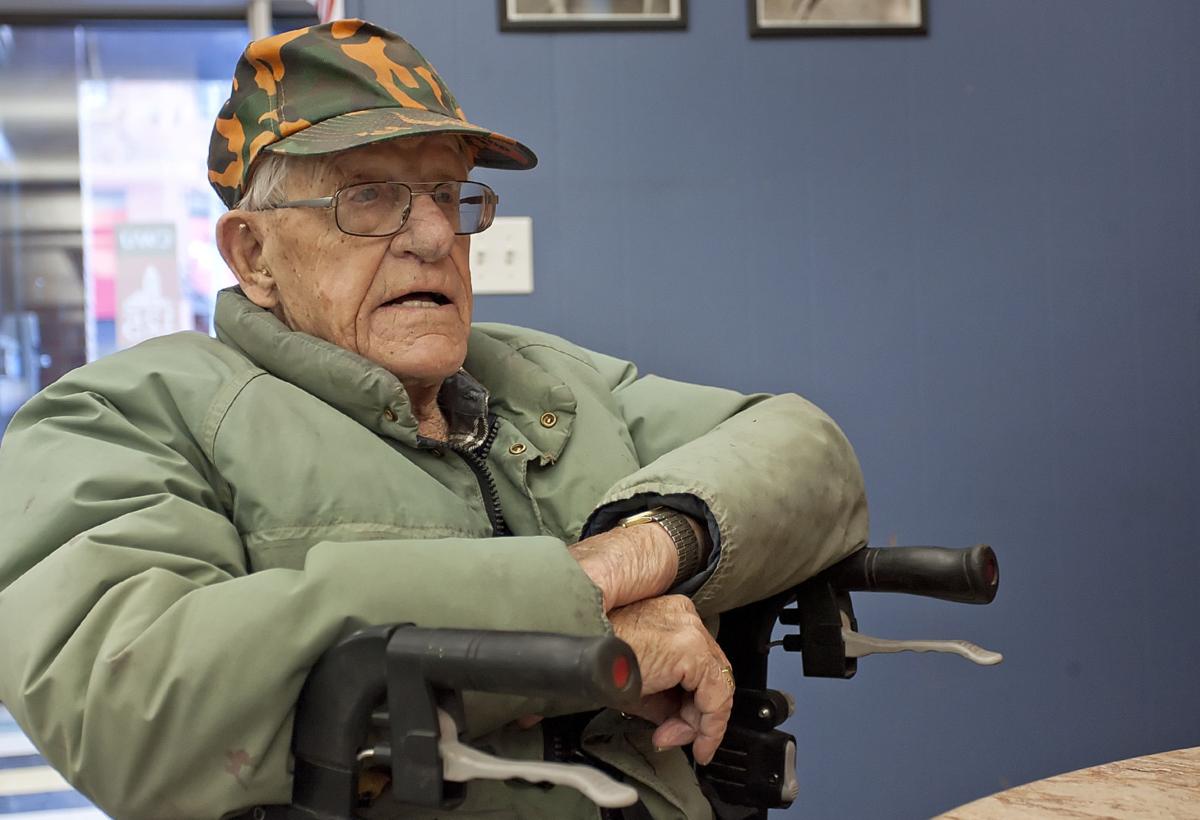 Gordon Blossom, a long-time Thorp hunter, bagged an elk at the age of 100 on Dec. 27. He said persistence is key when it comes to hunting and he would know — he’s been hunting since he was 10.

The successful hunt was a longtime goal. He told the Daily Record in 2013 when he was age 97 that he hoped to bag an elk when he was 100. He also mentioned it when he was honored as a patron of Thorp during Thorp Community Days in 2015.

Gordon was joined by his son Rod Blossom, 62, on the hunt last month. Rod is officially Gordon’s hunting companion because he has a disabled hunters permit. Gordon shoots from the vehicle while Rod drives.

Gordon is a master hunter and has been for about 10 years. This gives him the opportunity to hunt earlier in the year than other hunters. He started on Aug. 1 this year and has gone out five days a week looking for elk.

Rod said the two drove up to Selah in a Nissan Xterra after stopping at the Flying J for biscuits and gravy around 4:30 in the morning. They drove 40 miles on mostly gravel roads north to I-90. They then drove to the boundary of the Ginkgo Petrified Forest State Park where there were about 300 elk on the other side of the boundary fence in the state park.

Then the elk jumped the fence into the hunting area and started running. They followed the elk, which turned into a four-hour long “game of cat and mouse.”

“They were moving and I mean, moving,” Gordon said. “Probably going 30 miles per hour and I just don’t feel like I should shoot unless I’m pretty sure I can get it. I don’t want a wounded animal.”

Gordon prefers to shoot an elk in 150 yards or less and doesn’t want it to be moving target. He shot it with a Winchester .300 H&H magnum rifle, which he has had since 1953. He plans to eat the meat for the rest of the year.

Gordon said he loves to be out hunting and enjoys seeing all the wildlife like coyotes, quail and rabbits that are native to this area, and he says he wouldn’t be able to enjoy hunting as much as he does without the help of his son.