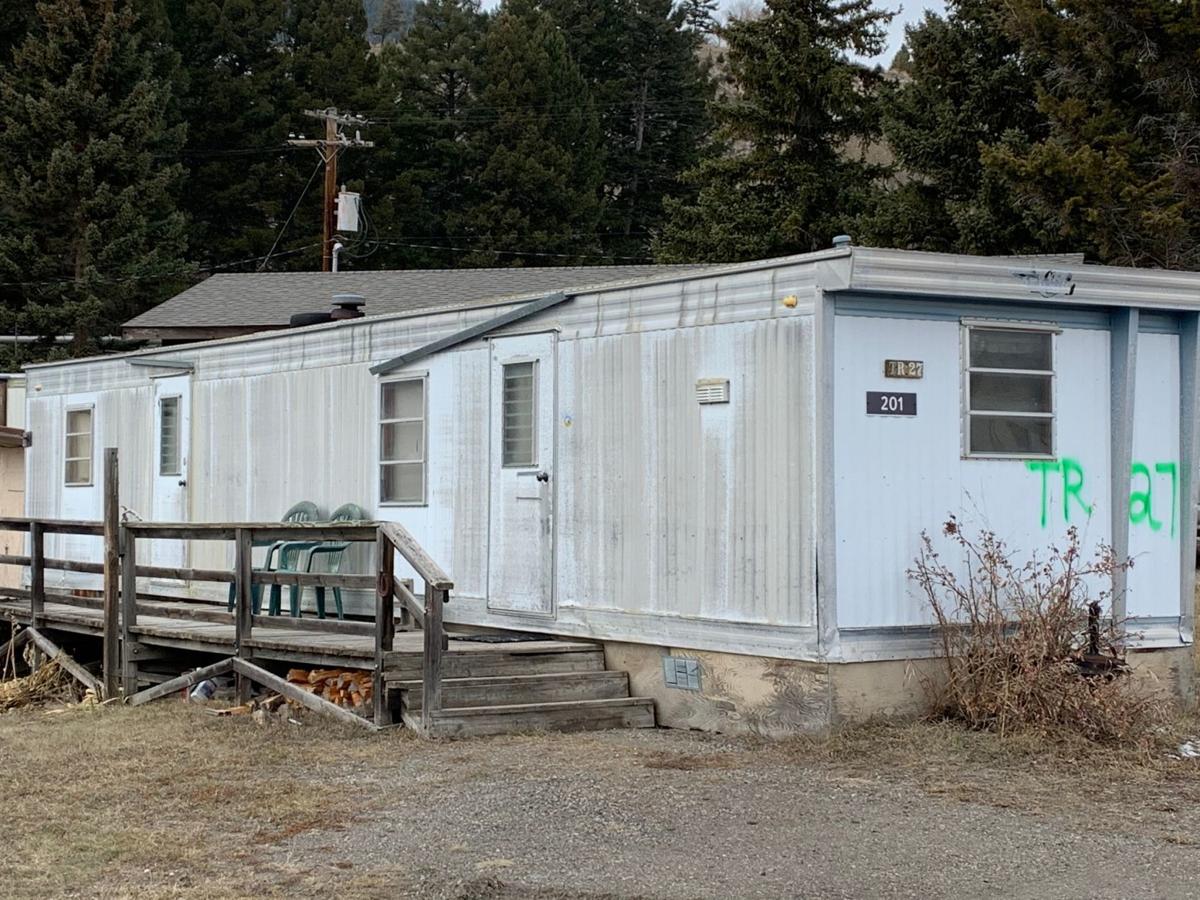 Yellowstone officials are working to get rid of and replace mobile homes that employees have been living in for decades. 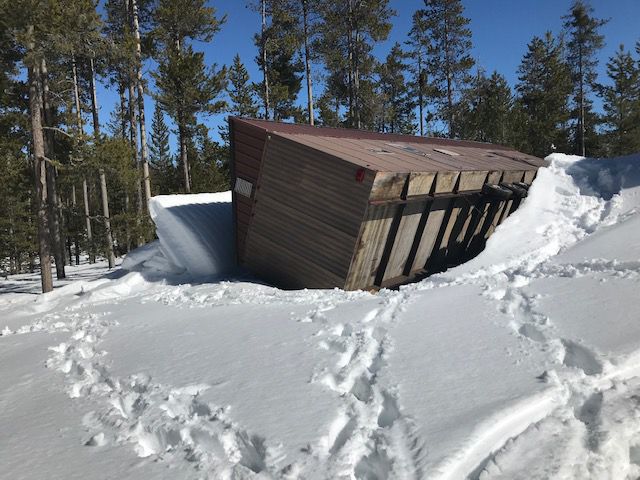 A trailer house in the Bechler area of Yellowstone National Park tipped over last winter. 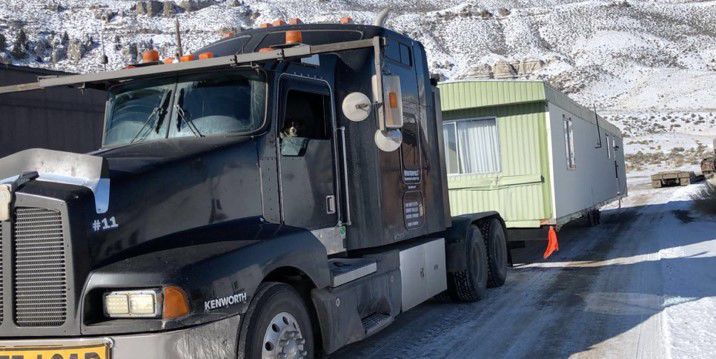 A truck hauls away a trailer home from Yellowstone National Park. 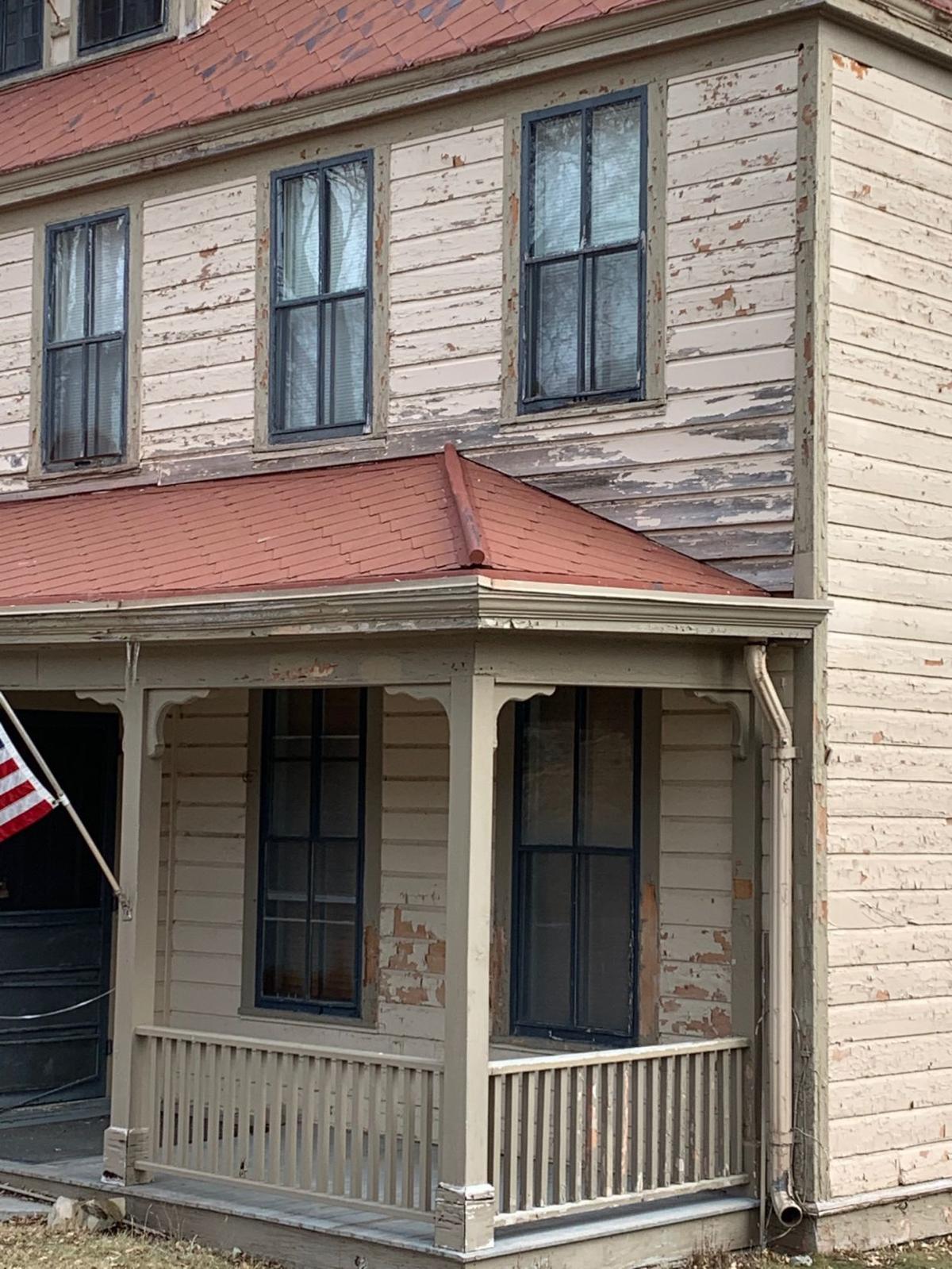 A historic home at Fort Yellowstone in Mammoth Hot Springs has chipped paint on the outside.

Yellowstone officials are working to get rid of and replace mobile homes that employees have been living in for decades.

A trailer house in the Bechler area of Yellowstone National Park tipped over last winter.

A truck hauls away a trailer home from Yellowstone National Park.

A historic home at Fort Yellowstone in Mammoth Hot Springs has chipped paint on the outside.

Yellowstone National Park officials are taking steps to upgrade employee housing across the park, beginning with the replacement of dozens of run-down trailer homes.

Work has already begun on removing aging mobile homes from parts of the park, including a group of them just south of Mammoth Hot Springs.

The plan is to rid the park of all 64 of its mobile homes and replace them with cabin-style modular homes over the next two years.

“We’ve had employees living in trailers from the 1960s,” Sholly said.

It’s all part of a park housing improvement strategy. The plan, released Wednesday, details the ways the park will try to improve living conditions for its employees in the next few years.

Sholly said the plan focuses on four goals — replacing the trailers, improving non-trailer homes, fixing up the park’s historic homes and the addition of more housing in developed areas.

Dumping the mobile homes is the top priority. Sholly said the park will get rid of mobile homes this year from Mammoth Hot Springs, Old Faithful, Lake and the Bechler area. In 2021, trailers will be taken out of other places that have the old mobile homes, like Grant and Canyon villages.

The homes are all decades old, some from the 1980s and others from the 1960s. One at Bechler, a remote area in the park’s southwestern corner, tipped over because of the snow load last year.

The park is still finalizing contracts for the replacement homes. Sholly said in an email that the park expects the total costs to be between $20 million and $30 million between demolition, replacement and upgrades to the utility infrastructure.

The second goal in the housing strategy focuses on 150 or so non-trailer homes in the park, many of which Sholly said are in poor condition. Work may include adding new appliances and beefing up the siding and insulation. He added that wood stoves may be reinstalled in some of the houses as a less expensive heating option.

The historic homes that are part of Fort Yellowstone in Mammoth need upgrades, Sholly said. Many have chipped paint and other problems.

“Some of them need a lot of attention,” Sholly said. “These are incredible historic resources that are not in good condition that we need to get on top of quickly.”

Work to add housing would consist of building in developed areas around the park. Details on how many houses the park might add and where were not immediately available. Sholly said any building wouldn’t expand the footprint of the developed areas.

Housing repairs are needed in many of the country’s national parks, according to the Pew Charitable Trusts. The organization estimated those repairs make up about $186 million of the National Park Service’s $11.9 billion deferred maintenance backlog.

Stephanie Adams, of the National Parks Conservation Association, said like other park facilities, houses in national parks have suffered from “years and years of underfunding by Congress.”

Adams said ensuring its employees have adequate housing conditions helps Yellowstone’s staff “do their job better.” She also said adding housing without harming natural resources is an important option the park can provide — especially with the challenge of finding housing in places like Gardiner or West Yellowstone.

“With the increasing pressure that we’re seeing in our gateway communities on housing, and the shortage of affordable housing opportunities in gateway communities,” Adams said, “it’s important that the park service be able to ensure that they have an adequate amount of housing for their staff.”

This story was updated Wednesday to reflect that the housing strategy had been released. It is available at https://parkplanning.nps.gov/projectHome.cfm?parkID=111&projectID=93107.