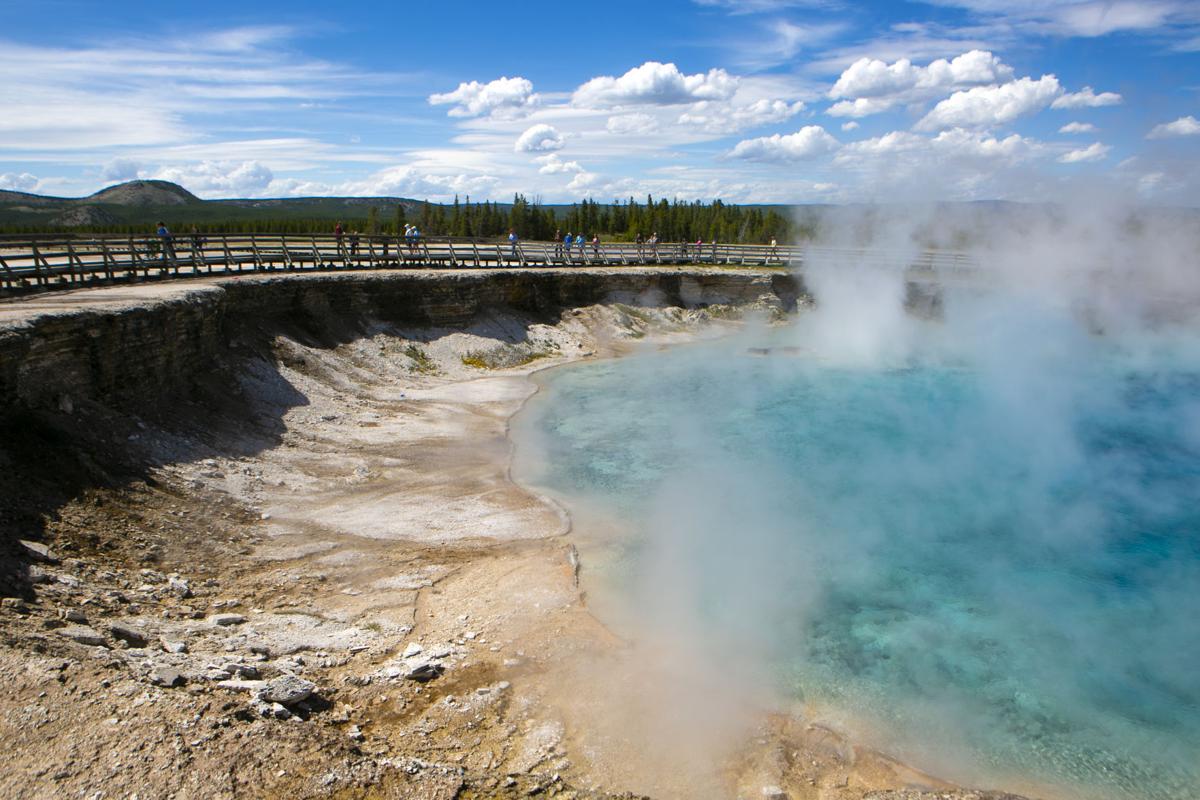 People walk along the boardwalk around Excelsior Geyser Crater on June 1 in Yellowstone. 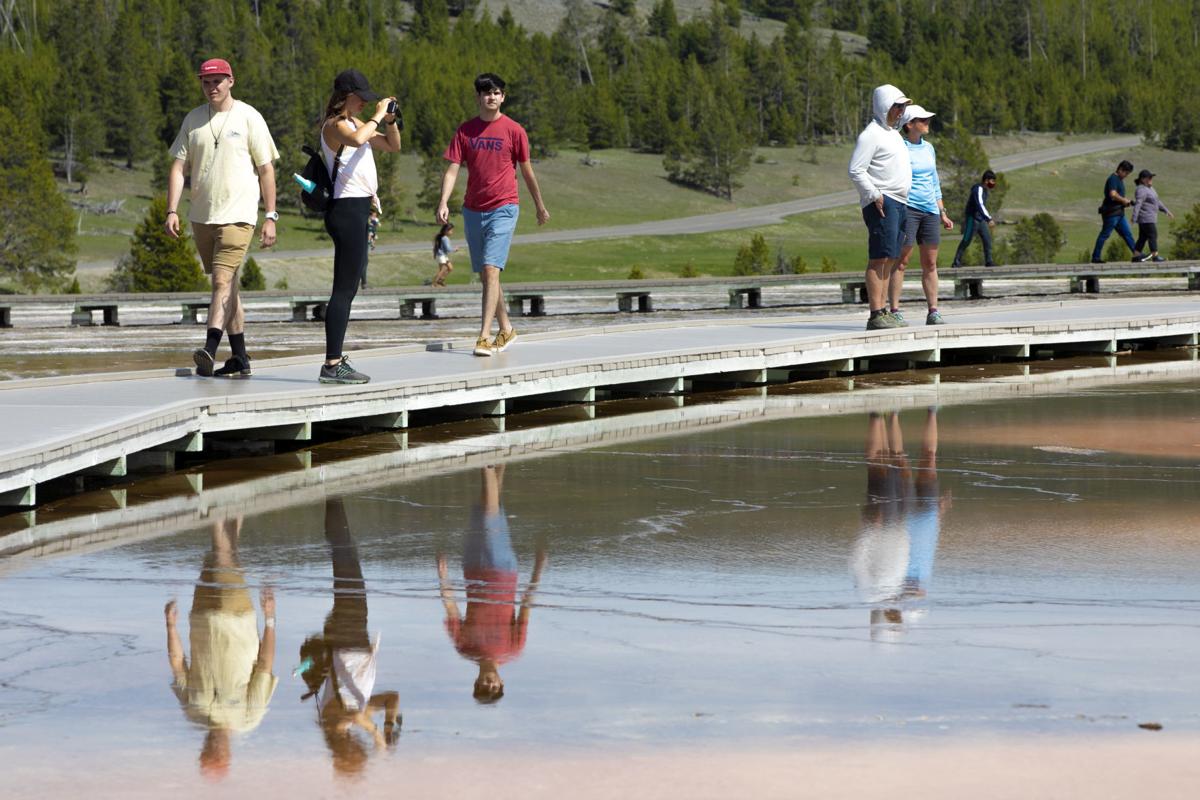 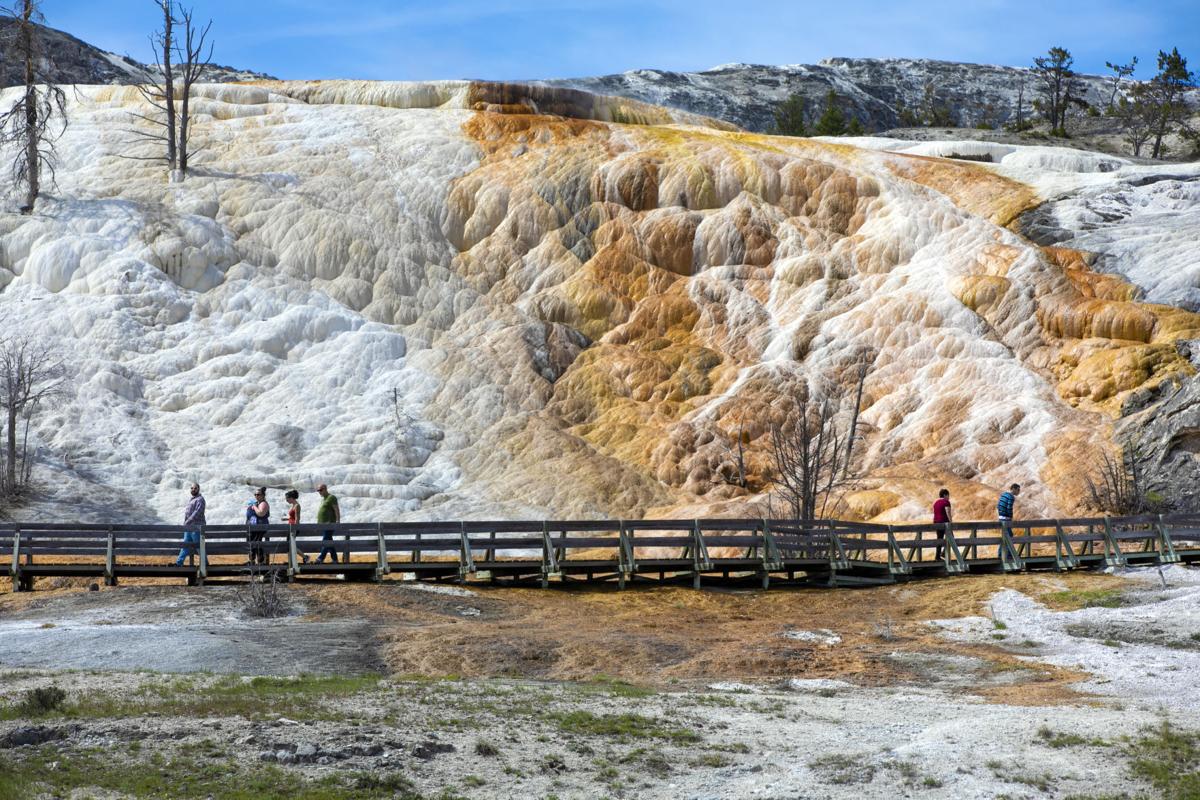 People walk along the boardwalk around Excelsior Geyser Crater on June 1 in Yellowstone.

Yellowstone National Park’s official nonprofit arm has suspended its educational operations and laid off half of its 66 staff members, according to the park’s superintendent and the acting CEO of the nonprofit Yellowstone Forever.

“The reality is that the operating cost of the organization far superseded the current revenue levels,” said park superintendent Cam Sholly.

Yellowstone Forever had already furloughed its employees in late April because of the pandemic and deferred most of its grant funding to go directly to the park.

The Yellowstone Forever Institute was one of the major education forces in the park. Both Sholly and acting CEO Edna Johnson said the suspension of the institute will be temporary, although long. A June 6 news release on the organization’s website said the institute will likely not return to operations anytime in 2020 or the following year.

“We are passionate about the mission of the institute and we will be working to figure out how to bring it back,” Johnson said. “COVID had a dramatic and devastating impact on Yellowstone Forever, as it has organizations all around the country.”

Garrett Tovey was one of the 33 Yellowstone Forever employees laid off last week. He was one of four lead instructors at the institute and had been for roughly three years.

“The institute has a long history here in the park,” he said. “We’ve been leading the educational outreach in the park for a very, very long time.”

Tovey said the layoffs were sudden, but not necessarily unexpected. He said the spending at Yellowstone Forever had been “questionable” since he started.

“The institute had a lot of caring people with their heart in the right spot, and that’s what this park needs and with this country needs,” Tovey said.

“We’re all a little bit surprised and gutted, but ultimately I would like something positive to come from this.”

Yellowstone Forever has been facing financial issues essentially since its creation from the 2016 merger of two other nonprofits, the Yellowstone Association and the Yellowstone Park Foundation. The organization had roughly $4.2 million in debt in July 2019. It had begun to dig itself out of that hole by early 2020, when the debt had fallen to $3.2 million, Sholly said.

Now, however, Yellowstone Forever’s debt has reached $5.1 million, almost a million dollars more than it was in June 2019, according to Sholly.

“It was already in a fragile state financially ... prior to this COVID pandemic hitting us,” Sholly said. The foundation’s major money-makers are bookstores, mostly located in the still-closed visitor centers, and philanthropy, which has fallen dramatically in the last year.

“That hit right at a time where the organization was in the process of recovering,” Sholly said.