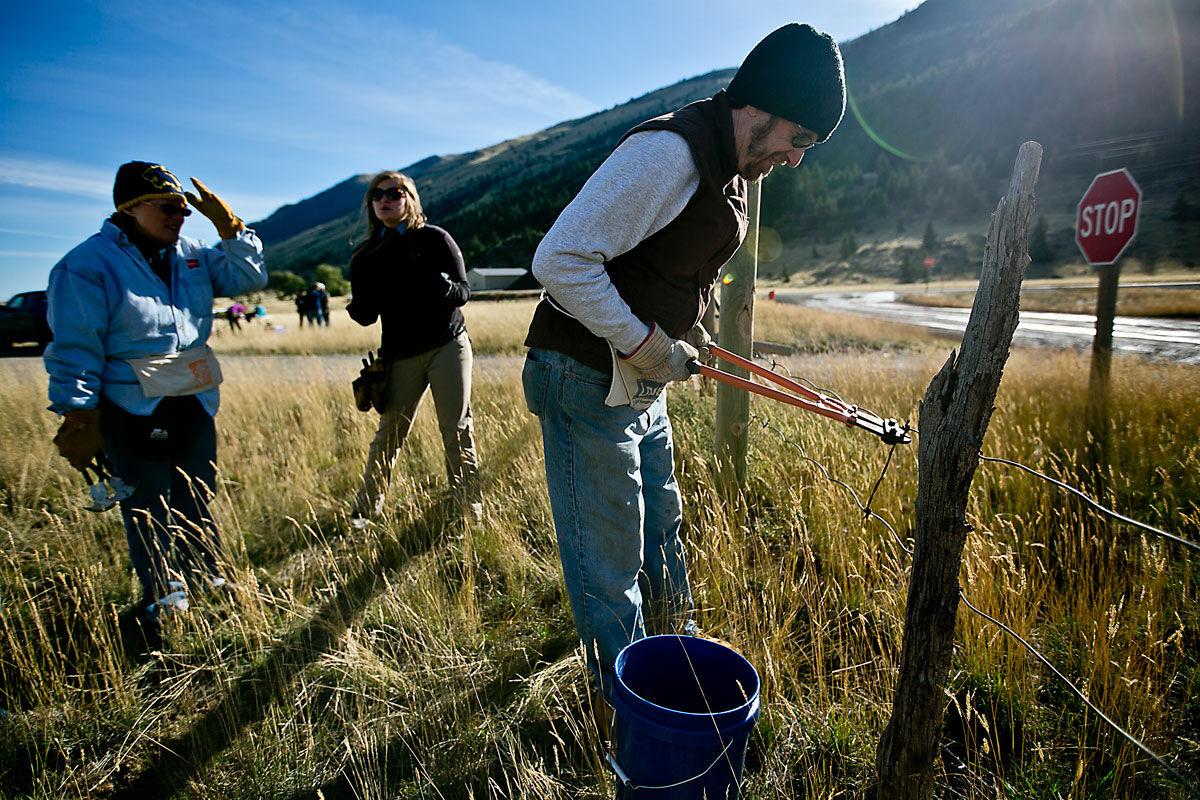 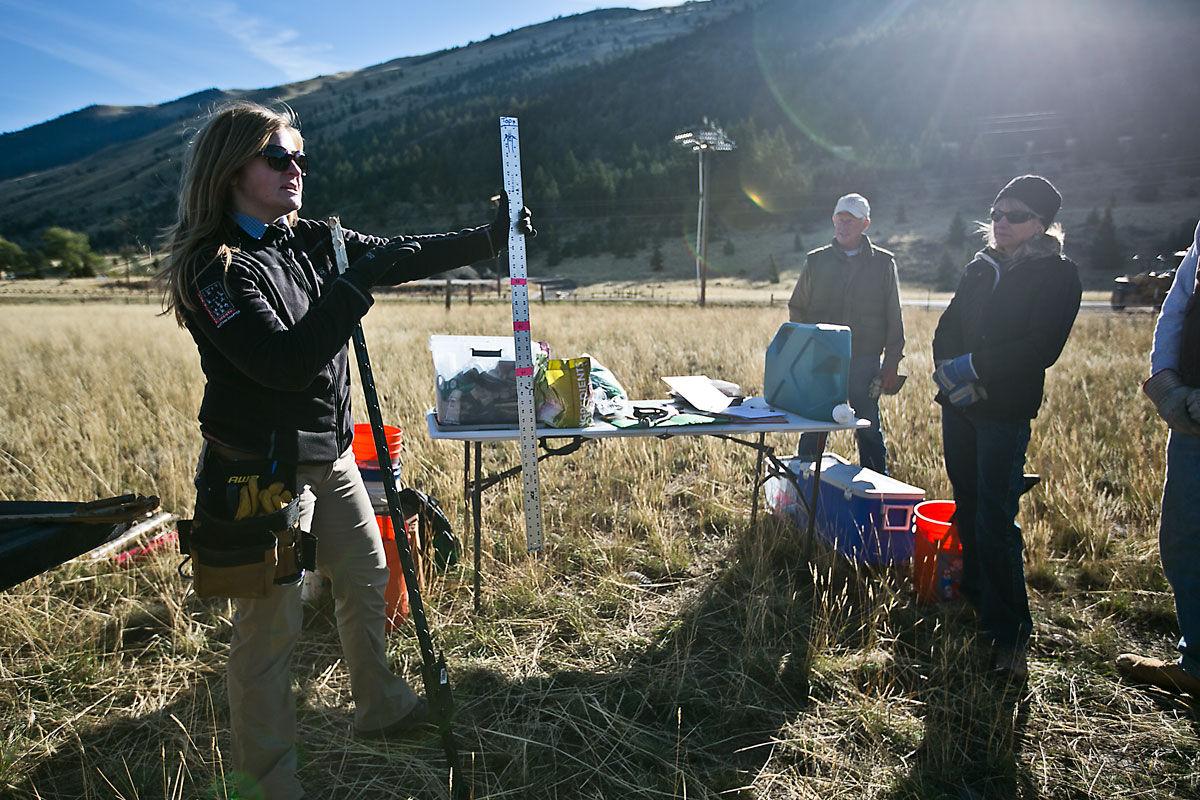 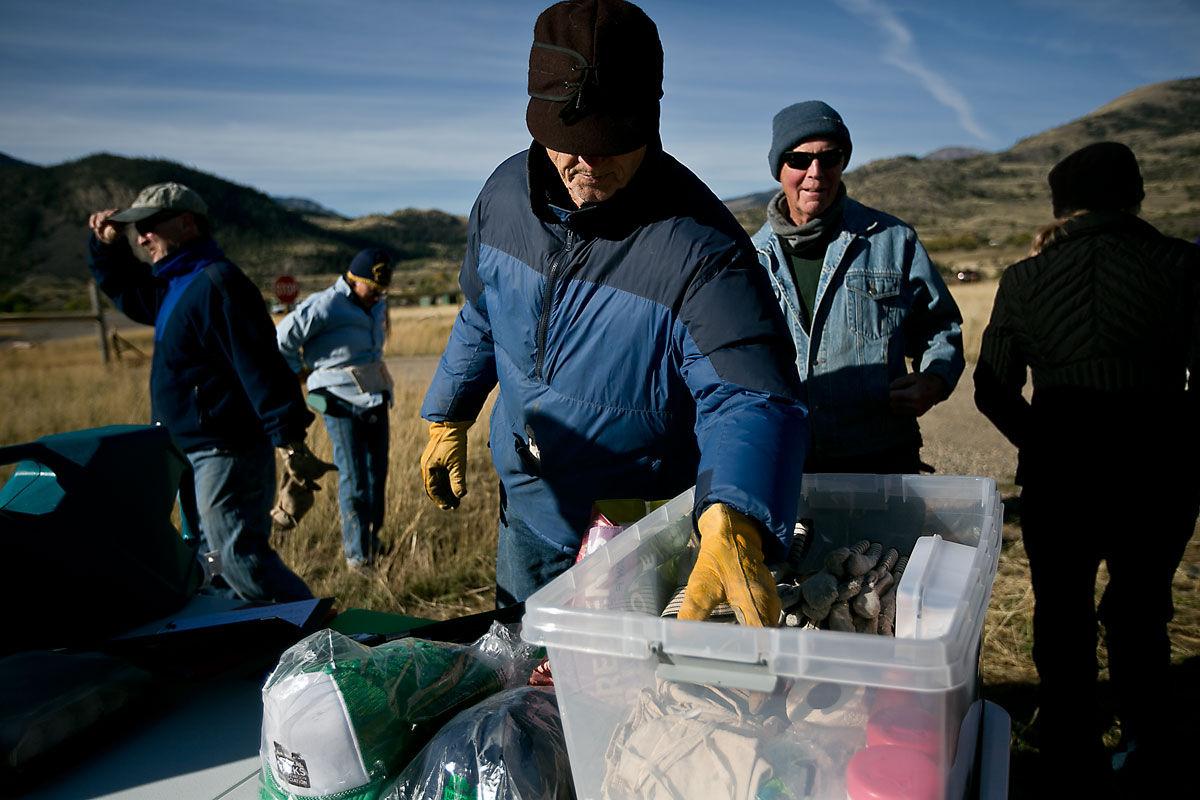 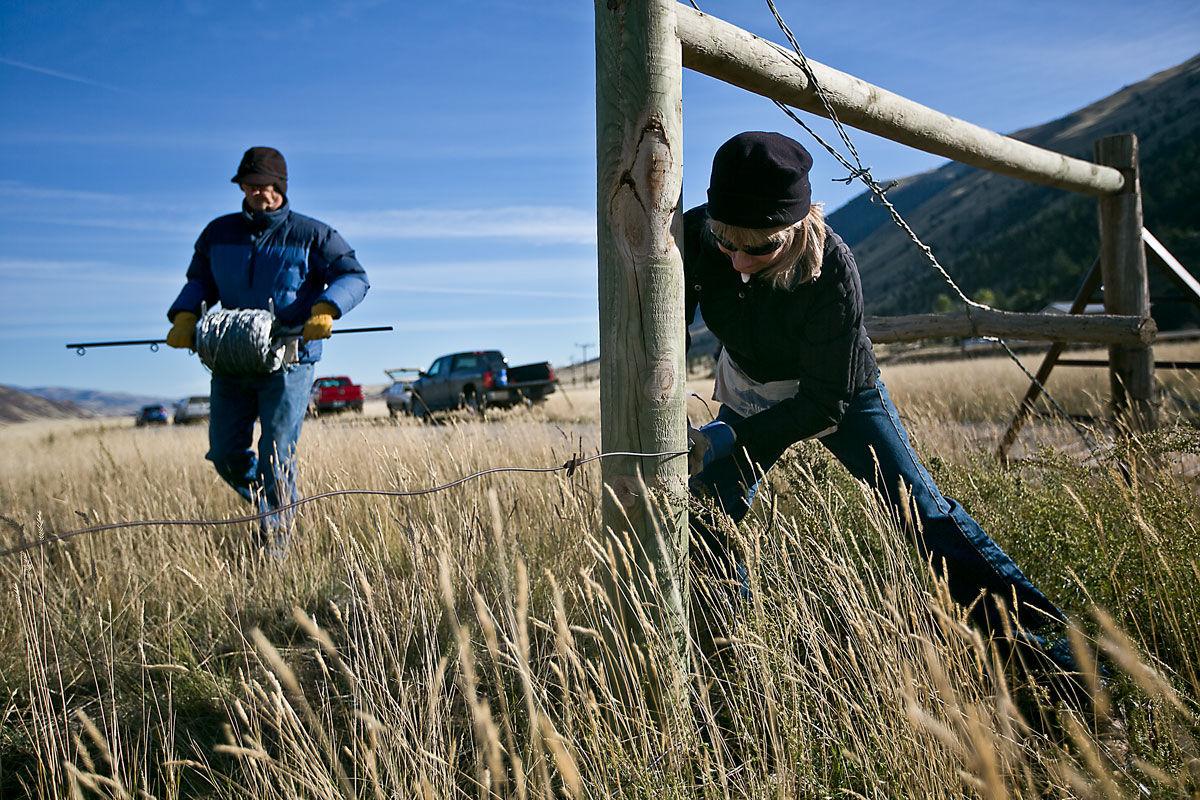 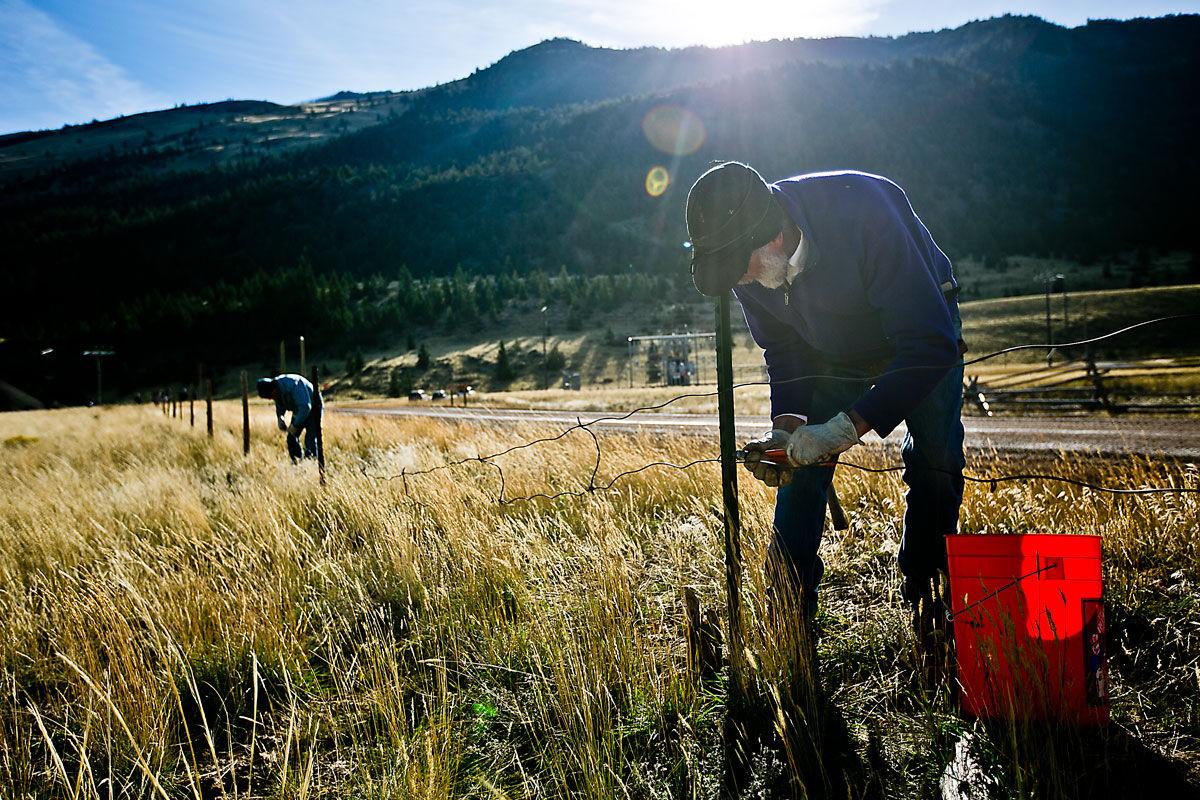 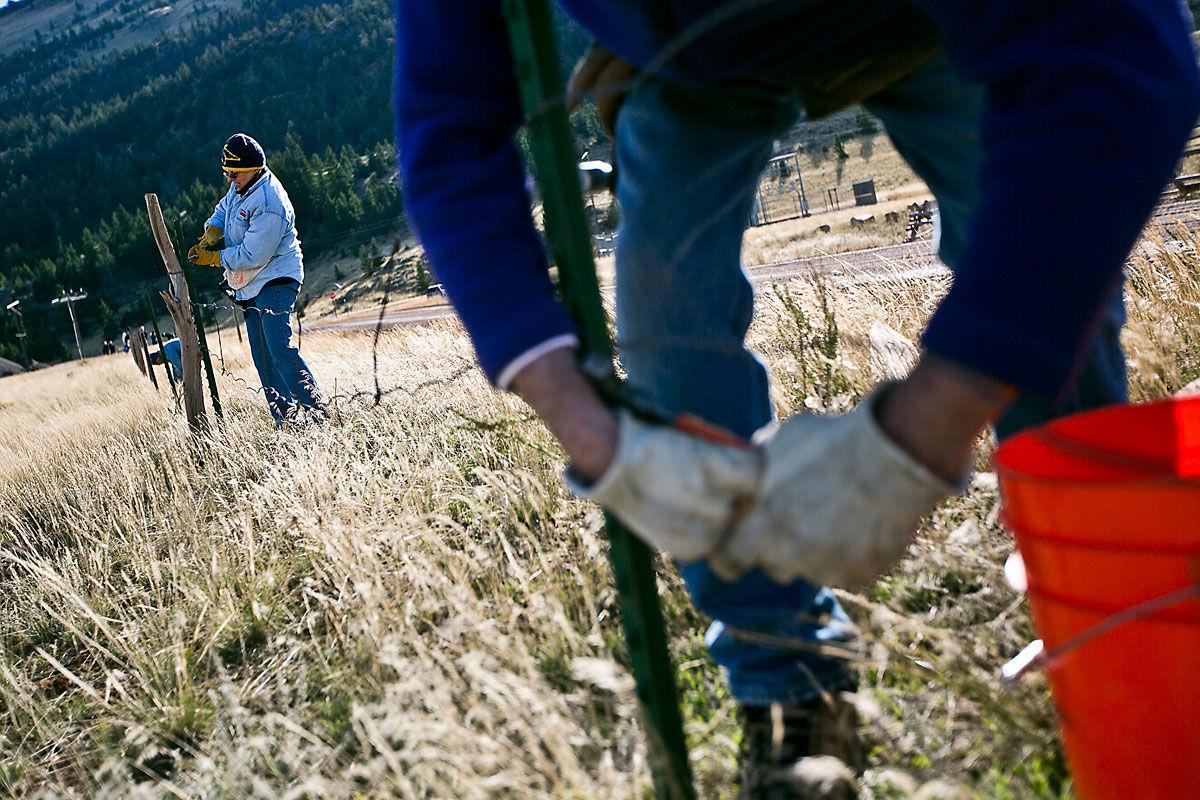 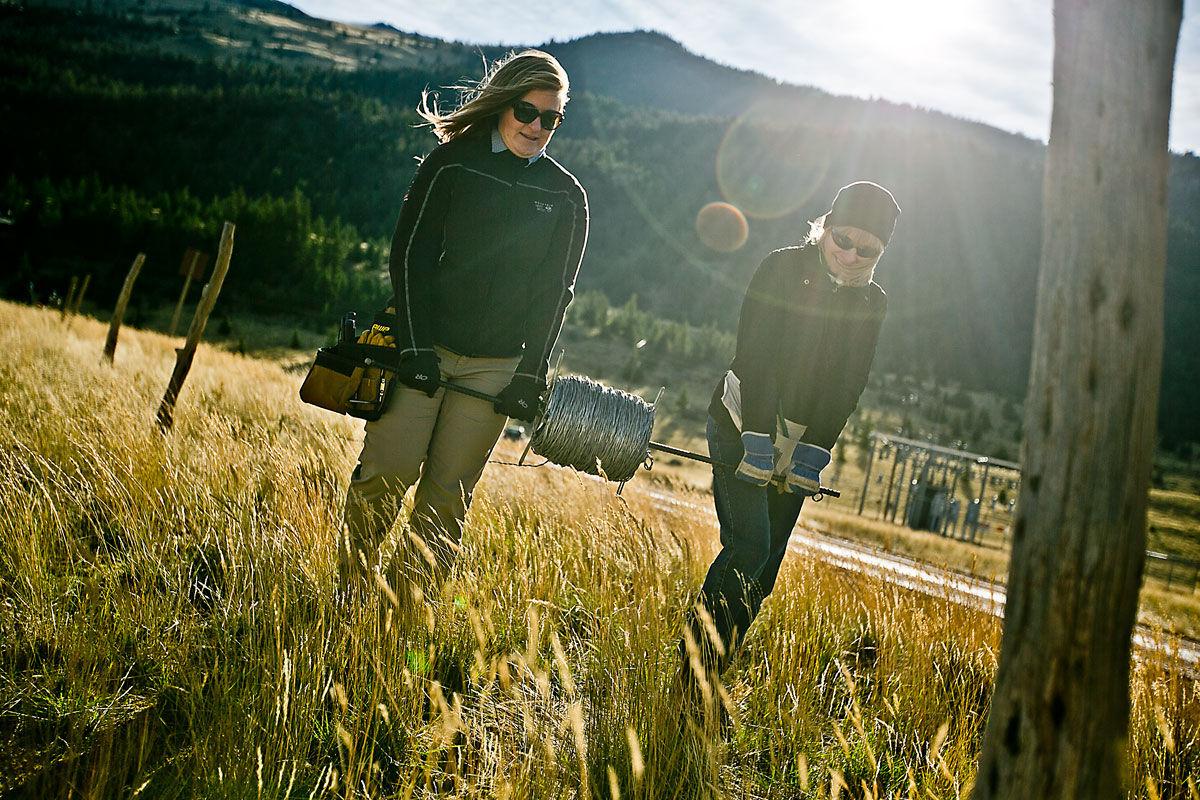 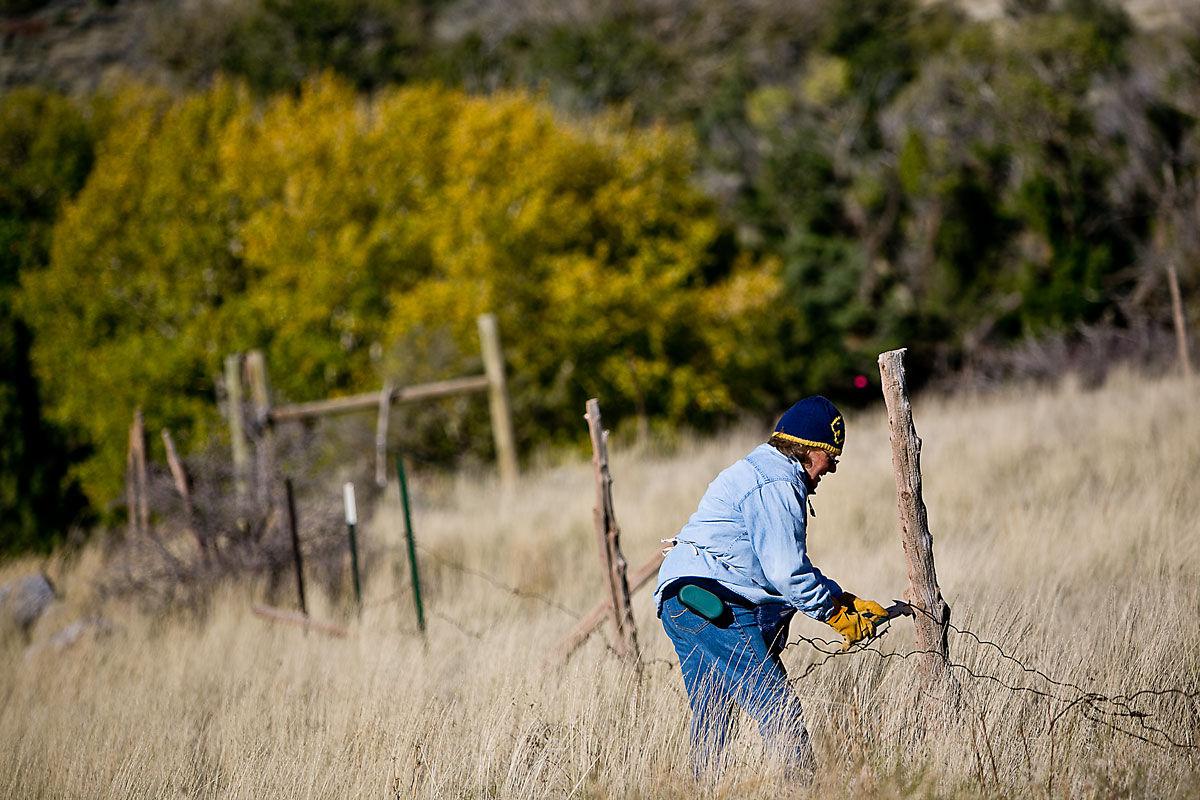 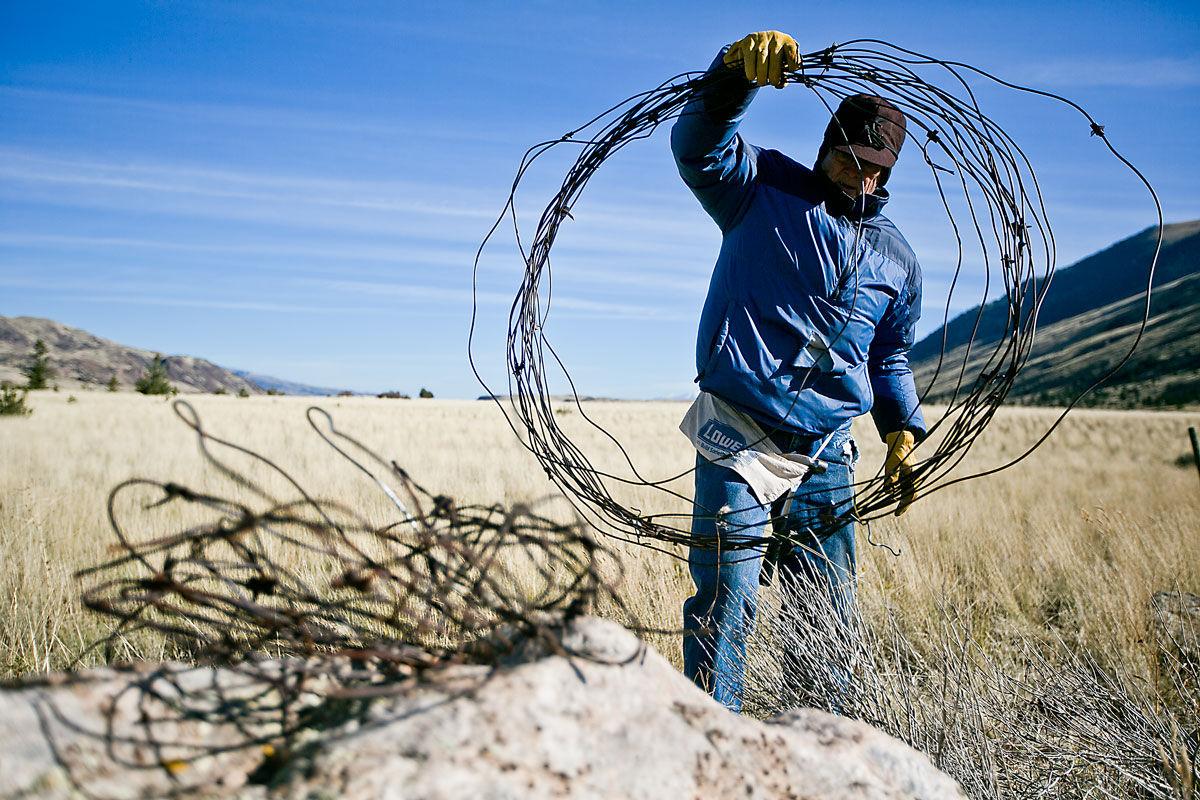 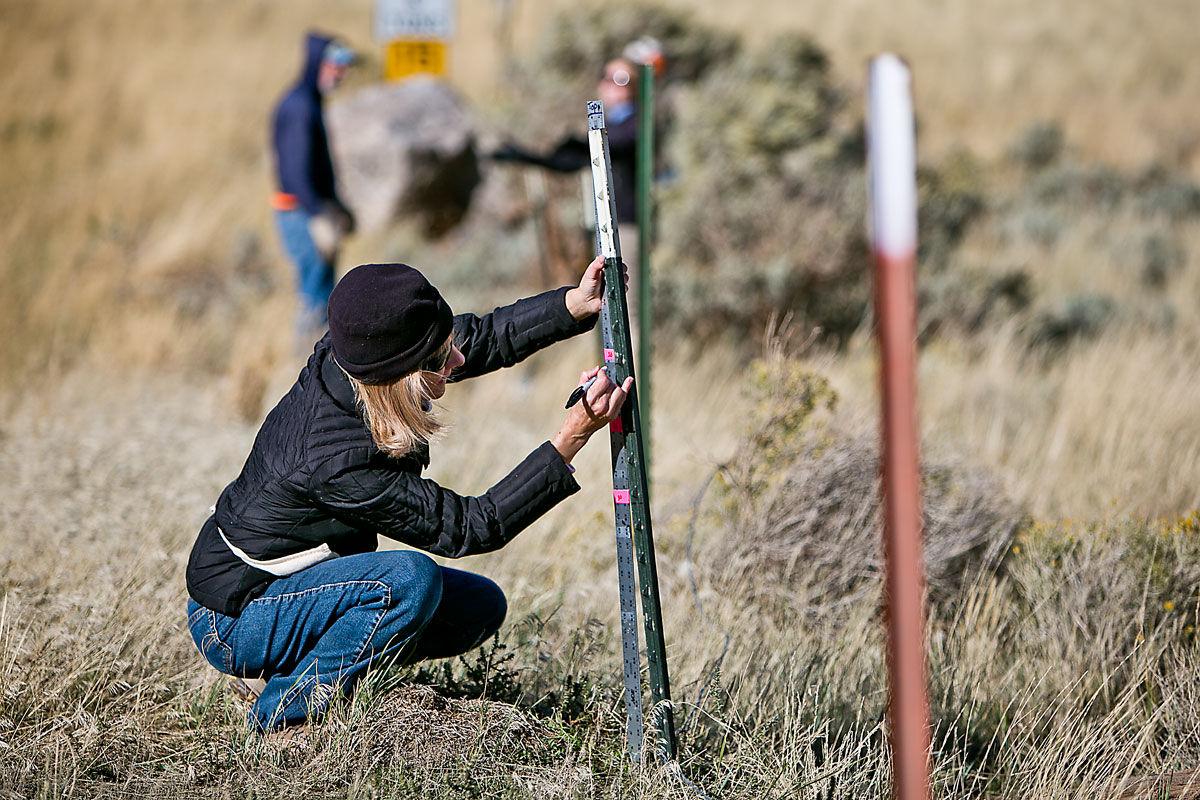 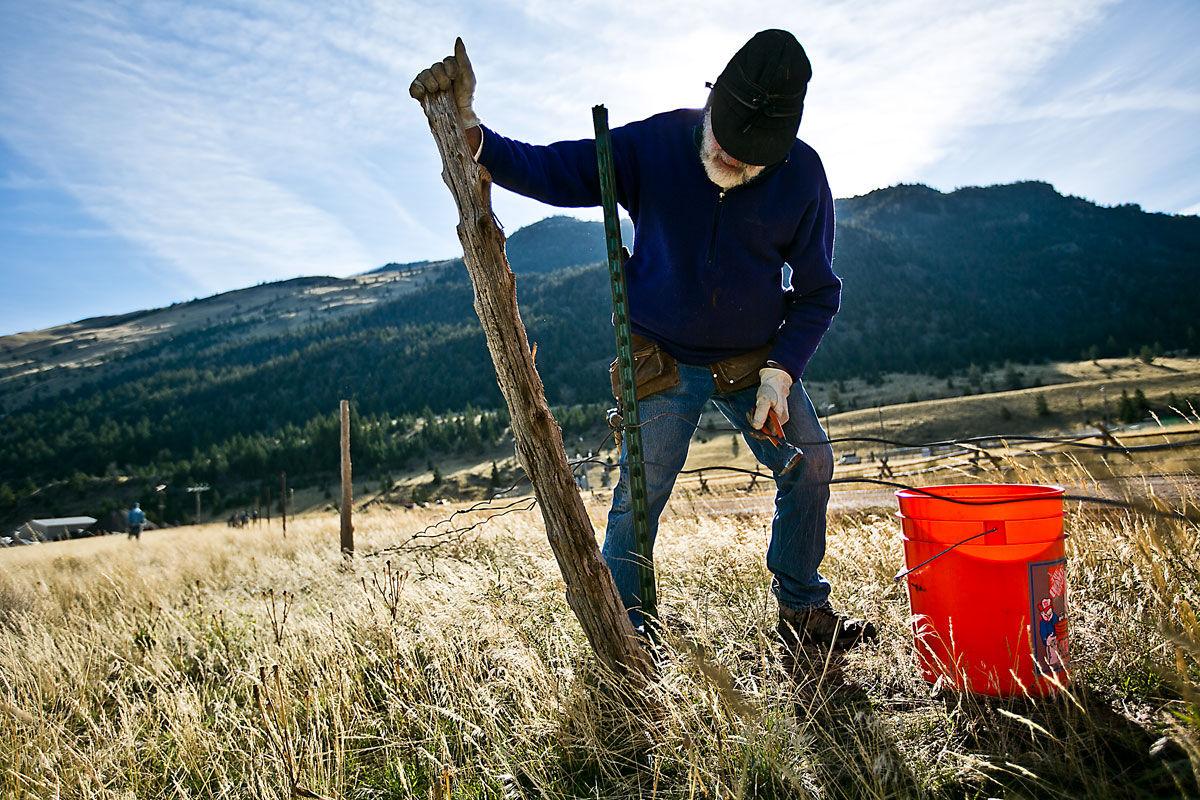 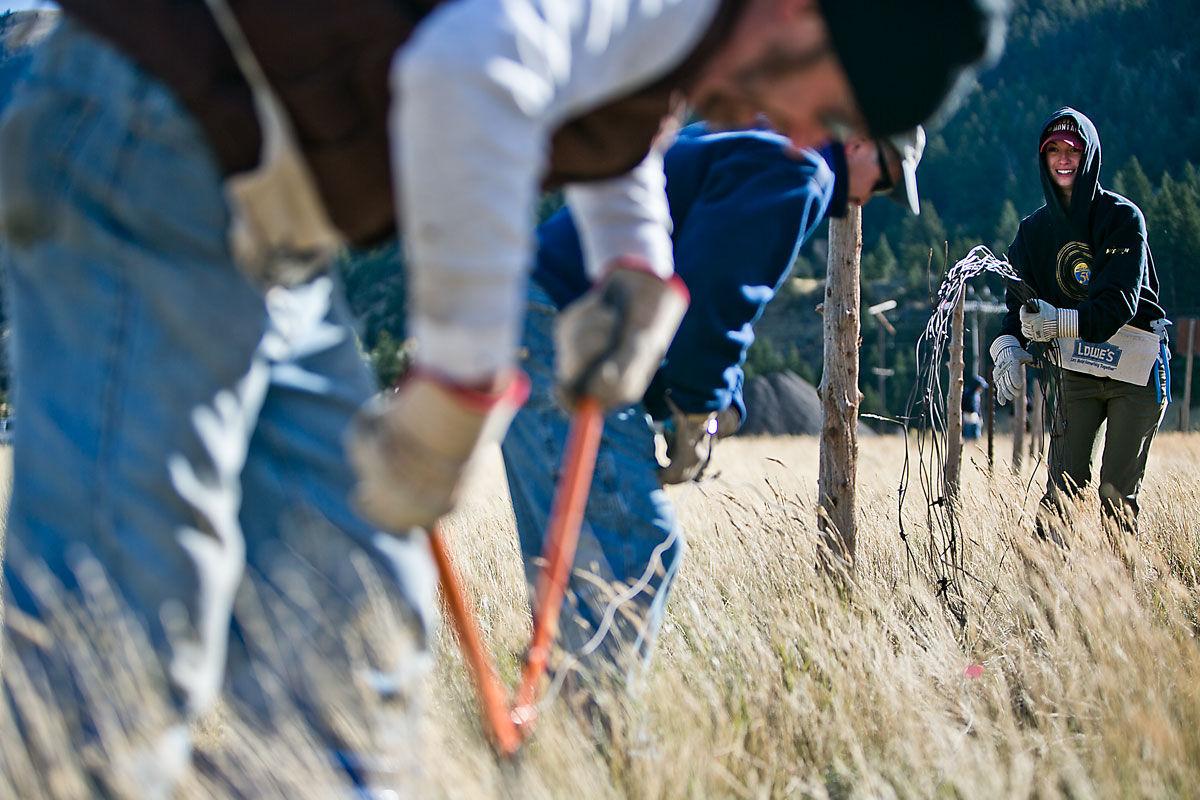 EMIGRANT – For the past few years, volunteers have been reopening the range in the Paradise Valley to allow the antelope to play once again.

The skies were not cloudy all day, but the wind was whipping out of Yankee Jim Canyon on Friday morning as 10 volunteers from Bozeman and Livingston spread out to modify the fence running between the Carbella Recreation Site and Tom Miner Road.

The sun had topped Dome Mountain. But the volunteers, decked out in down and fleece, still shivered while getting their instructions.

Most had heard it before, having strung fence in other efforts this summer. This was one of the National Park Conservation Association’s last workdays this year to enclose most of the 40-acre site with antelope-friendly fencing.

Bozeman volunteer Paul Gaffney pitched in on four or five of those workdays and has watched both elk and antelope wander by as he worked.

“It’s interesting to watch the wildlife, and the cause is a good one,” Gaffney said.

The cause is an effort to restore a historic antelope migration corridor that used to run along the Yellowstone River between Yellowstone National Park and Livingston, said Stephanie Adams, NPCA Northern Rockies program coordinator.

“As development occurred in the valley, the migration route was reduced. The main reason for that is, despite being the second-fastest mammal in the world, pronghorns don’t readily jump,” Adams said. “When they came out of YNP, they were running into fences, which became a barrier.”

Unable to travel farther north, the herds lost access to important winter range so some starved.

The population was also isolated from other herds in Montana so inbreeding was more likely.

By the early 2000s, the Yellowstone herd had dropped to 190 animals, and biologists worried that the herd could wink out altogether.

After studying populations throughout the West, scientists confirmed that, among other things, antelope couldn’t stand fences.

“I didn’t know much about pronghorn when I started. I read a book about them and learned that their ankles are too delicate. If they have to jump too high, they can break their ankles when they land,” said Bozeman volunteer Holly Stratford.

In 2010, the NPCA teamed up with Nature Valley to create the Preserving the Parks Program, which funds conservation projects in and around national parks.

Some projects restore trails, some kill weeds. But north of YNP, they modify fences.

Over the past four years, the projects have eliminated or modified 18 miles of fence, mostly near Yankee Jim Canyon.

It’s best to get rid of fences altogether – about a third of the work has been removal -- but that’s not always practical.

Adams and her colleagues try to work with landowners to find the best option.

In the case of the Carbella Recreation Site, which is owned by the Bureau of Land Management, BLM natural resources specialist John Sanford said he didn’t need to keep animals in, but he needed to keep unwanted motorized traffic out.

That’s where Fred King comes in.

“Wildlife can adapt to fences, but we can make it better so wildlife can move around without expending as much energy. I’ve never seen an animal killed on a fence. But having to expend limited energy – that’s what kills some in winter,” King said.

The most important trait of antelope-friendly fences is a bottom wire that is 20 inches off the ground so antelope can crawl beneath.

“The partnership with NPCA is great because these older fences have been up for a while. We started working on it last year so this will finish it up,” Sanford said.

Adams plans to move farther north into cattle country with future projects. Such a fence might not work for ranchers who need to keep cattle in. But all Adams needs is a short section, as little as 18 inches, where they can raise the bottom wire.

Nature Valley provides all the funding so landowners don’t have to pay for the fencing and making it easier for wildlife to negotiate means fewer repairs.

The effort seems to be making a difference.

Last winter, biologists counted 400 antelope in the park herd, the largest population since the 1990s.

In addition, a new herd, dubbed the Carbella Herd, has recently taken up permanent residence in the valley. Biologists think most of the animals have moved down from near Livingston, but some may be from the park, providing hope for better genetic exchange between herds.

Working with landowners, Adams has seldom heard a discouraging word about antelope.

“People enjoy pronghorns so it’s a nice species to work on,” Adams said.

Laura Lundquist can be reached at llundquist@dailychronicle.com or at 406-582-2638.

Police searching for suspect who shot man in Bozeman