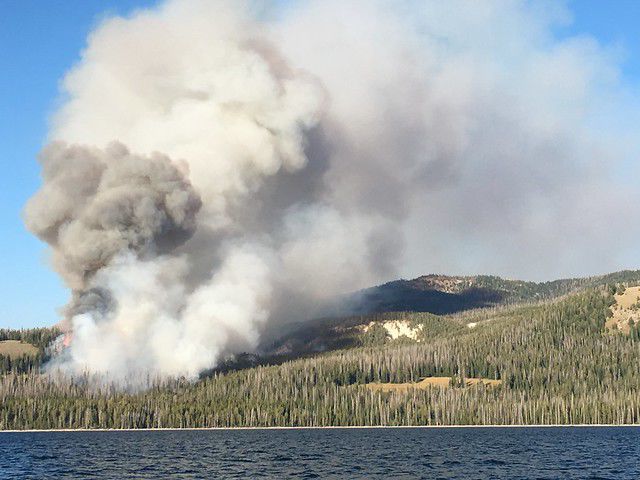 The Brimstone fire is burning on the east shore of Yellowstone Lake. 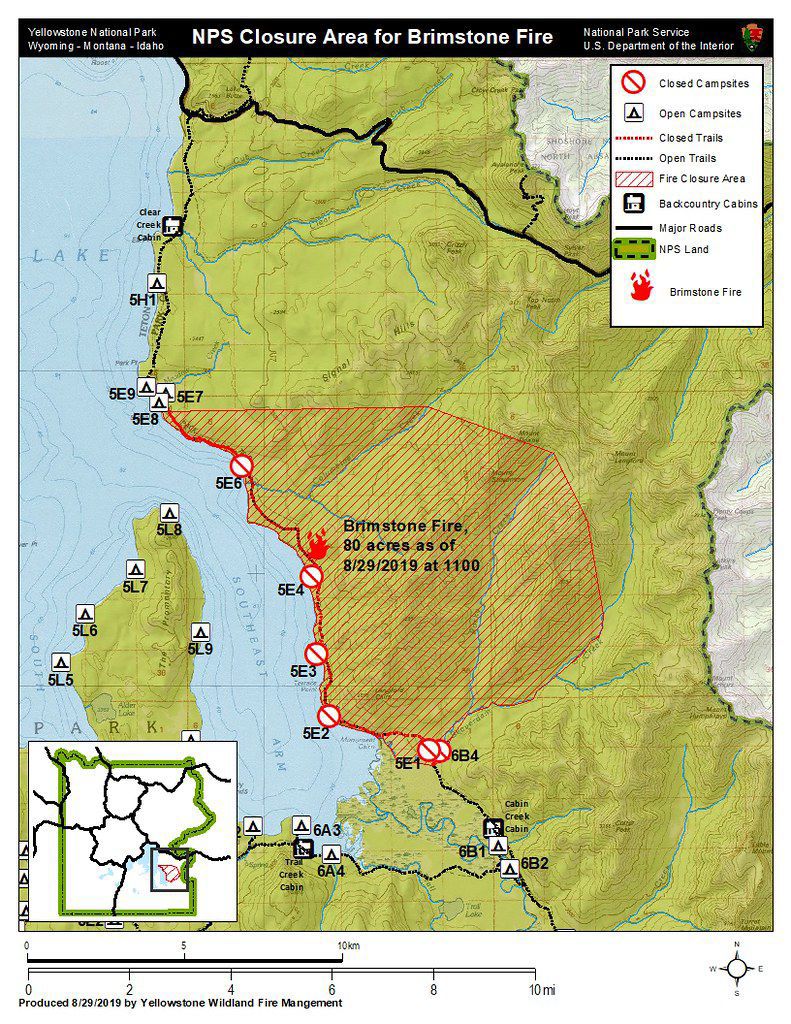 This map shows the trail and campsite closures for the Brimstone fire near Yellowstone Lake.

The Brimstone fire is burning on the east shore of Yellowstone Lake.

This map shows the trail and campsite closures for the Brimstone fire near Yellowstone Lake.

The fire on the east shore of Yellowstone Lake is growing and park officials are working to reroute backpackers and others who were headed there over the next few days.

Yellowstone National Park said in a news release Thursday afternoon that the Brimstone fire grew to about 80 acres on Wednesday night, making it the largest fire in the park so far this year. Park staff are working to reroute backpackers around the burning area, the release said.

Two groups had gotten shuttles out of the area by Thursday afternoon, Roland said.

The fire was detected Monday afternoon. The release said it was likely caused by lightning. It's chewing up spruce and fir trees. Park officials are monitoring the fire and making long-term plans for dealing with it.

Smoke can be seen from Bridge Bay, Lake Village, Fishing Bridge and the East Entrance Road.

Fire danger in the park is "high," but there are no fire restrictions. Four other fires are active inside the park's borders, but the Brimstone is now the largest.

Victim found near Montana site of train collision with car