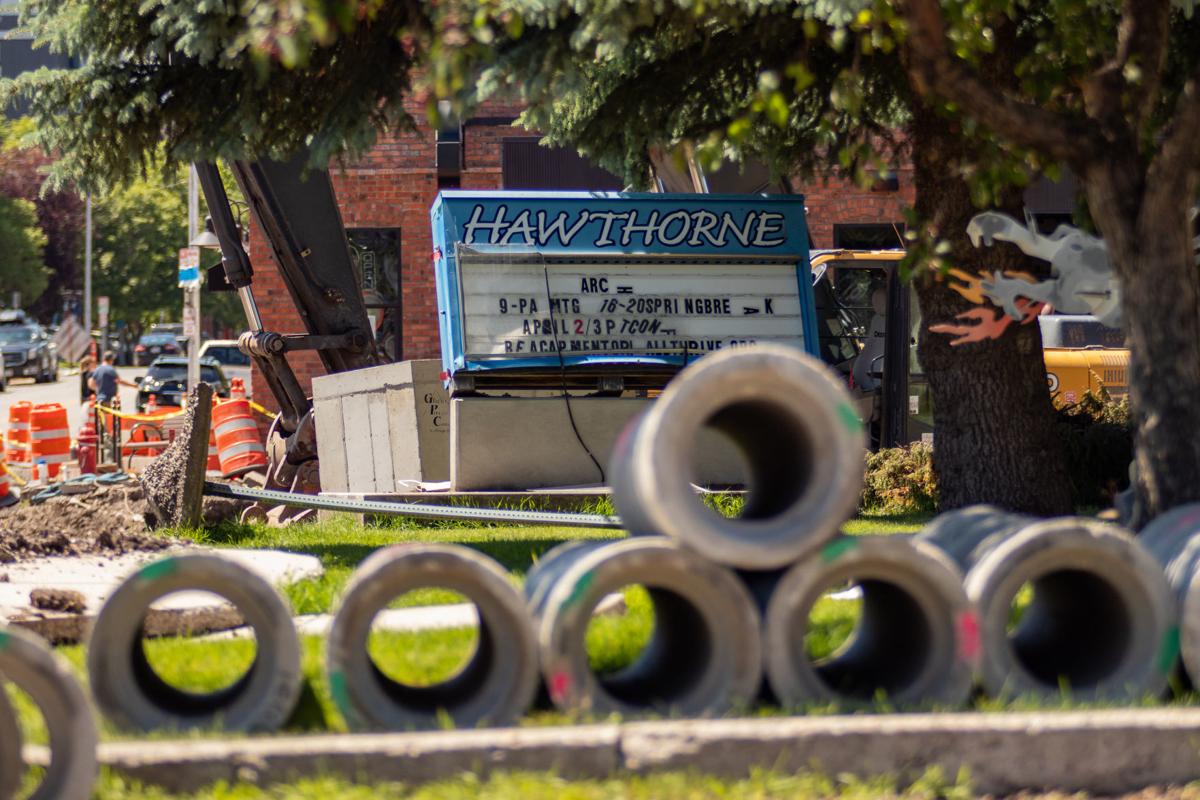 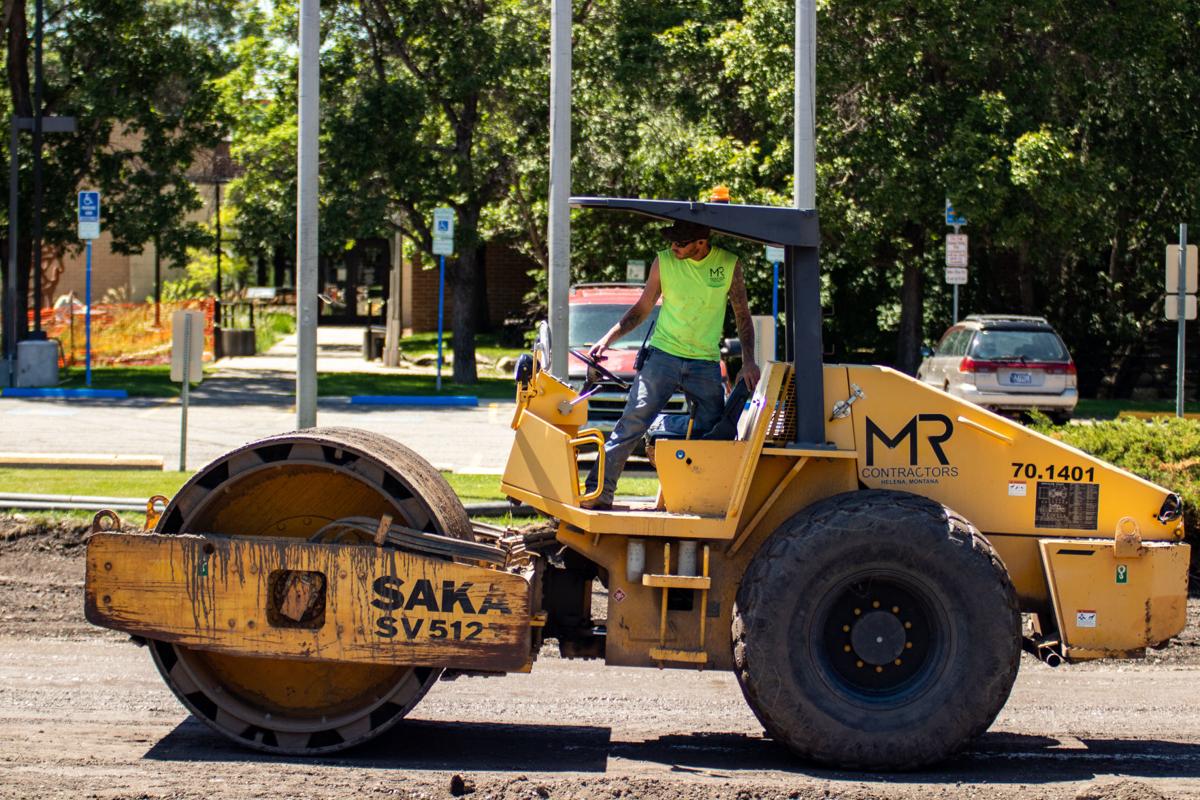 A construction worker drives a drum roller in front of Hawthorne School. 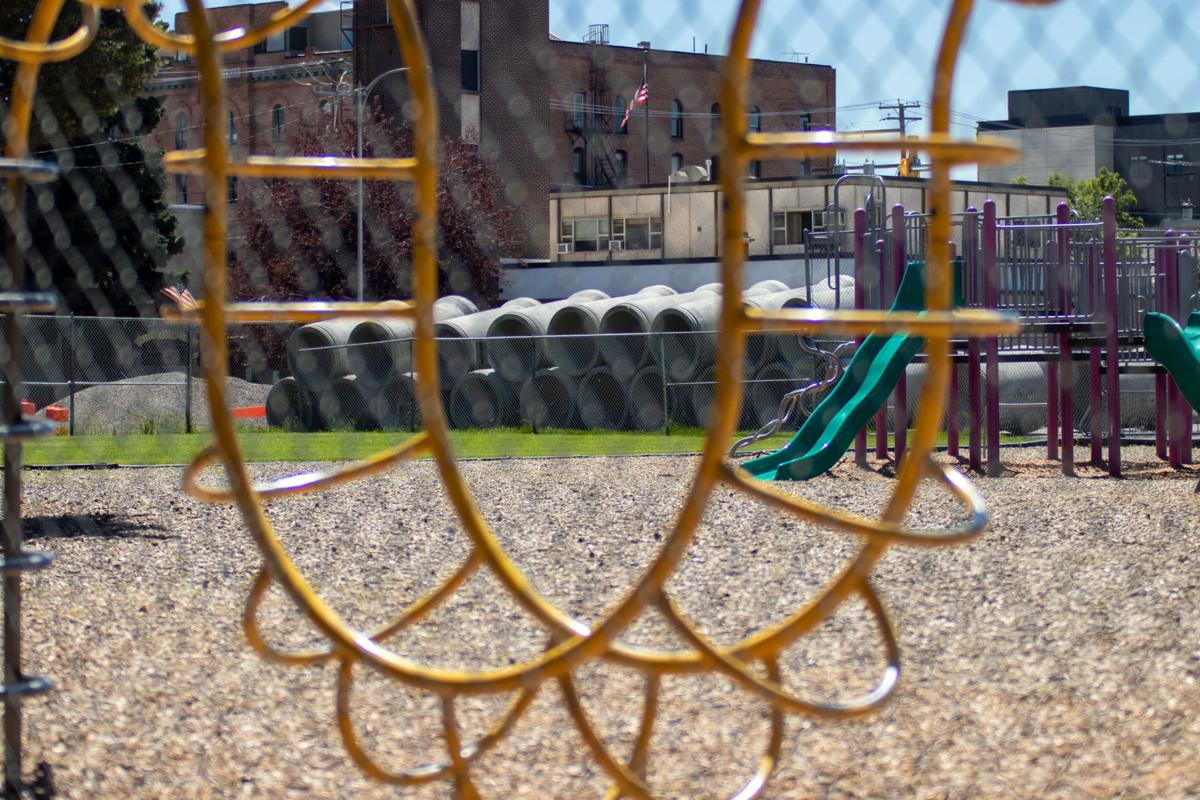 Construction equipment being used for roadwork is kept next to Hawthorne School. 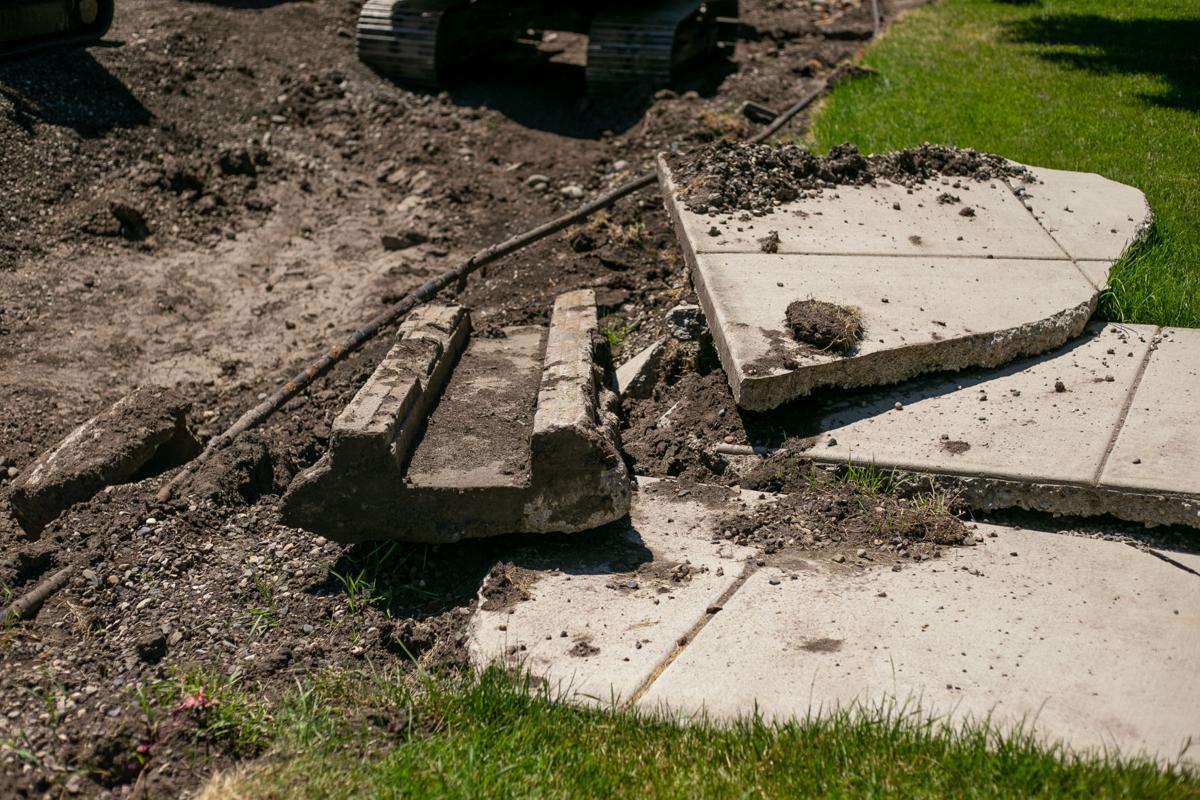 A walkway leading to Hawthorne School is torn-up due to road construction. 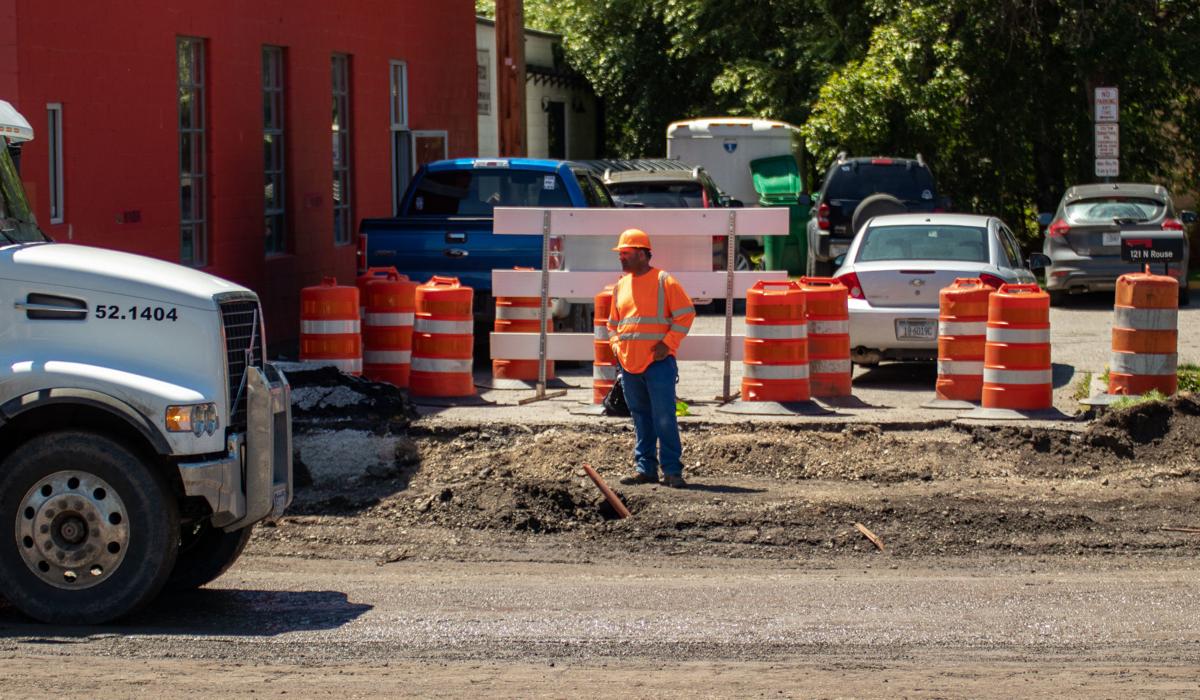 A construction worker directs a truck through a work zone. 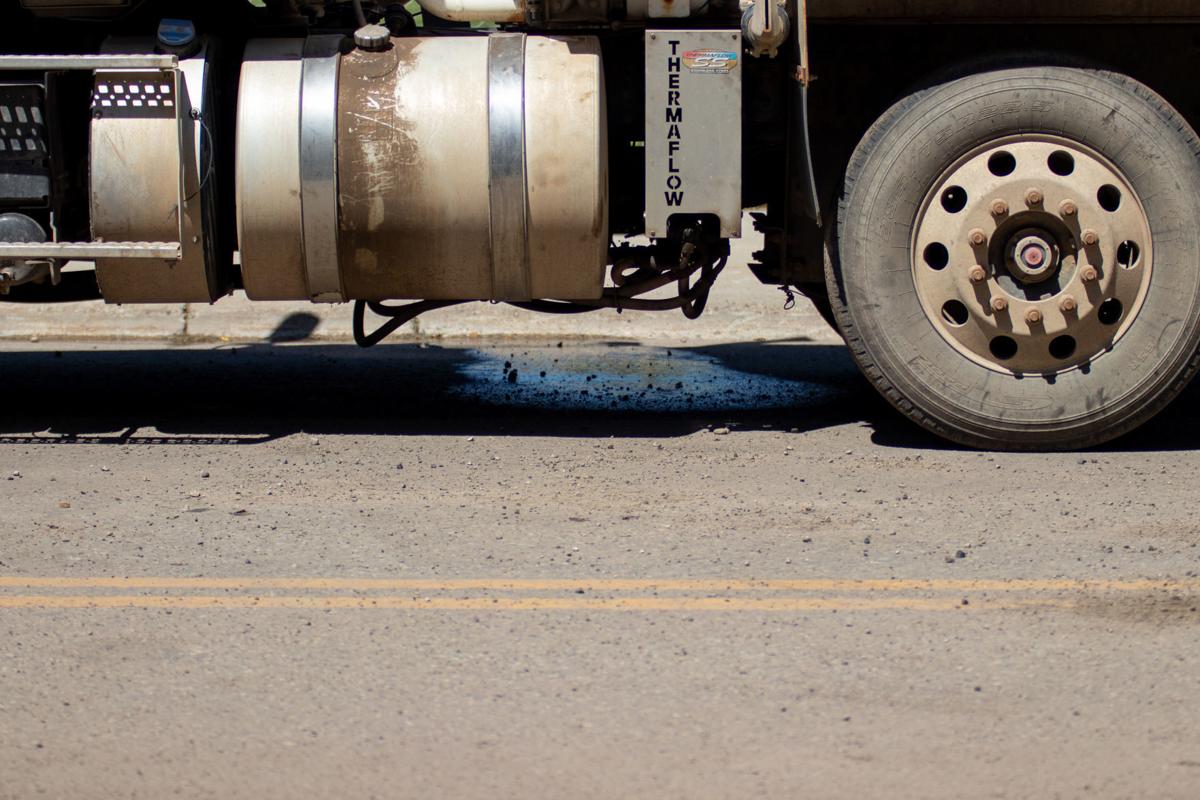 Liquid drips from underneath a truck outside of Hawthorne School.

A construction worker drives a drum roller in front of Hawthorne School.

Construction equipment being used for roadwork is kept next to Hawthorne School.

A walkway leading to Hawthorne School is torn-up due to road construction.

A construction worker directs a truck through a work zone.

Liquid drips from underneath a truck outside of Hawthorne School.

The statue of Jeannette Rankin gazes out placidly from her seat in front of Bozeman’s Hawthorne School as heavy trucks lumber past and crews tear up roadway, lawn and trees for the widening of Rouse Avenue.

The statue representing America’s first woman in Congress once sat far back from the sidewalk, but the road-widening project has sliced off the front half of the school’s front lawn, almost up to Rankin’s long skirts.

The road project should help solve some the school’s problems with buses, parking and parents dropping off children, Bertram said.

“It’s never good to lose green space,” he said, but kids didn’t use the front lawn as a playground anyway because of the traffic on Rouse. The project does include planting some replacement trees. “It will work.”

This is part of a roughly $20 million project to upgrade nearly two miles of Rouse Avenue, from Main Street north to Story Mill Road, and make it a safer and more modern north-south traffic route. It has been years in the making, with the Montana Department of Transportation getting an environmental study back in 2008.

Missouri River crews were running excavators, bulldozers and road graders this week between the school and Bozeman’s City Hall. In addition to widening the road, they’re installing new storm drains to replace pipes about a century old, one worker said.

The section from Main Street to Lamme Street started after school ended a month ago and is slated to be finished by Aug. 22 — before school is expected to open Aug. 31. The state DOT agreed to pay the Bozeman School District $241,308 for 8,000 square feet of lawn and right of way.

The torn up road also affects the downtown fire station. Fire trucks are entering through the back way into the fire station.

The first phase of the project, finished in 2018, widened Rouse from Oak Street to Story Mill Road. This second phase goes from Oak to Main Street and costs about $9 million. It’s adding turn lanes and bike lanes, in addition to new storm drain and gas line replacement.

More students get driven to school by their parents than bused, Bertram said. Parents would rather drop kids off on Church Street, so the children can run through the playground and into the school’s unlocked back doors, instead of dropping them off in near the front doors, which are locked for safety reasons. In the dead of winter parents didn’t like that kids had to walk so far to get inside, he said.

The school sign decorated with big crayons that stood on the front lawn for many years had to be removed. A new sign is in the works, with help from the parent council, Bertram said. Instead of crayons, it will have a logo with the school mascot — the Hawthorne Hedgehogs.