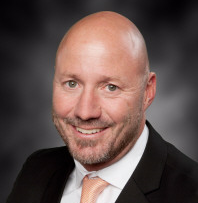 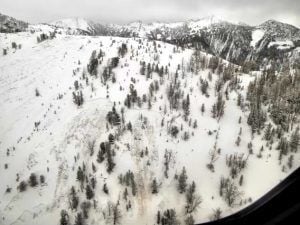 The principal of Whittier Elementary School died Sunday night from injuries sustained after being partially buried in an avalanche in Beehive Basin earlier that day.

Craig Kitto, 45, had been the principal of Whittier Elementary School since 2018.

According to the Gallatin National Forest Avalanche Center, Kitto and another splitboarder were going up the slope of the basin when they felt the snow on the slope collapse and saw cracks forming underneath them. One of the splitboarders grabbed a tree. Kitto was carried downslope into a tree and was partially buried with critical injuries.

The person who was not buried called 911 and went down the slope to help Kitto. Gallatin County and Big Sky Search and Rescue evacuated Kitto from Beehive Basin and got him to the Big Sky Fire Department Life Flight, which brought him to Bozeman Health Deaconess Hospital.

Kitto told the Chronicle in 2018 that he was born and raised in Townsend and earned his bachelor’s and master’s degree at Montana State University. He said he’s “a Bobcat, through and through.”

Before making the move to Whittier, Kitto had 18 years of experience as an educator, including several years as an assistant principal at Buffalo High School and five years as the principal of Meadowlark Elementary in Buffalo, Wyoming.

On a conference call with trustees shortly after the vote that confirmed him for the job at Whitter, Kitto said he was “beyond excited” to come back to Bozeman and be closer to his family.

Former Superintendent Rob Watson, who recommended Kitto for the job, said in 2018 that he did so because of Kitto’s approachability, well-rounded background and excellent track record. Watson said Kitto went out of his way to include special education students in the classroom and had experience working in schools with high numbers of low-income kids.

In an email sent to all Bozeman school district staff, interim co-superintendents Marilyn King and Casey Bertram wrote that there will be additional counselors and psychologists at Whittier School this week to help students who need or want to talk.

“Whittier School and the District has a Crisis Response Team made up of professionals trained to help students, parents, and school personnel at difficult times such as this,” King and Bertram wrote in the email.

The email also included a link to a guide for parents and caregivers to talk to kids about loss and a link for school district staff to get more information on the Employee Assistance Program.

School will be in session for Whittier on Tuesday, but guardians who choose to keep their children at home will be able to do so without any attendance issues, the email stated.