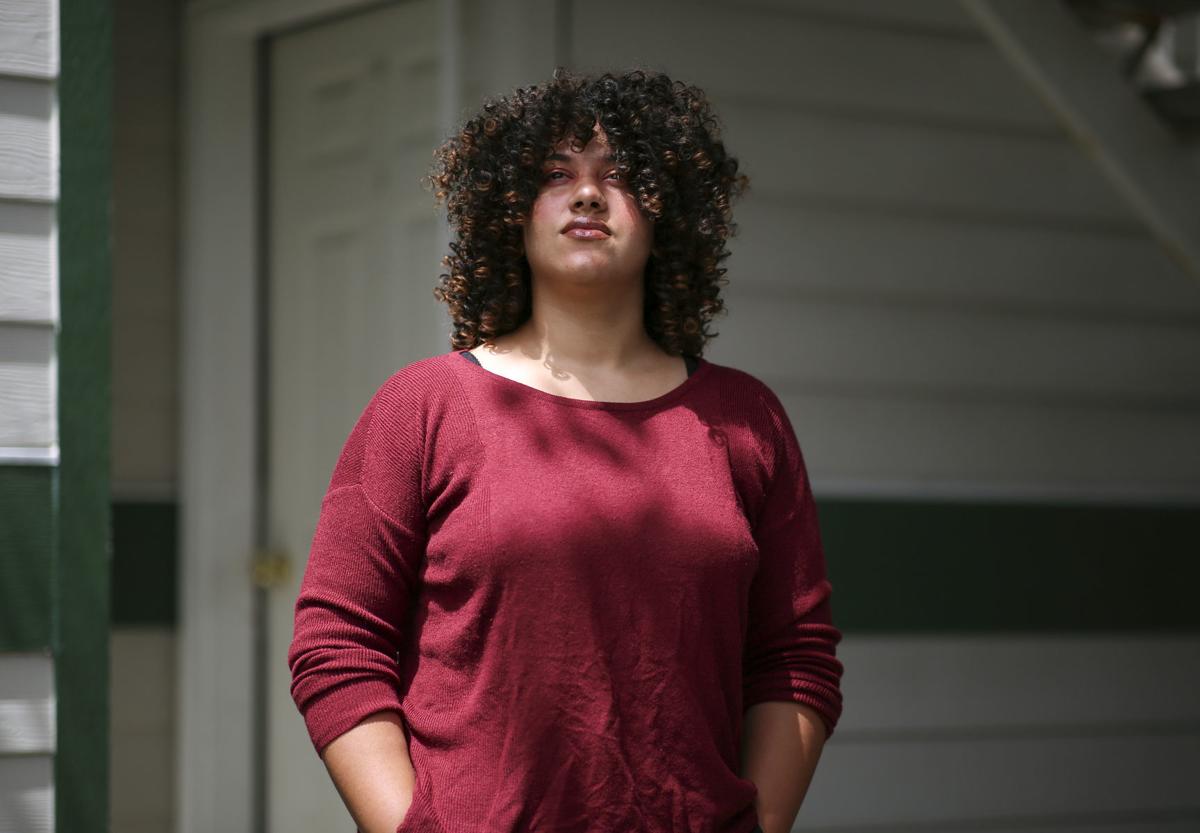 Jessica Brito, treasurer of the MSU Black Student Union, poses for a photo on Thursday. 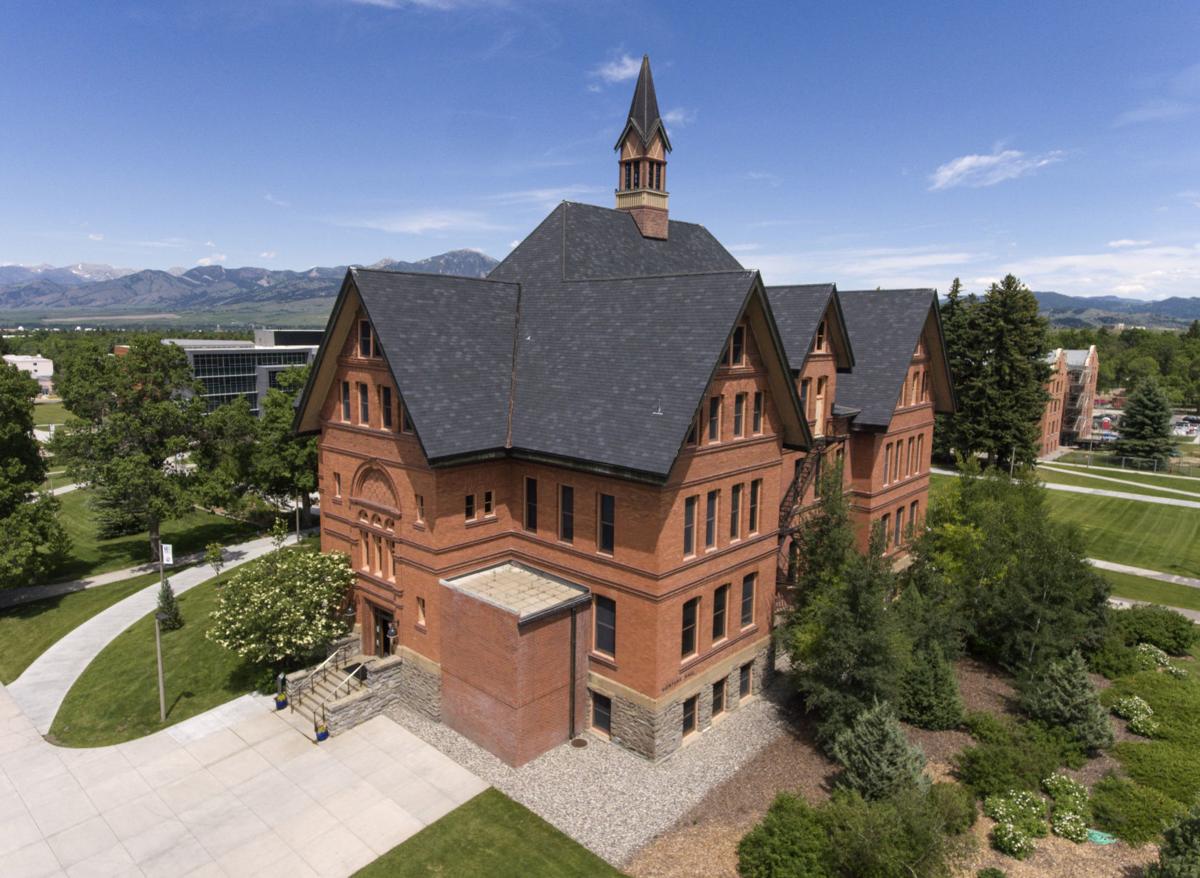 An aerial view shows a side profile of Montana Hall, the building containing Montana State University President Waded Cruzado's office. Members of the university's Black Student Union are calling on MSU to make changes to the university's curriculum to better represent African and African American history and culture.

Jessica Brito, treasurer of the MSU Black Student Union, poses for a photo on Thursday.

An aerial view shows a side profile of Montana Hall, the building containing Montana State University President Waded Cruzado's office. Members of the university's Black Student Union are calling on MSU to make changes to the university's curriculum to better represent African and African American history and culture.

This is the fourth installment in “Beyond the rallies,” a Chronicle series about what the worldwide protests over the treatment of people of color mean for Bozeman.

Montana State University does not offer degrees in African American or African studies, nor does it have African American history classes, but members of the university’s Black Student Union are calling for change.

“Other universities do have access to that knowledge, and students come out of college more prepared,” said Jess Brito, treasurer of the MSU BSU. “It’s definitely made me question staying at this university a few times.”

Ever since Lyla Brown and Jamelle Phillips restarted the student group in 2018 after decades of inactivity, Brito and other BSU members met on several occasions with faculty and administrators to advocate for adding classes about African and African American history and culture.

BSU worked with faculty and administrators to create a class called Introduction to Africana Studies, which will be offered as part of the university’s Liberal Studies program for the first time this fall. According to its overview, the course “explores the themes that characterize the historical experiences and contributions of the African diaspora in the modern world.” Jelani Mahiri, an MSU professor with a doctorate in sociocultural anthropology, will teach the class.

“The Black Student Union has been working very hard and we’re proud of them for the leadership they’ve taken upon themselves. We’ve been learning from them and appreciate all that they’ve been bringing to our attention. We look forward to continuing to work with them in a manner that will create change that will endure,” Ellig said.

Brito said this class is the first step toward creating an entire program devoted to African and African American history.

“You can’t have American studies programs without talking about African American history,” she said. “We’re not going to be satisfied with one class.”

Talks with university officials about adding more new classes have resulted in verbal support, but little action, Brito said. She hopes teaming up with Bozeman United for Racial Justice, the group behind rallies that have drawn thousands in Bozeman, might pressure the university into action.

More classes aren’t the only thing BSU wants. Brito and Anaya Paschal, BSU’s president, want the university to hire a graduate student in the Diversity and Inclusion Student Commons with the specific role of supporting African American and African students.

Ellig said MSU has moved up the start date for the new DISC program manager, a key position for supporting minority students on campus. Though Precious “PJ” Diamond wasn’t due to start working until Aug. 1, Ellig said she has already started and recently met with members of BSU.

Brito said while she’s glad there’s someone there to represent minority students, the new program manager’s responsibilities do not satisfy BSU’s needs. She hopes the university will hire someone who can devote their time fully to advocating on behalf of Black students and BSU.

Paschal and Brito said they also want the university to designate a space on campus for Black students to study and hold meetings without fear of harassment.

Brito said Black students face racial aggression on campus regularly. She recalled the experience of one Black student who was harassed by a strange white man in the library. The man directed racial slurs at her, Brito said.

To help them feel safe, Brito said, the university should grant Black students their own separate space.

According to Ellig, “The process of assigning space on campus is complicated and made more so this year by COVID-19. Given the social distancing requirements that COVID-19 will impose in classrooms, we have significantly less space available. This has profound effects on how space is allocated for next semester.”

Ellig said the process for assigning classrooms hasn’t been completed. He encouraged BSU students to use the Diversity and Inclusion Student Commons, which he said was created with them in mind.

Establishing a program for African and African American studies is their primary goal, though.

At a Bozeman United meeting at Bozeman Pond on June 13, Brito and Paschal asked activists to tell students registering for classes to sign up for the Africana studies class. “The more attention this gets, the more MSU is going to realize this is actually important for people to learn,” Brito said.

Brito said she’s been told it might take 10 to 15 years for MSU to add a new program. A junior studying psychology, she will have already graduated by the time students can benefit from the work she’s put in.

“I’ve had to put in so many hours to get this done,” she said. “College is hard enough as it is.”

According to Ellig, the academic process for creating majors and minors is rigorous, and requires multiple steps. Included are approval from the Faculty Senate and approval from the Board of Regents of the Montana University System.

“While it is not possible to complete the process in a couple of months this summer, there is interest on the part of faculty and administrators in seeing the process started once classes resume in the fall semester,” Ellig said.

Brito said it’s disappointing Black students still don’t have the resources to learn about their own history. MSU offers one African anthropology class, she said. She wonders why students are given degrees in global studies without learning anything about the second-largest continent in the world.

“For that part of history not to be prioritized or recognized is really disappointing,” she said.

Tobin Miller Shearer, director of the African-American Studies program at the University of Montana, said the reason African American history often gets left out of curriculum is largely political. Legislative oversight and vetting at the state level determine what public schools teach.

These subjects have “been influenced by politics to such an extent that a celebratory national narrative has been consistently promoted by textbook manufacturers,” Shearer said. This is because manufacturers know textbooks “will get purchased in states that don’t want to talk about the process and legacy of enslavement” and the long Black freedom struggle.

“We can’t talk about the experience of African American history in this country without talking about the deep-seated nature of racism and how it has been instilled in our institutions,” Shearer said.

Shearer also said it’s important for students of color to have their own space on campus to feel safe.

Murray Pierce, the administrative liaison to the Black Student Union and support for students of African descent at the University of Montana, said UM’s Black Studies program was founded in 1968 because four students from the university’s BSU demanded it.

“They think students of color are suffering from the same stuff,” and others view it as, “they’re just struggling,” he said. “That’s just not the case.”

Students of color walk around buildings named mostly after white people, and they may not see themselves represented in faculty and administrators, Pierce said. He recommended that universities listen to students of color with intent and employ this intent.

Pierce said different areas and segments of the country have different timelines when it comes to addressing the experiences of students of color, but “at some point these things reach a tipping point,” and institutions need to act.

Brito hopes that when she leaves BSU, future leaders of the student group will continue to prioritize the goals she and others have worked toward. However, she would never expect any leader to contribute the same amount of time and effort she has.

“It’s not fair to expect students to do these things,” she said. “If diversity is part of the strategic plan at the university, this is something they should really focus on.”