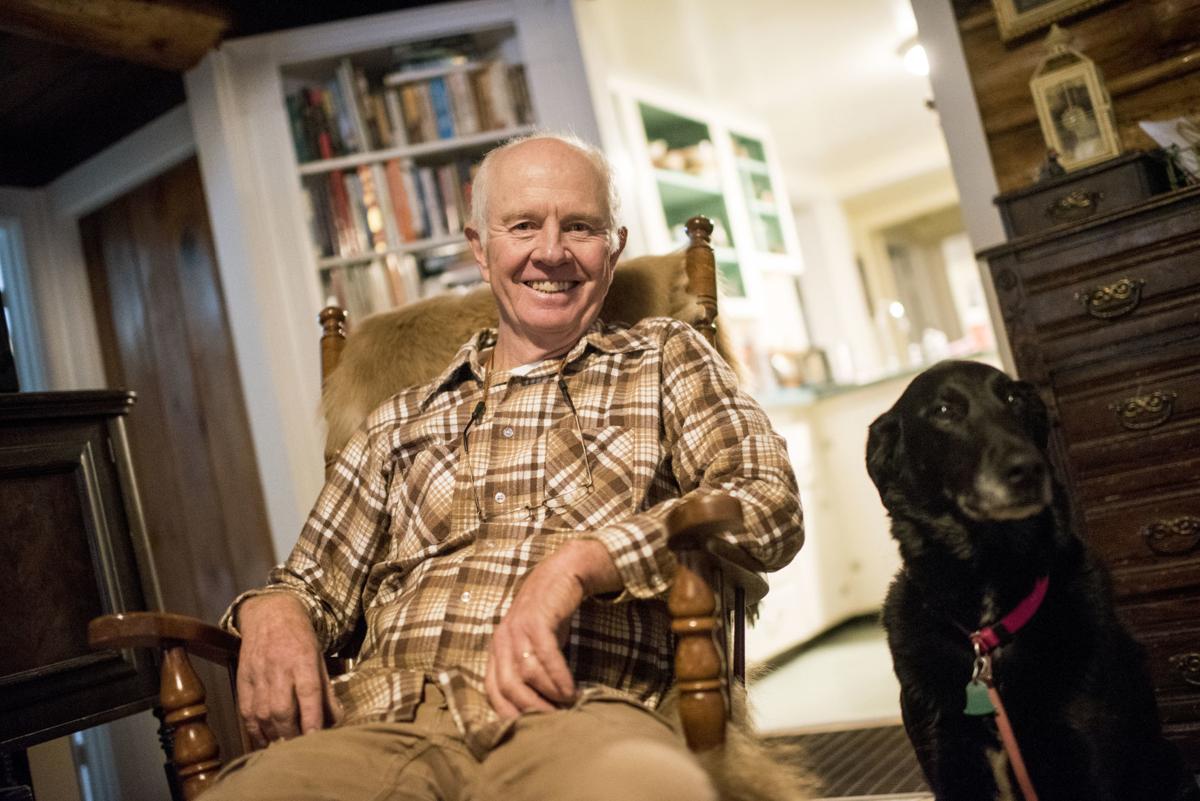 Glade Young poses for a photo with his dog, Raven, on Nov. 20, 2019, near Four Corners. Young received a bone marrow transplant from Alan Bishop in 1990. 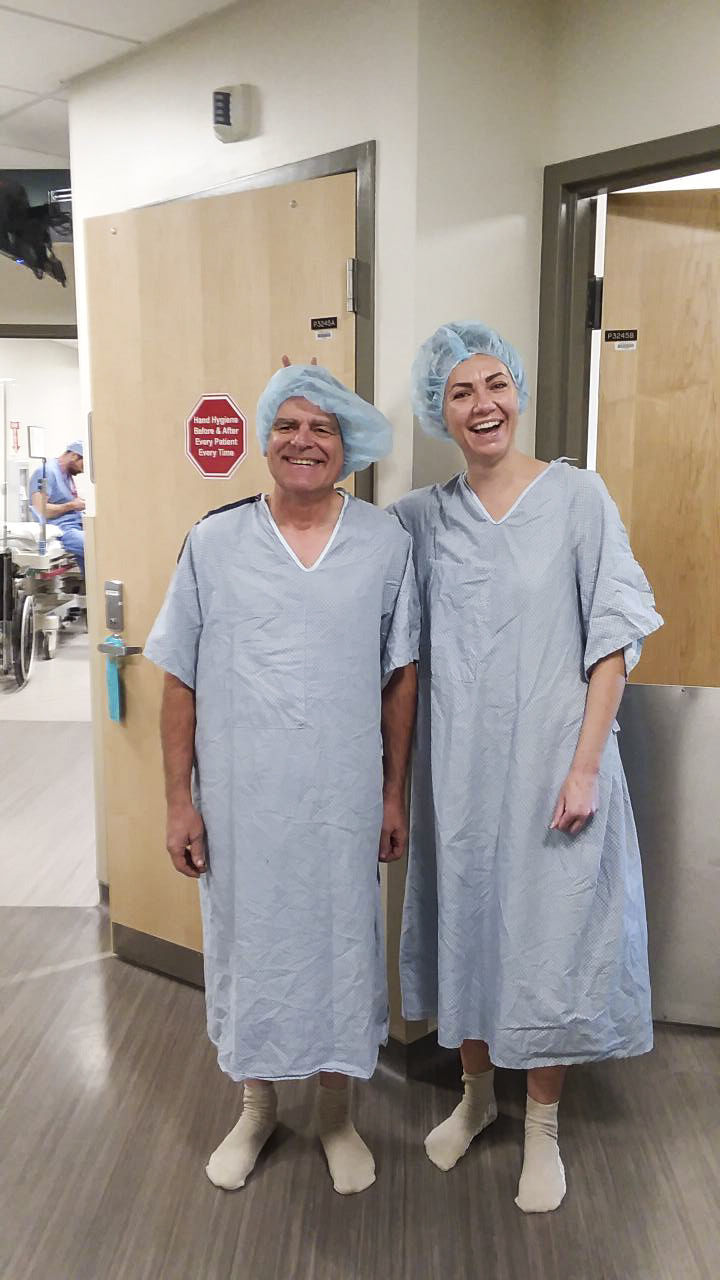 Alan Bishop and Teal Young pose together for a photo before surgery. 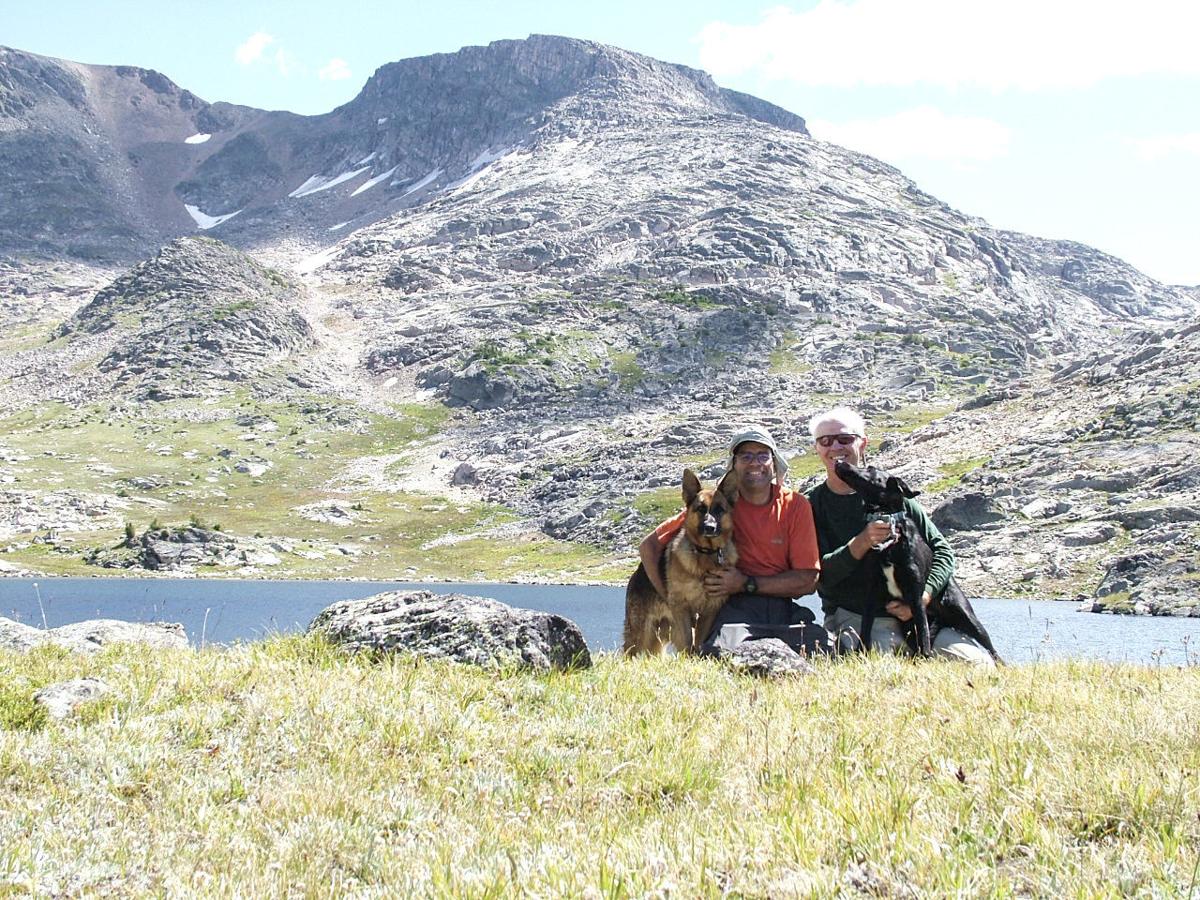 Alan Bishop and Glade Young pose for a photo on a backpacking trip in 2013 in the Beartooth Mountains.

Glade Young poses for a photo with his dog, Raven, on Nov. 20, 2019, near Four Corners. Young received a bone marrow transplant from Alan Bishop in 1990.

Alan Bishop and Teal Young pose together for a photo before surgery.

Alan Bishop and Glade Young pose for a photo on a backpacking trip in 2013 in the Beartooth Mountains.

At first, Glade Young thought he had an infection from a dog bite. It would be years before his invisible pain had an answer and a stranger would offer up the parts needed to save his life.

This month, nearly 30 years later, that same person helped save the life of Young’s daughter.

Young was thinning timber in Alaska in the late 1980s when his back began to ache. He visited the doctor who rotated through the area once in a while by boat — “the area” for Young meant six hours of driving.

“Here I am, 29, and the doctor said, ''You're getting older’ and gave me a little slap on the back,” Young said. “It was in a friendly way, but it felt like somebody hit me with a baseball bat.”

For three years, doctors kept telling Young he was fine.

In that time, he met a woman. They got married, moved to Bozeman and had a baby. His pain worsened. Young often felt tired and out of breath.

He gave up on a diagnosis and walked into a pain management clinic.

“The doctor said, ‘You look alright to me, but you can get a blood test if you want on the way out,’” Young said.

That $11 test showed Young’s white blood cell count had skyrocketed. He had leukemia.

“We had a good cry, but I was already through the scared thing,” Young said. “When I was diagnosed, the pain was such that I was suicidal. It was almost a relief that I could duck out of this life gracefully.”

After a few weeks of chemotherapy, Young felt better but his body still wasn’t producing healthy blood cells. He told his doctor he was willing to be a test subject for a bone-marrow transplant.

Within a year, Young had a donor match. The transplant stuck. Since, bone-marrow transplants have become one of the best success stories in cancer treatment. Its boosted survival rates from nearly zero to more than 85% for some blood cancers, according to the Seattle Cancer Care Alliance. Donor matches are still hard to find.

It was another two years before Young got to know the man who had offered the bone marrow.

Young’s treatment continued with medication after the surgery that made him more aggressive than his nature. He said he’s grateful his wife stayed with him though “that hell” as the medication balanced along with his temperament.

Eventually, Young sent a letter of thanks to his donor, Alan Bishop — a California mechanic who is one of those people who sounds a bit too good to be true.

He volunteers at an animal shelter, which is where he found some of his five rescue dogs.

He donates blood as often as allowed, offering up some of his red cells every two weeks in two-hour sessions he calls his movie time. He estimated he’s donated more than 200 times.

Bishop once used his paid time off and months of unpaid leave to ride his bike across the country as part of a campaign to educate people on why it’s important to be a donor.

To Bishop, giving away pieces of himself makes sense. As a newborn, the proteins in his blood were off; he needed blood at birth.

He and Young stayed connected with letters in their 30s and now with backcountry trips and family reunions in their late 50s.

They found out they had faith and a draw toward wilderness in common. They realized they lived 15 miles apart as kids in rural Utah when Bishop spent his summers on his grandparents’ farm.

They call each other family.

Bishop said he was already thinking about donating a kidney when he learned Young’s daughter was sick.

Teal Young, also of Bozeman, was 28 when she needed an emergency appendectomy that she said came too late.

She developed sepsis as her body released chemicals into her bloodstream to try to fight the infection. That cascaded into a series of medical complications and damaged other organs, which threatened her heart and destroyed her kidneys.

Teal was on dialysis for three years and nine months. She spent four hours a day, three days a week, in a clinic chair to pump out the toxins in her body. Patients’ survival rate drops the more time they spend on dialysis — especially after five years. And the process hurts. Some of the people who shared that room with Teal stopped coming in for appointments.

The way off was a transplant.

Bishop went to his local hospital and called the Youngs when he found out he was a match.

The donation would mean eight weeks out of work, not lifting anything beyond 10 pounds and a new diet to support one fewer kidney.

It would also mean he couldn't donate blood for a year. While there’s a shortage of donors, he said that’s perhaps what he thought about the most.

“It was kind of a choice between the possibility of helping other people and helping one person, but it was Teal,” Bishop said. “I’m single. Teal’s the closest thing I have to a daughter. You'd do anything for your kid.”

Almost 114,000 people in the United States are on the waitlist for a life-saving organ transplant, according to the American Transplant Foundation. Every 10 minutes, another name joins that list.

“It’s rare to be able to donate. Even as many good people as there are out there who are willing, a lot of them won’t be able to because of their anatomy or a condition,” she said. “There’s no such thing as one person’s going to donate to fix it, because there aren’t nearly enough.”

It was hard to accept she needed a kidney and harder to imagine someone risking surgery. There was a sense of guilt in being able to get off that list while others waited. And, unlike bone marrow, a kidney doesn’t grow back.

“What always comes back to my mind is how gracious Alan was when I expressed my fears about putting him at risk, about not being worthy,” Teal said. “It still is unbelievable to me that he managed to calm me down enough to move forward.”

The transplant happened Sept. 5. Unlike her father, Teal got to hug her donor beforehand. They took pictures, smiling together in hospital gowns just before surgery.

Both Teal and Bishop are recovering about as best as they can.

Teal’s treatment will continue and she’ll be on some hefty medication the rest of her life. Even that good kidney will likely need a replacement around the time she's 50.

For now, she’s excited to go back to school. She was about 12 credits short of a degree in anthropology when she began to feel sick and has a master's on her mind. She was also training for a marathon and is looking forward to the routine of running again. She’s excited for the chance of a full recovery and a life unbroken by dialysis with the fiancee who was there through it all.

“Alan gave up a little piece of himself everyday for me. I doubt there will ever be a day where I’m not thinking about him and am grateful to him,” Teal said. “That’s the thing about sickness: It tends to be more of a challenge than a blessing a lot of the time. But there definitely are some really sweet moments that come out of it.”