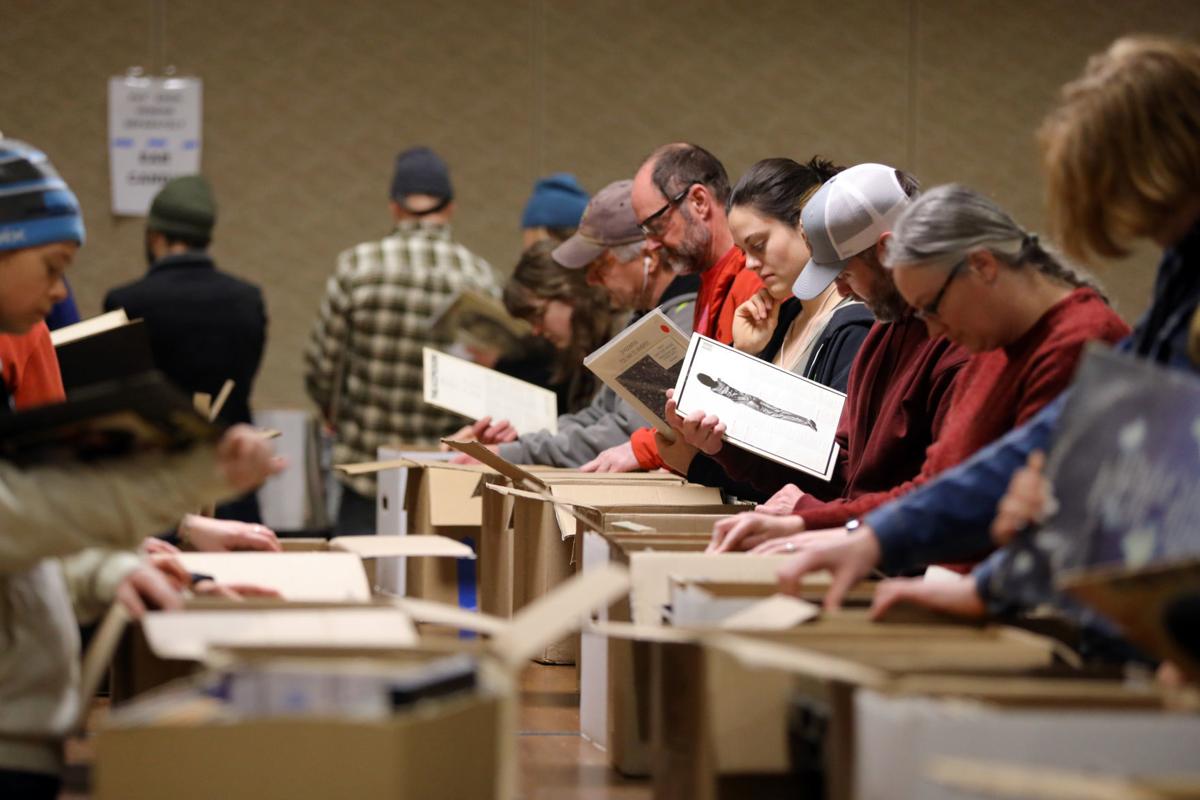 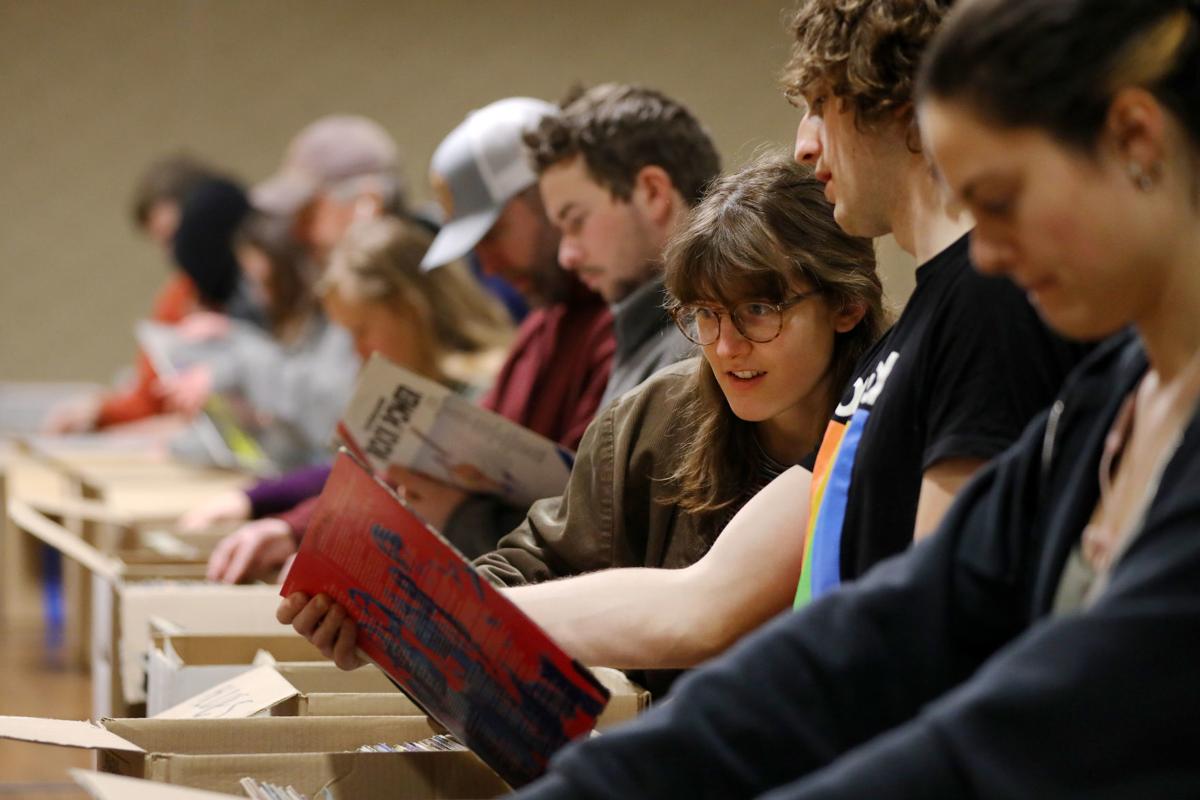 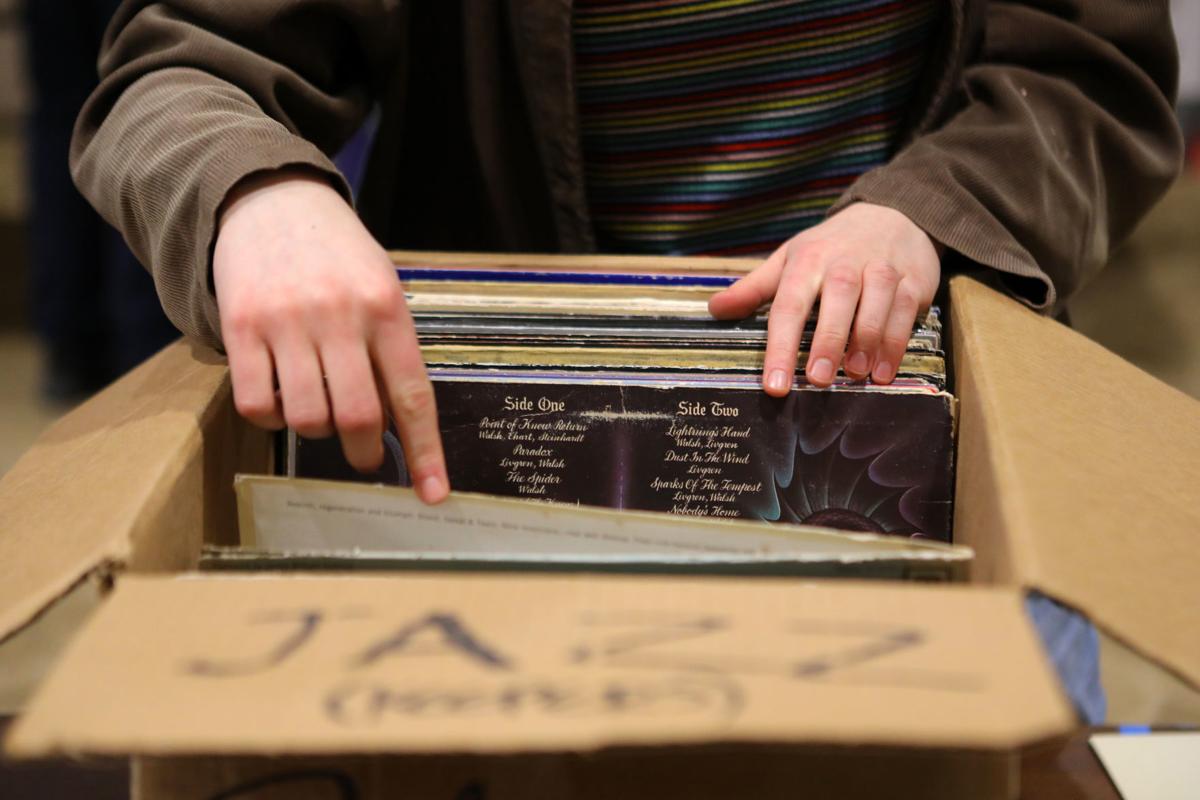 Vinyl fans sift through thousands of records at the KGLT record swap Friday at Montana State. 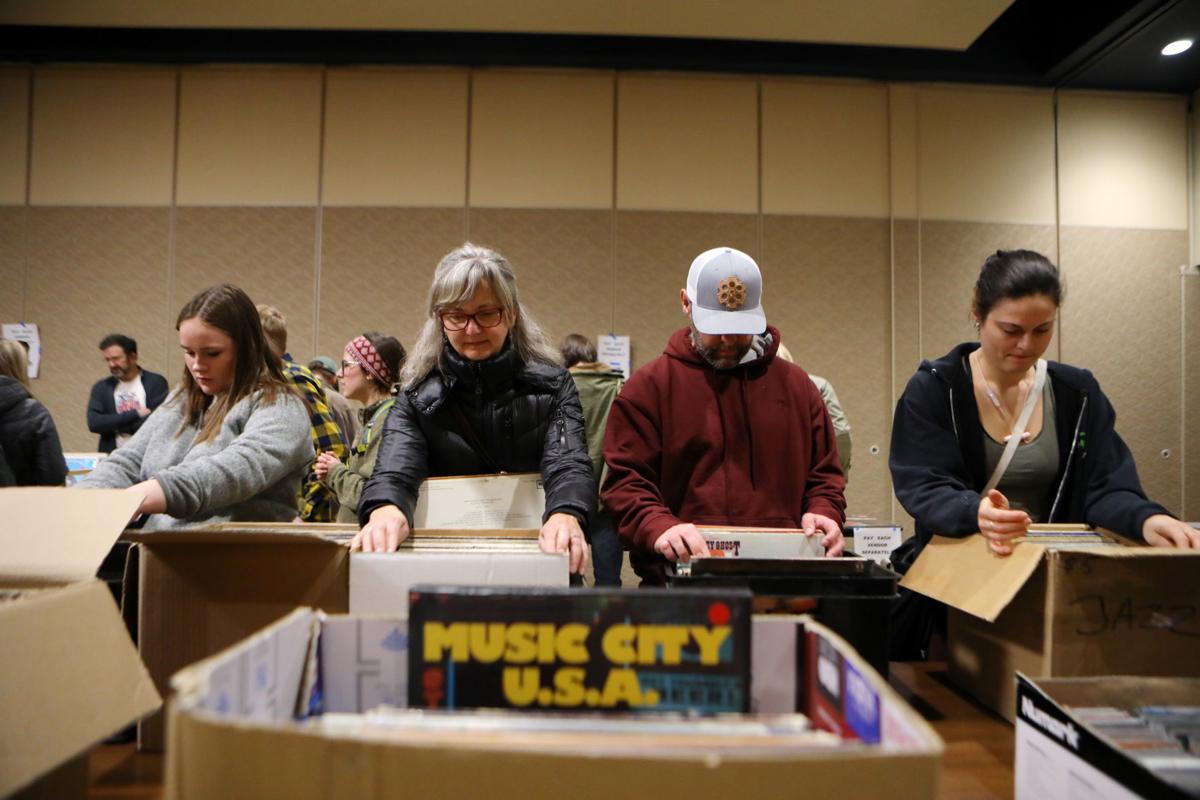 Vinyl fans sift through thousands of records at the KGLT record swap Friday at Montana State.

A room in the Strand Union Building at Montana State University turned into a pop-up record store Friday afternoon.

The smell of cardboard from record jackets filled the air as people young and old dug through boxes and crates of vinyl for KGLT’s Record Swap.

Ear Candy, from Missoula, Bozeman’s Cactus Records and some individual sellers setup shop for the swap. A radio blared different music in the background for vinyl junkies looking for music that was new or weird or something they didn’t know they needed.

Sandy Jett and Erin Eisner were among the crowd digging through the thousands of labels. Eisner said she’s been to previous swaps and has always been able to “find a lot of goodies.”

She said Jett had the day off, and she dragged him to the swap. Jett said he was hoping to find something weird that he “didn’t expect to find or knew existed.”

Eisner said she didn’t go with any expectations, though she limited herself by only grabbing $20 from the ATM — “I’ve spent a lot more before,” she said. Eisner said she’d figure out what she was looking for when she saw it.

“It’s just fun to be surprised by what we find, instead of setting out to find something specific,” she said.

MSU freshman Aaron Mathis said he started collecting records a few months ago. He said he saw a flyer for the record swap on campus and thought he’d look for jazz records.

“I thought I’d see if they had any stuff I was interested in,” Mathis said.

Randy Cowan, a DJ at KGLT whose show airs Sundays from 3 to 6 p.m., was selling some of the vinyl he’d collected over the past several years and said he’s been at the event for eight years, on-and-off.

Cowan said he started collecting records when he was in high school, eventually switched to digital music and recently came back to buying records. He said he’s bought a lot of records to play on his show and now needs to get rid of some of his thrift-store finds.

Craig Clark, station manager for KGLT, said the event has gone on for more than 10 years. Clark said people donate records to the radio station that are then sold at the record swap. The money helps the radio station stay afloat.

He said it’s a good way to see people connecting with music. Nowadays, Clark said, it’s easy to download music, but there’s something special about holding up an album cover and taking in the artwork on it.

He said the radio station puts on the event two or three times a year, and that there will be another one in either late spring or early summer. Clark said it’s a nice way to bring music lovers together.

“We’re kind of losing those social spaces, so it’s really nice to provide that opportunity for people,” he said.