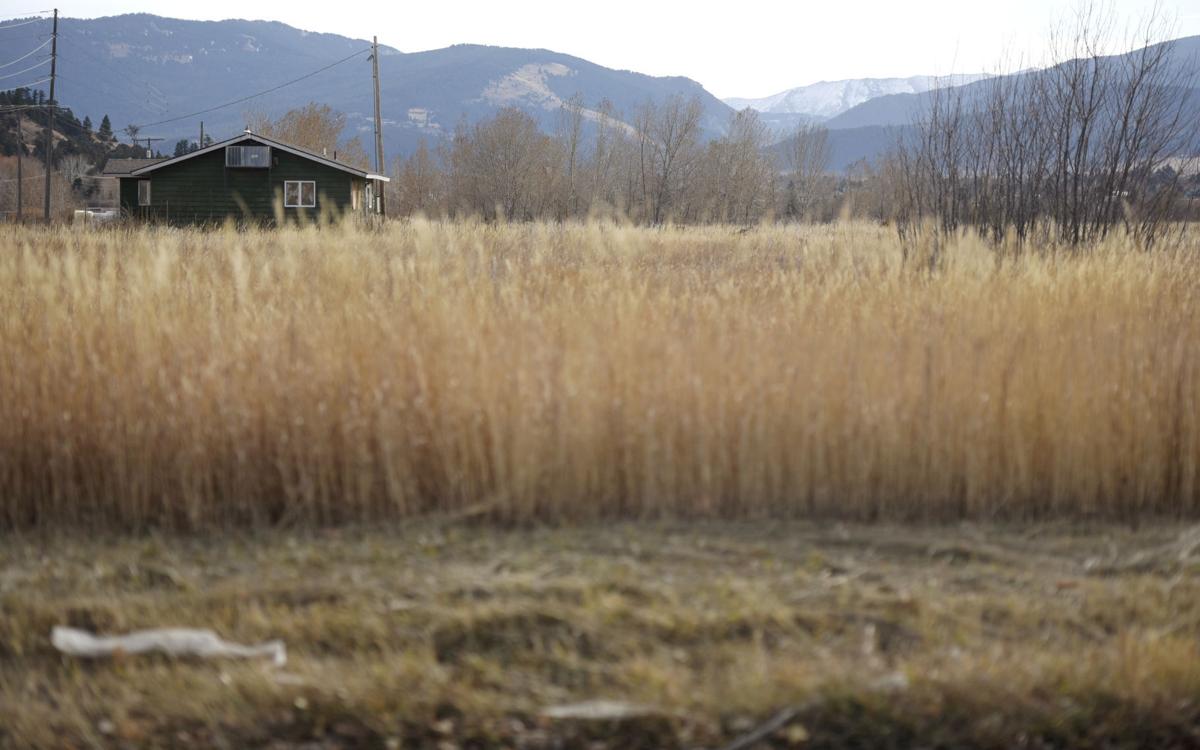 A structure, formerly an office, sits on the Idaho Pole site at the intersection of Cedar and L Street on Friday, Nov. 6, 2020. 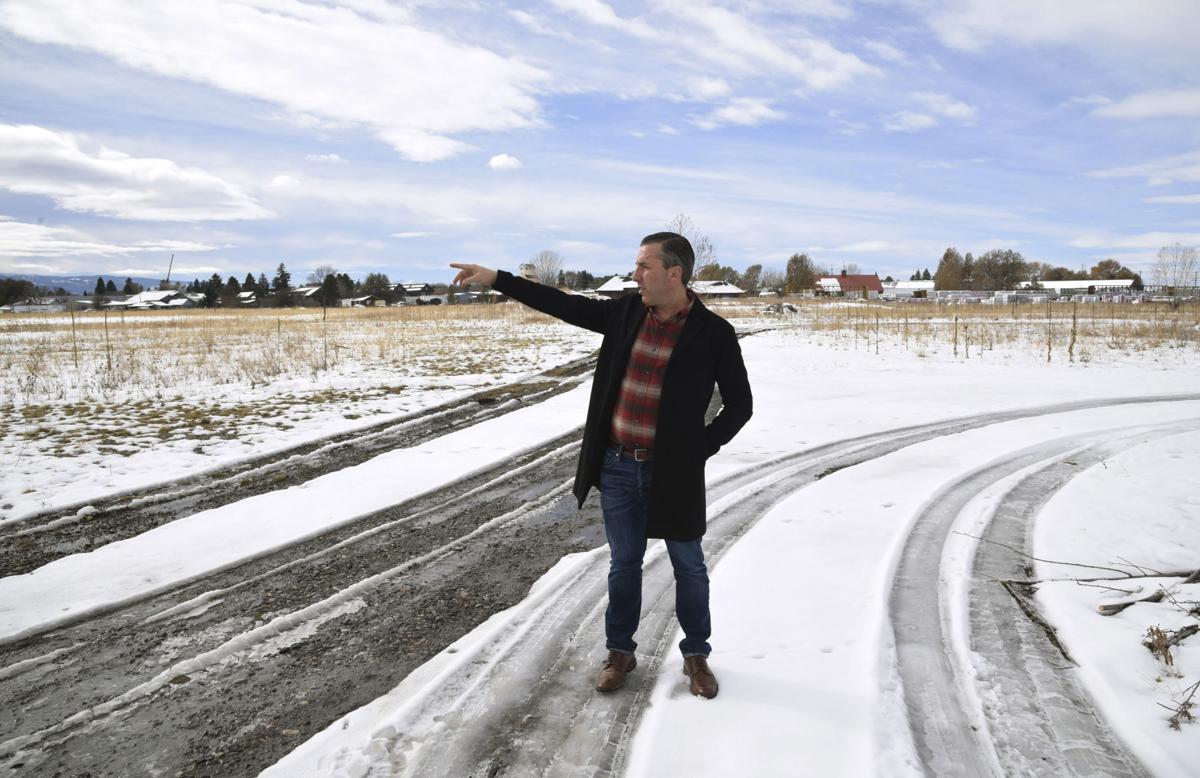 Real estate broker Nolan Campbell gives a tour of the Idaho Pole yard site, the site that Campbell hopes will some day become an urban renewal district, on Oct. 28, 2020. 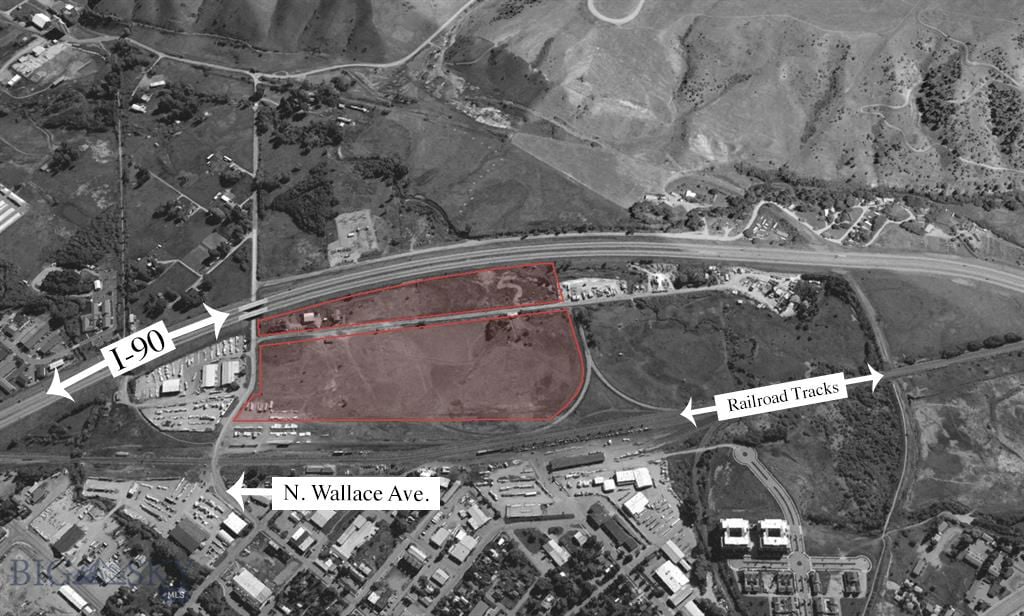 A map shows the parcels owned by the Idaho Pole Company off of L Street.

A structure, formerly an office, sits on the Idaho Pole site at the intersection of Cedar and L Street on Friday, Nov. 6, 2020.

Real estate broker Nolan Campbell gives a tour of the Idaho Pole yard site, the site that Campbell hopes will some day become an urban renewal district, on Oct. 28, 2020.

A map shows the parcels owned by the Idaho Pole Company off of L Street.

The specter of contaminated soil is muddying a city effort to increase public investment in an area of northeast Bozeman that includes a former Superfund site.

A mile from downtown Bozeman, sandwiched between the railroad and I-90, the former Idaho Pole yards sit vacant. The property is the focus of a city effort to form an urban renewal district in the area, which would open the door to public investment and possible private redevelopment.

With land in Bozeman increasing in value, the location and size of the property is any developer’s dream. But, the Idaho Pole Yards is not a typical chunk of land.

Starting in the 1940s, the Idaho Pole Co. treated wood at that location. Decades later, it was discovered that chemicals had contaminated the soil and groundwater around the site. The Environmental Protection Agency got involved, adding the property to the Superfund list in 1986 and eventually leading a clean-up effort that saw 19,000 cubic yards of soil treated, returned to the ground and covered with clean soil.

Since Idaho Pole stopped operations in 1997, the property has sat largely vacant, save for a few old structures, the occasional trespasser and dozens of wells sticking up from the ground that are used for sampling.

The EPA removed much of the property from the Superfund list earlier this year, but a few acres of treated soil remain.

Though there is no proposal for the property yet, a group of potential buyers is in the beginning stages of formulating a plan for development.

With the lack of utilities to the property limiting opportunities, Nolan Campbell, a Bozeman real estate broker representing Idaho Pole Co., said an urban renewal district with tax increment financing is a viable path to being able to develop the property.

“It’s outright been neglected for so long,” Campbell said. “We can just continue to neglect these infrastructure issues or we can address them.”

Establishing tax increment financing for the area would direct a portion of property taxes from their normal destinations to be used for investment in public infrastructure.

“The goal of these (urban renewal districts) is to incentivize private investment by making certain public investments concurrent or simultaneous with those projects,” said Bozeman director of economic development Brit Fontenot.

The Bozeman City Commission will take a first vote on the Pole Yard Urban Renewal District plan on Tuesday. And though the plan isn’t about just the Idaho Pole property — it extends to more than 270 acres — the pole yards, and the rumblings of a development there, are the cause of concern for nearby neighbors.

“It’s easy to assume that everybody in the northeast neighborhood is opposed to development … (but) we’ve all accepted the fact that it is going to happen. But when it does happen it has to make sense for the health and safety of humans,” Walsh said.

In the case of the pole yards, Walsh said he isn’t confident in the safety of potential development there.

It’s not just residents. Nearby businesses are concerned that any development in the area leading to more traffic would not just affect their operations, but increase safety risks near the railroad.

Local health officials are concerned, too. The Gallatin City-County Board of Health Environmental Health Subcommittee submitted public comment about the proposal stating concerns over the safety of the pole yards. Even the planning board, when voting to affirm that the urban renewal plan matched with the city’s growth policy, cautioned the city commission to consider whether the plan was being pushed forward too quickly, and how it would impact nearby businesses.

Some of the concern centers on the potential that housing could be built on the property. Though most of the site is no longer on the Superfund list, it still is subject to “institutional controls” from the EPA, which are written into the deed and restrict or prevent different uses on the property.

In 2017, the institutional controls were changed to allow for residential use on a portion of the site, which Campbell said only applied to the property Idaho Pole Co. owns north of I-90. While institutional controls still restrict use on the site, a recent five-year report from the EPA indicated mixed-use, with commercial on the ground floors and residential on upper floors, would limit direct soil exposure to little or none.

Residential zoning that would allow for homes with yards, Hoogerheide said, is “associated with much more soil exposure via ingestion, skin contact and inhalation,” Hoogerheide said.

“In a mixed-use residential scenario, the lack of a yard would prevent homeowners coming into more contact with the soil,” Hoogerheide said.

Though a concept plan submitted to the city earlier this year laid out loose plans for a mixed-use development with residential on upper floors, Justin Alexander, a principal architect working on the project, said the potential buyers have scrapped those plans and are looking to head in a more industrial direction.

The main part of the property between the railroad and I-90 is currently zoned for manufacturing and industrial uses.

But, with the lack of city utilities like water and sewer lines, any development there faces an uphill battle. There are traffic problems, too. The property is already fairly cut off from the rest of the city, and the street-level railroad crossing only complicates things. Among the many potential uses of the tax increment funds included in the urban renewal plan is a suggestion to create an overpass over the railroad from East Oak and Birch streets, and to promote investment in the rail spur and other related facilities.

Though city officials have said the urban renewal efforts could improve transportation issues in the area, nearby businesses are concerned what impact increased traffic associated with development at the pole yard will have on their operations.

Anthony Tangaro, the general manager of Empire Building Materials in Bozeman, said he disagrees that development there could necessarily improve the rail spur.

“What I know about the rail spur, (is) any increase in the number of human beings near the railroad dock and tracks is just a safety issue,” Tangaro said.

In the few years Campbell has been representing Idaho Pole, he said a handful of groups have expressed interest. The lack of utilities has always been the deal breaker.

“The environmental (aspect) is not the problem; it’s the infrastructure,” Campbell said.

Still, many are concerned about what exactly is still in that soil.

In written public comment to the city commission, the Gallatin City-County Board of Health Environmental Health Subcommittee said while they are not wholly opposed to development there, “numerous questions remain about the status of contaminants on the site.”

The subcommittee wrote they are concerned with groundwater contamination and how digging deep in the ground to put in sewer and water lines would impact the spread of contaminants.

Hoogerheide said if development would involve “deeper disturbance of sub surface soils,” than what has been recently tested, the EPA would require additional sampling.

The recent five-year review released by the EPA stated that while the soil clean-up is going to plan, the groundwater remedy is not functioning as intended. According to the report, residual soil and groundwater contamination continue to impact groundwater in some areas. Three wells have shown elevated concentrations of pentachlorophenol since 2017, though the report states PCP concentrations are declining in general.

“Residual contaminants can be found at sites with underground soil and groundwater concerns such as the Idaho Pole Company site,” Hoogerheide said. “While remediation cannot remove all residual compounds, we rely on monitoring to ensure contaminants are being reduced and risks are adequately characterized and managed according to site cleanup goals.”

Though the soil remediation is considered to be well functioning, a few acres of treated soil in an area of the property close to L Street still remain on the Superfund list.

Lisa DeWitt, who worked on the Idaho Pole site in a role at the Montana Department of Environmental Quality until recently and now is consulting in the development process on the environmental issues at the site for Weston Solutions, said the dioxins in the treated soils area isn’t as much of a concern as the contamination at the Bozeman Solvent site.

“As long as nobody digs into it and it’s capped, (those) dioxins, they really hold tight to soil particles so even if water goes through, it’s not going to end up in the groundwater,” DeWitt said. “It would make a great parking lot, because that would make a great cap.”

DeWitt and others working on the site emphasized repeatedly they wouldn’t build anything that would put people at risk. Marty Matsen, director of community development, said the city’s engineering department would work closely with the EPA and other groups to make sure putting in water, sewer and other infrastructure is safe.

Because the area is already zoned for industrial use, Matsen said an industrial project would have a faster track to approval than would a project that would involve a zoning change, like a residential development. Matsen emphasized that any project would go through the usual approval process, with plenty of time for public input.

“There is quite a lot of work that still needs to be done before anything is able to get done on that property,” Matsen said.

Northeast Bozeman residents are used to watching the city’s plans for their neighborhood closely. Longtime North Wallace Street resident Jeanne Wesley-Wiese — whose kids used to play on the stacks of wooden poles without her knowing — said she isn’t opposed to development on the site.

What worries Wesley-Wiese is the process, and how much say nearby residents will have.