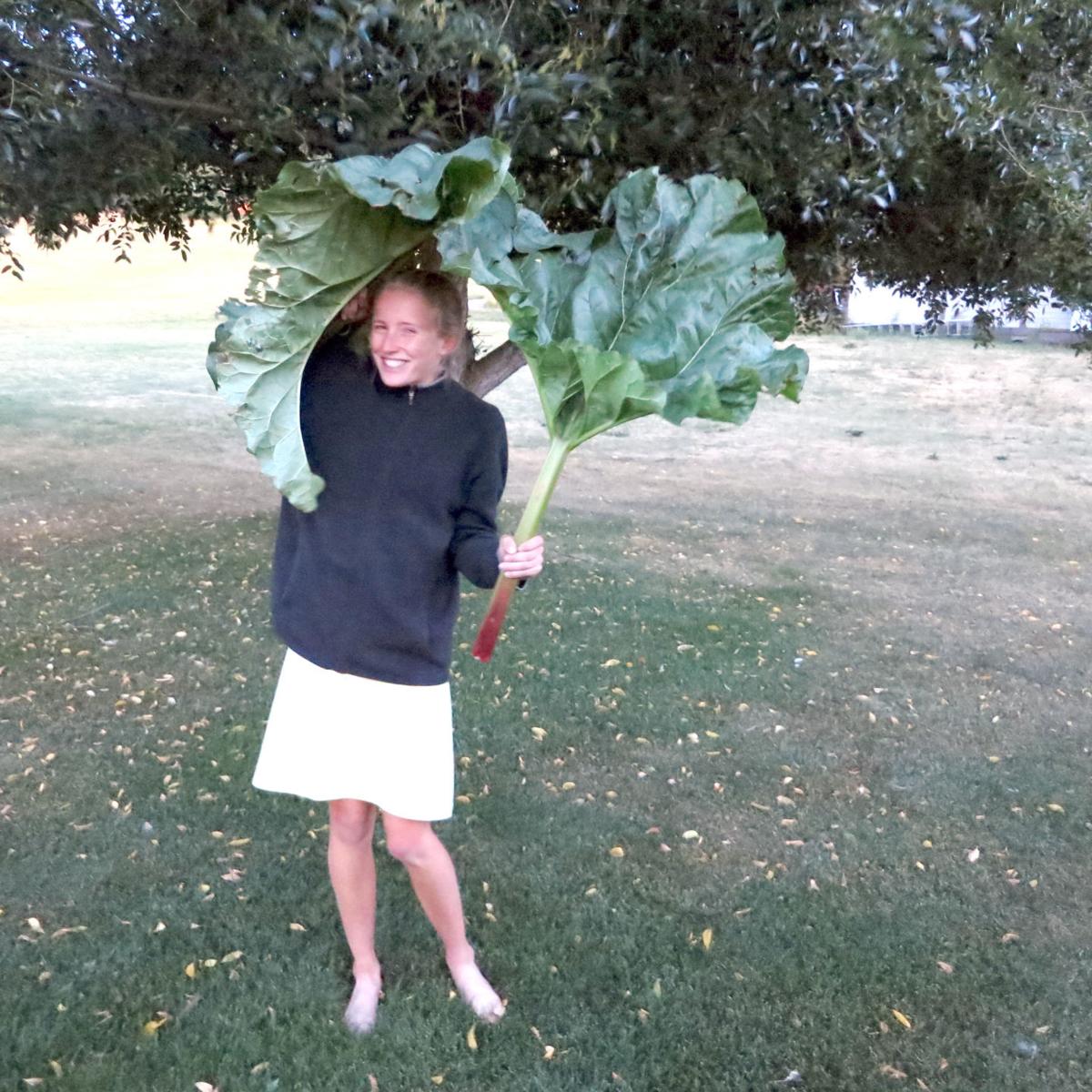 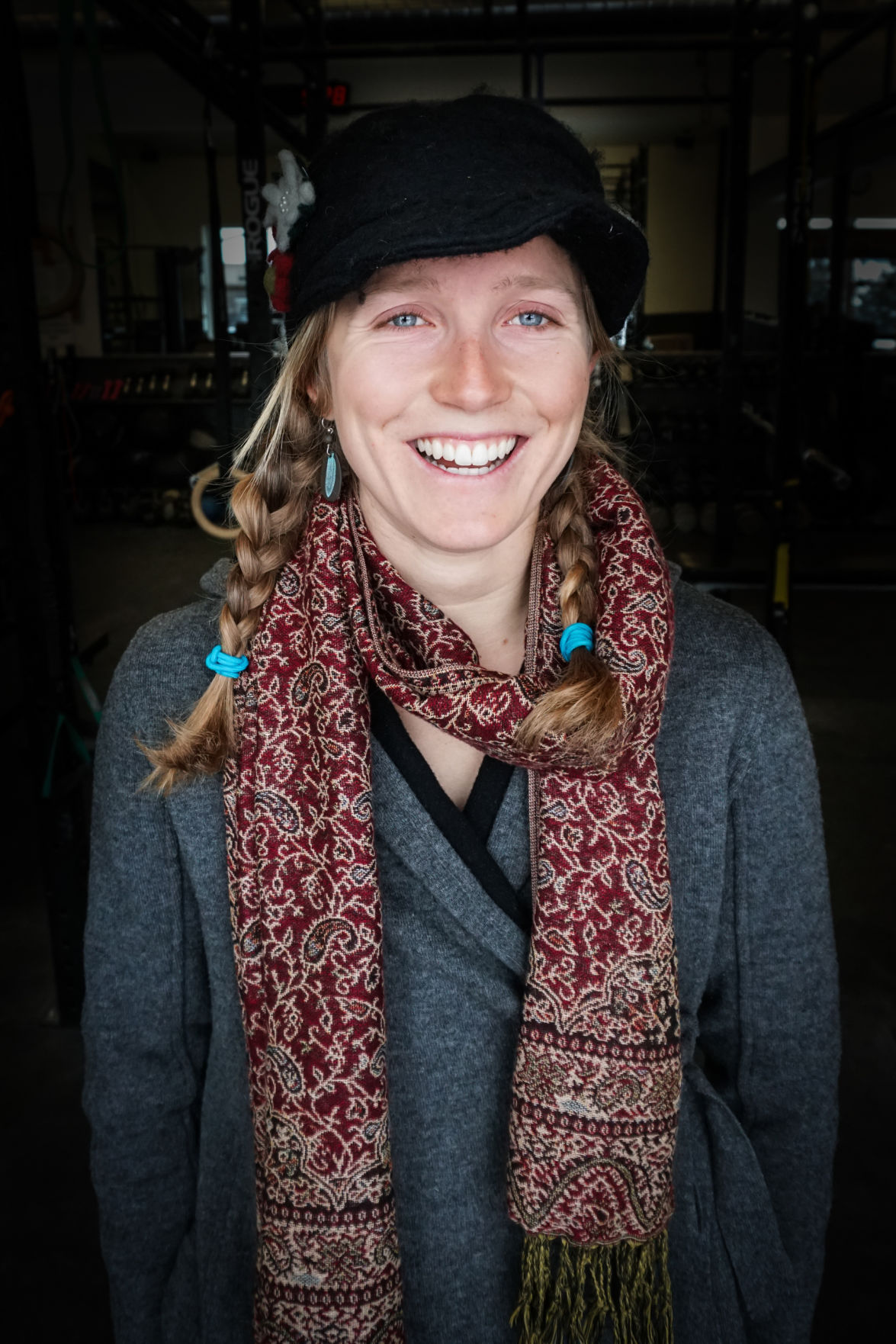 As a kid growing up skiing the steep, rocky slopes of Bridger Bowl, Inge Perkins liked to wear dresses under her jacket and pants.

The dresses were bright numbers with quirky, bold patterns and by the time she was in her teens, they made up the majority of her wardrobe.

Perkins would often drive through the mountains across the West, pull over, exchange the dress for pants and hike away down a trail.

“Inge was the perfect balance,” her mother, Heidi Hersant says. “The dresses were that wonderful, playful little girl, but then she would get out there and play in the dirt or ski up a mountain.”

Born in Bozeman in 1994, from a young age Perkins was attached at the hip to her older brother, Gunnar, and younger sister, Katrina, who considered Perkins her best friend. Later in life, her stepbrother, CJ, and stepfather, Jim, were also instrumental.

As a teenager, she worked at Sola Café and then at Colombo’s. Many of her friends were older, some married and with kids, but Perkins, reserved, thoughtful and wildly perceptive, fit right in.

At Montana State University, Perkins studied mathematics with a focus on teaching, as well as German, which she spoke fluently. She took a year off to work as an au pair for a German family in the historic Bavarian town of Bamberg. In the husband, wife and twin children, she found a home away from home and spent afternoons exploring the town’s many hills on long runs alongside the mother of the family.

Perkins wrote dozens of letters and postcards to friends and family back in the states, telling of her travels and explorations but ending the notes, as she always did, by planning their next rendezvous. As her social circles grew over the years, Perkins grew with them, softening her sometimes-private nature. Friends called her “Ingetron,” for her ability to juggle a multitude of responsibilities and “little speedster” — a reference to her small frame and ability to lever herself up rock faces.

The middle child in a family of mathematicians, Perkins reveled in the complexity of numbers and the way they fit together: part chaos, part formulaic order. Like her mother and grandfather, she planned to share her passion through teaching and spent free hours tutoring students in Belgrade.

“She was so precise and clear,” says Beth Burroughs, Perkins’ advisor and professor at MSU. “There’s no easy path for a math major, but she was the kind of person who wasn’t scared to pick the hardest path there is.”

Though she grew up in Bozeman, graduating from Bozeman High School in 2012, Perkins bounced around, living in Norway with her parents and Colorado for a spell during her time at Fort Lewis College. Lander, Wyoming, just south of the Wind River Reservation, was her most recent home, where, when she wasn’t diving into the area’s tight-knit outdoor community, she worked waitressing at a local restaurant.

Perkins’ athletic accomplishments were many, and it was easy, perhaps too easy, to define her through the long list of bullet points on her resume. A member of the Bozeman Climbing Team, she logged countless ascents, trekked innumerable miles and quietly won a handful of awards and championships.

Perkins and her boyfriend Hayden Kennedy met through climbing. Friends knew it was serious when Kennedy drove half a day to a mountain range where he knew Perkins would be climbing. They complemented each other not only in terms of athletic prowess, but also through a shared sense of intrinsic motivation and similarly unassuming personalities. Both eschewed attention.

“They didn’t do it for the numbers or the exposure, they did it for the laughs at the crag, the euphoria that movement affords us as humans and that connection to nature and the larger life force,” says Perkins’ close friend and writer Kelsey Sather. “That was what was more important to them.”

Through the outdoors, Perkins brought people into her world and met them halfway in theirs.

She guided her mother up tricky climbing routes in the mountains of Colorado, taught her sister how to backcountry ski, learned climbing moves with her brother and shared her father’s general love of the natural world.

“I got so much strength from her when she was in the mountains,” Hersant says.

Perkins loved all things lavender, dipping cotton balls in the plant’s oil to make her truck, affectionately nicknamed “the stallion,” smell nice. She hated wasting food, to the point where she often complained about stomach pain after eating something past its expiration date.

She biked everywhere. Sather remembers driving to Spire one afternoon in the dead of winter and passing a woman on her bicycle, also on the way to the climbing center. It was Perkins.

She was particularly frugal, enlisting friends to cut her blonde bangs when they got too long. She thrifted and sewed many of her own clothes. She and Kennedy spent several winters living out of his van or her truck. They had recently signed a yearlong lease for an apartment in Bozeman — a not insignificant display of commitment from a couple for whom daylong drives and transcontinental flights were commonplace.

White was her favorite color — the white of milk, wedding dresses and fresh snow. She played the violin and danced ballet until she was 14.

Along with the cards and letters, she frequently gave handmade gifts. One Mother’s Day, Perkins gave Hersant a red cardboard box filled with paper slips, each with a note describing something she loved about her mother. In the garden outside her home, Hersant has a collection of heart-shaped rocks from trails around the world that Perkins found for her.

The morning of Saturday, Oct. 7, Perkins was killed in an avalanche on an approach with Kennedy to ski Imp Peak in the mountains southwest of Big Sky. A day later, Kennedy took his own life.

“She was such an amazing blend of using her head, her heart and her hand. She liked intellectual endeavors, yet she thrived on being outside and was so emotional with people and genuine in developing relationships,” Hersant says.

“She valued every day that she had,” she adds. “She just wanted to be happy. And in doing so, she made so many other people happy.”

Before she died, Hersant wrote her daughter a postcard. On the card is a forest of trees, with a person holding a bright red balloon peaking out from behind one trunk. “Liebe grüße,” the card reads, “lots of love.”

“Hi Inge, just starting our holiday. I hope you’re enjoying showing Hayden the special places in Bozeman. The full moon last night was splendid, but the biking was dangerous with the chestnuts hitting me in the head. Lots of love, Mom.”

Bozeman mountaineer takes his life after girlfriend dies in avalanche

A Bozeman woman was killed Saturday morning after getting caught in an avalanche while skiing in southwest Montana. And a man who survived the…