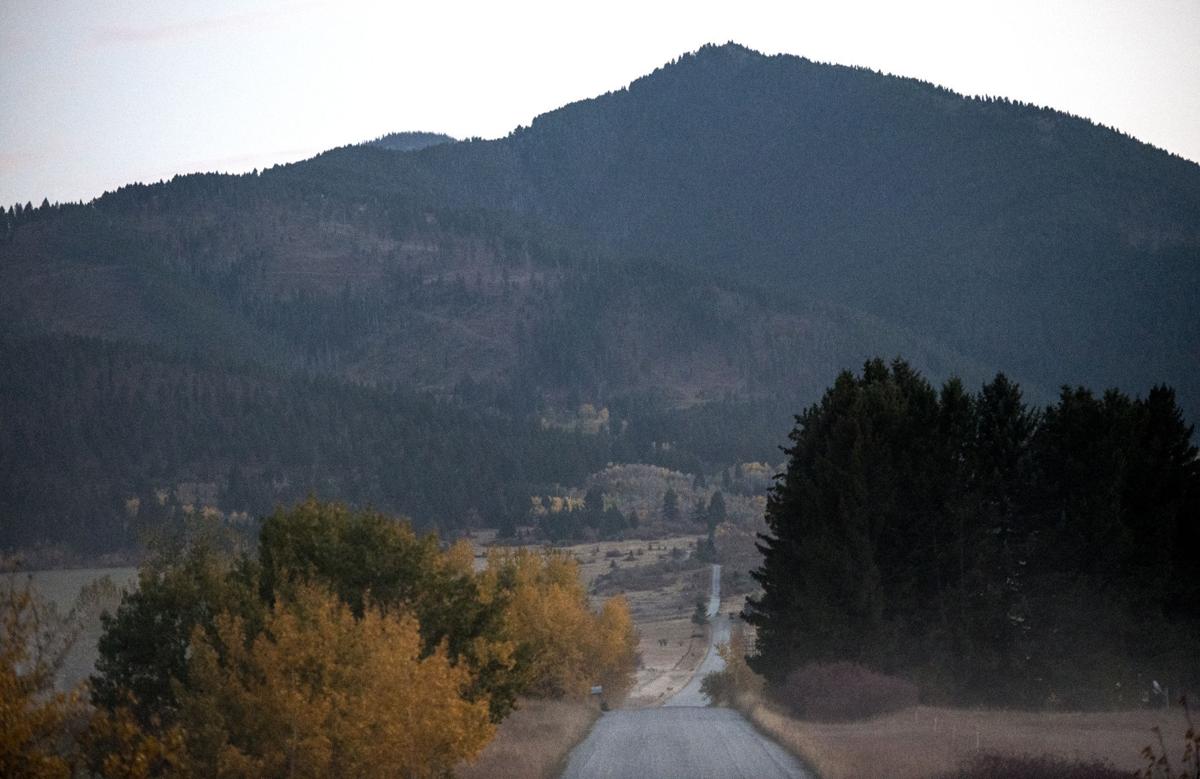 TOP: Mount Ellis is outlined against the sky in the fading light on Oct. 8. The front side of Mount Ellis is all state land controlled by the Land Board. RIGHT: A small square of state land sits at the corner of Linney and Amsterdam Roads outside of Bozeman. 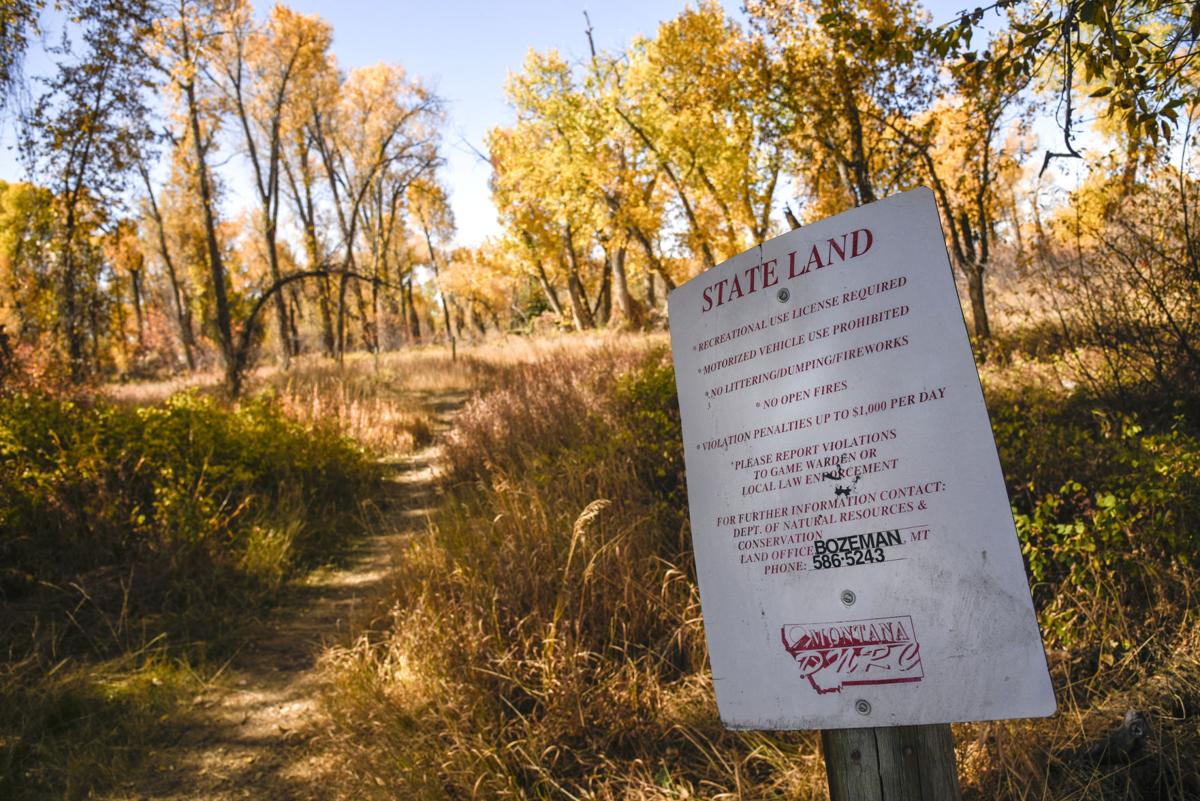 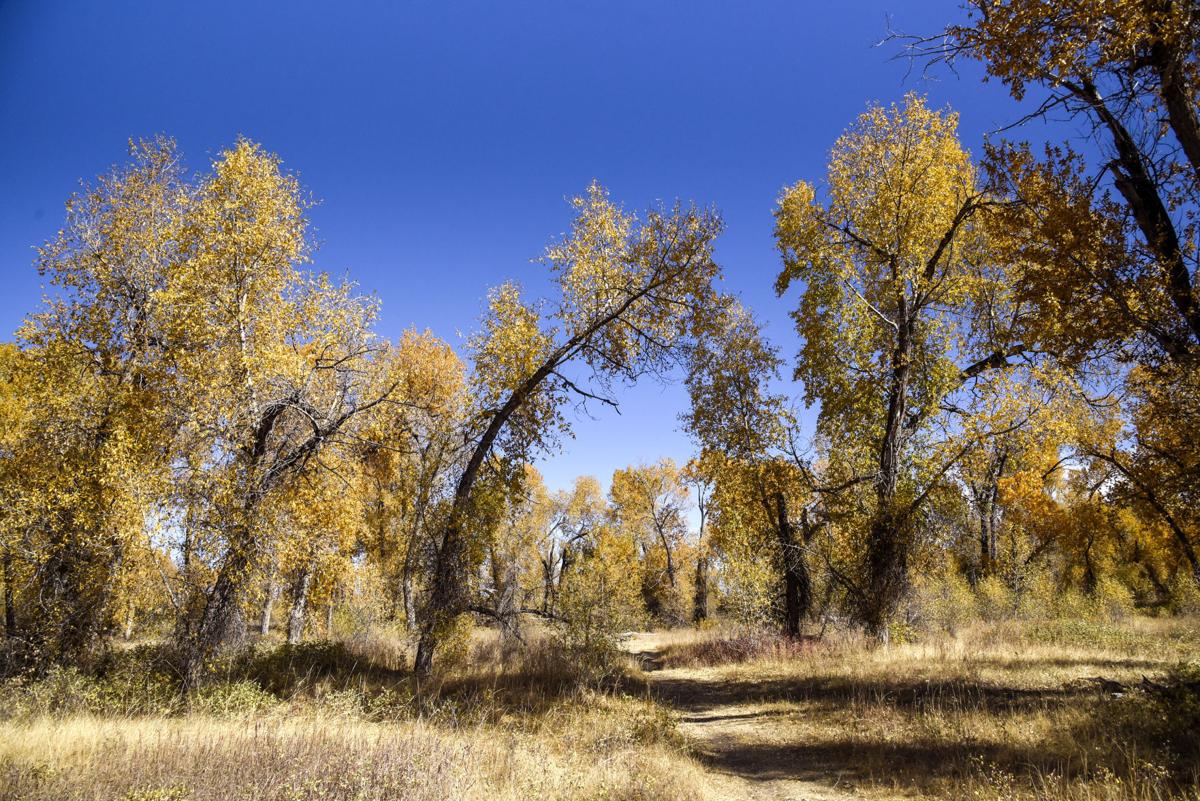 TOP: Mount Ellis is outlined against the sky in the fading light on Oct. 8. The front side of Mount Ellis is all state land controlled by the Land Board. RIGHT: A small square of state land sits at the corner of Linney and Amsterdam Roads outside of Bozeman.

Candidates throughout Montana often say they support access to public land. But the more nuanced perspective of politicians can have significant ramifications for landowners, sportsmen and sportswomen and the state overall. They differ on how far they’re willing to go with their public land support.

If the two candidates were to win on Nov. 3, both would earn a spot on the Montana Land Board, which manages the state’s trust lands. All five seats — governor, attorney general, state auditor, secretary of state and superintendent of public instruction — are now up for election.

That means those races could shift the power balance on the panel, which has been controlled by Republicans for the last four years after a long run of Democratic control.

The panel meets once a month and makes decisions on the state’s 5.2 million surface acres and 6.2 million mineral acres managed by the Department of Natural Resources and Conservation. It votes on things like timber sales, cabin site sales and leases for mining and grazing.

Money generated from the land goes to public education. From 2015 to 2019, the state trust lands generated $45.3 million per year for K-12 schools.

Most votes are unanimous. There hasn’t been a dissenting vote since May 2018.

More complex votes often center around purchasing land — more than 100 acres or $100,000 — and creating easements, putting outdoor enthusiasts and private land owners in the political crosshairs. Conservation easements, which no longer need Land Board approval, have been paid for with money from the Habitat Montana program and thus through Montana Fish, Wildlife and Parks hunting and fishing licenses. But the Habitat Montana program has been under fire from Republican lawmakers for years.

“Everybody says they’re for public access,” Montana Wildlife Federation conservation director Nick Gevock said. “Hopefully people who are elected to statewide office and serve on the Land Board actually are by voting for these projects.”

Republican Superintendent of Public Instruction Elsie Arntzen, the only incumbent on the Land Board running for reelection, said 90% of the board’s decisions were relatively smooth. That’s often the result of either more simple transactions or the extensive years-long planning and vetting process that goes into land exchanges.

“Information didn’t flow in a transparent manner,” Arntzen said. “There were times it was very evident that DNRC and Fish, Wildlife and Parks did not give us adequate information nor timely information.”

“It was really in 2016 with the election of some more extreme partisans that the Land Board all of a sudden became this really political entity,” Graybill said.

Controversy arose in February 2018 when Land Board members delayed a vote to approve the Horse Creek Conservation Easement. FWP, which oversees Habitat Montana, had approved the project. The plan was to spend $6.1 million, with $4.3 million of that coming from licensing fees, for 15,000 acres.

The Stenson family wanted to allow public access to its ranch near the border of Wibaux and Dawson counties through a conservation easement — a contract between a landowner and the government with an agreement to limit development. The move would open up the space to hunters.

During the Land Board meeting, an attorney representing mineral rights owners said they were concerned the rules of the easement would restrict oil and gas development and as a result, the $6.1 million price tag was too high. Both conservationists and people from the oil and gas industries disputed this, saying similar agreements had been done before.

Republican Auditor Matt Rosendale and Arntzen said they wanted more time and information to decide on whether to approve the deal. Republican Secretary of State Corey Stapleton was hesitant about an agreement for perpetuity. The three voted to delay any action, threatening the completion of the process.

This was part of the choppy times Arntzen referred to.

“We need to maintain that our private landowners in Montana have due process and they have the authority over the use of their land,” Arntzen said.

Shane Morigeau, Democratic candidate for auditor, agreed that private landowners were the ones negatively affected by what happened. But he attributed blame to the people on the board.

“What we saw with the Land Board over the last four years is a major push to block private land owners from having control over their own property,” Morigeau said.

Following the delay, Democratic Gov. Steve Bullock, chair of the board, decided to approve the easement without other commissioners voting. Republican Attorney General Tim Fox wrote an opinion that Bullock skirted the law. Bullock then sued Fox to allow the easement to go through without Land Board approval.

Graybill, Bullock’s chief legal counsel, argued that state law says the board only needed to vote on land acquisitions. An easement, Graybill argued, isn’t an acquisition since the landowner still owns, lives and pays taxes on the land.

Graybill remembers walking up to the dais at the state Supreme Court, looking behind him and seeing farmers, ranchers, hunters and anglers who previously benefited from Habitat Montana.

“They were watching politics chip away at it,” Graybill said.

The Montana Supreme Court ruled 6-1 in favor of Bullock and Graybill.

Christi Jacobsen, the Republican candidate for secretary of state, however, called it an overreach by the governor.

“There was a long established practice and he had an overreach on authority,” Jacobsen said, “that basically resulted in nullifying the voice of the Land Board.”

After a decades-old practice of needing Land Board approval to create certain easements, that was no longer a requirement. The ruling meant there was less risk of having the rug pulled out from underneath a deal that took years to come up with. As long as the Fish and Wildlife Commission, which oversees FWP and is appointed by the governor, OK’d the project, it would be finalized.

Republicans like Arntzen argue the change muddled the process for landowners even more. Democrats argue landowners have one less hoop to jump through. Conservationists viewed it as a big win for hunters and anglers because it meant there’d be less politics involved and easier for landowners to open up their land to the public.

“Shouldn’t have to sue our attorney general to protect a family like the Stensons, who’s just trying to do the right thing,” Graybill said. “And give us access to their land to hunt and fish. That’s so upside down.”

The fight didn’t end. In the 2019 Legislature session, Rep. Kerry White, R-Bozeman, introduced a bill that would clarify FWP acquisitions and require certain easements be approved by the Land Board.

In the Legislature, Democrats, including Morigeau and Sen. Bryce Bennett, who is running for secretary of state, voted against it. The bill made its way to Bullock, who vetoed it.

Reversing the Montana Supreme Court’s decision, Bullock wrote in his veto letter, would give “no assurances to families that politicians will not capsize their projects at the last minute for little or no reason.”

In 2015, House Republicans included Habitat Montana in a broader funding bill. The new rule set aside money for FWP, including $10.6 million for Habitat Montana, but that money couldn’t be used for new land purchases, unless negotiations already began. It was Knudsen’s first session as speaker of the house.

In a recent interview, Knudsen said he didn’t have a problem with the Habitat Montana program, but he was worried FWP was overpaying for land, which would drive up property taxes for neighbors.

“I’m a fiscal conservative, I’ve been very clear about that and I wear that on my sleeve,” Knudsen said. “I’m going to be dubious just in general of the state acquiring fee title to anything.”

“I don’t think the government should be buying up large swaths of agricultural land and converting those to non-production,” Downing said. “I think we need to be real careful and have these conversations about that.”

Before the primary, Jacobsen told the Helena Independent Record that she wasn’t well-versed in Land Board issues. In a recent interview, Jacobsen said “I’ll have to get back to you,” when asked if she supports Habitat Montana. She later sent an email saying she supports the program.

Gubernatorial candidate Cooney, who served on the Land Board as secretary of state from 1989 to 2001, said he’d take the same approach as back then to support increased access and acquiring state trust land.

His opponent, Republican Greg Gianforte, said listening to locals’ preferences is “paramount.” Gianforte has also referred to DNRC, an agency Land Board members work closely with, as a “project prevention department” that he wants to restructure.

“The DNRC has a very important role in ensuring environmental quality,” Gianforte said. “But as I talk to small business owners, to county commissioners, to construction folks, they run into a wall of red tape and bureaucracy when they deal with DNRC.”

At an August meeting, the Fish and Wildlife Commission endorsed a plan to buy a new wildlife management area. The 5,677-acre property is north of Ryegate at the base of the Big Snowy Mountains.

Several steps remain in the process of turning this land public. But the last step would be approval from the next Land Board.

While the Land Board usually operated in unison, the recent instances of contention bring to light what’s at stake.

“When you elect members to the Land Board as trustees, you’re really asking the question, ‘Do I trust these people to make decisions on my behalf?’” Graybill said. “I think that really draws into focus how important these races are.”

5 things to know about health care changes in Montana