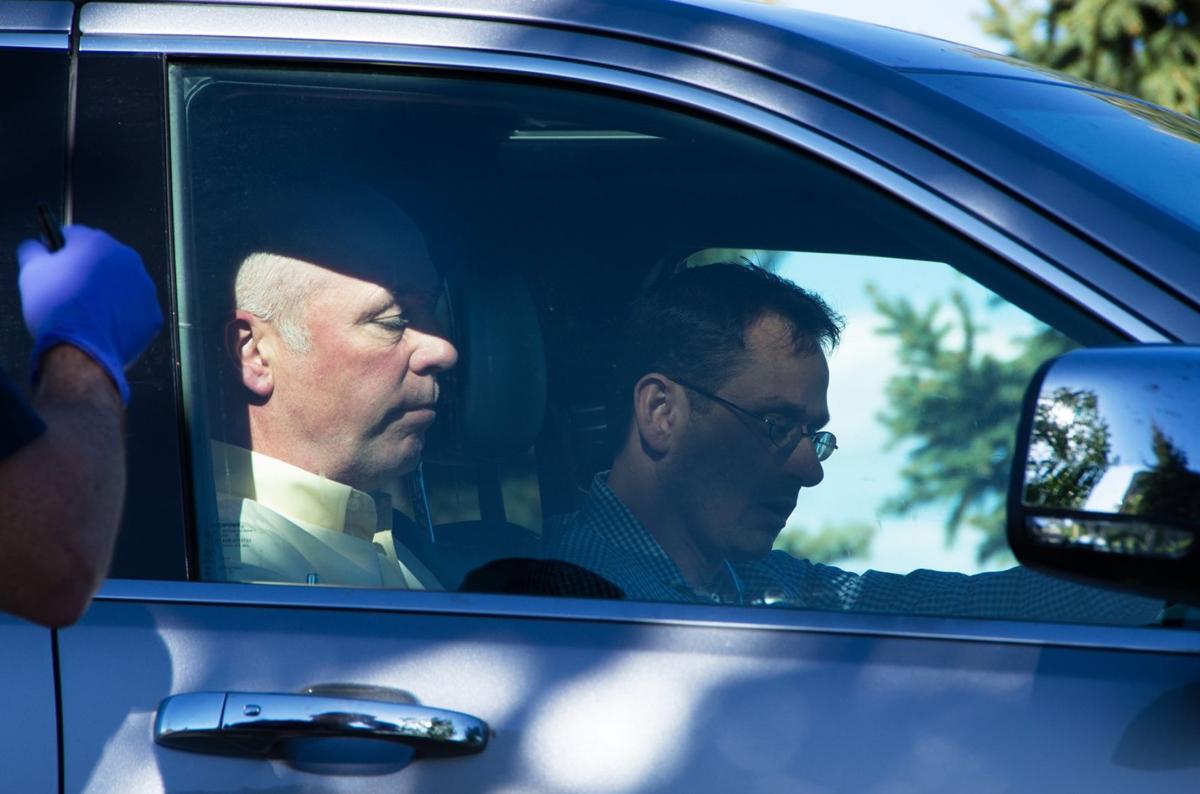 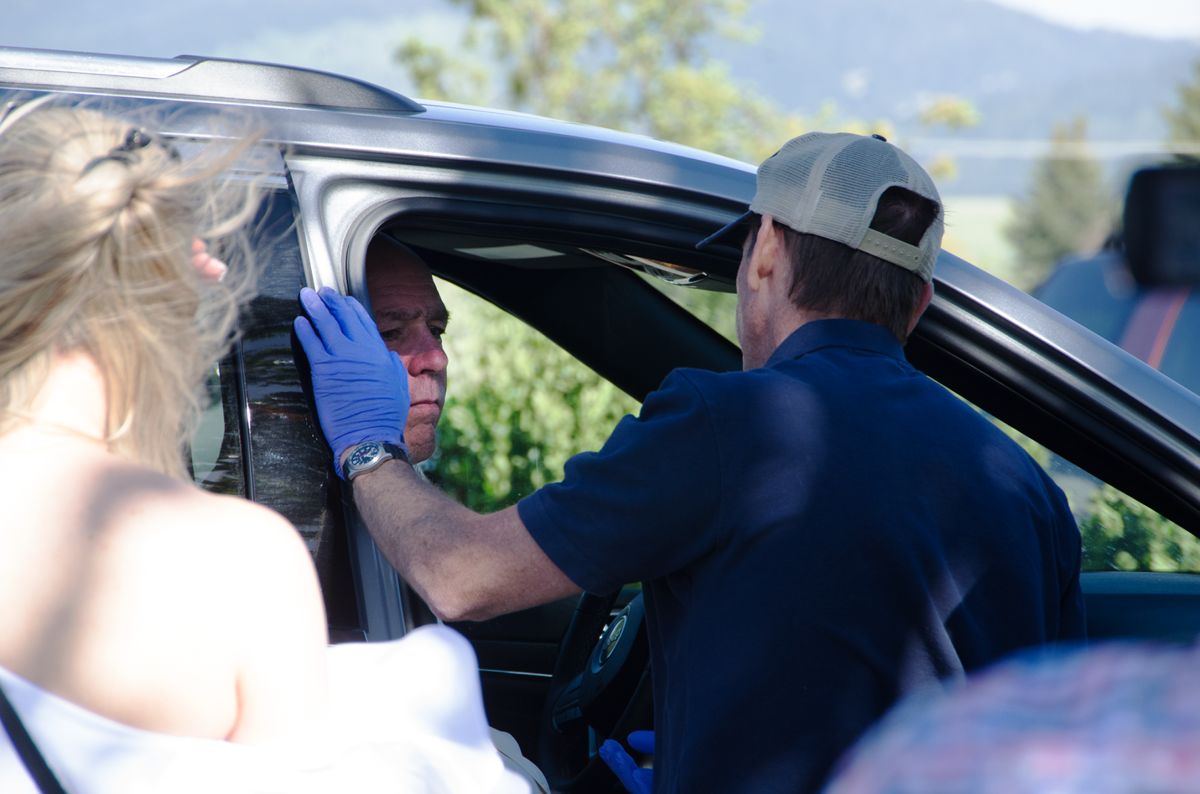 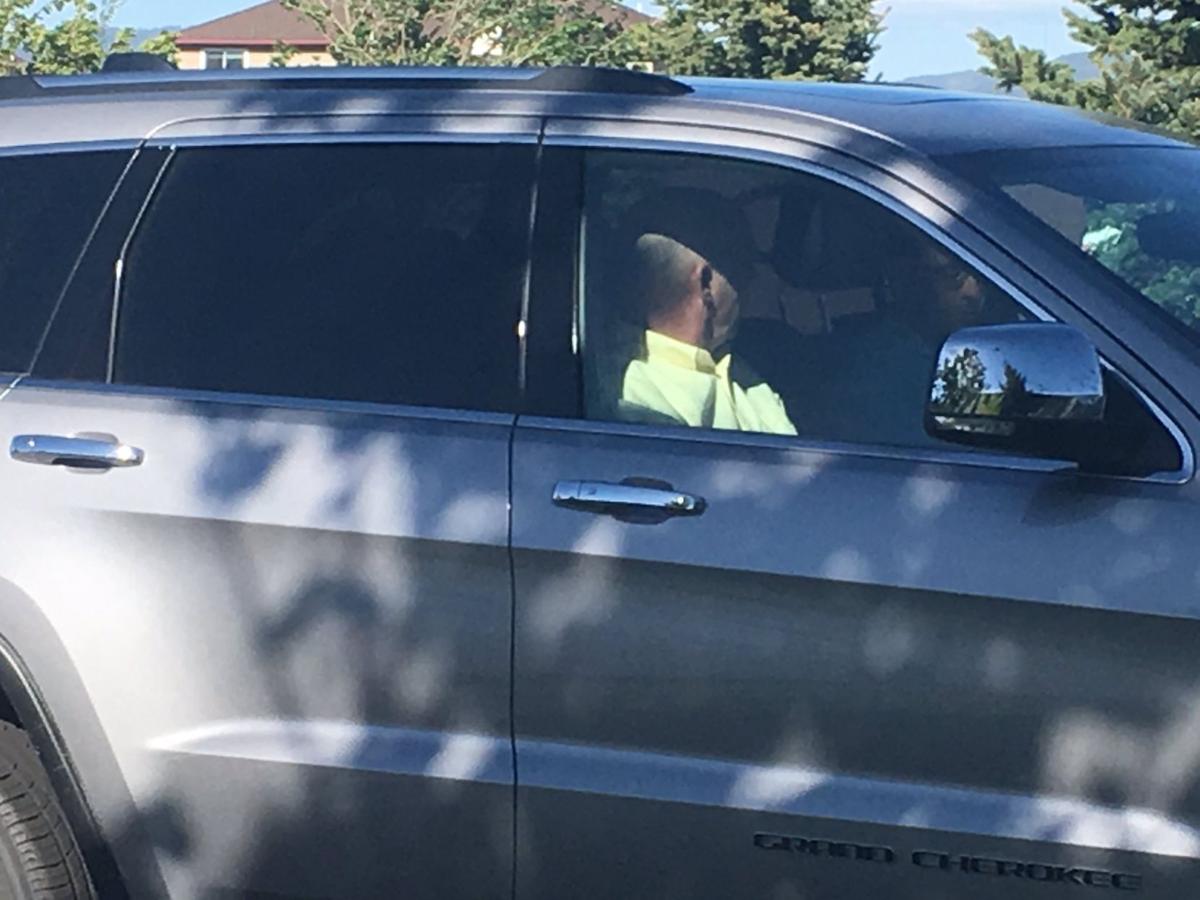 Late on the night before a hotly contested special election, U.S. House candidate Greg Gianforte was charged with misdemeanor assault after a national political reporter alleged the Republican "body slammed" him, sending a last-minute shock wave through the race.

Shortly after 5 p.m. Wednesday, the Gallatin County Sheriff's Office was summoned to Gianforte's campaign headquarters at 212 Discovery Lane in Bozeman.

The reporter, Ben Jacobs of The Guardian, claimed on Twitter that Gianforte assaulted him.

Greg Gianforte just body slammed me and broke my glasses

After multiple interviews with witnesses Wednesday night, the sheriff's office cited Gianforte for the misdemeanor. Gallatin County Sheriff Brian Gootkin said the incident did not meet the criteria for a felony charge.

Gianforte must appear in Gallatin County Justice Court between now and June 7.

In an emailed statement, Shane Scanlon, spokesman for the Gianforte campaign, gave the following account of the confrontation:

"Tonight, as Greg was giving a separate interview in a private office, The Guardian's Ben Jacobs entered the office without permission, aggressively shoved a recorder in Greg's face, and began asking badgering questions. Jacobs was asked to leave. After asking Jacobs to lower the recorder, Jacobs declined," Scanlon said.

"Greg then attempted to grab the phone that was pushed in his face. Jacobs grabbed Greg's wrist, and spun away from Greg, pushing them both to the ground. It's unfortunate that this aggressive behavior from a liberal journalist created this scene at our campaign volunteer BBQ."

Audio of the encounter posted by the Guardian, a British newspaper, to YouTube confirmed the altercation.

According to the audio clip, Jacobs asked Gianforte a question about health care. Gianforte tells Jacobs to speak with his campaign spokesman.

Then, a loud crashing is heard, after which Gianforte says, "I'm sick and tired of you guys. The last guy that came in here, you did the same thing. Get the hell out of here!"

"Get the hell out of here," he repeats. "The last guy did the same thing. You with the Guardian?"

"The last guy did the same damn thing," Gianforte says.

"You just body slammed me and broke my glasses," Jacobs replies.

"Get the hell out here," Gianforte says.

"If you'd like me to get the hell out of here, I'd also like to call the police," Jacobs replies.

A Fox News crew was in the room and posted their account on that company's website, which contradicted the campaign's statement.

"Gianforte grabbed Jacobs by the neck with both hands and slammed him into the ground behind him ... I watched in disbelief as Gianforte then began punching the man, as he moved on top the reporter and began yelling something to the effect of 'I'm sick and tired of this!'" a Fox News reporter wrote in the story.

Jacobs was evaluated in an ambulance at the scene and taken to Bozeman Health Deaconess Hospital, according to the Hyalite Fire Department.

Jacobs left the hospital at approximately 7:25 p.m. in a sheriff's vehicle. He was wearing a sling around his arm. He refused to comment on the incident.

Gianforte was seen sitting in a vehicle near his campaign headquarters during the incident and had been speaking with Gallatin County deputies. Medical responders provided initial care to him, and he left the scene shortly before 6 p.m. without speaking to reporters.

Gootkin added his office retrieved the audio recording from Jacobs and was in contact with Gallatin County Attorney Marty Lambert.

The sheriff said charges were not filed at the scene because investigators didn't have enough information at the time. He said the detective division is treating the case like any other investigation.

"After this week, this is the last thing we needed," Gootkin said, referring to the shooting death and funeral of Broadwater County Sheriff's Deputy Mason Moore.

Alexis Levinson, a reporter for Buzzfeed News, told MSNBC that she had given a statement to the sheriff's office. In tweets and on air, she said she saw Jacobs go into a room where Gianforte was.

"I heard the crash and saw his feet fly," she told MSNBC.

The campaign event, a barbecue, continued at the campaign headquarters without Gianforte on Wednesday night.

The confrontation started when Jacobs asked Gianforte for his position on the U.S. House health care vote.

Gianforte had previously told reporters he wouldn't support the House version of the repeal of the Affordable Care Act. He said he'd wait to take a position until he had more information, including the Congressional Budget Office report, which was published Wednesday afternoon.

That same day Gianforte declined to support the bill, the New York Times posted audio of the candidate talking to Republican lobbyists, saying he was "thankful" his party's version of the bill had passed the House.

His opponent, Democrat Rob Quist, has been hammering Gianforte for the seeming inconsistency. Quist did not issue a statement about the alleged assault Wednesday night.

Hours after the incident, national cable outlets such as CNN, MSNBC and others reported on it as breaking news. Talk show pundits debated and analyzed the incident live on the air for hours. Gootkin later joined Don Lemon on CNN for a live interview. Jacobs also provided a phone interview to MSNBC.

The Guardian later released a statement on the incident.

"The Guardian is deeply appalled about how our reporter, Ben Jacobs, was treated in the course of doing his job as a journalist while reporting on the Montana special election. We are committed to holding power to account and we stand by Ben and our team of reporters for the questions they ask and the reporting that is produced," said Lee Glendinning, Guardian U.S. editor.

Numerous media outlets seized on campaign finance reports showing that Gootkin had donated $250 to Gianforte's campaign. In a statement Wednesday night, Gootkin said the donation had no effect on the investigation.

Rob Saldin, a political science professor at the University of Montana, said the incident could be a sign that the Gianforte campaign is worried about what Thursday’s result may be.

“This is extremely bizarre behavior for a candidate in the final hours of a campaign,” Saldin said. “A lot of things have been going wrong for the Gianforte campaign. This was supposed to be an easy win. If they’re feeling totally confident today, I just don’t see this kind of thing happening.”

Saldin called the incident "totally nuts,” but he added that most people have already voted. He said some voters might support this sort of behavior, especially because Gianforte has tied himself so closely to Trump.

Jeremy Johnson, a political science professor at Carroll College, said the incident may not have a major impact on the race because so many absentee ballots have been turned in. He added that it could swing some voters who were on the fence up to the very last day.

As of Wednesday, 259,312 absentee ballots had been turned in statewide. There are 699,207 total registered voters in Montana.

Johnson said there might be some Republican voters who will sympathize with the candidate but that the incident is most likely to help his Democratic opponent.

“I’ve never seen anything like this,” Johnson said. “It will not help Gianforte.”

It's not the first time during the campaign that Gianforte's actions regarding the media have come under scrutiny.

According to the Ravalli Republic, at a campaign event in Hamilton in April, a man in the audience asked Gianforte "how can we rein in the news media?" The man then looked at the Republic reporter and "raised his hands as if he would like to wring his neck," the newspaper reported. In response, Gianforte said: "It seems like there is more of us than there is of him. I don't have a simple solution for you. I will say that doing town hall meetings and getting out and visiting with people is very important."

Late Wednesday night, the Missoulian and Billings Gazette newspapers, which had endorsed Gianforte a week ago, rescinded their support for the Republican.

Would you change your special election vote if you could?

Congressman-elect Greg Gianforte pleaded guilty Monday morning to a misdemeanor charge of assault for "body slamming" a reporter in Bozeman on the eve of Montana's special election.

"Savage Ancient Seas" exhibit opens at Museum of the Rockies

Abortion opponents rally at annual March for Life in Bozeman

Abortion opponents rally at annual March for Life in Bozeman