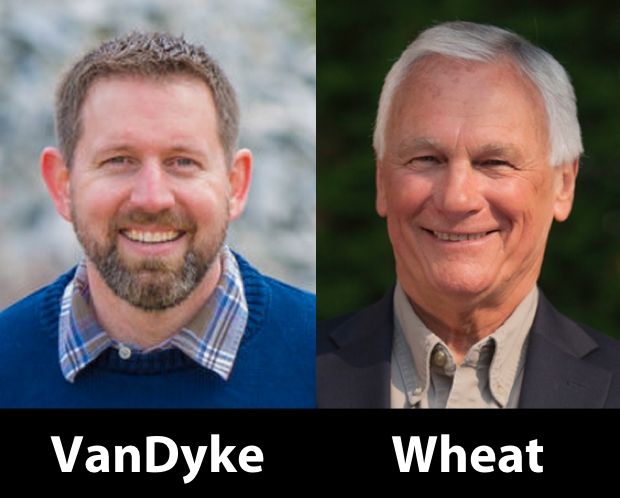 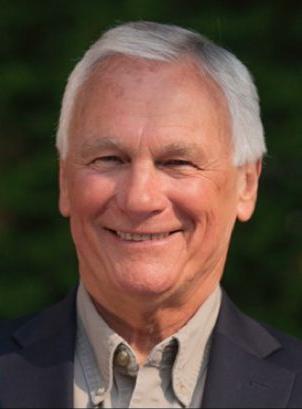 “We are extremely concerned about these organizations from Washington, D.C., that are financing media advertisements for VanDyke,” Nelson said in an interview with the Chronicle.

Nelson was appointed to the Supreme Court in 1993 by Republican Gov. Marc Racicot and retired in 2012 after serving with Wheat for three years on the Montana Supreme Court.

“It’s political hypocrisy for VanDyke or his supporters to call Wheat a partisan judge,” Nelson said. “He was not political in the court.”

Wheat is also under fire from Americans for Prosperity, an organization backed by billionaire industrialists Charles and David Koch.

Wheat, 66, is a former Democratic state legislator from Bozeman who was appointed to the Supreme Court by Democratic Gov. Brian Schweitzer in 2009. Wheat had practiced law in Montana since 1978.

His supporters are backing him with their own committee known as the Montanans for Liberty and Justice, registered with a Helena address.

Nelson said that VanDyke, 41, graduated from an impressive law school (Harvard Law) but that he lacked experience in Montana courts. VanDyke has been an attorney with Gibson, Dunn & Crutcher LLP, and was appointed by Attorney General Tim Fox as a Montana Solicitor General until May when he resigned.

Trieweiler said VanDyke’s supporters are out-of-state interests looking to create a court that will rule in favor of corporations.

“Mike Wheat’s record is that it has been very moderate, compared to mine. I don’t think he’s an activist judge at all,” Trieweiler said. “He might have been involved in politics before but actually that was a good experience, not a bad experience, because he has an idea of how laws are made.”

Trieweiler said it was clear that VanDyke is a Republican because he appears on Republican advertisements, attends Republican fundraisers, and has the same corporate backers as the Republican Party.

He also said VanDyke’s supporters were the same “dark money” groups that helped Justice Laurie McKinnon get elected in the 2012 election and that it was part of an effort to make the court pro-business.

“VanDyke’s election would totally shift the balance on the court in the direction of right-wing activism in total service of the corporate agenda,” Trieweiler said. “Environmental laws, consumer protection laws and labor laws are all at risk.”

In an email to the Chronicle, VanDyke agreed with the Republican PAC that Wheat was a dangerously liberal activist judge. He called the six ex-justices’ accusations baseless and hypocritical.

“I have much more appellate and constitutional experience than the vast majority of Montana justices had when they took the bench,” VanDyke said in the email. “The Trial Lawyers spent over $300,000 in 2004 supporting Nelson’s election -- record amounts at the time -- and Nelson has since admitted he believes such expenditures ‘buy loyalty.’”

VanDyke said Nelson and Trieweiler are supporting Wheat because he is “the Trial Lawyers' guy.”

“Indeed, all of the former justices who have criticized me in this race have extensive ties to the Trial Lawyers,” VanDyke said. “The organization of wealthy lawyers that for decades has been spending huge sums of money to get justices on the court who will make sure they get big attorney fee awards, whether they deserve it or not.”

VanDyke said that if elected, he would apply the law as written, not according to anyone's preferences -- including his own.

Montanans want and deserve judges who simply apply the constitution and laws as written, not according to the judge's own personal preferences or political agenda, he said.

“That is what Montanans deserve from their justices, and that is why I'm running,” VanDyke said.

Troy Carter covers politics and county government for the Chronicle.