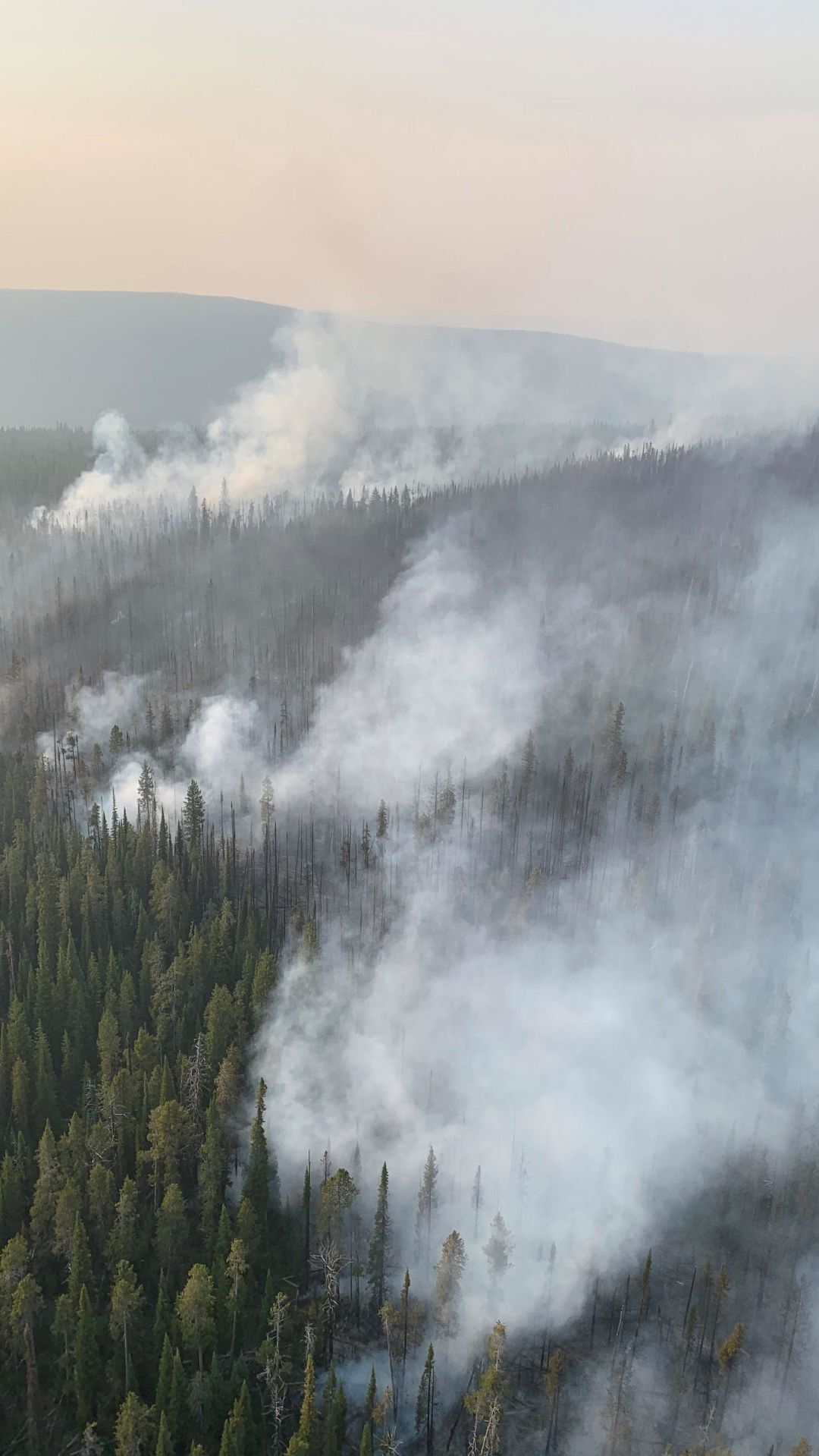 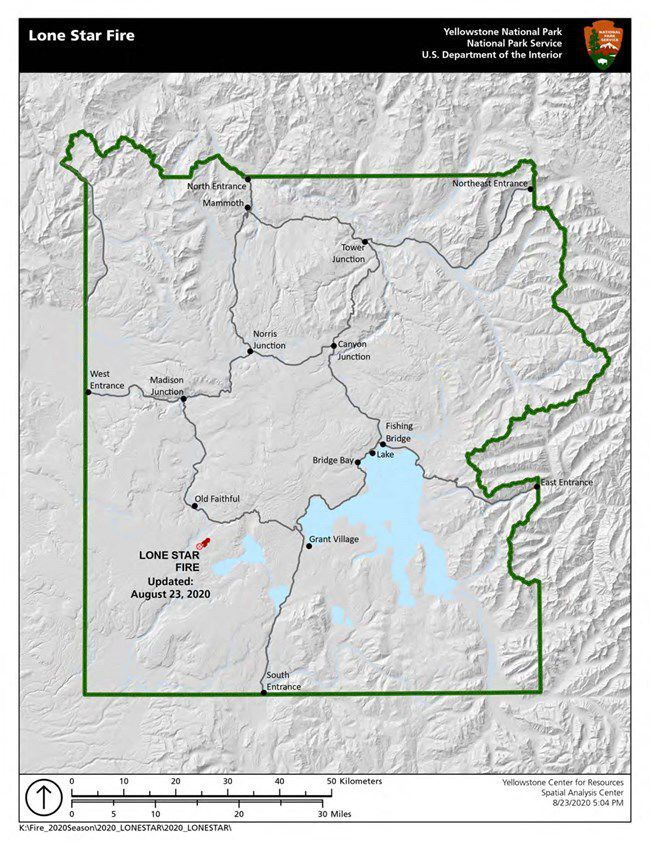 The Lone Star fire has burned about 300 acres in Yellowstone National Park.

The Lone Star fire has burned about 300 acres in Yellowstone National Park.

Updated 9:12 a.m. Wednesday: An update Wednesday morning estimated the size of the fire at 821 acres.

A wildfire burning in Yellowstone National Park has so far stayed away from the park’s most famous geyser, but officials are making plans in case that changes.

The Lone Star fire was estimated at 821 acres Wednesday morning, an increase of about 60 acres from the day before. The fire is about three miles south of Old Faithful.

Rebecca Roland, fire spokesperson, said the fire grew to the northeast on Tuesday — away from historic buildings like the Old Faithful Inn.

Crews have done some work to protect those buildings should the fire move that way. Roland said they tested a set of sprinklers used to protect the inn during the 1988 fires, just in case. She also said some work is being done to thin trees and lop off limbs near buildings. And fire managers have made plans for how they’ll respond if the fire reaches certain spots.

“We are engaging the fire indirectly,” Roland said.

Otherwise, officials are letting the lightning-caused fire play its natural role in the ecosystem — chewing up trees that haven’t burned in a long time.

The lightning-caused fire was discovered Saturday after a week of heavy lightning activity and high fire danger. It’s burning in steep terrain between Old Faithful and Shoshone Lake. There are 37 people assigned to the fire.

The blaze forced the closure of several trails and of the park’s main road from Old Faithful to the West Thumb of Yellowstone Lake. A news release from the park said fire managers will watch smoke and fire spread to determine when that part of the Grand Loop Road can reopen.

The Old Faithful and West Thumb areas are still open, but the closure means road access is limited. The only way into Old Faithful is from Madison Junction. Visitors can still get to West Thumb either from the South Entrance or from the Lake Village.

People are still coming to see the geysers despite the fire, Roland said.

The fire’s proximity to Old Faithful concerns fire officials, but they’re happy to see it move away from the area. In addition to the buildings, officials are also making plans to protect the area’s source of potable water and its water treatment plant. There is also communications equipment in the area.

Fire is a natural part of Yellowstone, and many of its forests depend on fire for regeneration. Roland said it helps the park’s forests by clearing out some of the older trees and making the forest more diverse in terms of tree ages.

“We manage for fire for that reason,” she said. “It’s meant to create a patchwork of different ages and different types of ground cover.”

The area that’s burning hasn’t burned in a long time. A fire history map posted to the park’s website shows that some fires burned along the northern shores of Shoshone Lake in 1889 and 1919. A big chunk of ground to the west of those fires — roughly where the Lone Star fire is — isn’t covered by any of the fires on the map, which goes back to 1881.