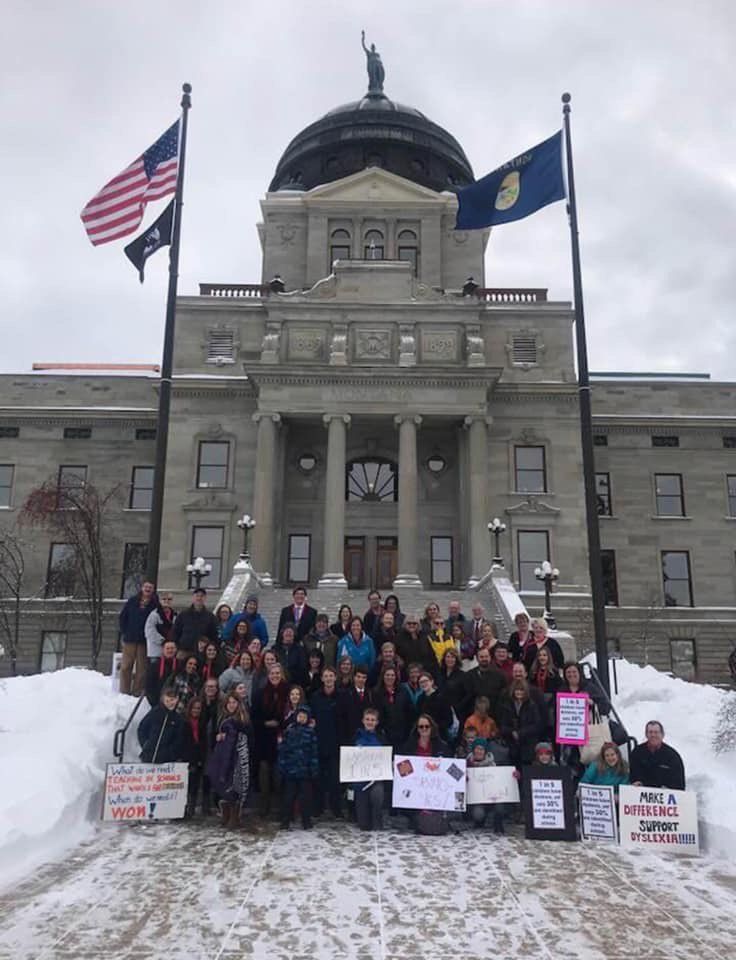 Montana families posed at the Capitol in Helena last winter after testifying for a bill to require screening and intervention for students with dyslexia. 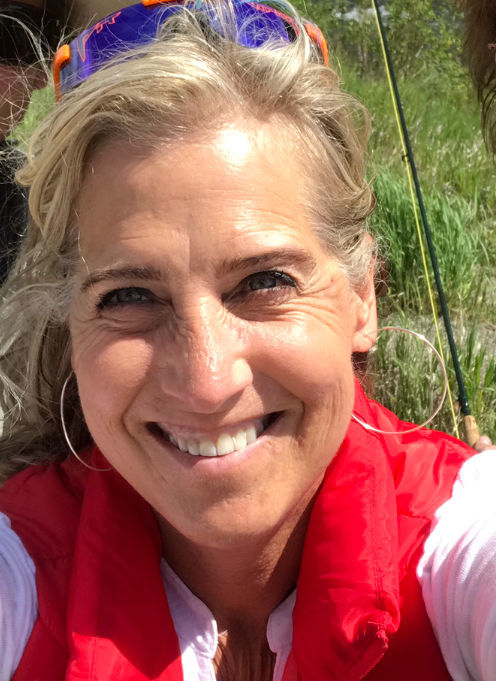 Kelly Fedge-DuBose is a mother and the founder of Decoding Dyslexia in Montana.

Montana families posed at the Capitol in Helena last winter after testifying for a bill to require screening and intervention for students with dyslexia.

Kelly Fedge-DuBose is a mother and the founder of Decoding Dyslexia in Montana.

Kelly Fedge-DuBose cried when the 2019 Montana Legislature passed a law to require schools to screen children for dyslexia and get them help to learn to read.

The Bozeman mother and founder of Decoding Dyslexia in Montana has been fighting to help dyslexic kids for 14 years, ever since her own son was in kindergarten. He was really bright, the Longfellow School teacher said, but he still struggled to read.

Montana schools wouldn’t screen kindergartners or first-graders for dyslexia or intervene to help them, Fedge-DuBose said. Instead they waited to see if kids slow to read might improve by third grade.

But by then, dyslexic kids suffered the pain and humiliation of falling farther and farther behind in class and being seen by their peers as dumb. She called the approach “wait, watch, fail.”

Children who can’t read can feel stupid and going to school becomes torture, she told the Senate Education Committee last winter. Some drop out. About 80% of prison inmates are illiterate and most of them are dyslexic, she said, and young people who can’t read are more likely to commit suicide.

Fedge-DuBose said one mother said the principal told her she might just have to “get used to the idea” that her 8-year-old son “may never read.”

A sixth-grade girl from Dillon testified that when she finally got help for dyslexia, she went from feeling “so sad and overwhelmed” to “much happier and freer.” She recited the names of famous dyslexics, like Albert Einstein, Oprah Winfrey and Steve Jobs.

Kids with dyslexia can definitely learn to read, Fedge-DuBose said. She ended up quitting her job and homeschooling her boys until middle school. They were successful in high school and her older boy won a college scholarship and is taking pre-med classes.

Up to 15% to 20% of the population shows some symptoms of dyslexia, according to the International Dyslexia Association. Fedge-DuBose, herself dyslexic, said it means the brain is wired differently, but that can actually lead to greater creative thinking and problem-solving skills.

The new law requires school districts to screen for dyslexia all children when they first enroll up to second grade, and every child who fails to meet grade-level reading benchmarks in any grade. In the first year that would mean screening up to 38,000 of the youngest students plus 34,000 kids in grades three to eight who score below the proficient level on state reading tests.

The law also requires the Montana Office of Public Instruction to raise awareness of dyslexia statewide and give school guidance on identifying kids and best instructional practices.

The original estimate said the bill would cost school districts $390,000 the first year, but that was eliminated in the final fiscal note, based on the argument that the federal Individuals with Disabilities Education Act already requires schools to provide special education for children with disabilities.

But many schools and teachers still have never heard of the law, Fedge-DuBose said.

OPI worked over the summer to spread the word about the new law, said spokesman Dylan Klapmeier. The state dyslexia task force and OPI have also created a webpage with free resources to assist schools and parents (http://opi.mt.gov/Educators/Teaching-Learning/Student-Support-Services/Dyslexia#83686296-parents).

In addition, Berg said, for years Bozeman schools have hired intervention teachers to help students who are struggling. And Bozeman teachers use practices like “response to intervention” and “multi-tiered systems of support,” which mean that when kids are struggling, teachers respond quickly instead of waiting, and they work in teams to figure out how best to help kids.

But Berg said that as he listened to families testify for the bill, he kept hearing about schools that had told parents “Montana doesn’t recognize dyslexia.”

“It really reinforced in my mind that those misunderstandings persisted and we needed to raise awareness,” he said.

People with dyslexia may not be able to make sense or blend the sounds that make up words, or may have visual problems that make it harder to decode words easily, Fedge-DuBose said. Structured literacy and the Orton-Gillingham approach are two methods found to help kids learn to read, she said.

Two events will be held in Bozeman at the end of this month to raise awareness of dyslexia and related issues.

At Montana State University, the Dyslexia & Innovation Symposium will be held Oct. 29 and 30, to focus on the advantages of the dyslexic mind in imagination and creative thinking. Speakers and panelists will include Linda Siegel, author of “Not Stupid, Not Lazy” and other books. More information is at www.montana.edu/dxi2019.

And a one-hour documentary on teen anxiety, “Angst: Raising Awareness Around Anxiety,” will be shown for free Oct. 29 at 7 p.m., in Willson Auditorium, with a panel discussion to follow. Sponsors include the Be Yourself Project, IndieFlix Foundation, Bozeman School District, Hopa Mountain, Thrive, Greater Gallatin United Way, NAMI and others. More information is at www.showclix.com/event/angst-be-yourself-project.