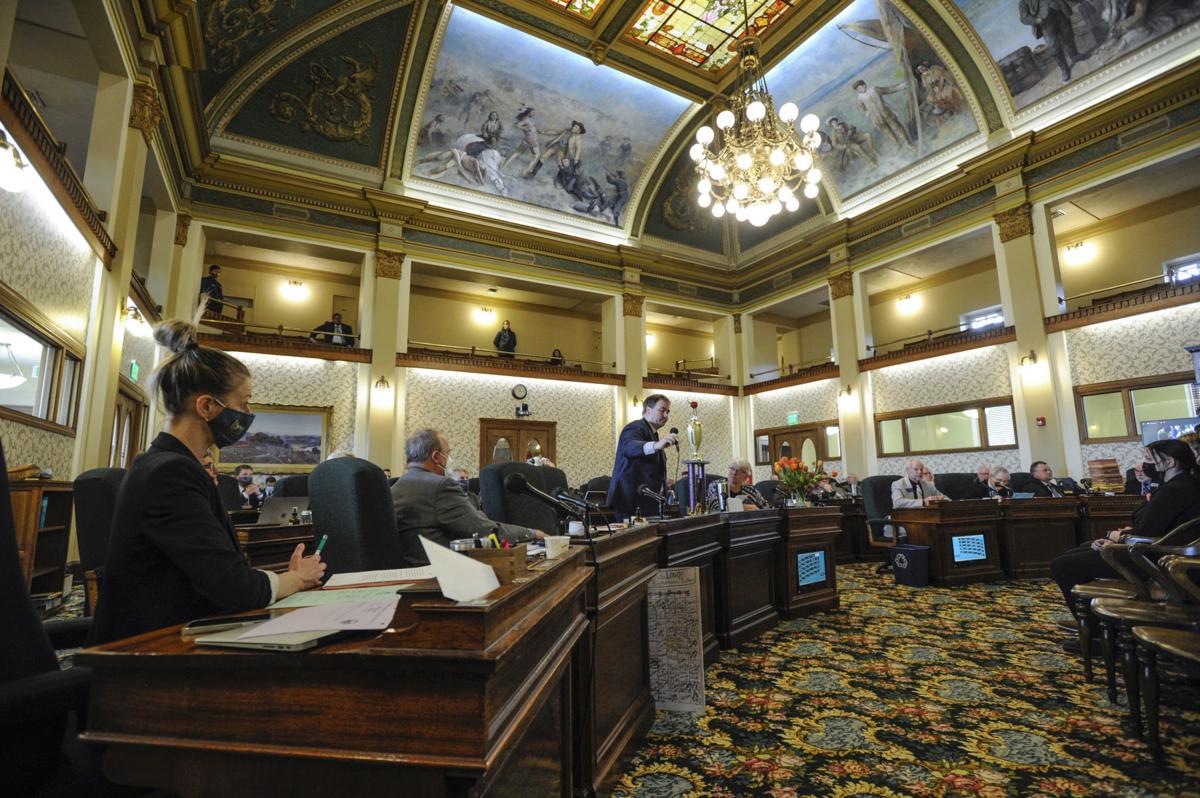 Senators debate bills on the final day of the Montana legislative session. 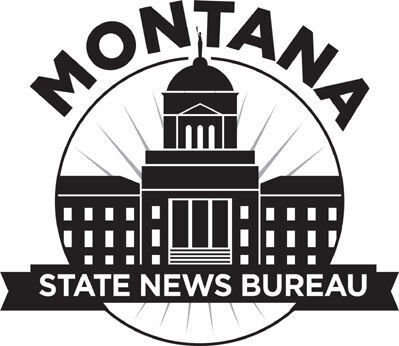 On the final day, lawmakers also nearly passed changes to a recreational marijuana implementation plan brokered over the last month, but in the end the effort fell short on a vote in the Senate with some GOP siding with Democrats.

House lawmakers passed along party lines the state’s $12 billion budget, their main job during this year’s 80-day session. Republican Rep. Llew Jones of Conrad, who chairs the House Appropriations Committee, said beauty was in the eye of the beholder when it came to finer points of the budget, but that overall it funds essential state functions for the next two years while keeping growth in spending low.

“This is a good budget,” Jones said. “It will take care of Montana for the next two years.”

Rep. Ed Stafman, a Bozeman Democrat, objected to a provision of the bill that clarifies legislative intent to end continuous eligibility for the state’s Medicaid expansion program. Democrats argue this can kick qualified people off the program, while Republicans say checking enrollment eligibility more than once a year will keep people from defrauding the program.

“This policy idea was thoroughly vetted ... and was defeated on a bipartisan vote because it’s awful policy,” Stafman said, citing a policy bill to end continuous eligibility that was defeated. The provision was amended into the budget in the last week of the session.

In the final debate on the bill, House Democrats at one point were blocked from voicing their objections, triggering a brief leadership meeting below the House rostrum. Minority members were then allowed to speak.

Moments later, GOP members stood in protest over comments from a Democrat that budget cuts were “in the name of fraud.”

Other disputes over the budget ended up echoing some of the major fights this session, including the $100,000 in funding for lawsuits filed over new laws that tighten access to voting and $285,500 to pay for a committee formed by Republicans to investigate allegations of bias and improper behavior in the judiciary.

Rep. Derek Skees, a Kalispell Republican, rose to support the budget, saying he normally votes against it but supported the bill this session.

“All the aggressive, strong, conservative values we passed in policy is funded by HB 2,” Skees said. “That’s what this bill does.”

Through the session, majority Republicans have advanced policies that died via veto over the last decade by a Democratic governor’s pen. This session, many of those bills have already been signed into law by Republican Gov. Greg Gianforte, the state’s first GOP executive in 16 years.

Not all Thursday’s action was so partisan, however. Another major component of the state’s budget — legislation to spend more than $1 billion in federal aid from the American Rescue Plan Act — cleared with broad bipartisan support, on a 90-10 vote in the House.

Rep. Frank Garner, the Republican from Kalispell who carried that bill, said it will provide transformational money to the state. It puts $275 million toward broadband projects in the state, as well as pays for infrastructure projects across Montana.

Though it cleared by wide margins, there was still conflict as some Democrats objected to a provision in the bill that cuts the matching rate the state will give local governments if they still have COVID-19 measures in place that are more restrictive than the state’s.

But Rep. Jim Keane, a Butte Democrat, said he supported the bill because of its potential to dramatically change the trajectory of Montana.

As the session ground toward sine die, lawmakers made a frenzied bid to push leadership for a brief conference committee in an effort to plug amendments to a bill that would have changed funding mechanisms in the marijuana implementation package passed by both chambers. One amendment would have taken the tax revenue away from the general fund and moved it to trust fund to pay for what some GOP lawmakers called the societal costs of recreational marijuana. The effort passed the House, but died in the Senate just before both chambers adjourned.

On Wednesday “cleanup” legislation for Montana Fish, Wildlife & Parks became one of the most hotly debated hunting bills of the session. A late amendment to House Bill 637 allows outfitted nonresident hunters who were unsuccessful in getting a big game license this year in the lottery to purchase one. It also revamps nonresident preference points to give hunters using an outfitter an advantage in the draw over do-it-yourself hunters.

The session was also marked by the pandemic, both in function and legislation.

For the first time ever, lawmakers could participate under a hybrid model. As access to vaccines increased, more lawmakers began to participate in-person. Six legislators tested positive through the session and at one point floor sessions were shut down for two days after a lobbyist’s case generated a dozen close contacts. Senate sergeant-at-arms staff were out of the building in the last week as they quarantined because of exposure. Gianforte also tested positive for the virus during the session.

Lawmakers also carried a plethora of bills aimed at changing the state’s response to the pandemic, from a bill to provide a legal liability shield for businesses that led to Gianforte lifting the statewide mask mandate and new laws that limit public health officials’ previous power to enact public health restrictions.

This story will be updated.

— Reporters Seaborn Larson and Tom Kuglin contributed to this story.