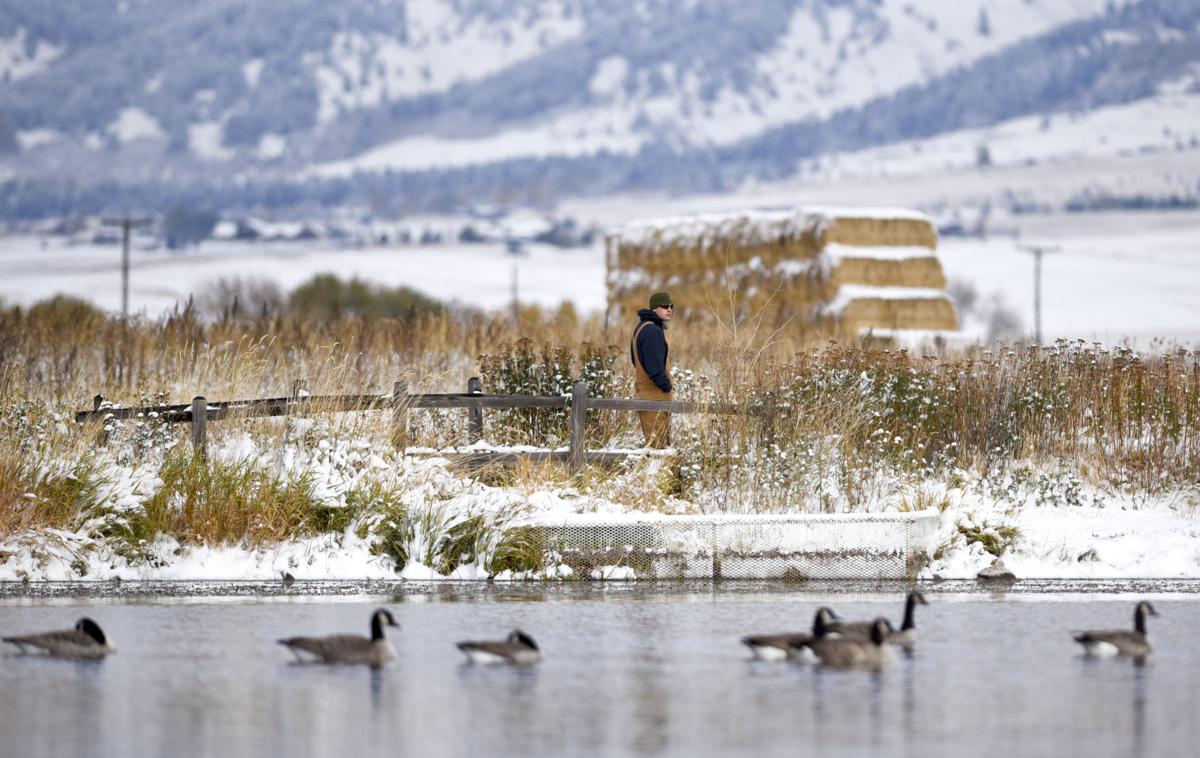 A man looks out at the various birds that have accumulated on Cattail Lake on Thursday, Oct. 22, 2020, while walking his dog. 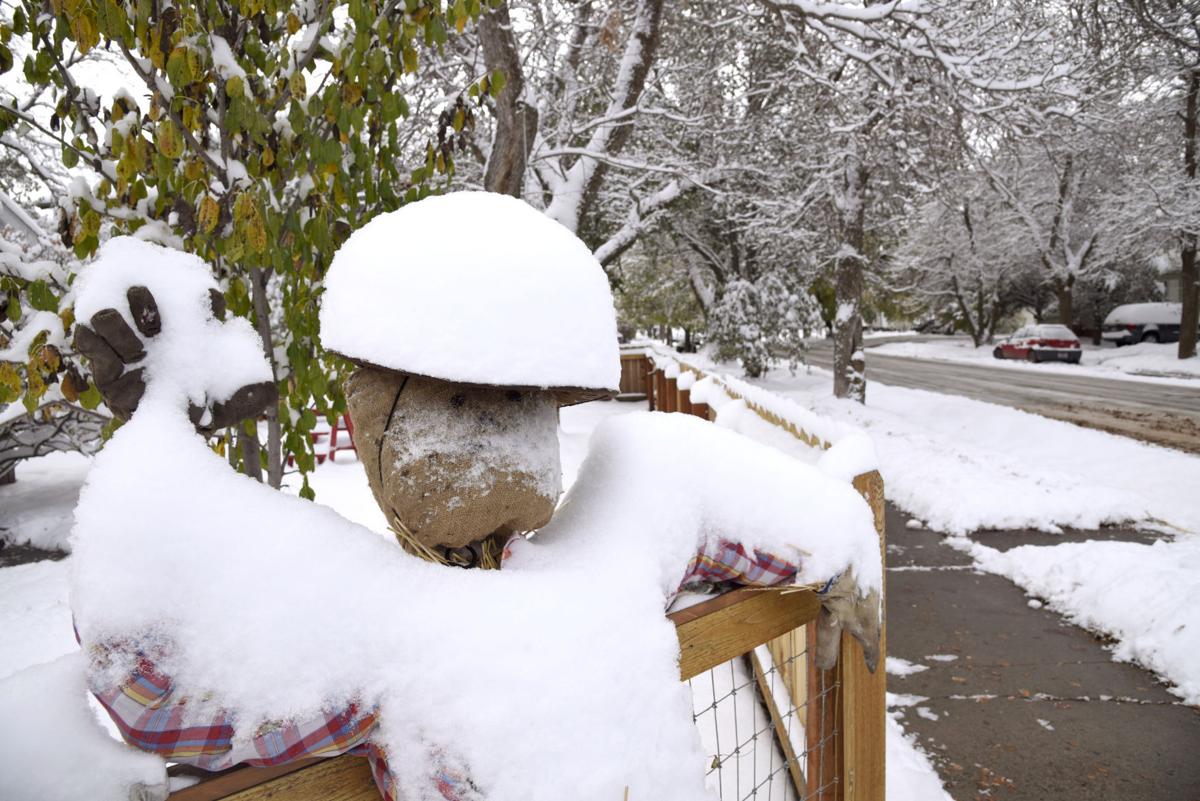 A decorative fall scarecrow is covered in snow on Thursday, Oct. 22, 2020. More snow and cold weather is expected through the weekend.

A man looks out at the various birds that have accumulated on Cattail Lake on Thursday, Oct. 22, 2020, while walking his dog.

A decorative fall scarecrow is covered in snow on Thursday, Oct. 22, 2020. More snow and cold weather is expected through the weekend.

Friday and Saturday will not be good days to be outside.

Francis Kredensor, a National Weather Service meteorologist, said the Bozeman area will likely have new record low temperatures set in the next couple of the days with the cold snap. This time of year the normal low is in the upper 20s, but he said lows are expected to drop at least 30 degrees colder than that.

And then there’s the snow. Bozeman could see up to 10 inches, with most of it falling between 12 a.m. and noon on Saturday.

“That’ll be the bulk of the snow, and it’ll taper off Saturday afternoon and evening,” Kredensor said.

The weather service issued a winter storm watch that is scheduled to last from Friday at 6 p.m., to Saturday at 6 p.m., for Madison, Jefferson, Broadwater, Meagher, Gallatin, Chouteau, and central Lewis and Clark counties. Heavy snow is possible with estimated accumulations of up to 13 inches.

The storm watch said that travel could be difficult from Friday night through Saturday morning with areas of blowing snow that could reduce visibility.

It also advised that wind chills as low as 20 below zero could cause frostbite within 30 minutes.

Kredensor said because winds are expected to blow northwest to north, southern and eastern parts of the city like the foothills heading up to Hyalite Canyon and toward Bozeman pass could see higher amounts of snow.

And higher elevations would likely see a foot or more.

“The Bridgers could definitely make out really well in terms of snowpack,” he said.

On Sunday, cold air is expected to pull temperatures into the single digits below zero but the highs will likely get into the upper teens. That will likely be the case for Monday, too.

Kredensor said as we head toward the middle of the week we’ll start to see warmer temperatures potentially crack the 40-degree mark.

Bozeman was covered with a thick layer of snow on Thursday morning.

The Gallatin National Forest Avalanche Center reported that Bozeman got 4 to 8 inches of snow.

The avalanche center said mountains have up to 30 inches of settled snow, and that most avalanches happen immediately following new snow. The center said to be cautious of slopes with fresh, “pillowy” snowdrifts, and avoid steep slopes during intense snowfall and wind.