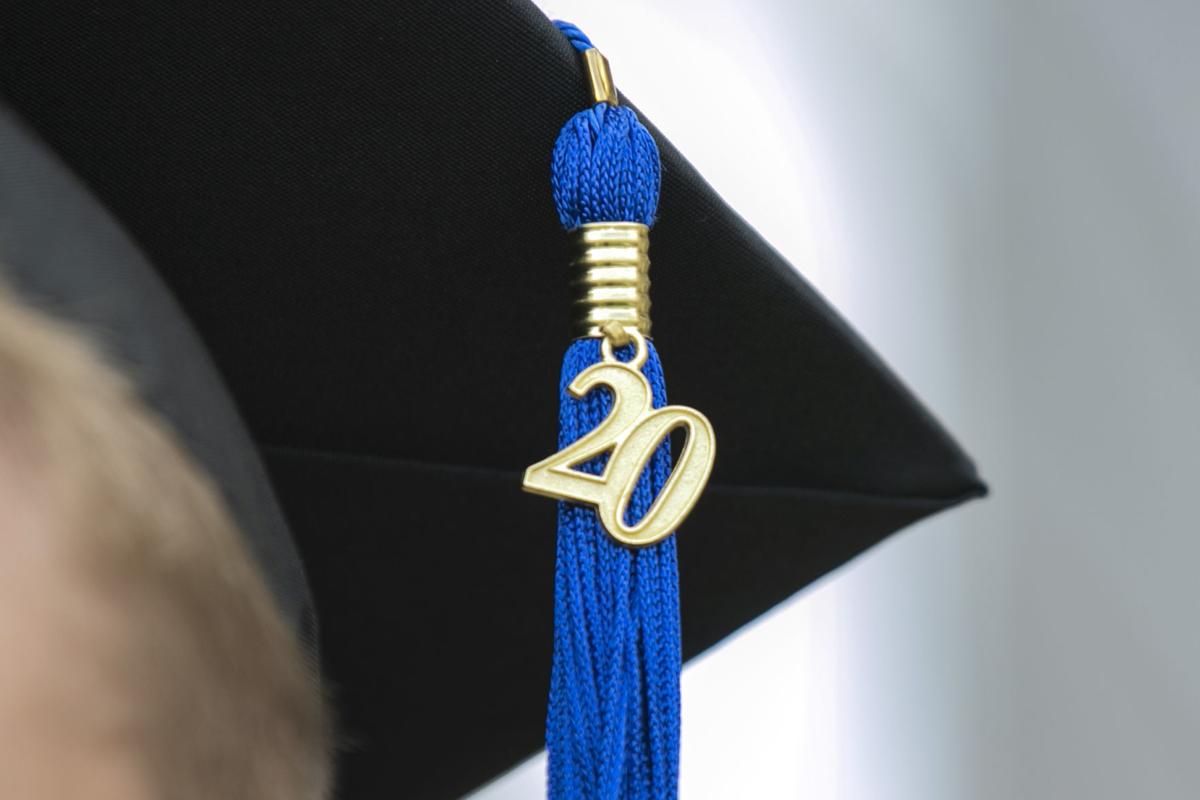 Soon-to-be Montana State graduate Logan Gunderson, of Glasgow, stands outside his home in his cap and gown Wednesday in Bozeman. 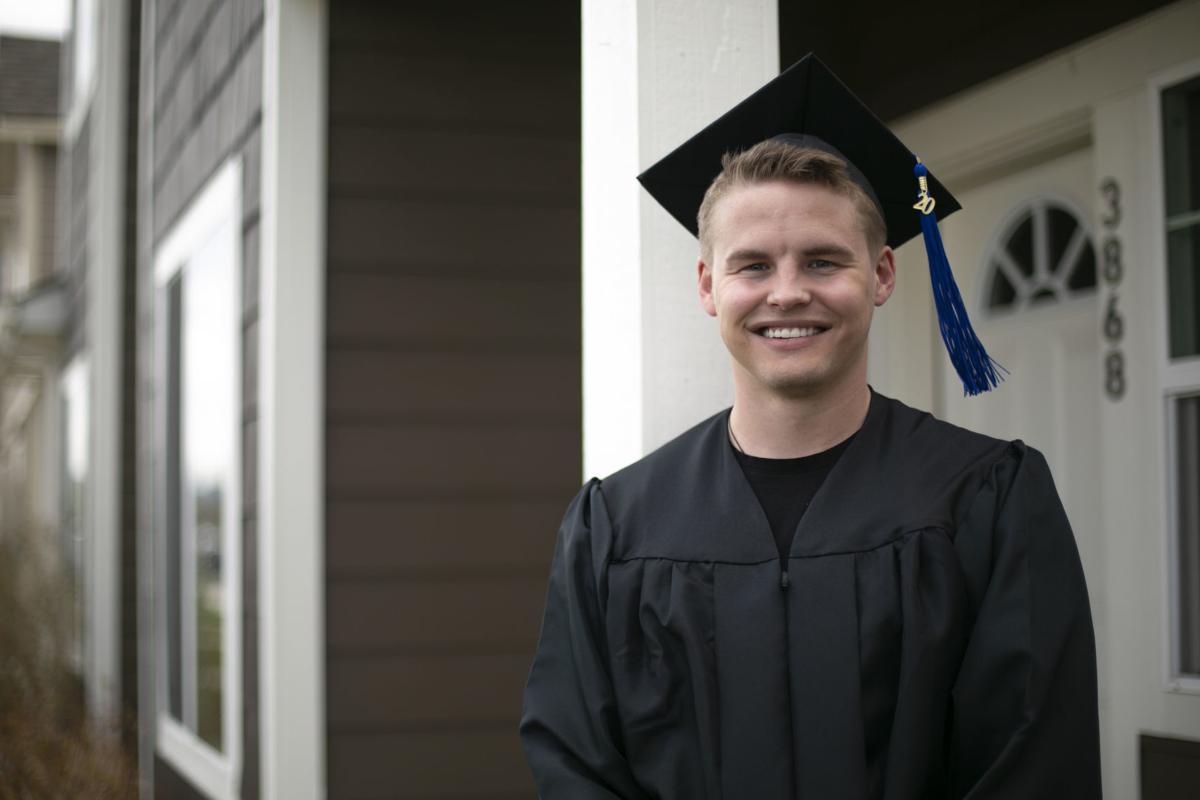 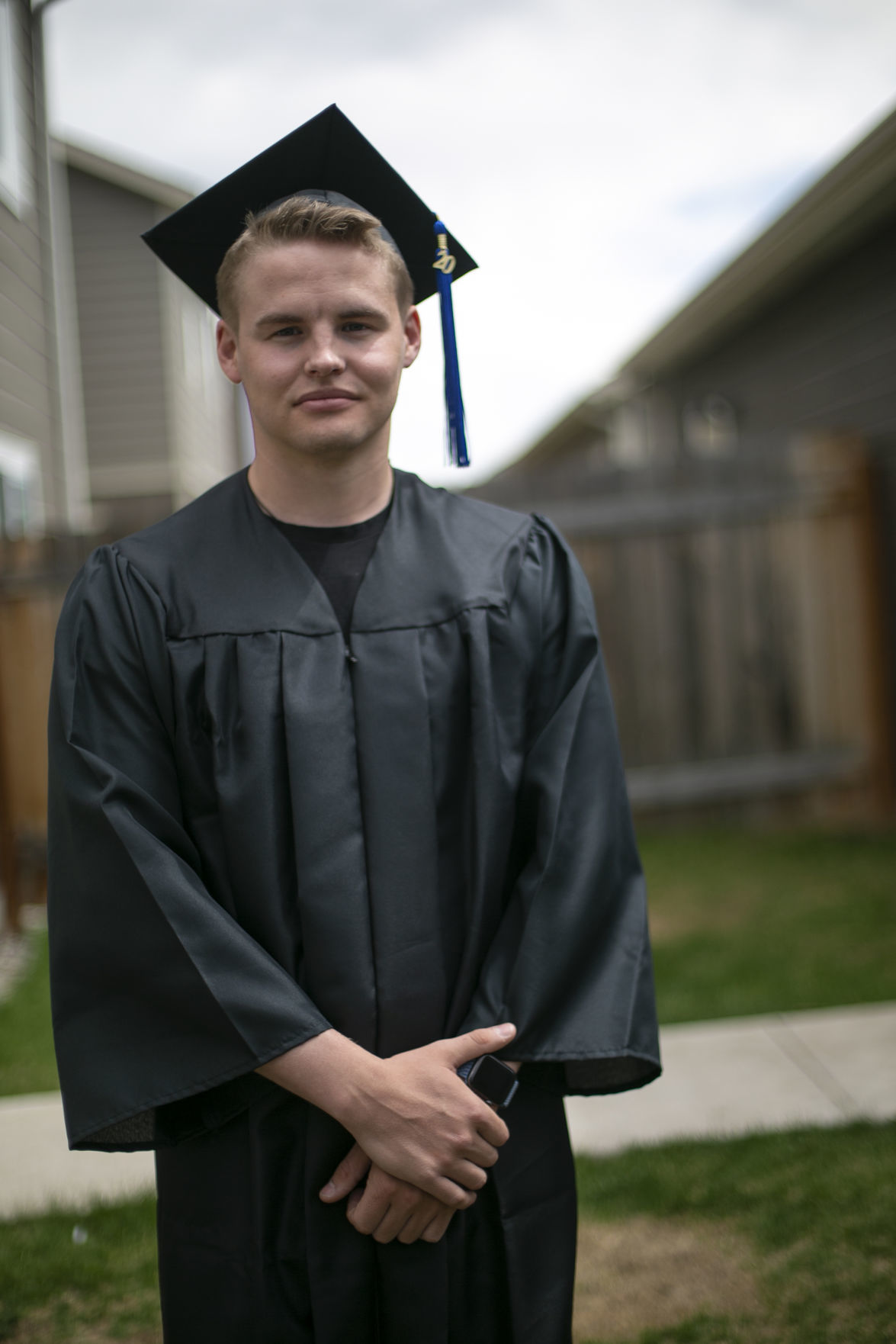 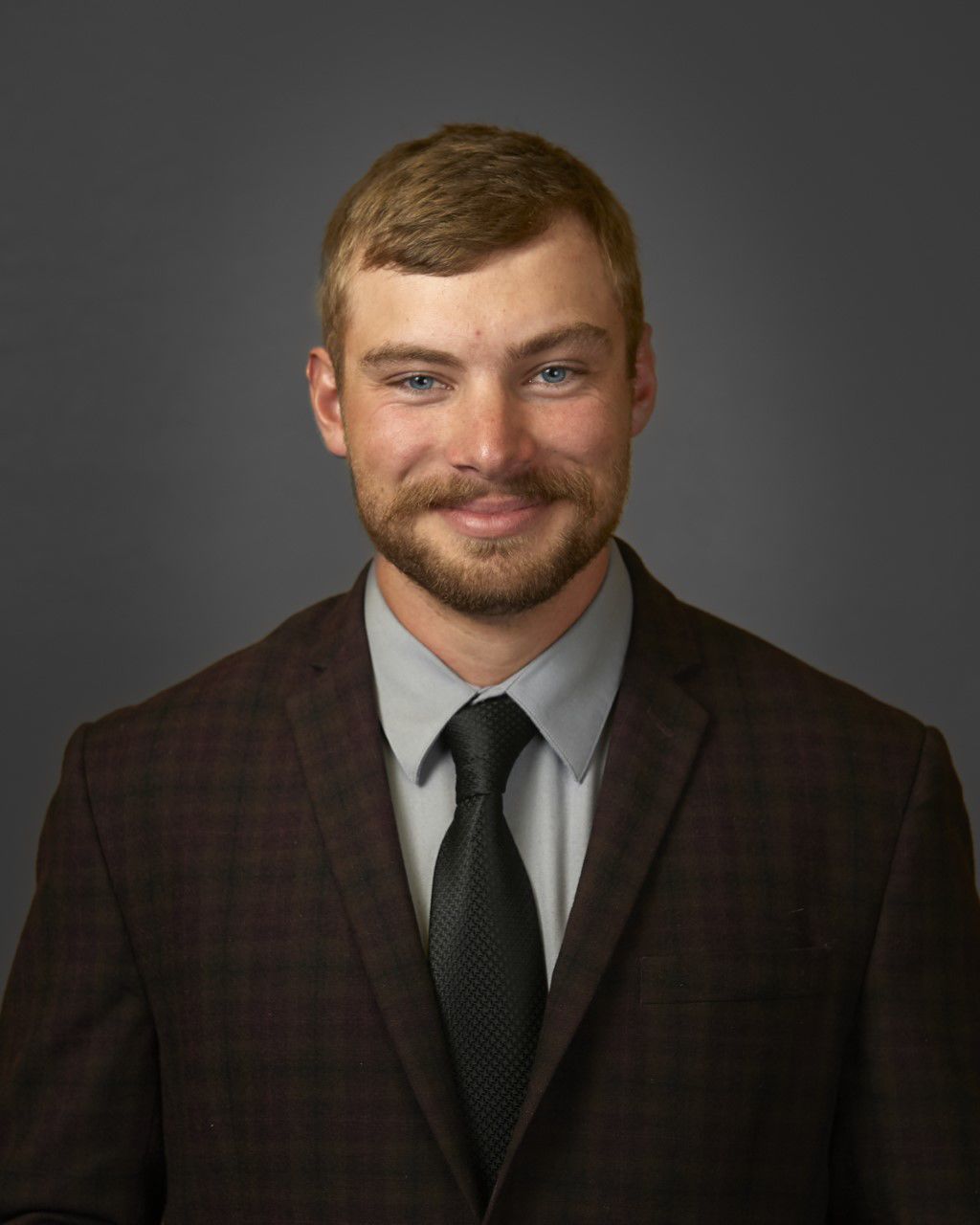 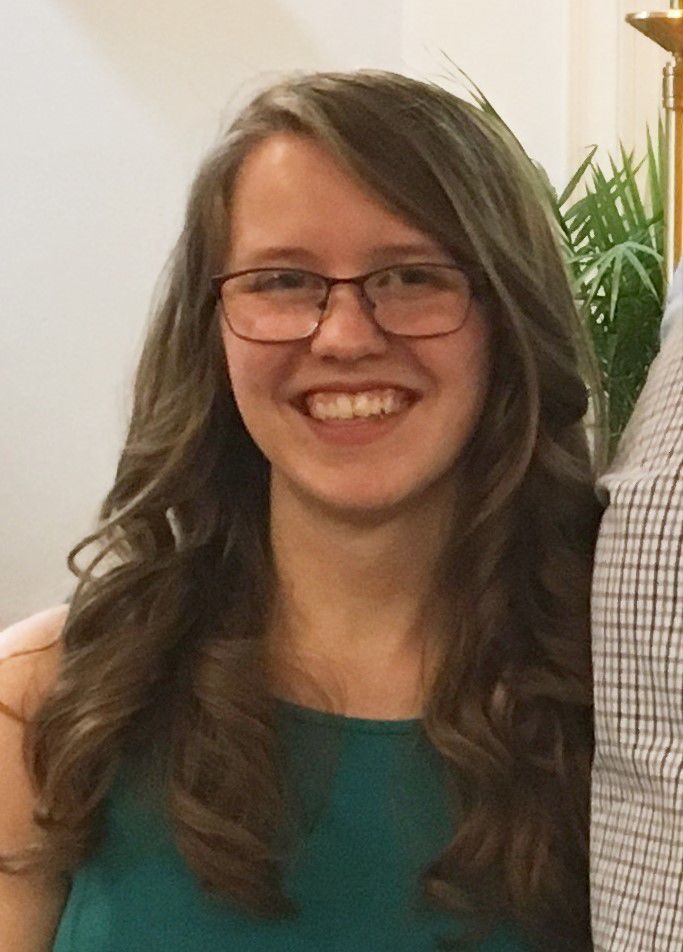 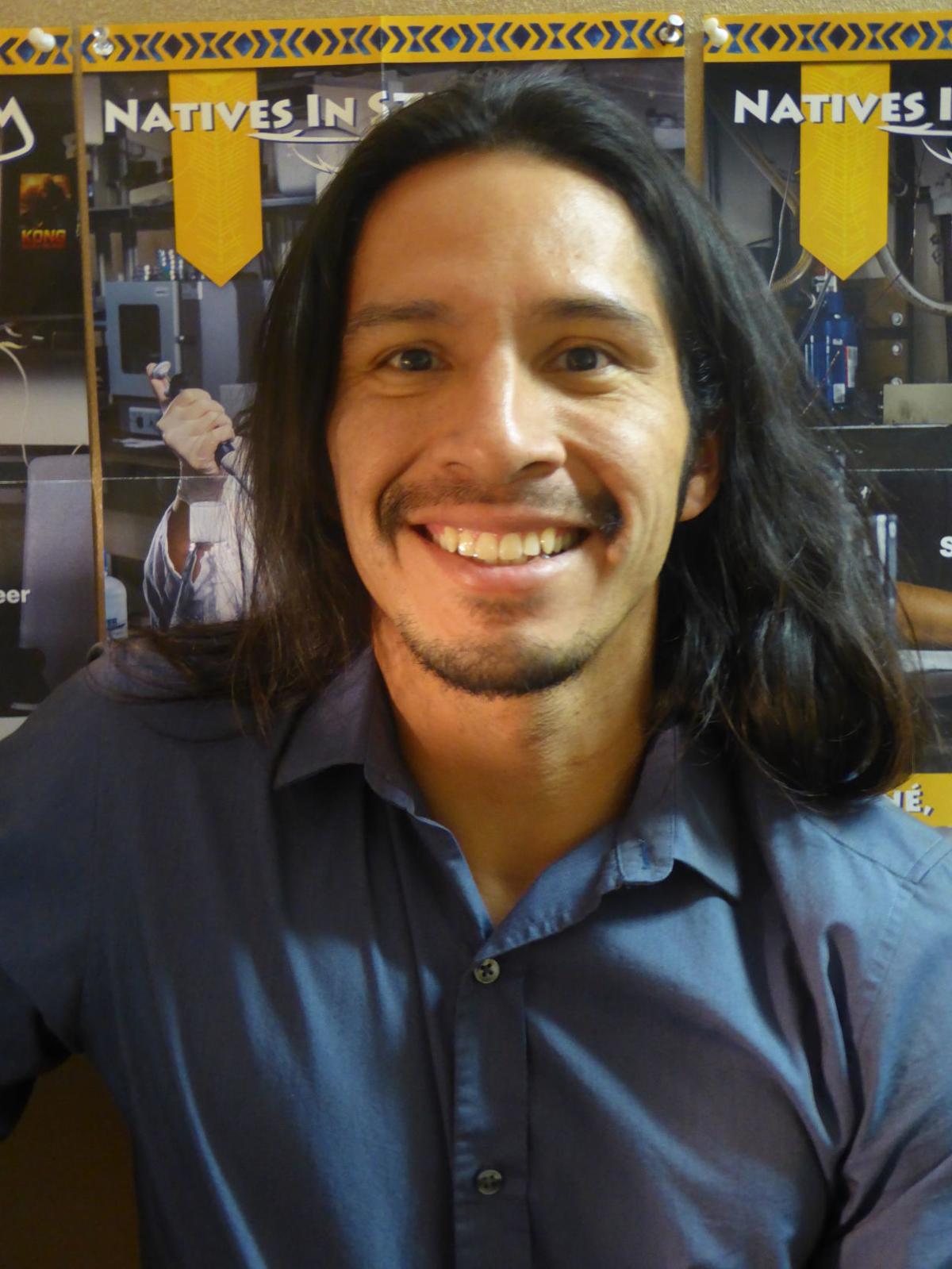 Soon-to-be Montana State graduate Logan Gunderson, of Glasgow, stands outside his home in his cap and gown Wednesday in Bozeman.

Graduation ceremonies may be virtual, but these 2020 graduates of Montana State University are the real deal.

Logan Gunderson, a 22-year-old from Glasgow, will graduate with highest honors Thursday from the University Honors College and Saturday from the College of Letters and Science in cell biology and neuroscience and biochemistry.

Next fall Gunderson will enter the UCLA medical school, one of the top-ranked programs in the country. He was surprised to be one of 175 students accepted out of more than 13,000 who applied.

“I feel really great,” he said. “It’s an incredible honor. I received a full-ride scholarship.”

Coming from a town of 3,000 people and three stoplights, he once thought Bozeman was huge. Now he’s heading to a sprawling, freeway-filled urban area of 10 million.

“It’s going to be weird,” he joked, “going from a place that’s so flat you can watch your dog run away for two weeks.”

Still, UCLA is a good fit because it “has great programs for underserved populations and global health,” Gunderson said. He plans to return to practice in Montana, where many rural communities lack physicians.

After graduation he’ll return to Glasgow and his summer job as an emergency medical technician. He knows that if someone has a farming accident or a patient has an emergency, they’re a four-hour ambulance ride or 90-minute flight away from the bigger hospitals in Billings. Having more physicians close by could make a difference in avoiding tragedies.

Gunderson said he was adopted at 2 weeks of age after his mother, a teacher, had a car wreck on icy roads. She was eight months pregnant, driving to Great Falls to see an OB-GYN doctor. She was OK, but she lost the baby.

“It had a huge influence on her life,” he said, “and an impact on me.”

MSU gave him a good education, he said. He received a prestigious Cameron Presidential Scholarship, which helped pay his way through college.

The faculty also made a real difference to him. He recalled when he first entered the Honors College, Dean Ilse-Mari Lee shook hands with every entering freshman. She has continued to be interested and supportive throughout his MSU career. Steve Holmgren and Mary Cloninger, faculty members in chemistry and biochemistry, also had an impact and cared about his progress.

It feels good to be graduating, Gunderson said, but “kind of bittersweet, how it ended.” In-person classes were canceled in March to fight the spread of the new coronavirus. Most students left the dorms, and courses and even graduation ceremonies had to be moved online.

“It’s disappointing, but they’re doing a great job,” Gunderson said. “Instead of sharing the moment in the Fieldhouse, we’ll be sharing between our screens.”

Ben Roeder, 22, grew up on his family’s sheep farm near Choteau, a 30-mile drive from his high school and 10 miles from the nearest town.

Roeder laughed when he recalled the culture shock of being able to walk out of his dorm at MSU “and buy groceries 200 feet away.”

Now he’s getting ready to graduate with highest honors from the Honors College and College of Agriculture, with an animal science major and minor in chemistry. His goal is to become a veterinarian and return to practice in rural Montana.

“I’ll go to Australia to shear sheep for a couple of years, and then vet school,” he said this week. It will be a great way to see another country, where sheep are a key part of agriculture, he said. Plus, “I’ll get paid to take a couple years off school.

“One of the amazing things about veterinary medicine is you can be a tremendous resource for the community, which doesn’t see a lot of students come back,” he said.

One thing that has mattered to him in college is doing undergraduate research. He investigated Johne’s disease, which kills cattle, trying to figure out ways to determine if it’s present in sheep populations. Ironically, his research project was cut short by the coronavirus outbreak in humans.

Roeder didn’t know what to expect when he first came to the Honors College, but in the second week his freshman seminar went on a “hike and read” trek up Hyalite Canyon. The first night’s lecture was followed by the next day’s hike — up Hyalite Peak. He realized people in honors also liked to fish, hike and be serious about school. He became a hike-and-read counselor and an ambassador for the honors program for three years.

“It’s been an incredible experience,” he said. “People are consistently pushing you to explore and try things out.”

Roeder also found a great sense of community at Alpha Gamma Rho, the agricultural fraternity, living with 50 other guys. He represented ag students this year as the student senator from the College of Agriculture.

What he’ll miss most about MSU is “being surrounded by curious people, academically curious people,” Roeder said. “Being around people who are learning simply for the pleasure of learning.

Savanna Munson was 16 when she met her future husband, Brenden, in Havre High’s pep band. Both played bass guitar.

Once they started dating, she knew they were going to stick together. They married at 19, and after a year at MSU Northern, they moved to Bozeman so she could study accounting in Bozeman.

Today they have a 6-month-old son, Albie, born last November, in the middle of her senior year.

At 22, Munson will graduate with highest honors from the Honors College and the College of Business, with a degree in accounting and a minor in French.

Most people hate things like doing taxes and making budgets, she said, but she was fascinated. Growing up she liked to check out her parents’ bank statements, and make budgets for the money she’d earned.

After graduation the family is moving back to Havre, where she has a job lined up at a local accounting firm. Munson said she plans to take five months to study for the CPA exam.

“I’m really excited to start working there,” she said. “It’s the culmination of all my work.

“I’m very fortunate,” she added. A lot of fellow business students have seen their job offers fall through because of the economic downturn brought on by the virus.

Online instruction was actually helpful for a new mom.

“It was convenient for me to stay home with the baby,” she said, though with online learning, “it was definitely harder to get immersed in the material.”

The bigger hurdle has been “adjusting to motherhood,” she said. “It’s very demanding.”

Robert Dorsey earned a bachelor’s degree in engineering in 2016 and this week will receive his master’s degree in industrial and management systems engineering during the College of Engineering’s online graduation ceremony.

“It’s a relief,” Dorsey said. “There have been some roadblocks I had to persevere through.”

For his thesis project, he tried to find ways that a small hospital in his hometown of Browning could do a better job meeting patients’ expectations. Better patient ratings could improve the hospital’s reimbursement rates from federal health programs.

His field is all about “continuous improvement,” Dorsey said. “It’s a bridge between engineering and business.”

A member of the Blackfeet tribe and graduate of Browning High School, Dorsey, 39, said his family is proud that he’s earning his master’s degree. But it’s been hard being apart from his kids, ages 15 and 13.

As a non-traditional-age student, there were times he felt like a fish out of water among younger MSU students. He found a great sense of fellowship being part of the Sloan Foundation Indigenous Graduate Partnership, which held monthly meetings with other minority students and faculty members.

“It was a great help to get to know the professors,” he said. “Native Americans tend to feel more comfortable when they feel you’re more like a friend.”

Dorsey also enjoyed working with the Montana Manufacturing Extension Center, helping local businesses to streamline their operations. He got to work with companies like Printing for Less, Gibson Acoustic and Plastic Design & Manufacturing in Manhattan, which has been making face shields for health care workers.

It’s a little sad that his family can’t attend a regular graduation ceremony.

“It’s something I worked hard for,” he said.