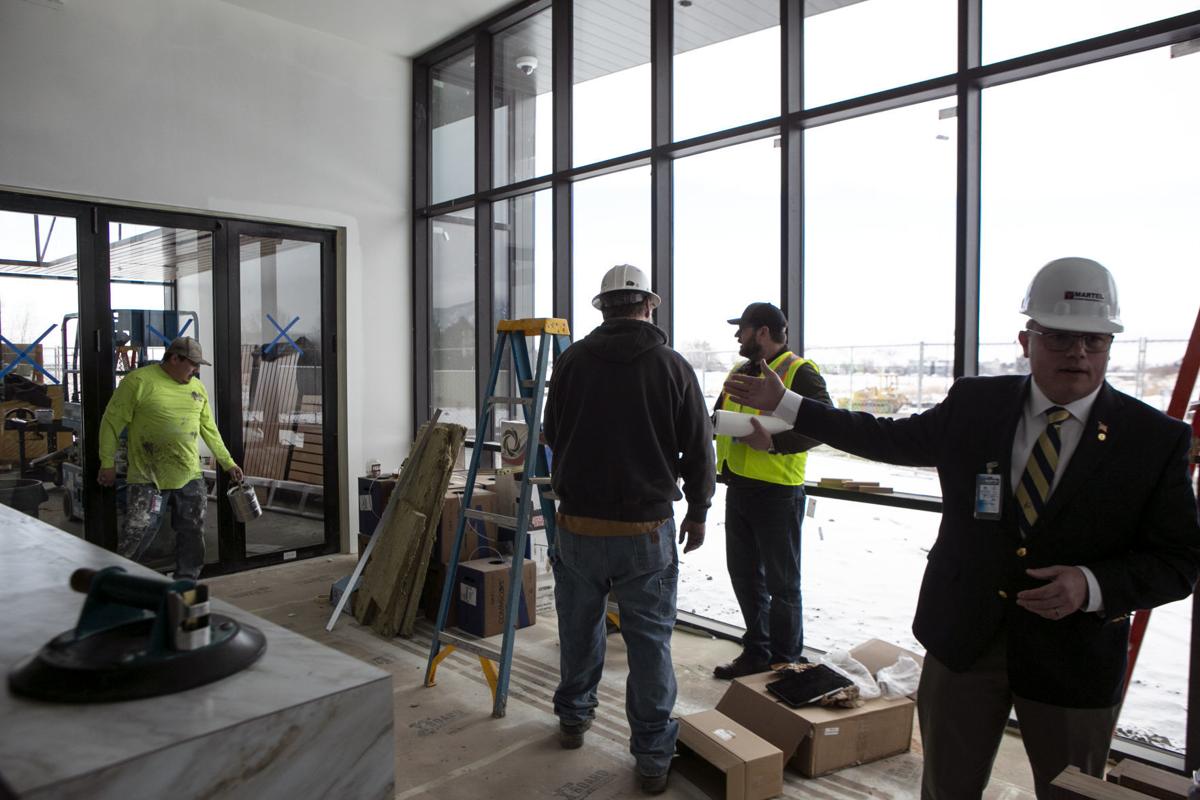 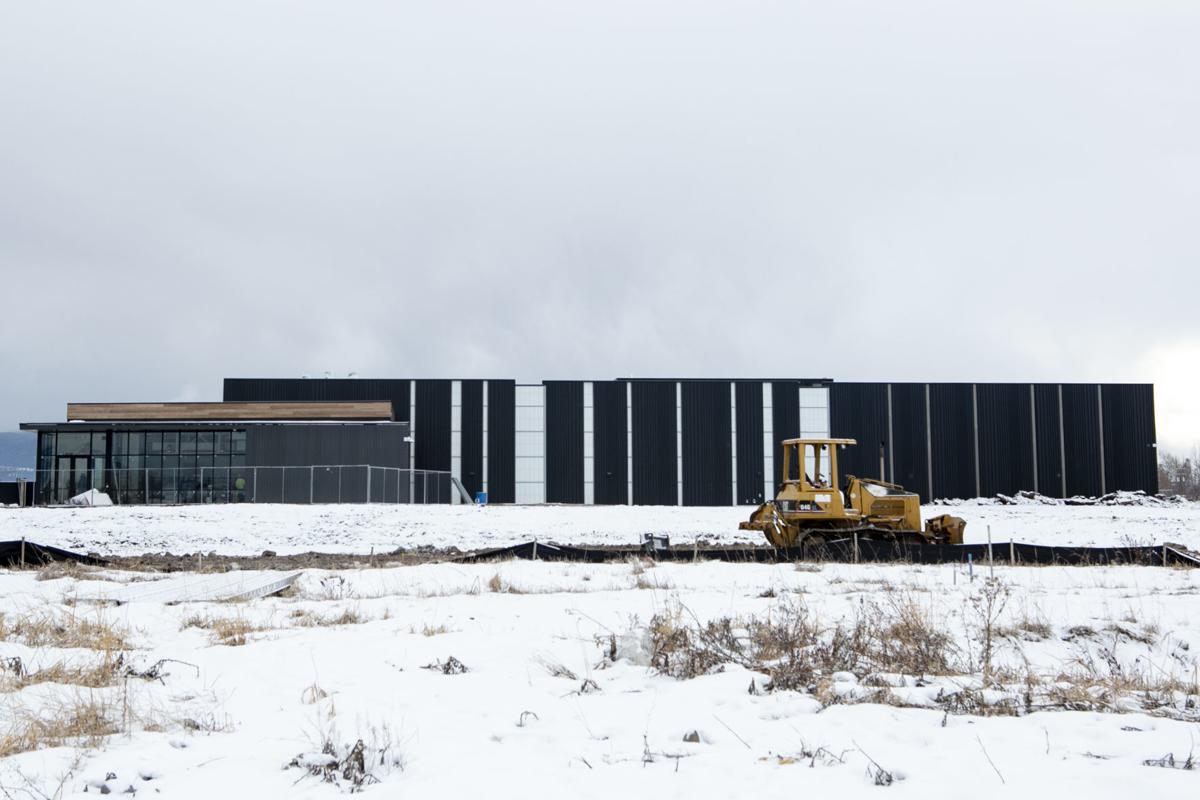 The grounds around the MSU Applied Research Lab are under construction, along with the building Tuesday, Jan. 14, 2020, in Bozeman. 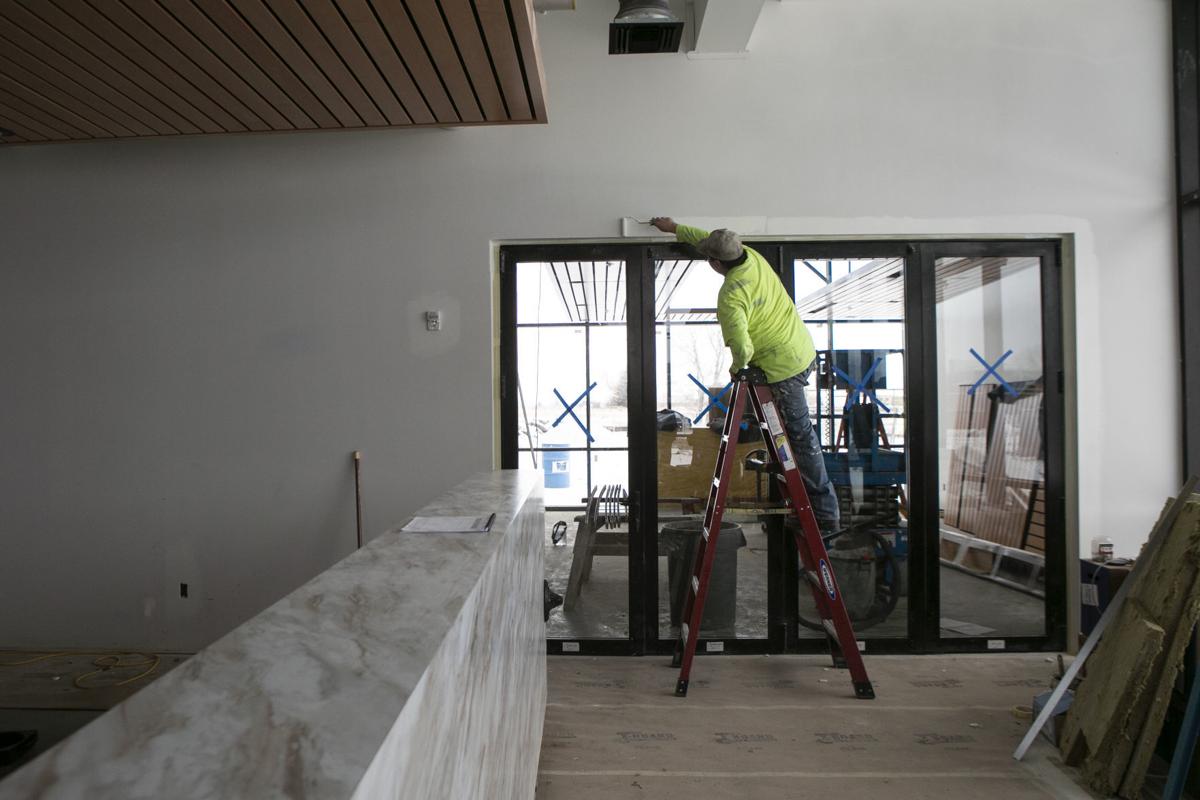 A construction worker paints along the edges of a door at a new MSU Applied Research Lab Tuesday, Jan. 14, 2020, in Bozeman. 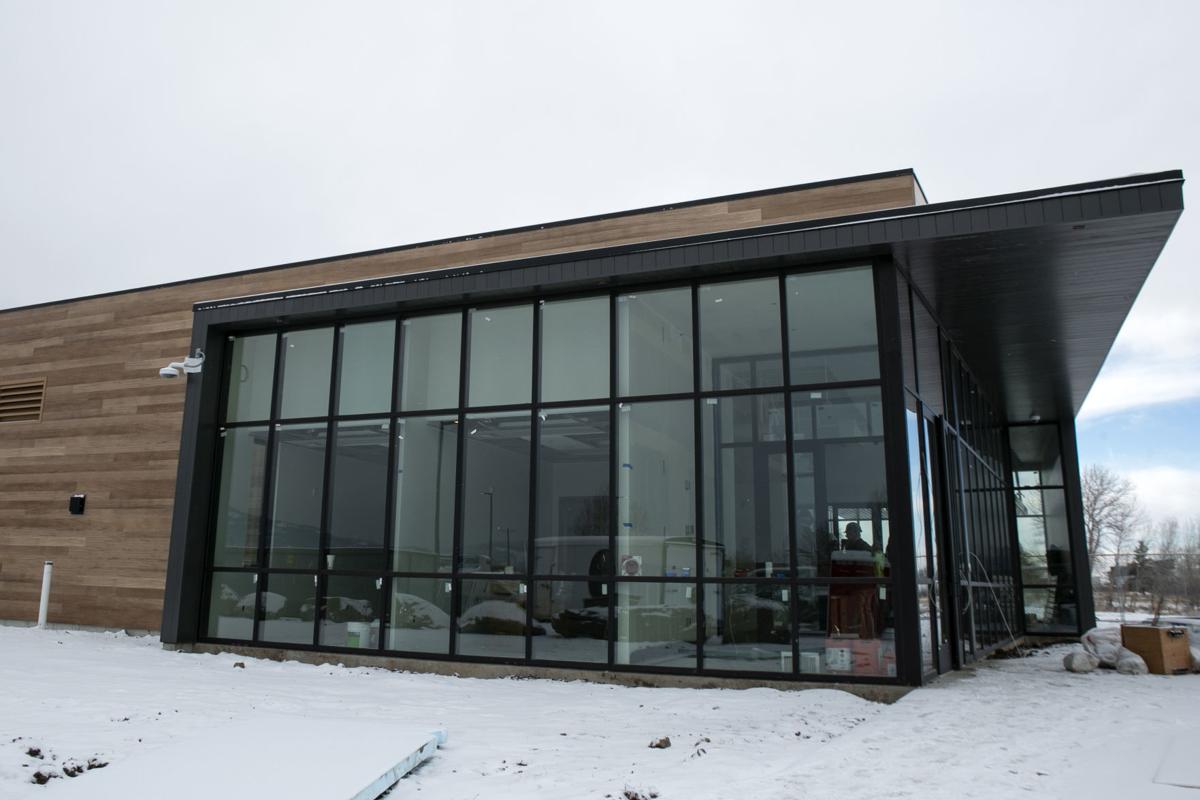 The grounds around the MSU Applied Research Lab are under construction, along with the building Tuesday, Jan. 14, 2020, in Bozeman.

A construction worker paints along the edges of a door at a new MSU Applied Research Lab Tuesday, Jan. 14, 2020, in Bozeman.

To make sure no spies or eavesdroppers can find out what goes on inside one of the super-secret research spaces inside Montana State University’s new Applied Research Laboratory, it has no windows, no cell phones allowed, concrete walls and a roof of 12-inch-thick concrete.

Concrete walls and strict security protocols are part of the big selling points for the new $17 million Applied Research Lab, where construction is nearing completion.

University officials want the new secure lab to attract classified research in areas like cyber-security from the U.S. departments of Defense, Energy and Homeland Security, as well as corporate research projects that need to avoid the prying eyes of rivals foreign and domestic.

From a distance, the building looks like a big black bunker. MSU hopes it will become a bright spark igniting millions of dollars in research spending by the federal government and private industry, kindling job opportunities for students and jumpstarting companies to grow Montana’s economy.

Dave Weide is in charge of controlled research and making sure the building is secure. He is also a 27-year Air Force veteran, combat veteran and MSU’s Air Force ROTC director.

“We know research makes a difference,” Weide said. “Research saves lives…. It’s good for the university, Bozeman and the state of Montana.”

A lot is riding on the new lab building, yet it is still not finished more than a year behind when MSU originally told the Board of Regents it would be done.

If construction of $91 million Gallatin High School were a year late, heads would likely roll. MSU officials deny anything is amiss at the ARL or that recent leadership changes reflect any problems.

Weide said he expects the 20,000-square-foot building to be turned over by the contractor by Jan. 24 — just 24 days past the completion date he’s been using for many months.

“For a $17 million project, that’s not too bad,” said Jason Carter, MSU’s new vice president for research, who started in September.

Carter said his predecessor, Renee Reijo Pera, and former ARL director Justin Cook, who still works as executive director of the MSU Innovation Campus and as MSU’s part-time export controls director, did “an amazing job to get where we are today.”

Reijo Pera once told the regents that MSU did $20 million in national security work in one year and there’s potential for MSU to go after up to $100 million in such research grants.

There have been no cost overruns, Carter said. MSU has the Board of Regents’ approval to lease the building from the MSU Innovation Campus, the for-profit subsidiary of the nonprofit MSU Alumni Foundation, which owns the land.

The lease will cost MSU $1.7 million a year plus $300,000 for operations for 10 years, which Carter plans to cover with research grant overhead dollars. No state taxpayer or student tuition dollars will be used.

Weide, Carter and Miller gave a tour this week of the building, starting at the glass-walled reception and conference room area where the public will be welcome. But beyond that will be locked doors and eight low-security and five high-security lab spaces where no one will be allowed without a security badge.

A team from the Defense Counterintelligence and Security Agency from Washington state will inspect the building in February and check everything from security cameras to data encryption. The agency must approve security measures and award accreditation.

Then the ARL will need tenants. Tenants aren’t signed up yet, but several are interested, including Bozeman’s S2 Corp., Carter said. Miller said he has been talking with potential tenants, including the MSU alum who heads defense contractor Raytheon Missile Systems.

“I see this as an outstanding opportunity for MSU and the state of Montana,” Miller said. “Great research goes on here” and classified research is “a natural extension.”

A lot of defense contractors have already hired MSU students and they want more, Miller said. Many companies have aging workforces and expect up to 40% of their skilled employees to retire in the next few years, he said. So students who work in the ARL and get their security clearances before graduation will have an advantage when they enter the workforce.

“Industry will grab them right up,” Miller said.

Innovation Campus Partners, a Big Sky company that’s building the lab building, will own it for 10 years. Then it will revert to the MSU Innovation Campus, which will lease it to MSU for $1 a year for 89 years, Carter said.

MSU is hoping that this second shot at creating an advanced technology park will be more successful than the first attempt, started in the 1980s. It had some success as a business incubator tied to university research, but struggled in an era before internet access and excellent direct flights to and from Bozeman, and today operates more like a business office park.

Tracy Ellig, MSU spokesman, said the new lab will be the cornerstone for attracting development of more labs and business on the 42-acre MSU Innovation Campus.

“We’re creating a seed for a larger ecosystem of development,” Ellig said. This is a totally different than the old model of “if you build it, they will come,” he said. The cost of rent was often deemed too high for startups at the old tech park. Rent costs will “take a back seat to the research relationships,” Ellig said.

“We’re very confident in where the facility is at and the momentum it will bring to our campus,” Carter said.

Bozeman masters swim meet to host competitors of all ages