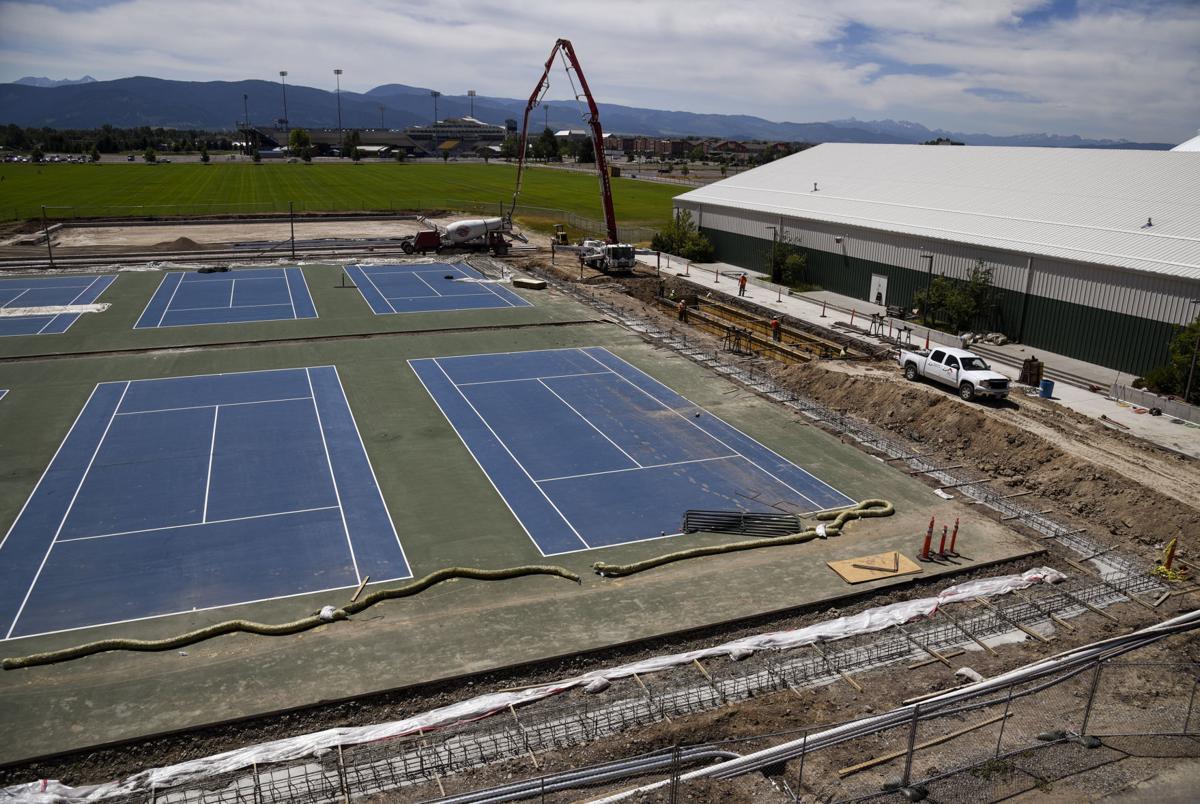 Concrete is poured for the foundation of the temporary gym on Friday at Montana State. 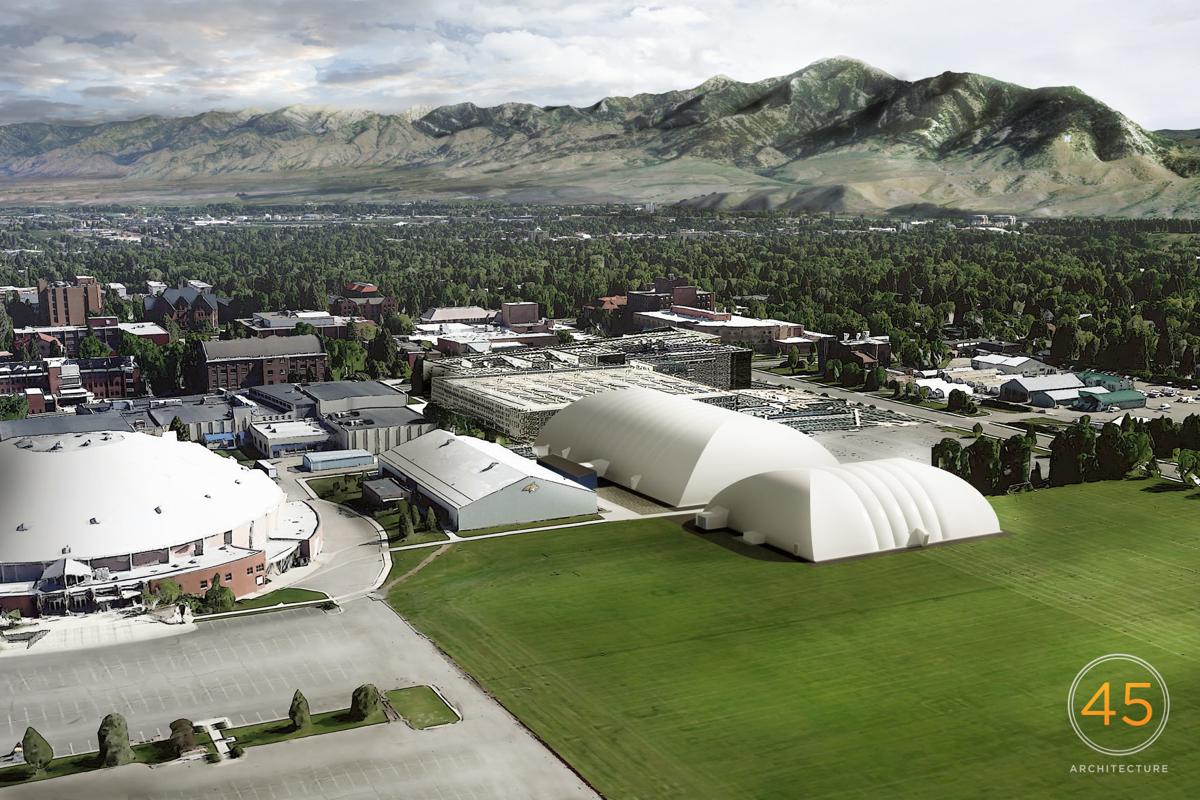 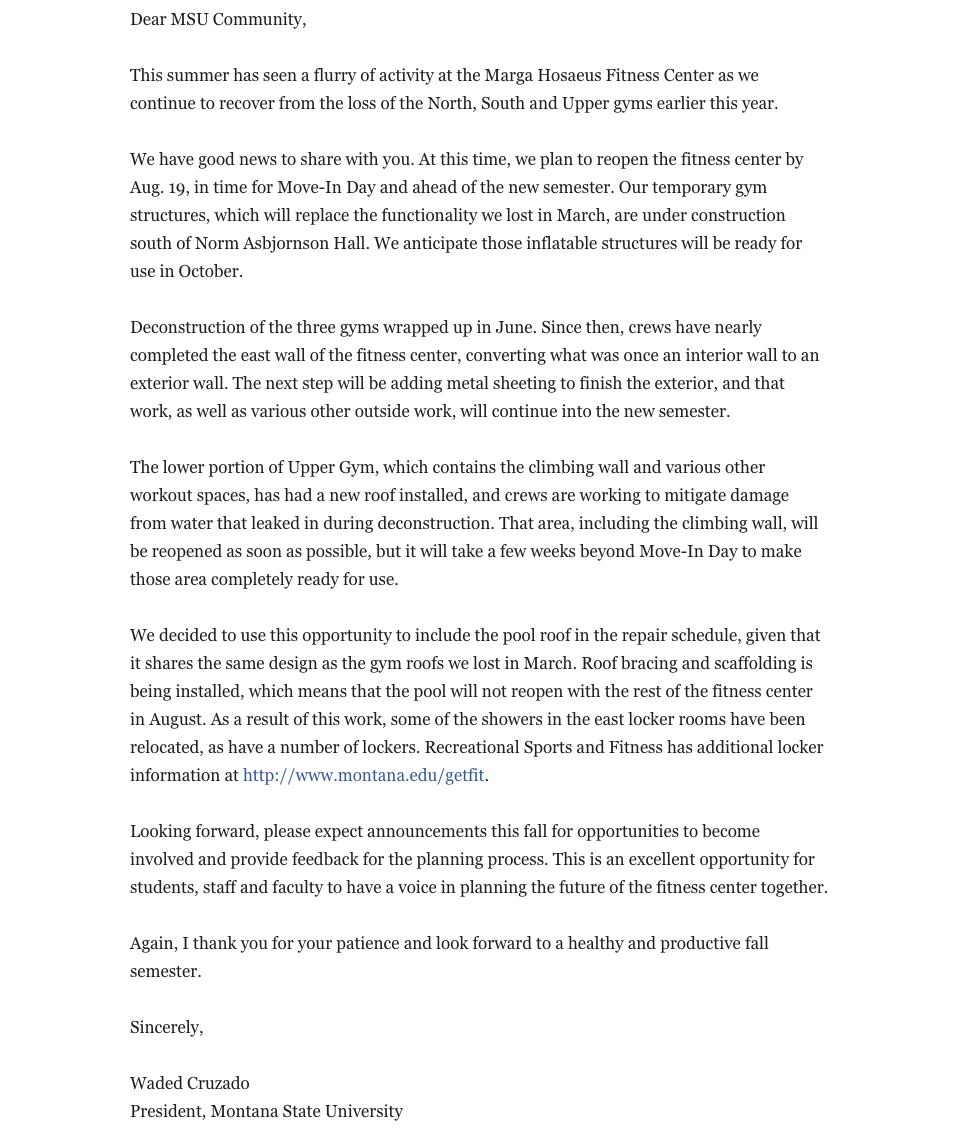 Concrete is poured for the foundation of the temporary gym on Friday at Montana State.

Dozens of construction workers are hustling to install temporary basketball courts at Montana State University and get the main fitness center ready for students’ return in three weeks, all part of a major effort to replace two gyms lost last winter when the roofs collapsed in record snowfall.

MSU’s insurance companies have paid out about $2.5 million for the work so far and the final total is likely to be “considerably more,” Dan Stevenson, associate vice president for university services, said during a tour of the construction area Monday.

Two 1973-era gyms stood there for more than 40 years — until March 7 and 9, when the roofs caved in under tons of snow. No one was injured.

After the roofs collapsed, MSU closed even the 2008-built, modern expansion of the fitness center. Weights, cardio equipment and spinning bikes were moved into temporary quarters in Shroyer Gym, Romney Hall and Norm Asbjornson Hall.

The top priority now is to get the fitness center reopened for students, whose Move-In Day into the dorms is Aug. 21. This week crews will start moving that gym equipment back and cleaners will remove dirt and debris from the roof collapse to prepare for students’ return, said Michael Becker, MSU spokesman.

“There’s going to be an incredible push between now and then to make it happen,” Stevenson said.

Students will be able to use almost all the fitness center’s facilities. One exception is the swimming pool — engineers want to open and inspect its roof, which is similar to those that collapsed, before letting swimmers return.

Also closed for a while will be the climbing wall area on the east edge of the fitness center, along with racquetball courts and studios used for martial arts, boxing, cross-fit and other sports.

Those are located in the lower half of a building called the “upper gym” because it used to stand a little taller than the North and South Gyms, now demolished. The upper half of the upper gym was also demolished because the structure was compromised, Stevenson said.

But the lower half housed the popular new climbing wall and other facilities that students really wanted to save, he said, as well as the main electrical breaker box. That lower half of the building, deemed structurally sound, now has a new roof. That area should reopen later in the fall.

The east wall of the fitness center is now solid black with waterproofing material, and that will soon be covered by a metal panel to turn the interior wall into an exterior wall.

Meanwhile, crews are excavating around the tennis courts to put in concrete foundations for the two bubble buildings. They will be used for basketball, volleyball and many other sports. The floor of the larger bubble building will be resilient material and the smaller building will have a wooden floor.

The bubbles will arrive Aug. 15 but won’t be ready to open until around Oct. 1, Stevenson said.

“The companies were busy before this happened,” Stevenson said. “We’re very grateful to them for the responsiveness of all the contractors and subcontractors.”

Student government leaders have been involved in all the decision-making, Stevenson said. “It’s the students’ building. They’re the primary constituents, stakeholders, in saying how things will happen.”

Just how much the work will cost finally and how much insurance companies will pay is in the early stages of negotiations, he said. MSU is working with McLarens as an independent, third-party administrator to help work out solutions.

“It’s incredible,” Stevenson said of the complex project. He said he has been involved in designing and constructing buildings for 27 years and “this is as impressive an effort as I’ve seen.” Everyone from the building contractors and suppliers to university officials has been supportive, he said. “It’s been quite a thing to be part of.

“I’m not sure I ever want to do it again,” he added with a laugh.