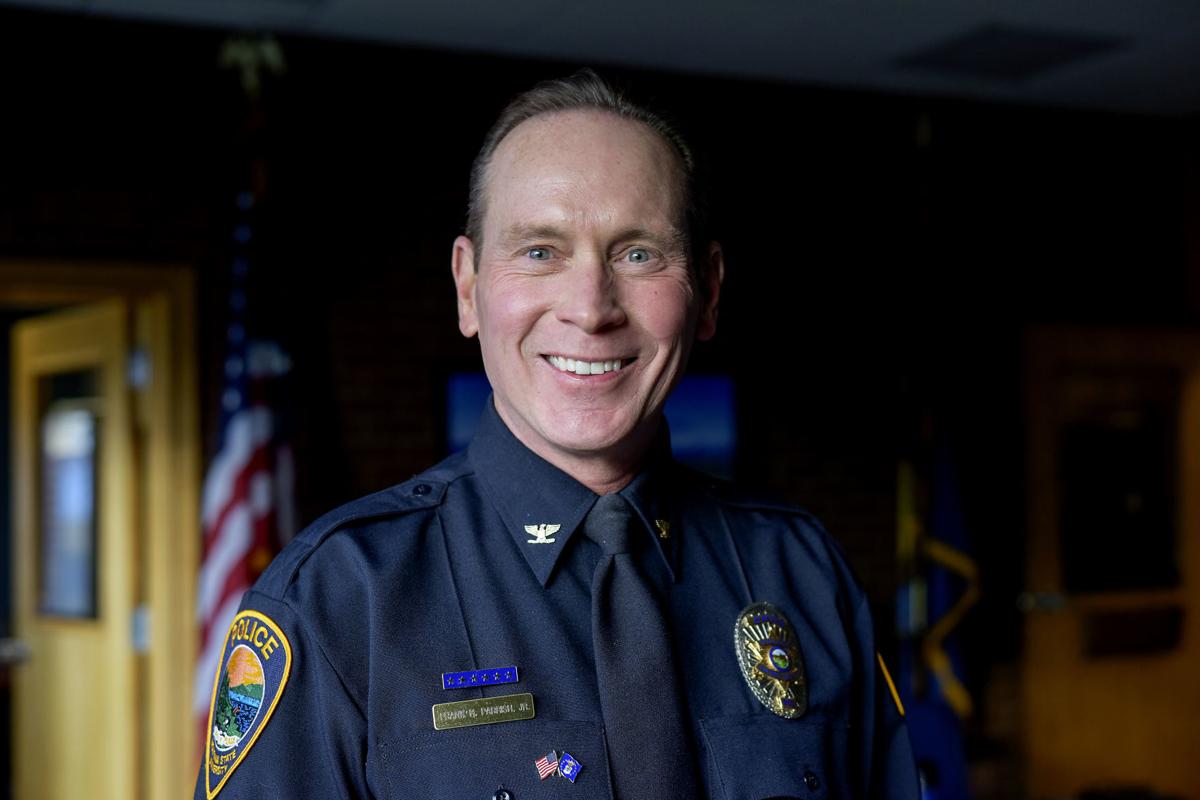 Montana State University Police Chief Frank Parrish poses for a photo outside his office on Monday. Parrish will retire in May. 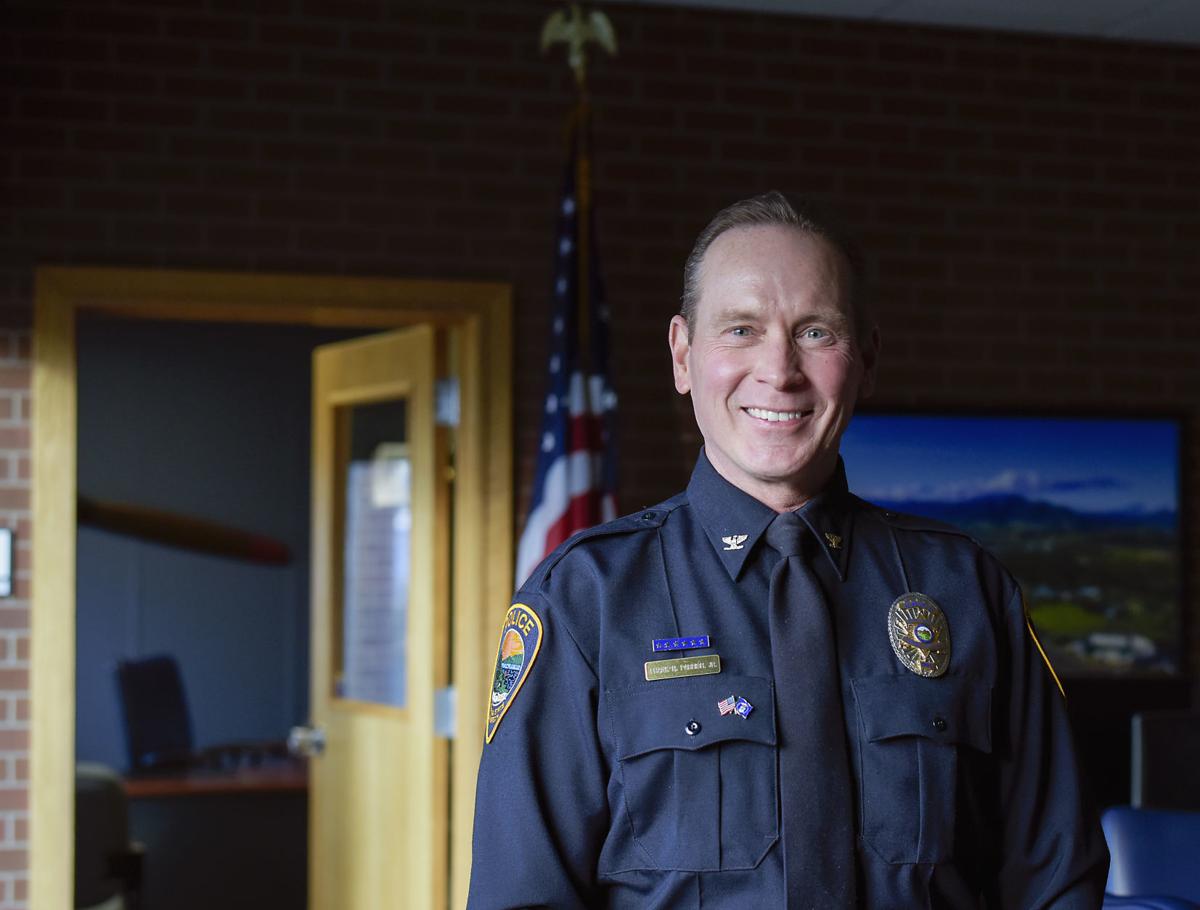 Montana State University Police Chief Frank Parrish poses for a photo outside his office on Monday. 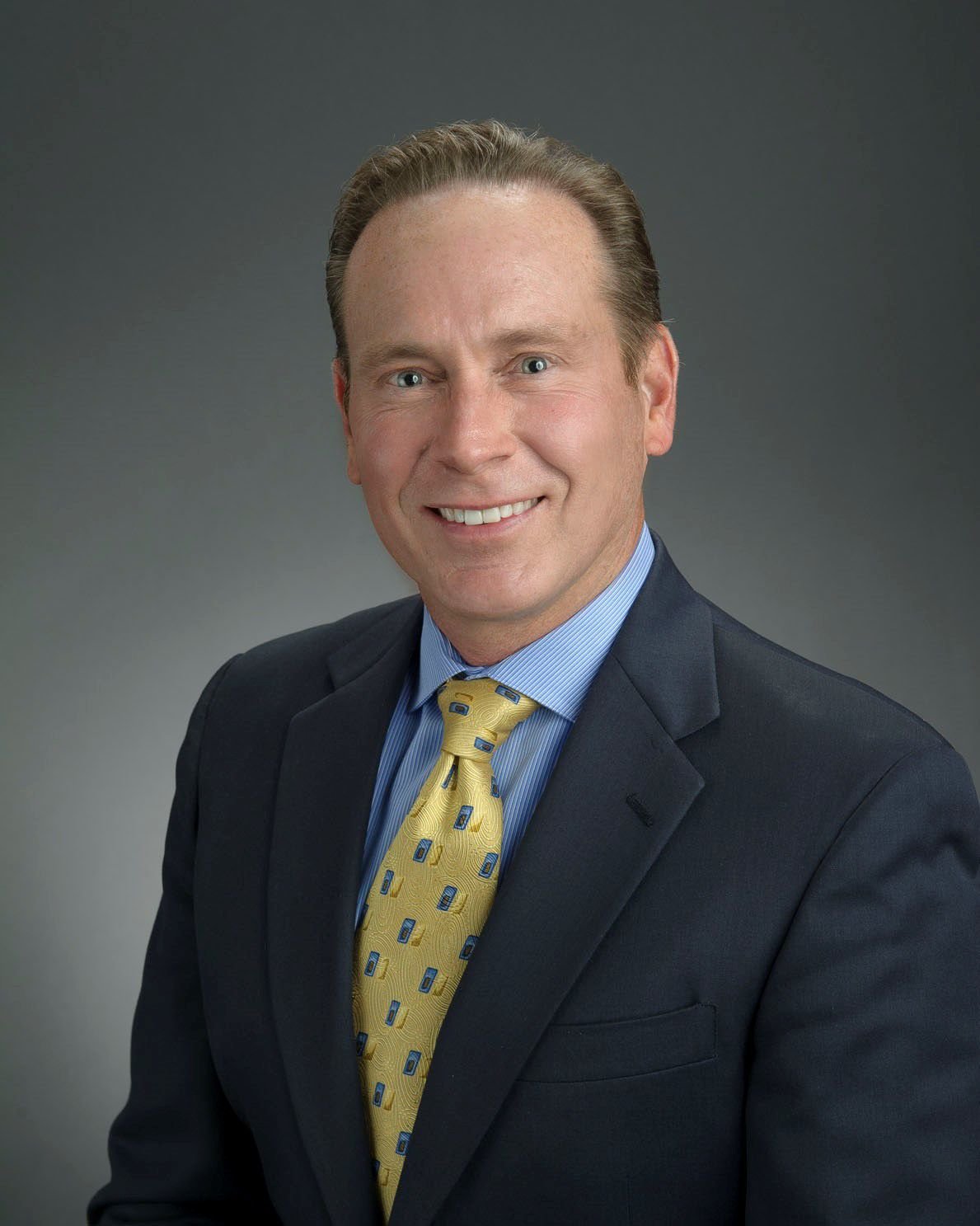 Montana State University Police Chief Frank Parrish poses for a photo outside his office on Monday. Parrish will retire in May.

Montana State University Police Chief Frank Parrish poses for a photo outside his office on Monday.

Montana State University Police Chief Frank Parrish said his greatest accomplishment in his role is building relationships with people and other departments.

After three years in the job, Parrish, 56, plans to retire at the end of May. He said he leaves with mixed emotions after growing fond of the college and the people involved in it.

“I was excited to put in my letter of resignation, and it was also sad,” Parrish said.

Michael Becker, university spokesman, said Parrish has done an outstanding job during his time at the university. He said that Parrish would work with the new police chief to ensure a smooth transition.

Becker said that the early notice gives school officials enough time to do a national recruitment that is tentatively scheduled to start in December. He said that a seven-member search committee would form later this month with the hopes of doing interviews in February and announcing a new police chief sometime in March.

Parrish, a U.S. Air Force veteran, began his policing career in California in 1981 and joined the highway patrol there in 1990. In 2013, he retired from the patrol. Parrish then worked as a special consultant with the California Health and Human Services Agency to develop an oversight office that rebuilt 10 police departments.

In 2016, he came to MSU as an assistant police chief and took over as the chief a year later. Parrish said he fell in love with the faculty, staff and students during his service.

Parrish felt his past experience of working in a bigger agency could help put the university in a better place. He sought to strengthen the people, policy, supervision, training and discipline within the department.

Parrish said he didn’t accomplish those things alone and credits relationships with other agencies for the police department’s success.

He said students helped write the department’s mission statement, the Gallatin County Sheriff’s Office allowed MSU to use its dispatch services, Bozeman Police Department worked with MSU to create a special victims unit and the Bozeman Fire Department helped with sporting events, among others. That was possible because those agencies didn’t let “boundaries” or “jurisdictions” define the work they do, Parrish said.

“The more united we are, the stronger we are and the better service we provide to our citizens,” he said.

Parrish said he thinks law enforcement could learn a lot from communities they’re policing, rather than saying, “here’s what we’re going to do for you.” He said that level of communication is lacking in a lot of departments across the country and leads to conflict.

“I want the community to say, ‘here’s what we expect from you,’ and that’s what we’ve done here,” Parrish said.

Asked what’s next, Parrish said him and his wife are living in an AirBnB after selling their home. He said they’ll travel the country in a trailer after he is done with work. Parrish said he wanted to dedicate time to his wife, spend more time with his 13 grandkids and explore the outdoors some more.

All his kids have flown the coop, Parrish said, so he and his wife are going to “let loose and just go and have complete freedom.”

“But I’m not done — I’m just waiting for God to open up the right door and see where it leads,” he said.

One thing that weighs heavy on his heart is school shootings, and is the reason why Parrish implemented training and policies in case that happens at MSU. He said one path after retirement could be making campus policies to evaluate risk and protect students without overwhelming them with law enforcement presence.

“I think that’s something that I could wrap my heart around and really go forward,” Parrish said.

“That’s something that I’m putting in the back of mind as a path, but I’m also going out on faith and seeing where it leads me.”