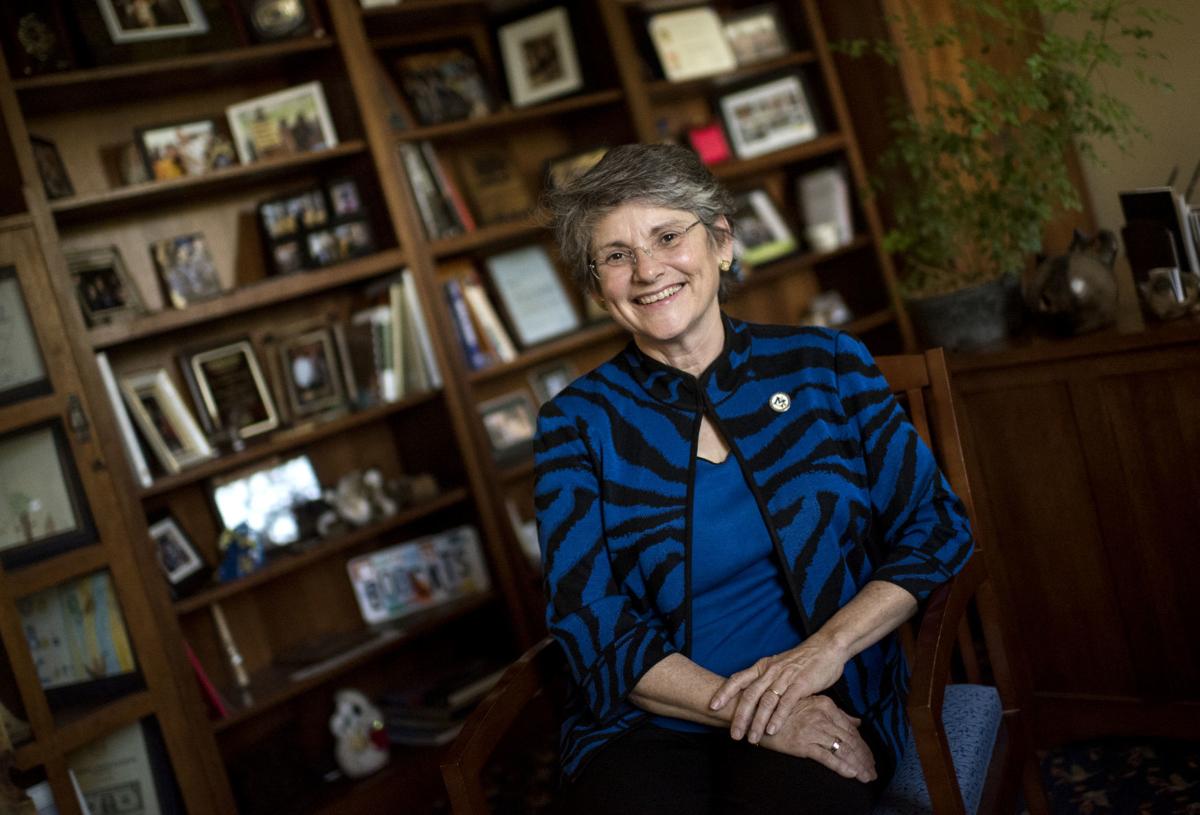 Montana State President Waded Cruzado poses for a photo in her office on August 7, 2019, in Montana Hall.

Montana State President Waded Cruzado poses for a photo in her office on August 7, 2019, in Montana Hall.

Critics called it ridiculous and out-of-line with ordinary Montanans’ wages. Supporters said it was a smart move to keep a successful leader from leaving for a bigger offer at a larger school.

“She is worth every penny of it,” state Sen. Duane Ankney, a Colstrip Republican, wrote on Facebook.

But Sam Roux, a mechanical engineering student, objected to awarding a $150,000 raise when the median Montana household earns around $53,000.

Roux spoke Friday to the Board of Regents, meeting at MSU, before they voted unanimously to approve Cruzado’s raise.

He also quoted a fellow student asking whether the duties of MSU’s president are so strenuous that it should pay more than the $400,000 salary for the president of the United States.

Clay Christian, commissioner of higher education, urged the regents to approve the raise, saying Cruzado had an even larger offer from another, unnamed university. Christian argued the raise was fiscally responsible because it would avoid the time and expense of conducting a national search for a replacement, while allowing Cruzado to continue the “momentum” she has created on the Bozeman campus.

Even with the hefty raise, Cruzado is still one of the lowest paid presidents among the 131 schools with Carnegie I status as top research universities, he argued.

“We have to be competitive in the national and international market,” Christian said.

Kevin McRae, deputy commissioner, said the average salary at public doctoral research universities is around $492,000. The reactions he heard from around the state were “overwhelmingly supportive,” McRae said.

Cruzado said she felt honored to be offered the raise, and she plans to stay at MSU. She declined to name the campus that wanted to hire her.

Tracy Ellig, MSU spokesman, had no comment on a news story from Oregon State University student newspaper, The Daily Barometer, which reported Monday that trustees there had just made an offer to one of four finalists for the president’s job. The president retiring there had a base pay last year of $643,874, according to the Chronicle of Higher Education survey.

Yet comments on social media focused on the struggles of ordinary workers.

“Maybe they could afford to pay the adjunct professors and other laborers a living wage FIRST,” one reader wrote on the Bozeman Chronicle’s Facebook page.

“MSU employees are for the most part are grossly underpaid and this is a slap in the face to a majority of the employees struggling to make it,” another wrote.

Two classified MSU employees spoke to the regents, warning that some workers are paid less than $11 an hour, vacancies are hard to fill, and many people have had to leave because they can’t afford to live in Bozeman.

“We care about our wages for all, including those at the low end,” McRae said. In past years the University System has boosted starting pay for hard-to-fill jobs, like boiler operators, custodians, bakers and university police, he said.

In January all Montana University System employees will get raises of 2% or 50-cents an hour, whichever is great. That means everybody making less than $50,000 will get more than a 2% hike, he said.

Cruzado, in her 10th year as president, welcomed the regents Thursday with a review of MSU’s achievements. Regents Chair Casey Lozar called the presentation fantastic and quipped that you could highlight the highlights of all her highlights.

Under Cruzado, MSU’s student enrollment has grown dramatically, to 16,766 students, while many U.S. and Montana colleges are struggling with falling enrollment.

MSU has awarded a record number of bachelor’s degrees, raised the graduation rate to 56.1%, lowered student debt $800 and hit a new record of $138 million in research spending. MSU created the Hilleman Scholars program for talented students who might not otherwise go to college and helped ace students win enough Goldwater scholarships to rank among America’s top universities.

Cruzado has been a spectacular fundraiser, helping the MSU Foundation raise a record $413 million, and winning record donations from wealthy alumni, including $50 million for a new engineering building and $20 million for a new business college, while also raising $20 million to build an American Indian Hall.