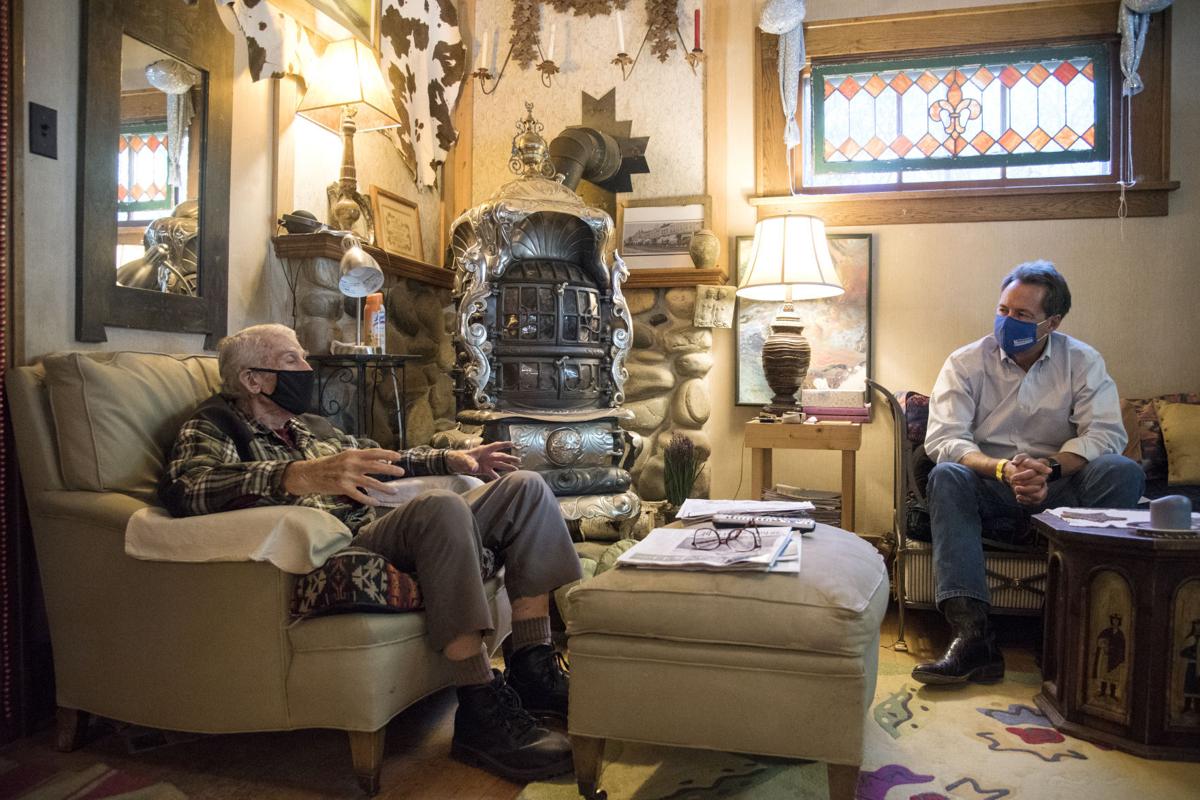 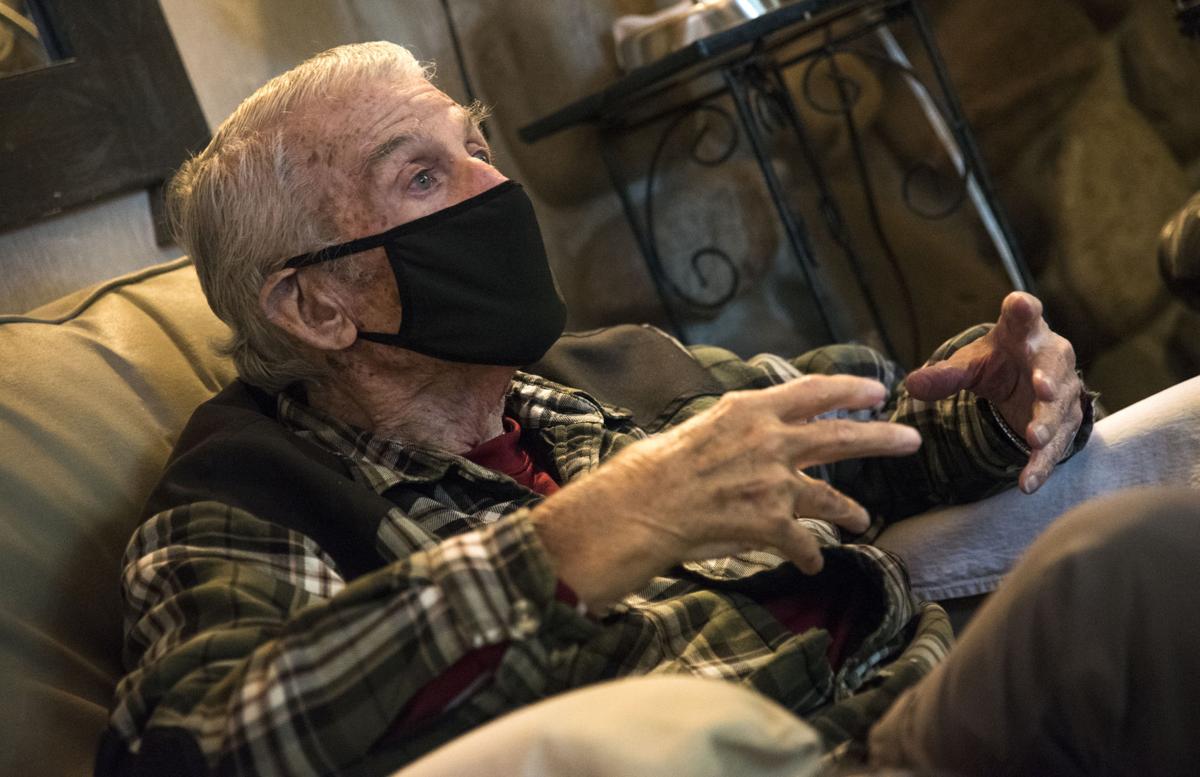 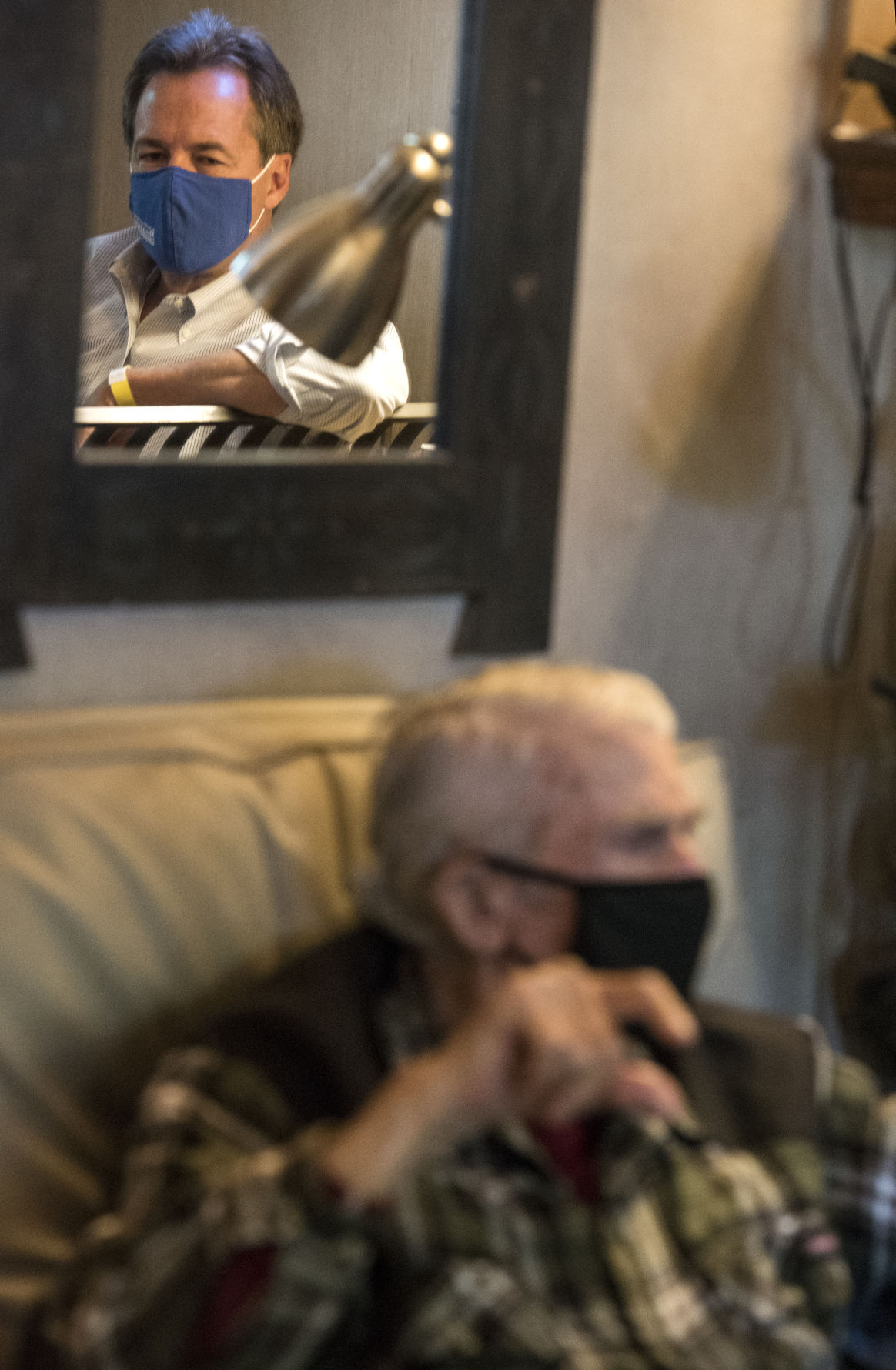 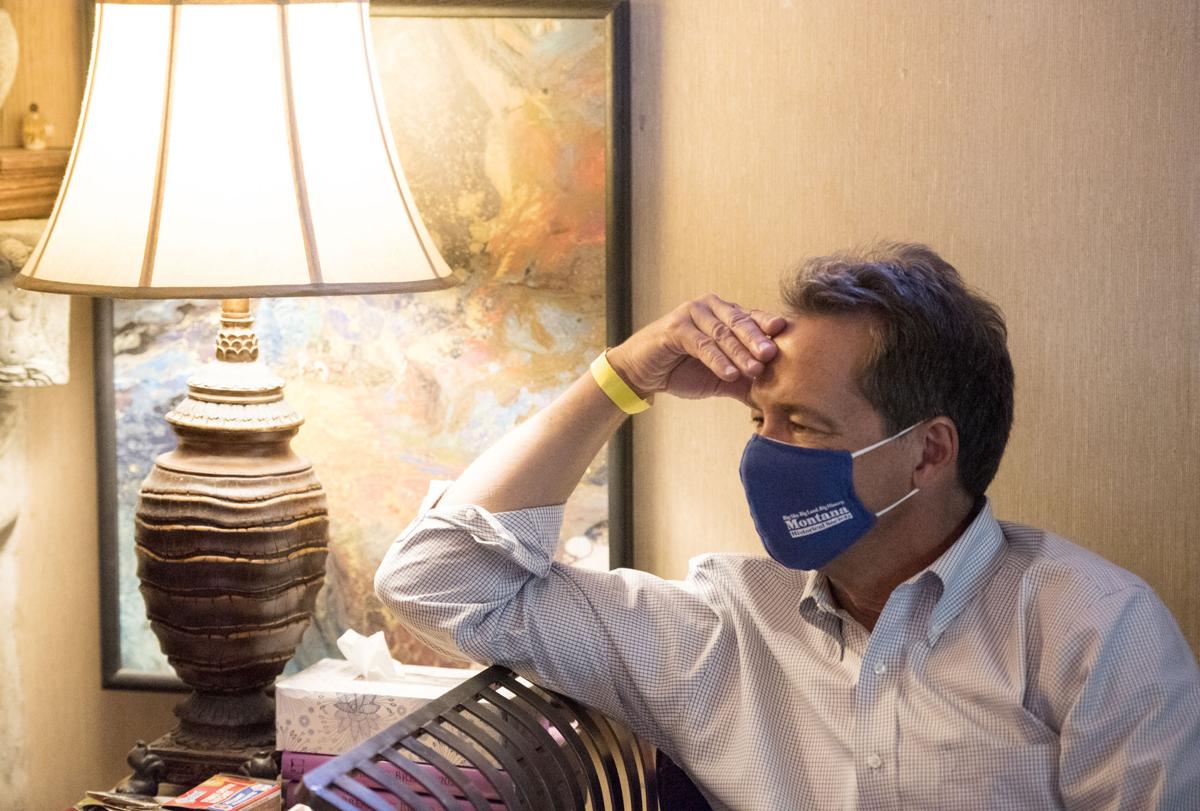 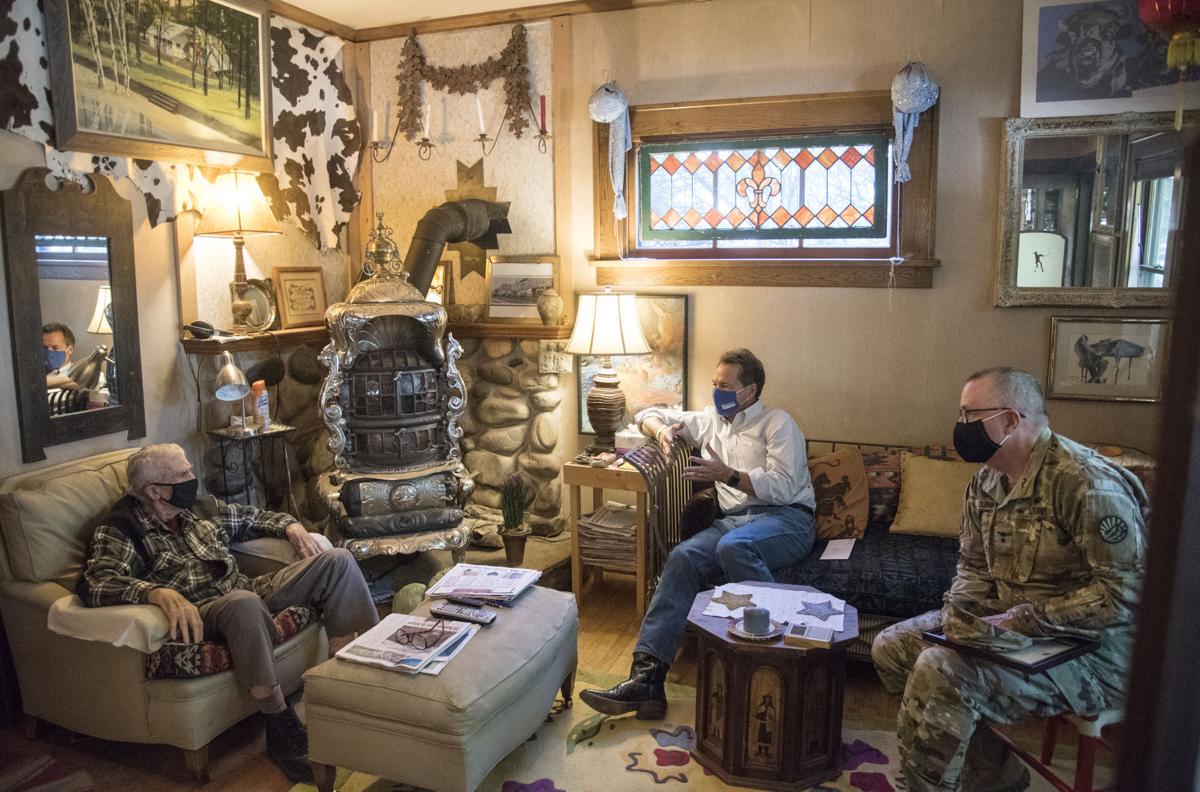 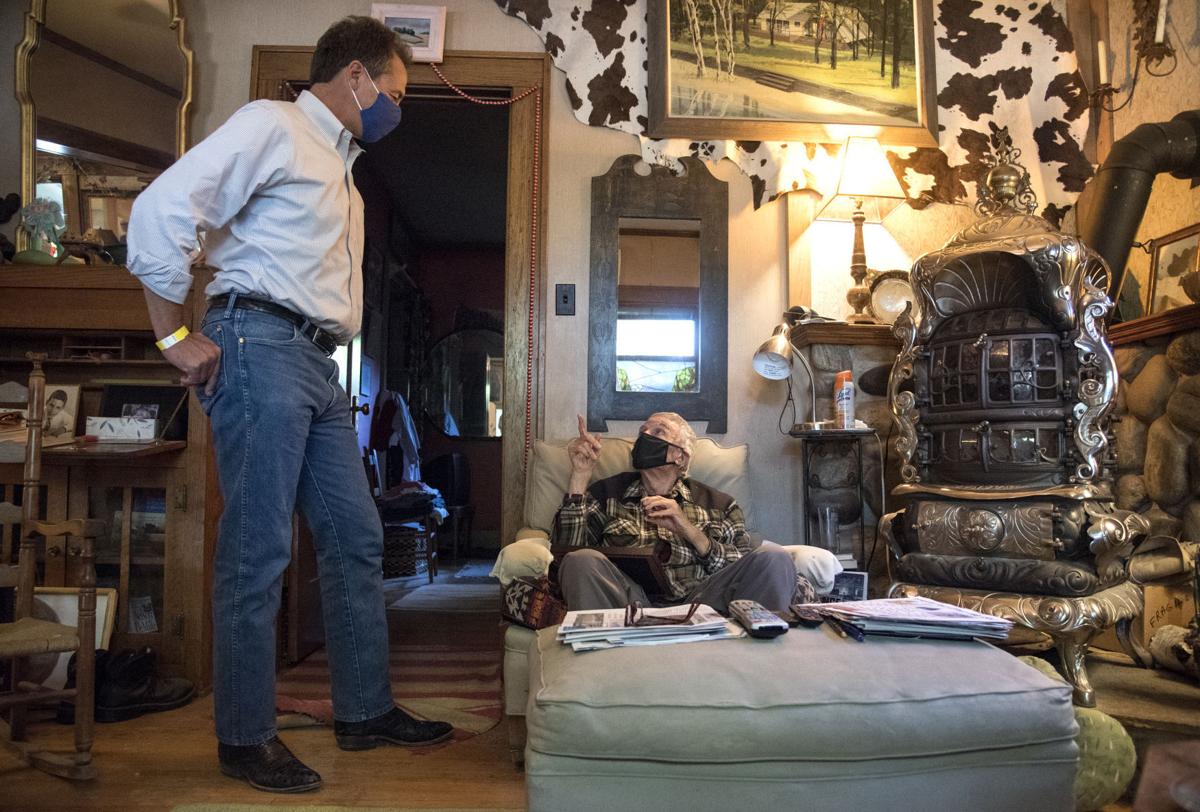 Tom Robinson, a 94-year-old former sharpshooter, remembers what he was told at basic training in Florida after he enlisted in the Army infantry in October 1944:

“When you finish basic training here, you will go directly to combat.”

At the time, Robinson hadn’t finished high school. He was soon dodging land mines on the front lines in Germany and France.

“It changed me completely,” Robinson said of the war. “It’s a miracle I survived.”

The World War II veteran who fought in the Battle of the Bulge told Gov. Steve Bullock stories from his years of service at his Bozeman home Wednesday afternoon.

Sandwiched between an ornate wood stove and a model sailing boat, Bullock and Maj. Gen. Matt Quinn listened intently to Robinson’s stories. Robinson’s house was Bullock’s last stop in Bozeman after getting a briefing about the Bridger Foothills fire.

Robinson said he would never forget triggering a land mine, which went off 10 to 15 feet in front of him. It killed a man on his left and on his right, but didn’t touch him.

After the explosion, medics dragged Robinson off to a nearby field hospital, he said. They asked him to walk toward a board to test his eyesight. Robinson walked into the board.

“Send this guy back to his unit. He can walk,” Robinson remembers the doctor said.

When the war ended, Robinson said he didn’t know it at first. He was in northern France, and remembered the town nearby filled with noise.

“In war, it was a complete and total lack of communication,” he said.

Though he’s grateful to be alive, Robinson said he’s concerned about where the country is headed.

“We’re totally divided, we don’t respect each other. I don’t know where we’re going,” he said.

“I’m no hero. I was just an 18-year-old out of high school like a lot of other people there,” Robinson said.

As young adults seed the spread of COVID-19, health messaging targets them