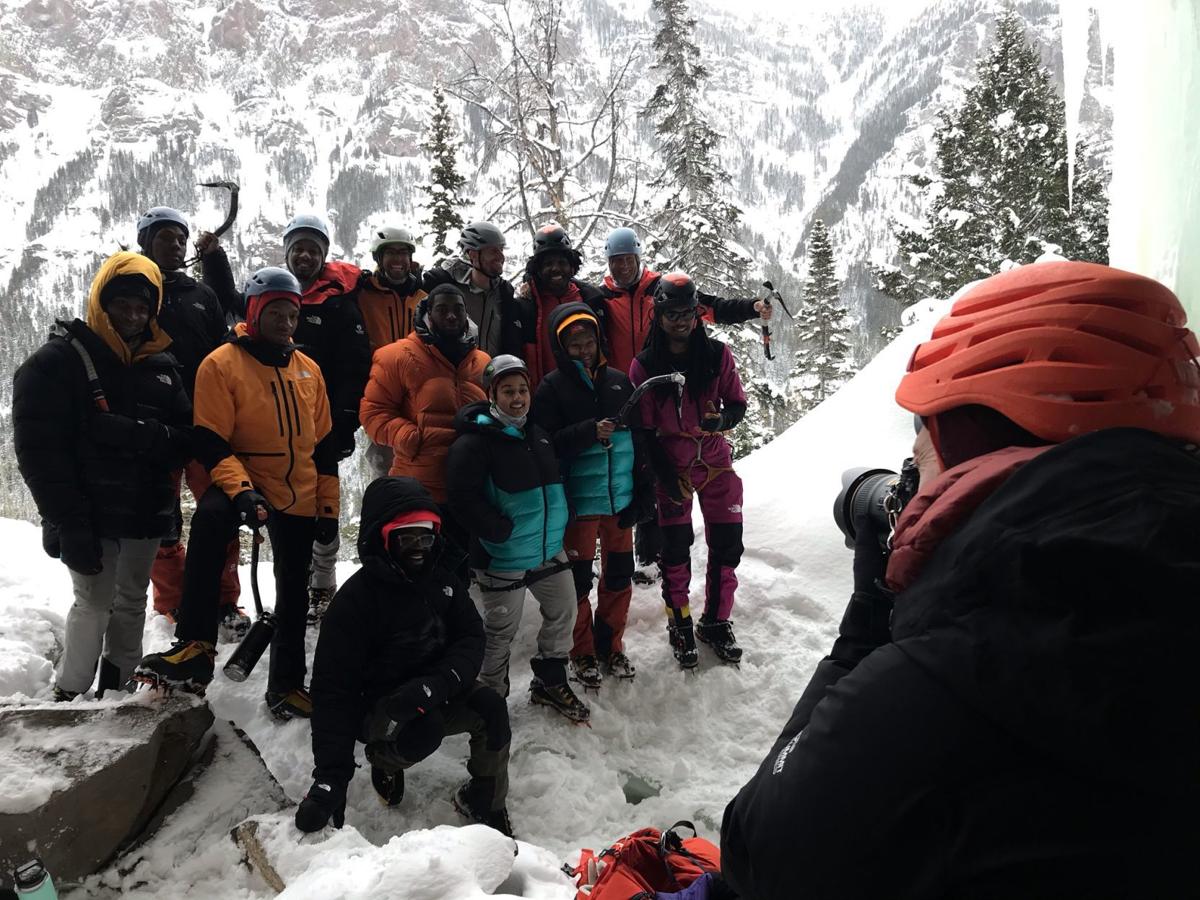 Climbers from Memphis Rox, a non-profit gym, pose for a photo during a trip to Hyalite Canyon with Conrad Anker. 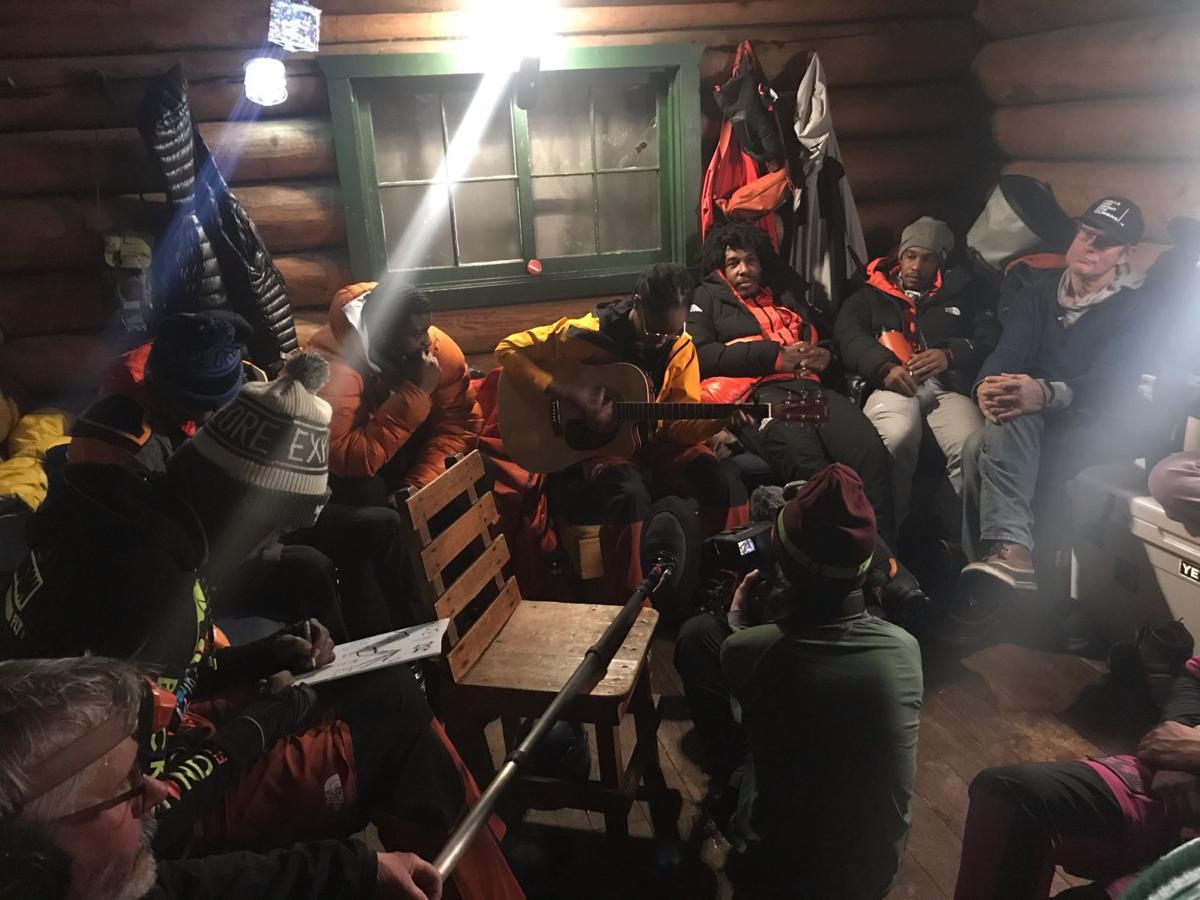 Climbers from Memphis Rox, a non-profit gym, gathered in the Window Rock cabin in Hyalite Canyon during an ice climbing trip with Conrad Anker. 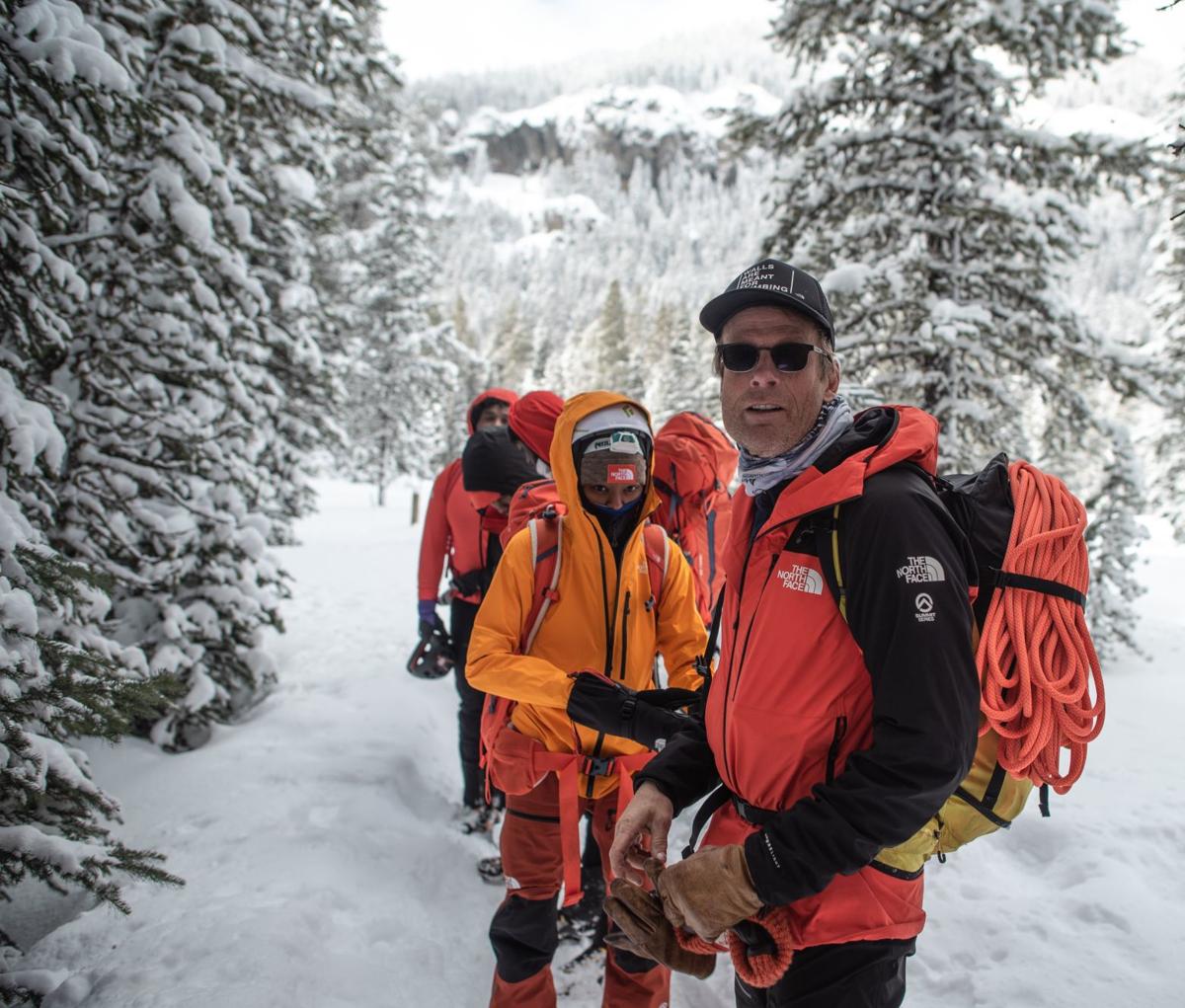 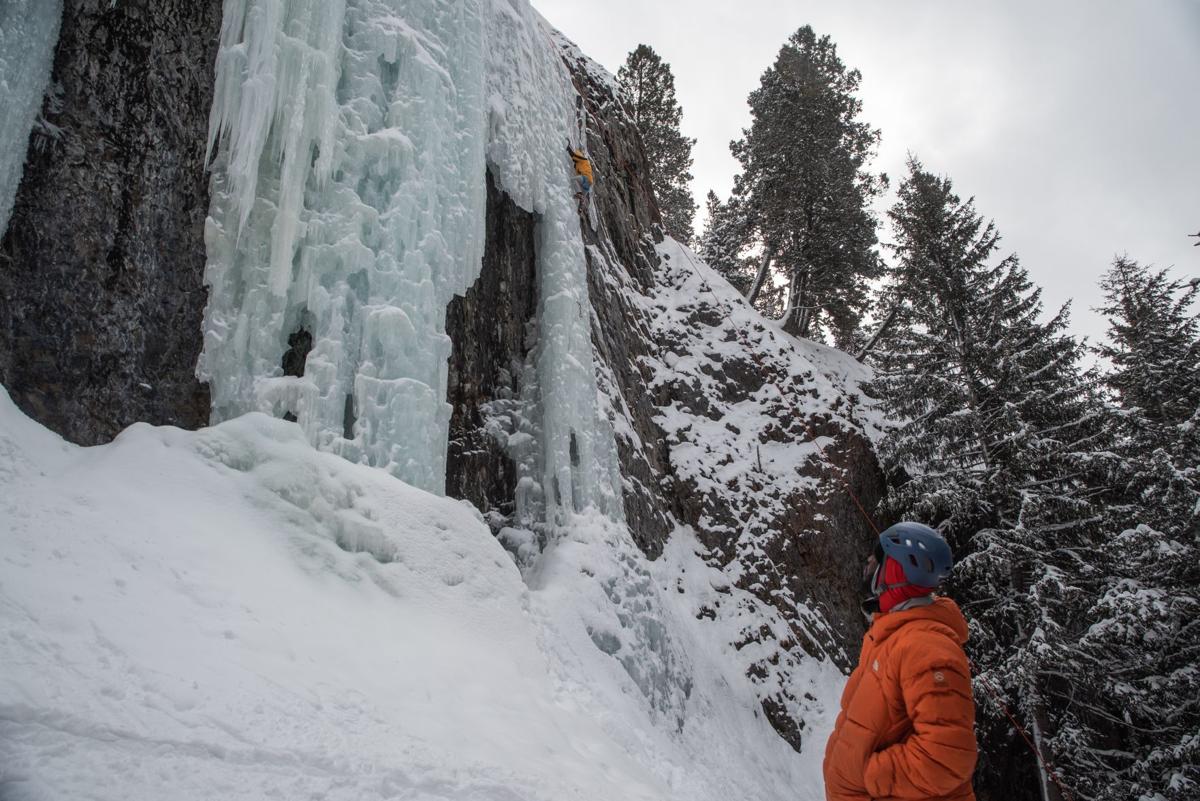 Climbers from Memphis Rox, a pay-what-you-can gym in Tennessee, visited Hyalite Canyon to ice climb with Conrad Anker. Their trip will be featured in a movie that will be screened as part of the Reel Rock Film Tour. 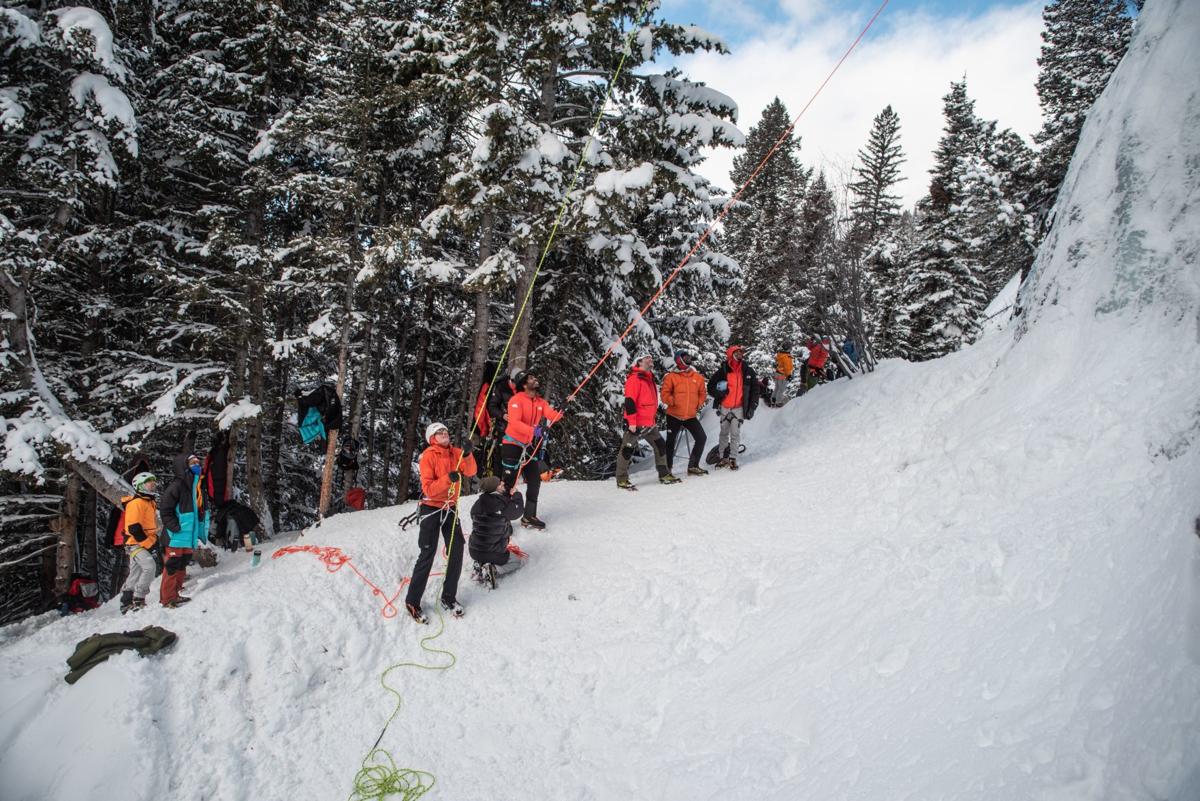 Memphis Rox climbers visited Hyalite Canyon to ice climb. For many of them, it was their first time trying the sport.

Climbers from Memphis Rox, a non-profit gym, pose for a photo during a trip to Hyalite Canyon with Conrad Anker.

Climbers from Memphis Rox, a non-profit gym, gathered in the Window Rock cabin in Hyalite Canyon during an ice climbing trip with Conrad Anker.

Climbers from Memphis Rox, a pay-what-you-can gym in Tennessee, visited Hyalite Canyon to ice climb with Conrad Anker. Their trip will be featured in a movie that will be screened as part of the Reel Rock Film Tour.

Memphis Rox climbers visited Hyalite Canyon to ice climb. For many of them, it was their first time trying the sport.

When a group of rock climbers from Memphis, Tennessee, stepped off a plane in Bozeman last Sunday, they didn’t know what to expect — except that it would be cold and snowy.

By the time they returned to town on Thursday, they had camped in tents despite the temperature dipping below zero and had their expectations exceeded.

The group spent the week ice climbing with Conrad Anker in Hyalite Canyon and will be featured in a movie that will likely be screened at the Reel Rock Film Tour this fall.

The climbers, who are all part of Memphis Rox, a nonprofit, pay-what-you-can gym, learned about ice climbing techniques and equipment at the popular Genesis I route near the Grotto Falls parking lot and hiked to Bingo Cave and Unnamed Wall.

“I’m always open to challenges and new experiences,” said Malik Martin, one of the climbers. “Even though it’s something I had never done and it’s challenging to hike up to a summit and to tackle the snow and elevation, I feel great now that I have completed it … and all my toes are still there.”

Martin, a reporter, first heard about Memphis Rox when he went to the gym for an article. One thing led to another, and he became an employee.

“Climbing makes me face fear because I tell myself there is a difference between fear and danger,” he said. “You can acknowledge the danger in it, but fear is a useless emotion. Climbing makes me tuck that fear away to complete the routes.”

Memphis Rox began a few years ago when Tom Shadyac, a Hollywood director and a professor at LeMoyne-Owen College in Memphis purchased two large buildings. He turned one into a gym where people can rock climb, boulder and do yoga.

Champ Miller, an aspiring filmmaker and one of Shadyac’s students, joined Memphis Rox and around the same time reached out to Anker on Instagram to ask for an internship. The two parts of his life came together when he joined the ice-climbing trip to Hyalite this week with Memphis Rox while also serving as an intern for Reel Rock.

Throughout the trip, he also took photos and videos as part of a larger personal project documenting his life. On Thursday, as the Memphis Rox climbers gathered at Spire Climbing Center to organize their gear before heading back to Tennessee, Miller set his camera on a counter, capturing the final moments of the trip.

“I want to show people back home who say they can’t do things like this that it’s possible because I come from this small, small school inside of a really, really poor neighborhood, and I could do this,” Miller said.

Like Miller, Elisha Jewell found Memphis Rox through Shadyac and LeMoyne-Owen College, where she will graduate with a bachelor’s degree in music this spring. She described the trip to Hyalite Canyon as incredible.

She particularly enjoyed the hike to Unnamed Wall on Wednesday. She wasn’t sure she’d complete the challenging hike and had decided against climbing, but once she got to the wall, she went for it and had her best climb yet. On the way back to the group’s campsite, the bright stars stopped her in her tracks.

“It was like being in a snow globe,” she said.

Aerial Turner is a yoga instructor at Memphis Rox and climbs “just for fun,” but when asked if she wanted to join the trip to Bozeman, she jumped on board.

“We don’t have much outdoor climbing and no ice climbing in Memphis, so I wanted to take advantage of this once-in-a-lifetime opportunity,” she said.

In the end, Turner said she was glad she came and was able to embrace the outdoorsy, active parts of herself.

“This was eye-opening for me because a lot of the time in the black community we’re disconnected from our inherent ties to nature, so I think it was important for us to reconnect and to do so in such a beautiful place,” she said.

Anker, a long-time leader of the North Face climbing team and a Bozeman resident, got involved in the trip and film through North Face. He was among the instructors this week and said he enjoyed spending time with Memphis Rox climbers.

“This is about diversity, equity and inclusion, which is what climbing should be all about,” he said.