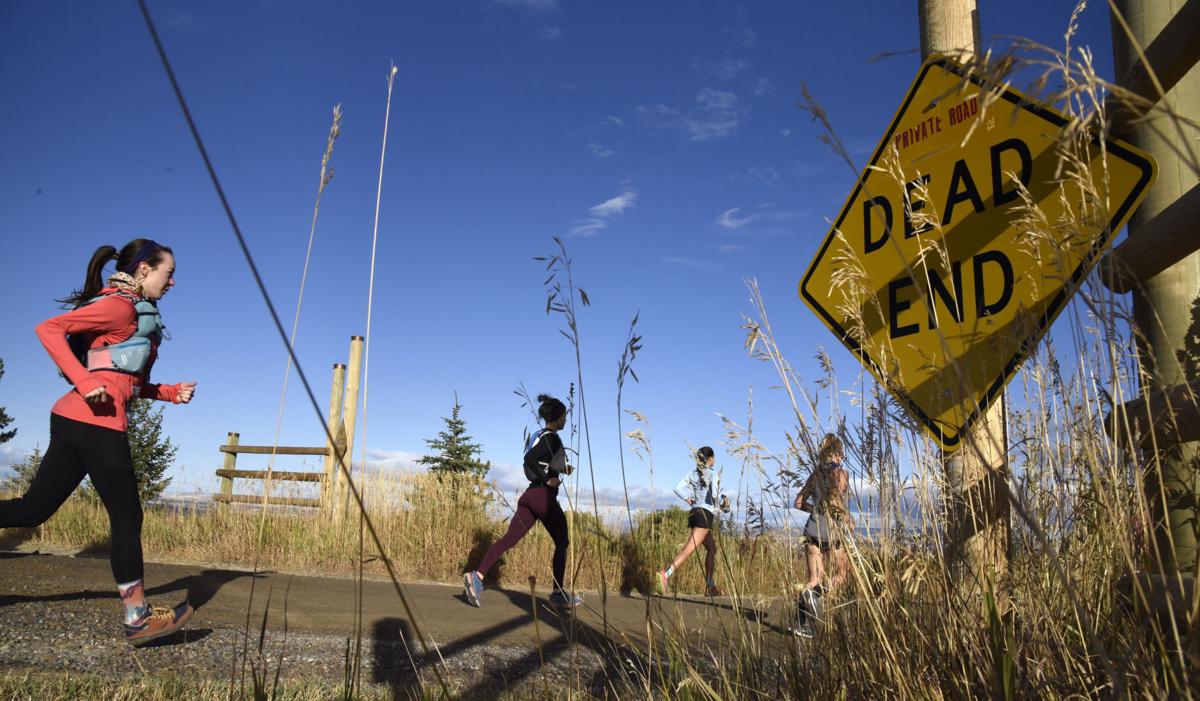 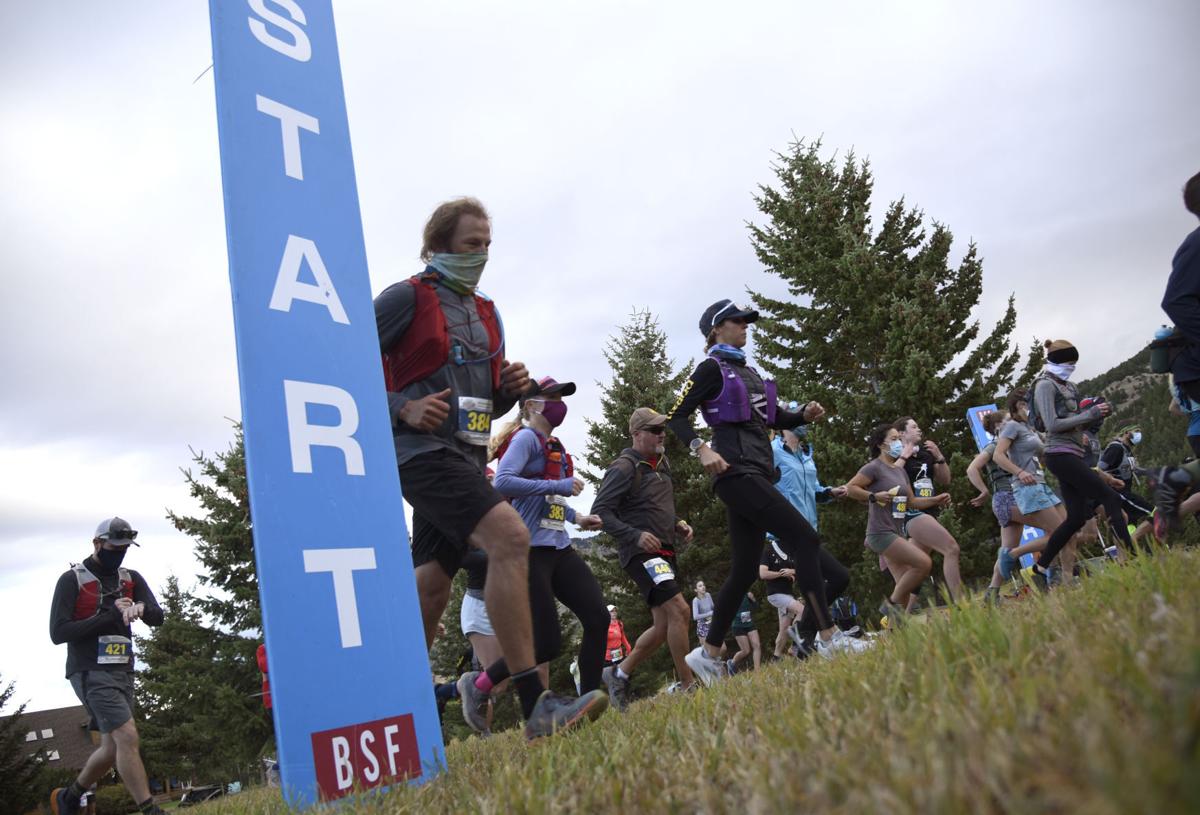 The first wave of runners takes off from the start line in the 27th annual Jim Bridger Trail Run on Saturday, Sept. 26, 2020, on Ptarmigan Road. 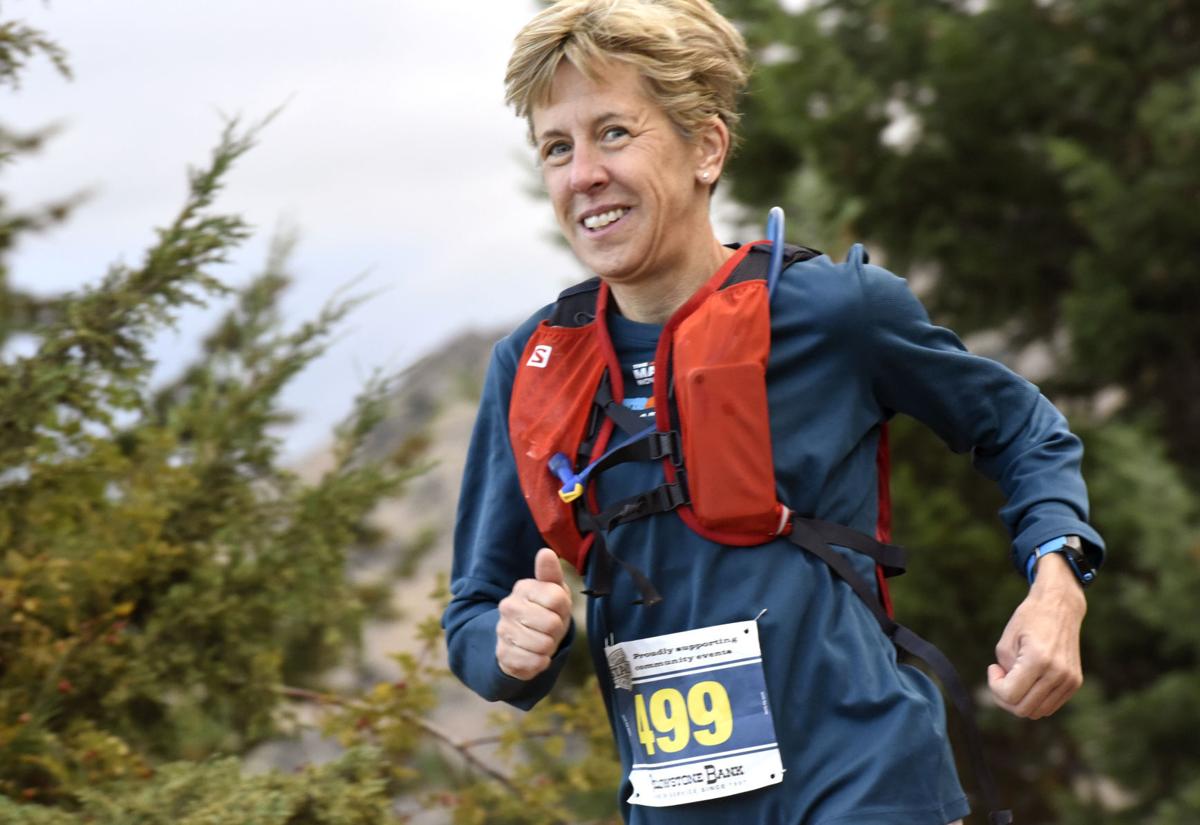 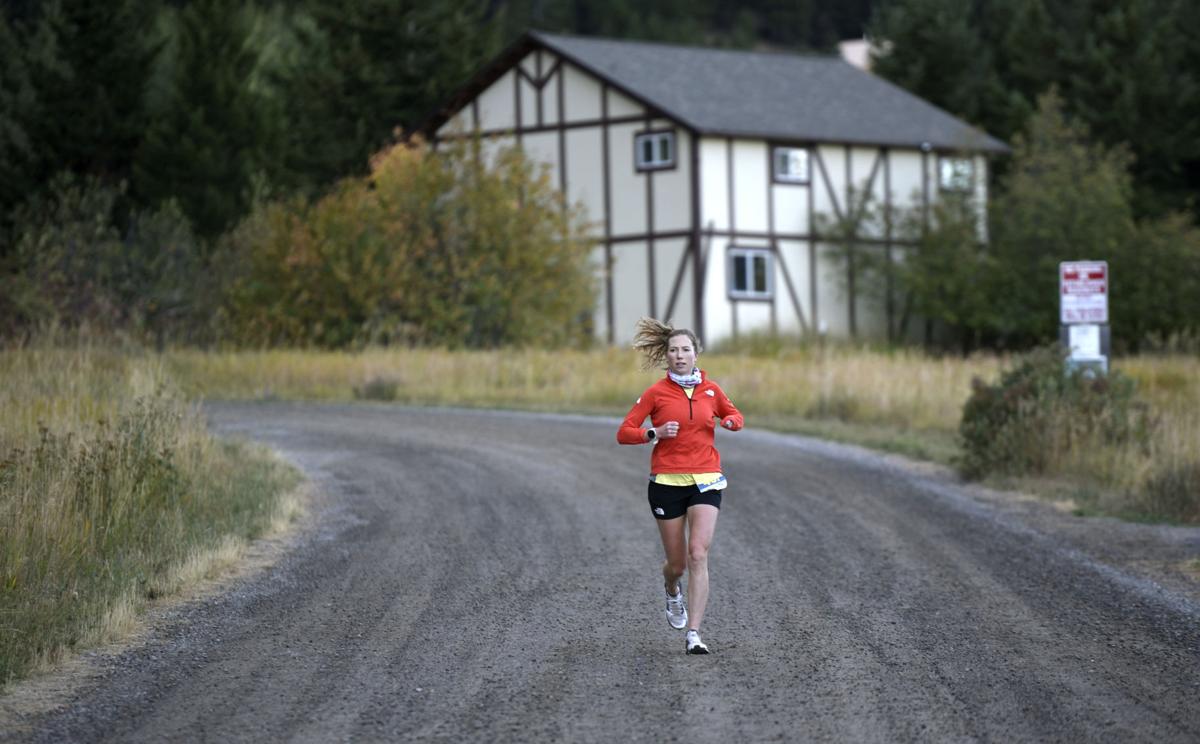 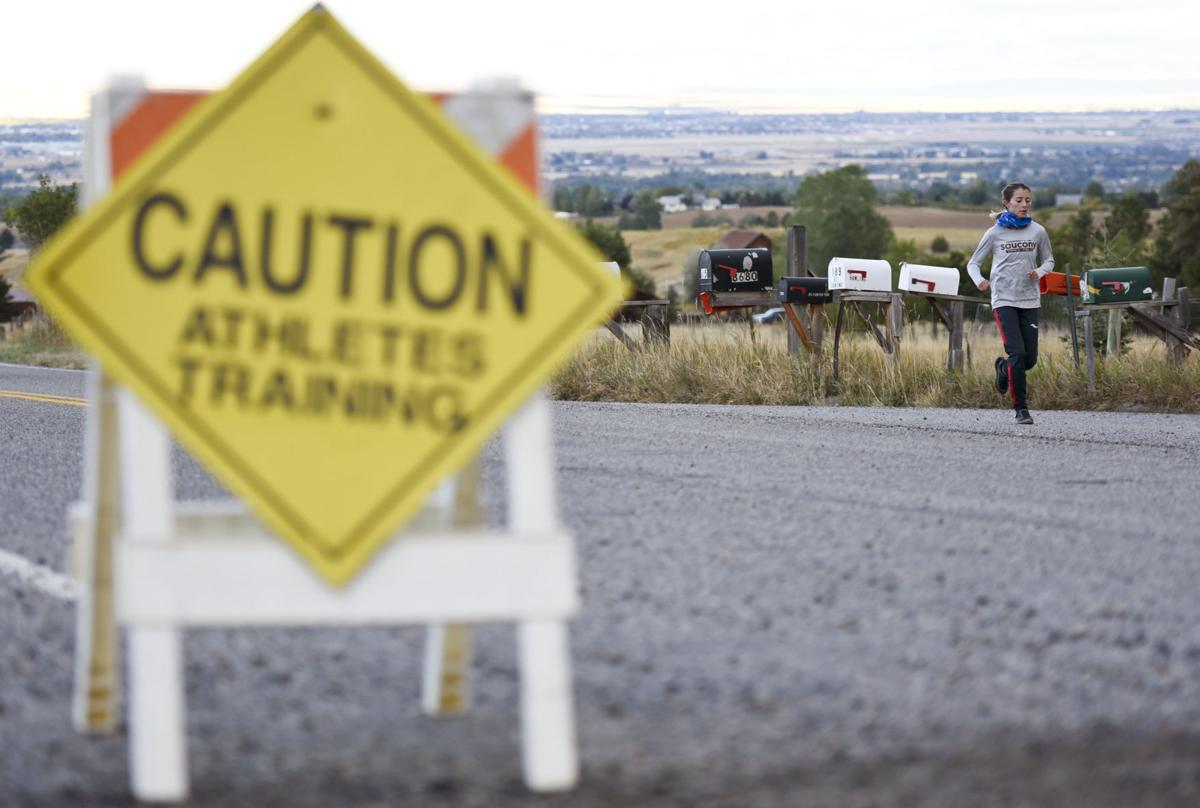 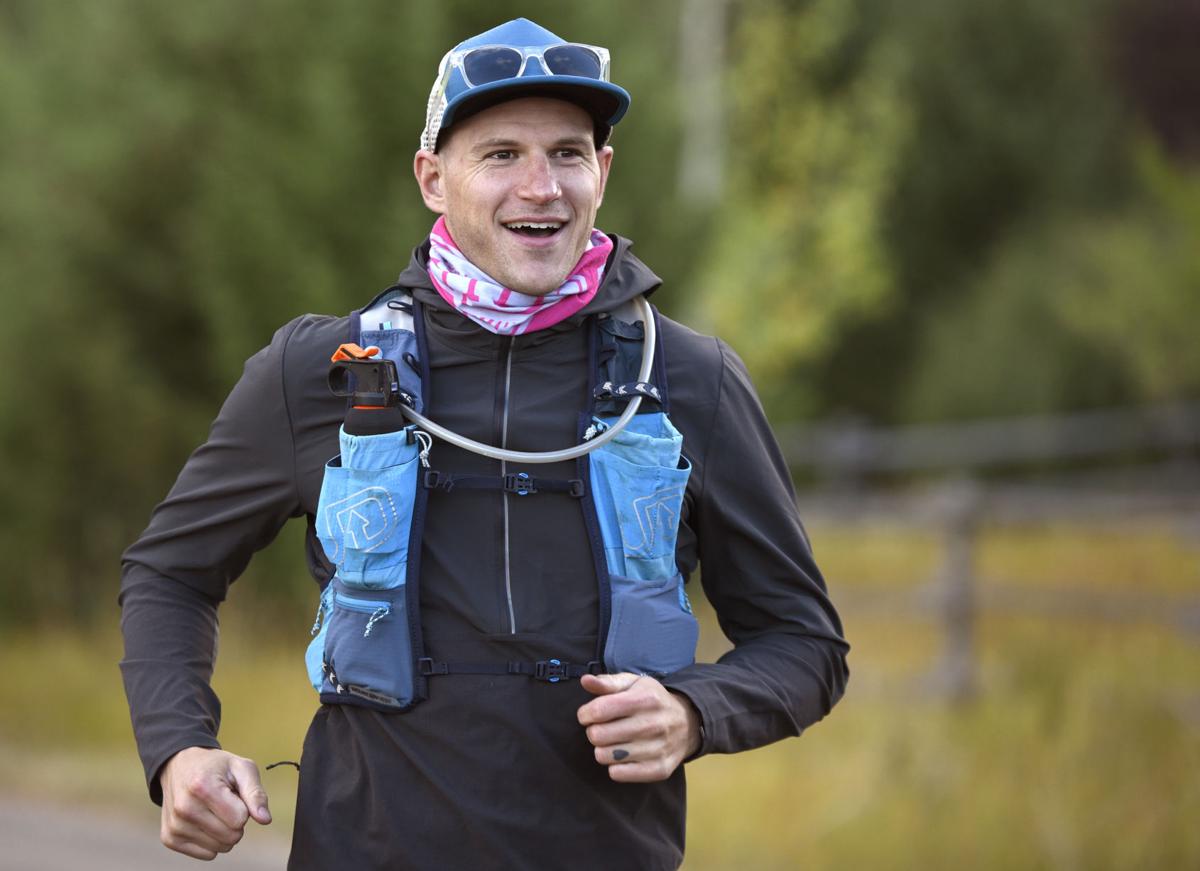 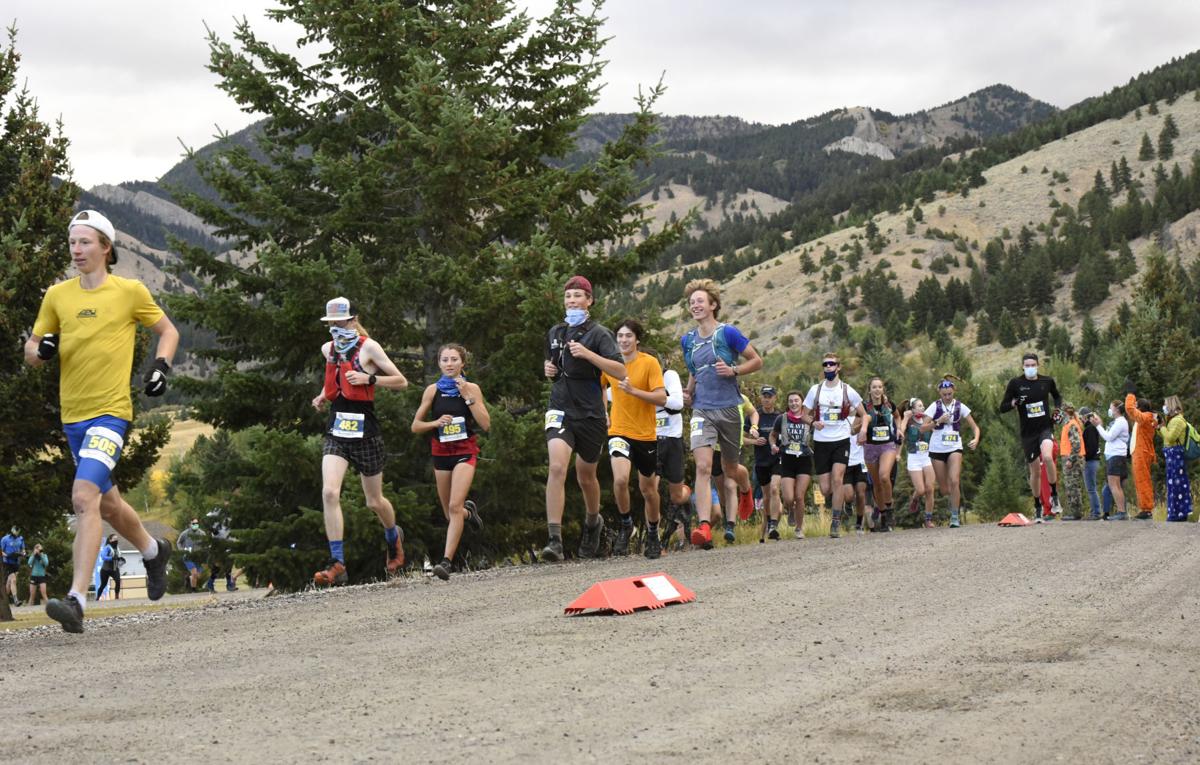 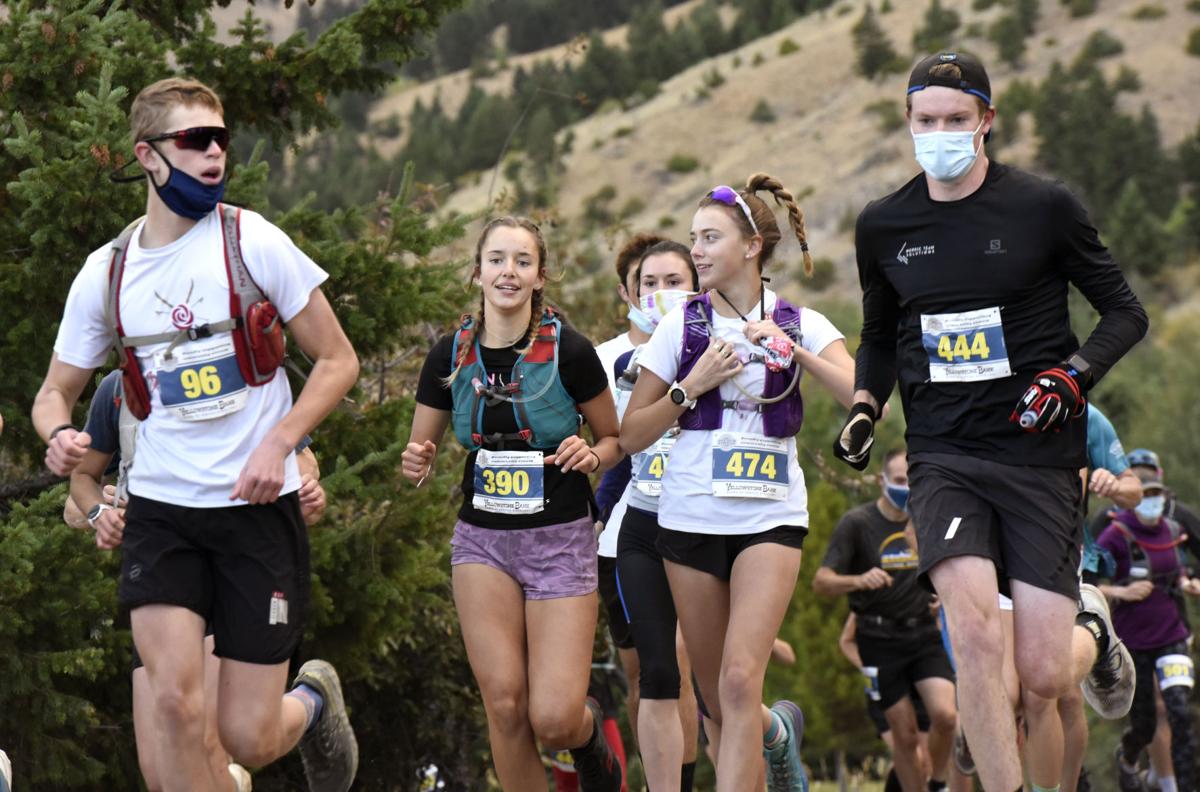 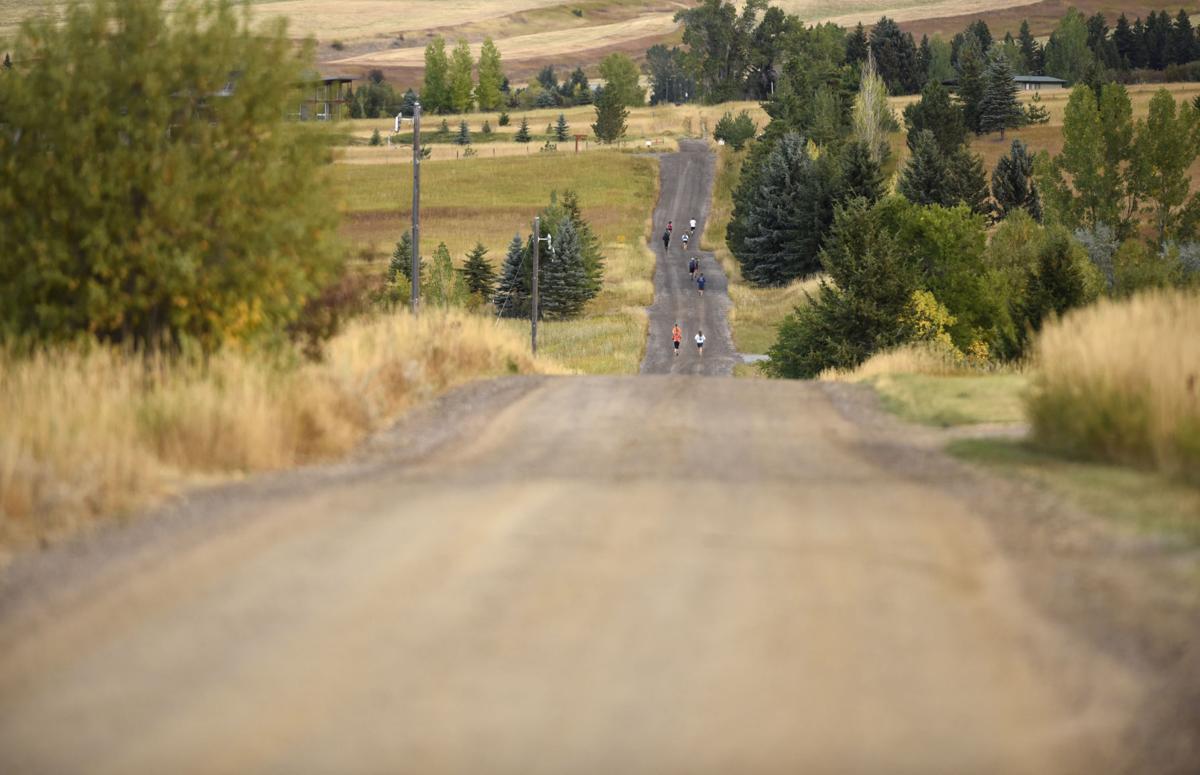 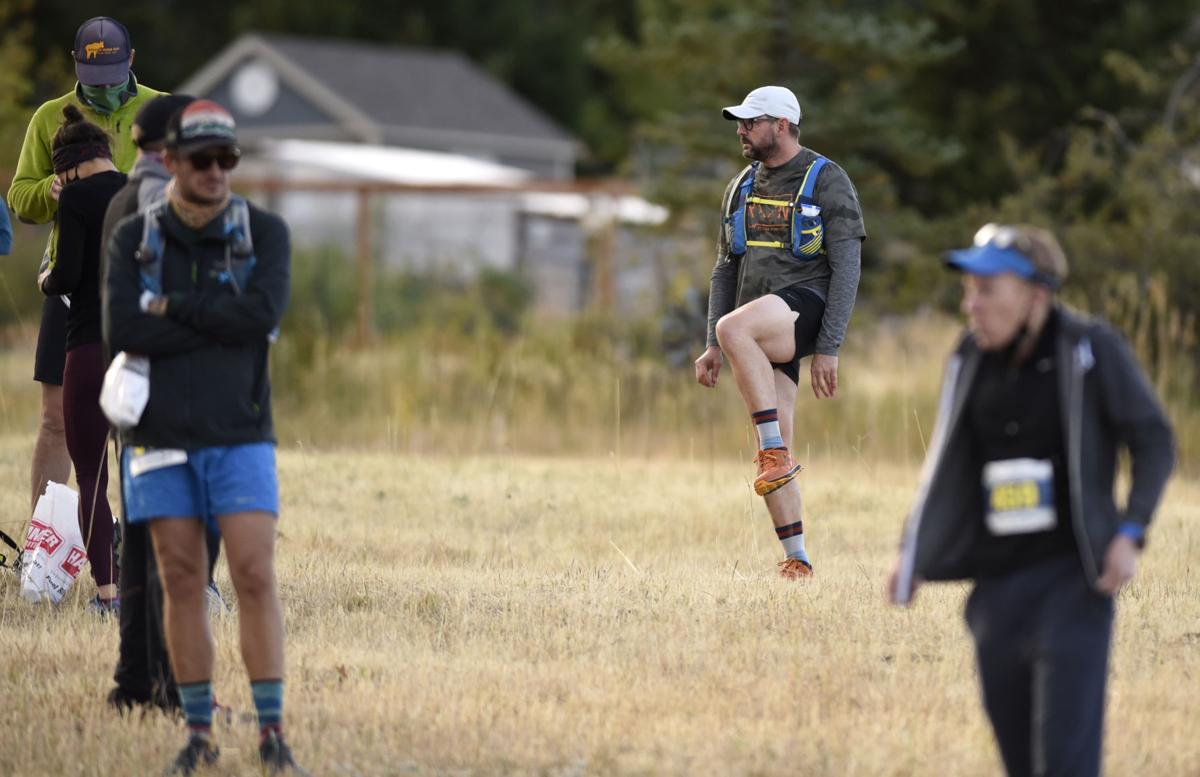 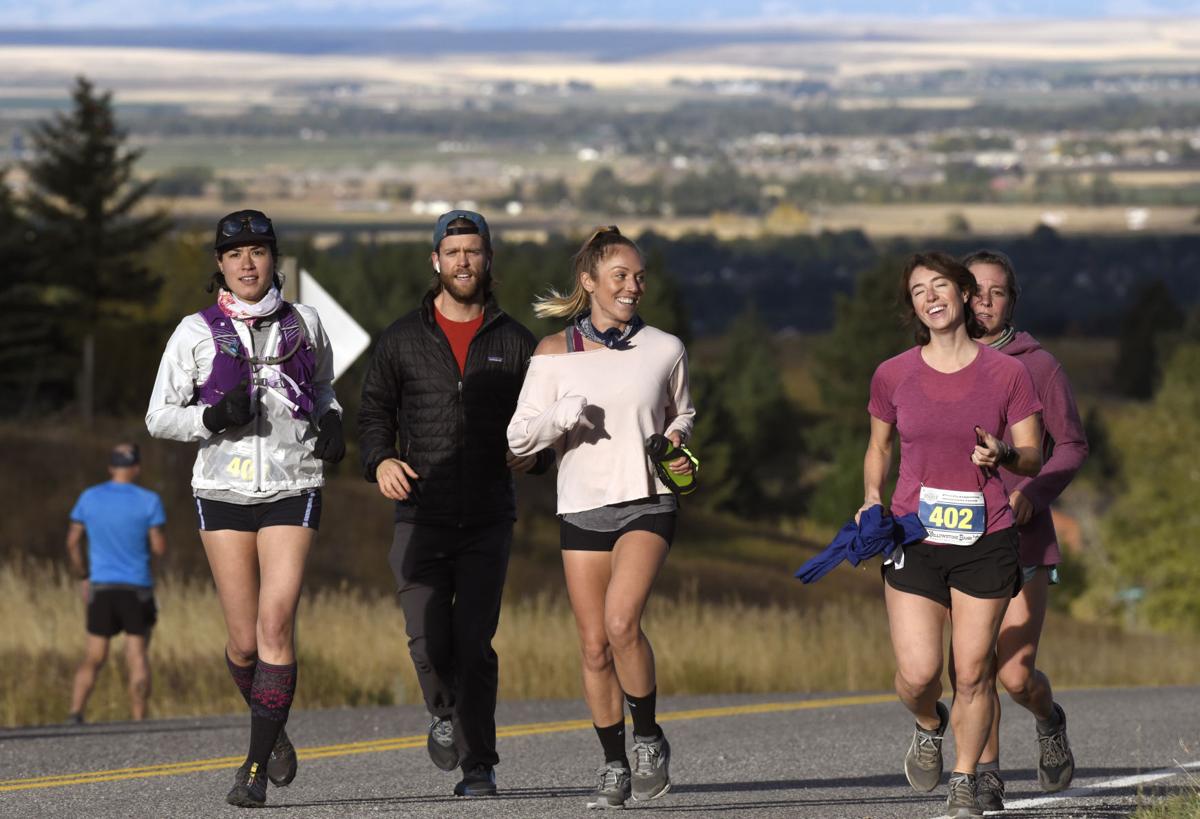 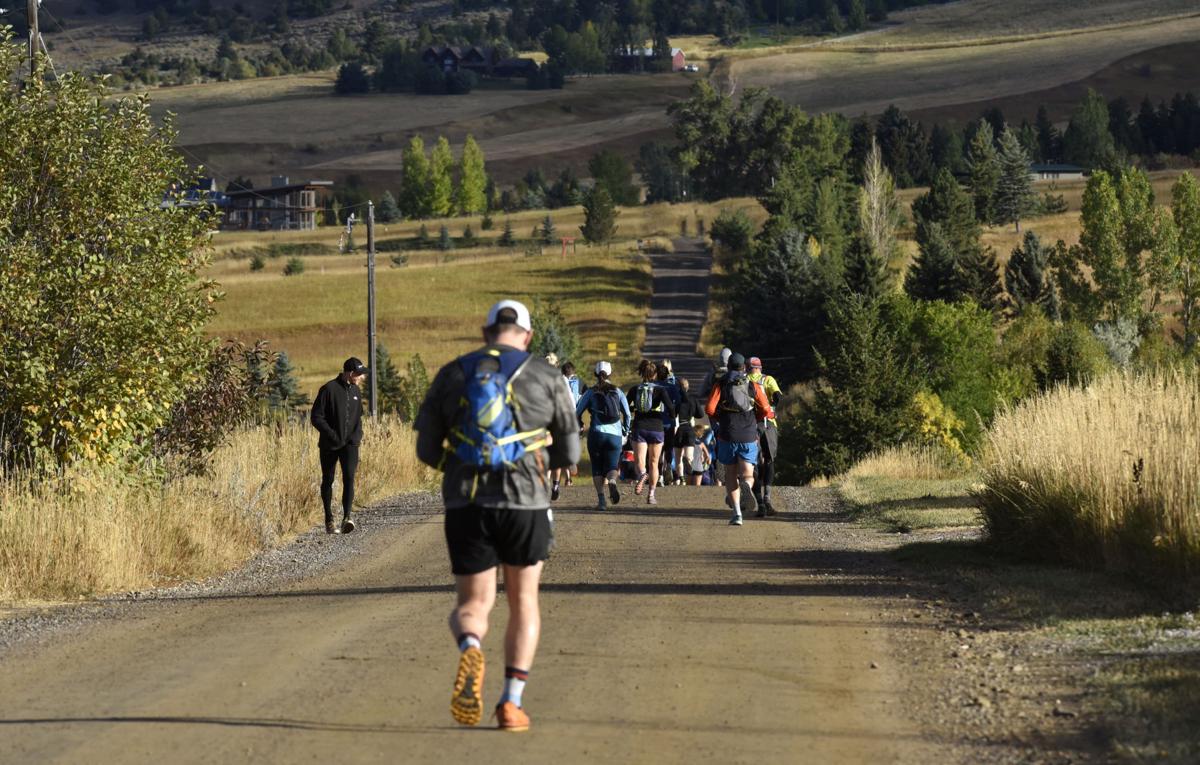 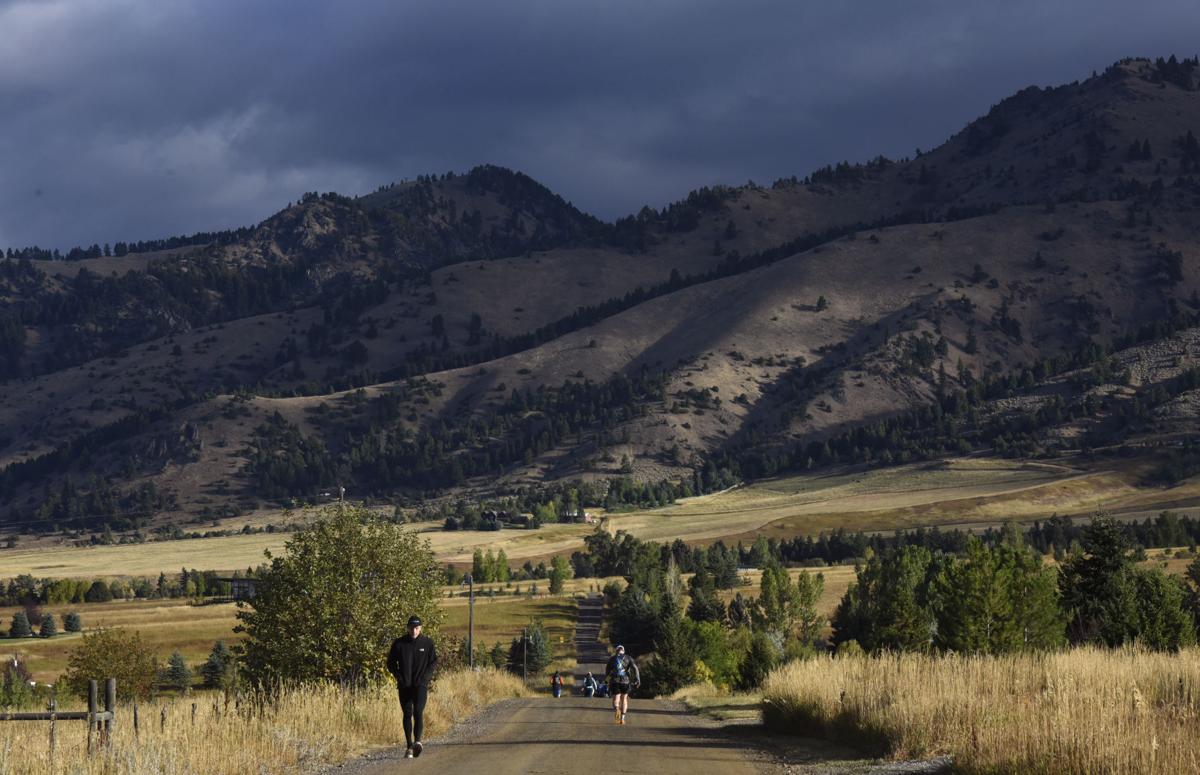 The first wave of runners takes off from the start line in the 27th annual Jim Bridger Trail Run on Saturday, Sept. 26, 2020, on Ptarmigan Road.

Runners participating in the 27th annual Jim Bridger Trail Run Saturday morning spread out and laced up beneath gray skies at the Sypes Canyon Trailhead.

Groups from 15 to 40 runners left the starting line every 20 minutes from 8 a.m. to 10:20 a.m. Organizers adopted the wave system to limit gatherings amid COVID-19.

Max Littlefield, the race announcer, played “Eye of the Tiger” as each wave of runners set off. “We have some really competitive runners in wave two,” he said.

Grayson Murphy, the 2019 USA Track and Field world mountain running champion and the 2019 XTERRA trail run world champion, was one of those competitors. “I see you BSF boys shaking your knees over there,” Littlefield said through a megaphone.

Unlike past years, half of the proceeds from this year’s race will be donated to the Bridger Foothills Fire Relief Fund. The other half will go toward the Bridger Ski Foundation Nordic Pro Team.

Greater Gallatin United Way and the One Valley Community Foundation established the relief fund to help first-responders and evacuees impacted by the Bridger Foothills fire. The blaze ravaged more than 8,000 acres in the Bridgers and Bangtails and destroyed 30 homes.

“It was just a fun run to raise money for wildfire donations,” Murphy said. “It’s a super pretty course.”

Murphy is originally from Salt Lake City, but she moved to Bozeman this June. She had plans to compete in a race in Wisconsin this weekend but decided to “switch it up.”

“I like running because it feels like an adventure,” Murphy said. She hopes the relief fund goes toward future fire-prevention methods.

Donald hadn’t planned on running the Jim Bridger Trail Run this year, but some of his commitments fell through because of COVID-19. He signed up for the race Friday night, one hour before online registration closed.

“The fundraiser was the icing on the cake,” Donald said.

With the 2020 Rut in Big Sky and the Bridger Ridge run canceled, Donald had been looking for other options. He often participates in cycling races, but this was his first Jim Bridger Trail Run.

Donald is familiar with all the trails in the area, so the race provided him with the opportunity to get to run the trails fast, he said.

“It’s super rugged, the trails are narrow and the rocks are sharp,” he said. He plans on participating in the race again next year.