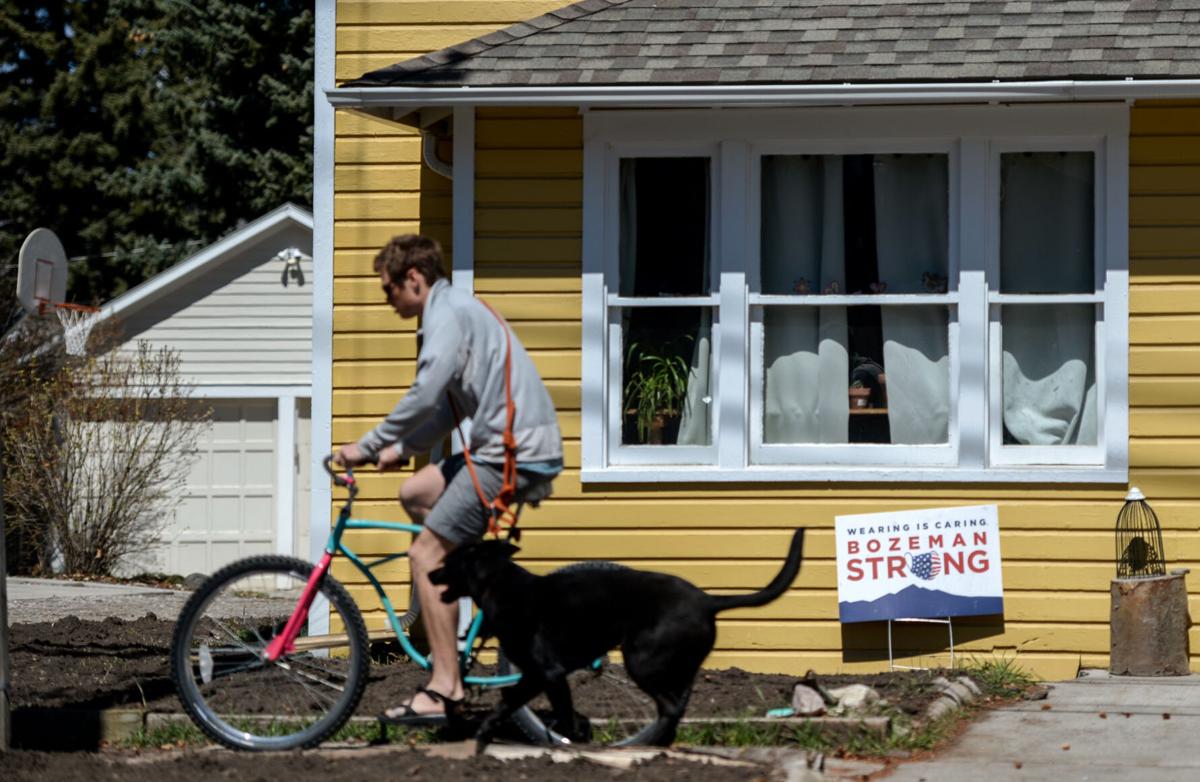 A man and his dog bike pass a sign advocating the use of masks on April 27, 2021. Jeremy Pague, who lives in the yellow house, said the sign was given to him by a friend. 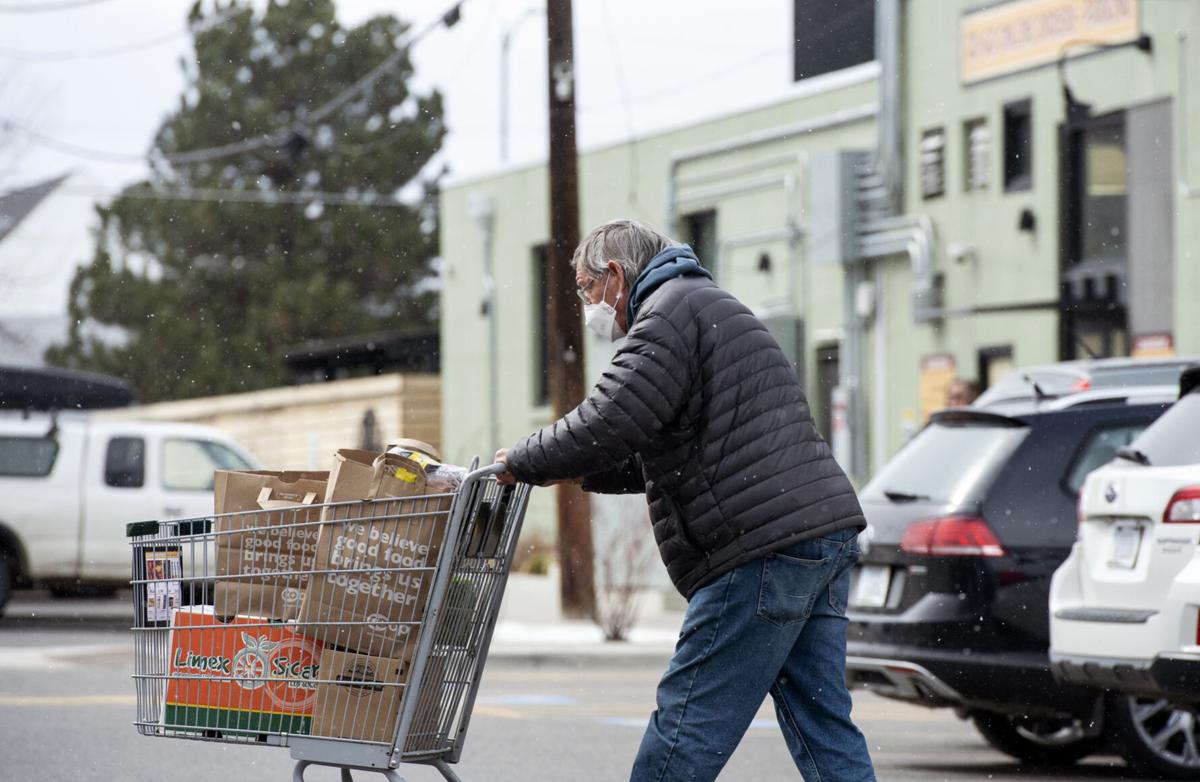 A man and his dog bike pass a sign advocating the use of masks on April 27, 2021. Jeremy Pague, who lives in the yellow house, said the sign was given to him by a friend.

Gallatin County and the city of Bozeman are trying to determine how to implement a new law limiting powers of local boards of health as the expiration dates approach on several local COVID-19-related rules.

House Bill 121, signed by Gov. Greg Gianforte earlier this month, requires elected officials to vote on rules put in place by the health officer or approved by the board of health. The bill also allows a governing body to amend a directive or order from a board of health or a health officer during an emergency or disaster.

“My biggest gripe with (HB) 121 is that it’s a solution without a problem,” County Health Officer Matt Kelley said.

Kelley said the bill’s ambiguous language regarding how the term “governing body” applies to city-county boards of health is a concern. The Gallatin City-County Health Board, per its name, involves representation from both Bozeman and the county.

Bozeman City Commissioner I-Ho Pomeroy and Gallatin County Commissioner Joe Skinner are both voting members of the board, and both the city and county have appointment privileges for other seats on the board.

“The main complexity with HB 121 is it doesn’t really provide the answer to how do you deal with this situation where you have two governing entities,” Kelley said. “So that’s what we’re grappling with right now in Gallatin County.”

During a meeting Friday, County Commissioner Scott MacFarlane and Bozeman Mayor Cyndy Andrus discussed the issue. MacFarlane said questions about the bill remain, but he said it seems like both commissions will hear any matters after board of health meetings.

“Now it appears that decisions of the health board are recommendations, so that recommendation would then get passed along to both the city and county commissions,” MacFarlane said.

The city and county entered into an interlocal agreement decades ago establishing the arrangement, county attorney Marty Lambert said, which will have to be revised in light of the new law.

In the meantime, the new law will be tested soon, as the emergency health rule related to indoor group gatherings and operations at businesses like gyms, bars and restaurants is set to expire May 10.

The Board of Health is scheduled to meet May 5 to discuss the rule and its implications. The board will have the option next week to pass a resolution making specific recommendations to the two commissions, Kelley said.

The face-mask mandate may also be on the agenda at next week's meeting, Kelley said. The mandate, which the health board voted to extend in early April, is valid until late May.

It is still unclear how the commissions should handle the recommendations, MacFarlane said, including whether the lengthy, data-heavy presentations typically made during health board discussions about COVID-19 related measures will have to be replicated at both the city and county commission meetings.

Becky Franks, chair of the health board, echoed MacFarlane’s concerns about how much time will be involved with decision-making under all three entities.

“For us to completely have that hearing all over again … it’s an enormous use of time,” MacFarlane said.

The issue will also come up in the coming weeks as the board searches for a new or interim health officer, as the law also changes the power of health boards from being able to appoint local health officers to only being able recommending candidates to a governing body.

Kelley announced last month he is planning to leave the position in June.