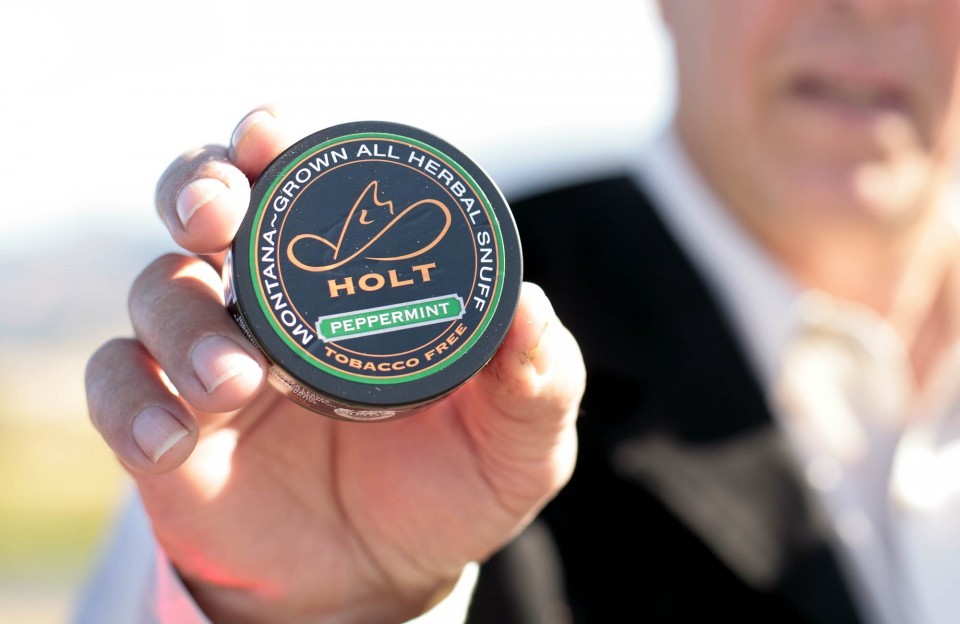 Dave Holt holds a can of his tobacco alternative. 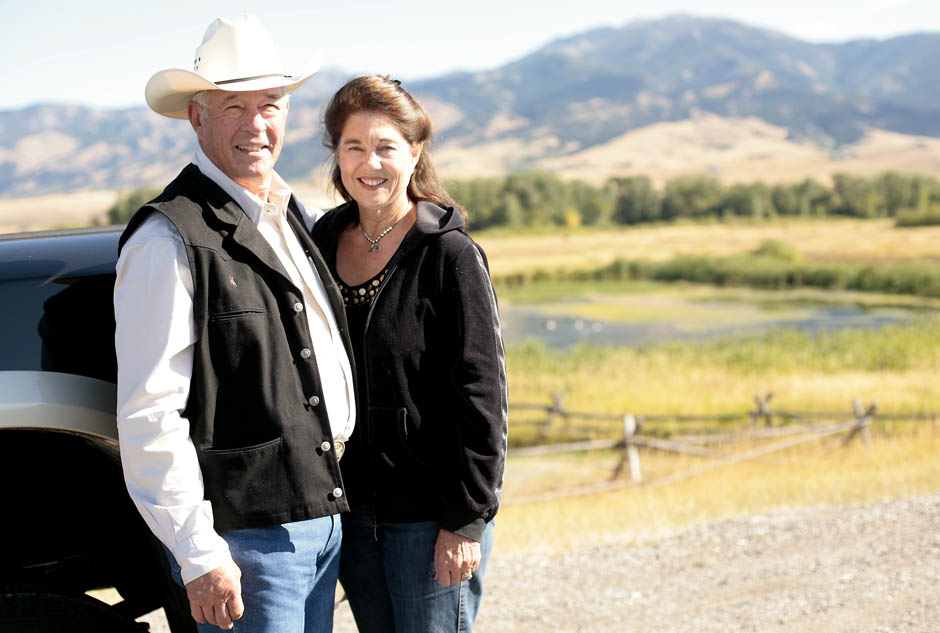 Dave and Colleen Holt of Whitehall have created a tobacco-free chew made from alfalfa.

Dave Holt holds a can of his tobacco alternative.

Dave and Colleen Holt of Whitehall have created a tobacco-free chew made from alfalfa.

Sitting in a hotel lobby in a white cowboy hat, black vest and a rodeo belt buckle, an old cowboy touted the health benefits of snuff.

People have gone to dentists to have teeth pulled after picking up the habit, only to find out their gums have strengthened and the procedure is no longer necessary. It curbs hunger and helps you lose weight. It soothes the stomach and helps fight colds.

The snuff Dave Holt was talking about wasn’t Copenhagen or Skoal but a concoction born of his own imagination. It’s an alfalfa-based product laced with water, honey, peppermint oil and cayenne pepper.

The legume base, Holt says, even has a higher percentage of protein than a T-bone steak.

“If I was coaching the football team up at Montana State, I’d have every one of the players eating a can a week,” Holt said.

Holt attended Montana State University several years ago, spending four years on the rodeo team before leaving with an agriculture-related degree and an addiction to chewing tobacco. It was fine for 45 years, until one day he woke up with a swollen jaw.

A dentist sent Holt to an ear, nose and throat specialist who took a biopsy. Diagnosis: a cancerous lymph gland. It was enough of a wake-up call to lead Holt to get off the stuff, he said. And over the course of several years of trial and error — during which he chewed everything from coffee grounds to oats — and several chemotherapy treatments, Holt came across alfalfa.

The first thing he did was mix it with peppermint schnapps. It was a good combination, Holt said. But it didn’t last long.

Holt sent a sample off to specialists at the University of Nebraska, who suggested mixing alfalfa with peppermint to stabilize it. He did, and soon arrived at a mixture similar to the herbal snuff the Holt family has sold in black-and-green circular tins for the past year.

The company’s aim is to help those trying to quit chewing tobacco before they suffer through a cancer diagnosis, Holt said.

Holt and his wife, Colleen, were in Bozeman Tuesday to discuss a potential distribution partnership with a local grocery store. The family business has only been operating for a year, but already has around 70 distributors across five states and Internet sales stretching across the country. Holt, his wife and their twin, professional-roper sons produce about 1,000 cans of the herbal snuff each week, Colleen wrote in an email.

The Holts are mulling whether to build a factory in Whitehall to produce the tobacco-less snuff. It seems inevitable, given the figures Colleen cites when discussing the business’ future. The company is expected to grow to about $9 million in the next three years and employ 250 people in five, she wrote in an email.

Holt snuff sales are about average for products aimed at helping folks quit chewing, said Tom Day, clerk at Poor Richards News, a smoke shop and newsstand in downtown Bozeman. He expects sales to pick up the first two weeks of January, however, as people resolve to quit tobacco in the New Year.

While those reaching for a tin of the Holts’ snuff can expect to reap the benefits of kicking the tobacco habit, whether they’ll experience all the other health benefits alfalfa is purported to have is unclear, said Robyn Klein, adjunct professor teaching herbal medicine classes at MSU.

“(But) anything that gets people off of chew, chewing tobacco, is a good idea,” said Klein, also a professional member of the American Herbalists Guild.

Dennis Cash, a crop specialist with the MSU Extension Service, hasn’t done much research into using alfalfa as a chewing tobacco replacement. But the plant does well in its common usage, as winter feed for cattle. It provides mainstay nutrition, like protein, energy and minerals and keeps cows healthy.

It’ll keep humans healthy too, the Holts say. During a recent Northern International Livestock Exposition in Billings, the Holt’s sold about 100 cans to sick high school members of the Future Farmers of America, Colleen said. All of them were able to shake their colds, some by brewing tea in a recipe Colleen came up with, she said the teachers reported to her.

Dave Holt had a similar experience in a recent meeting between several Montana companies and a group of Mexican delegates. A few heavy smokers tried the peppermint-flavored tea brewed from the snuff. They came up to him after the meeting, Holt said, thanking him because they could breathe much better.

Jason Bacaj may be reached at jasonb@dailychronicle.com or 582-2635.