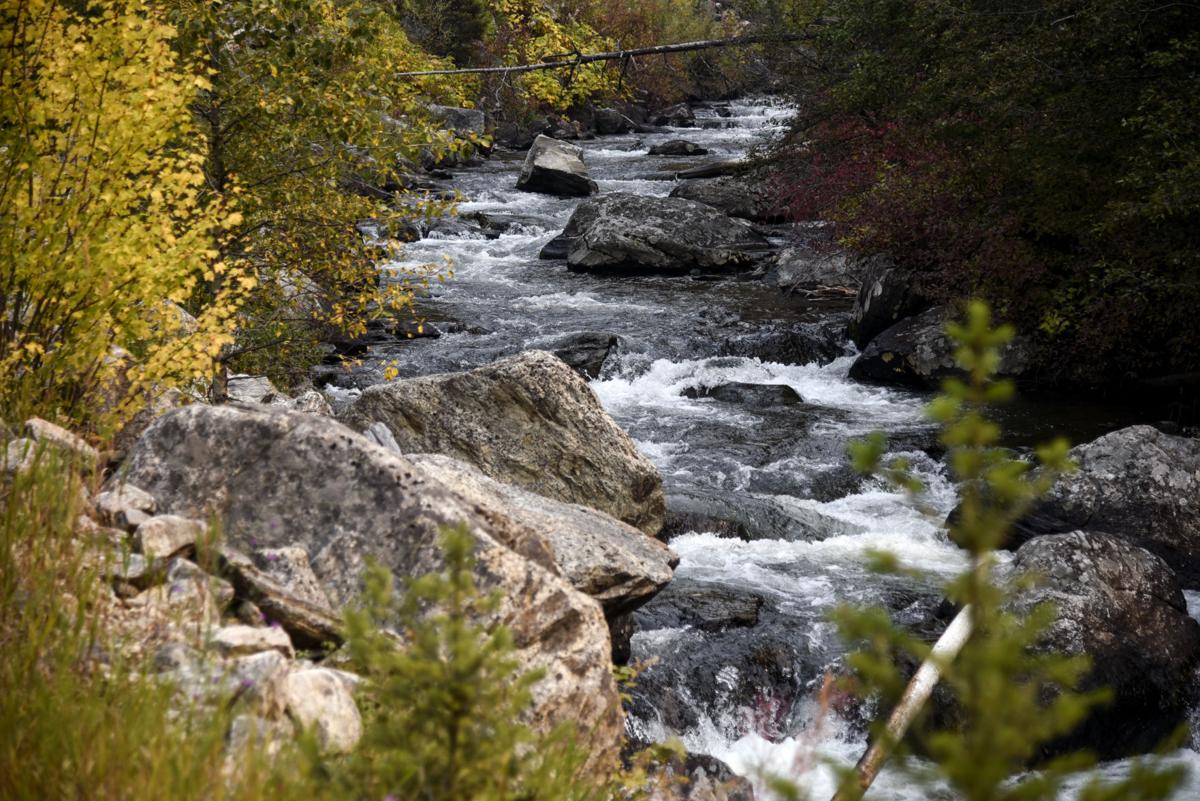 Hyalite Creek runs down the canyon on Wednesday. Most of Hyalite Canyon was designated as a “recreation emphasis area” under the new forest plan for the Custer Gallatin National Forest. 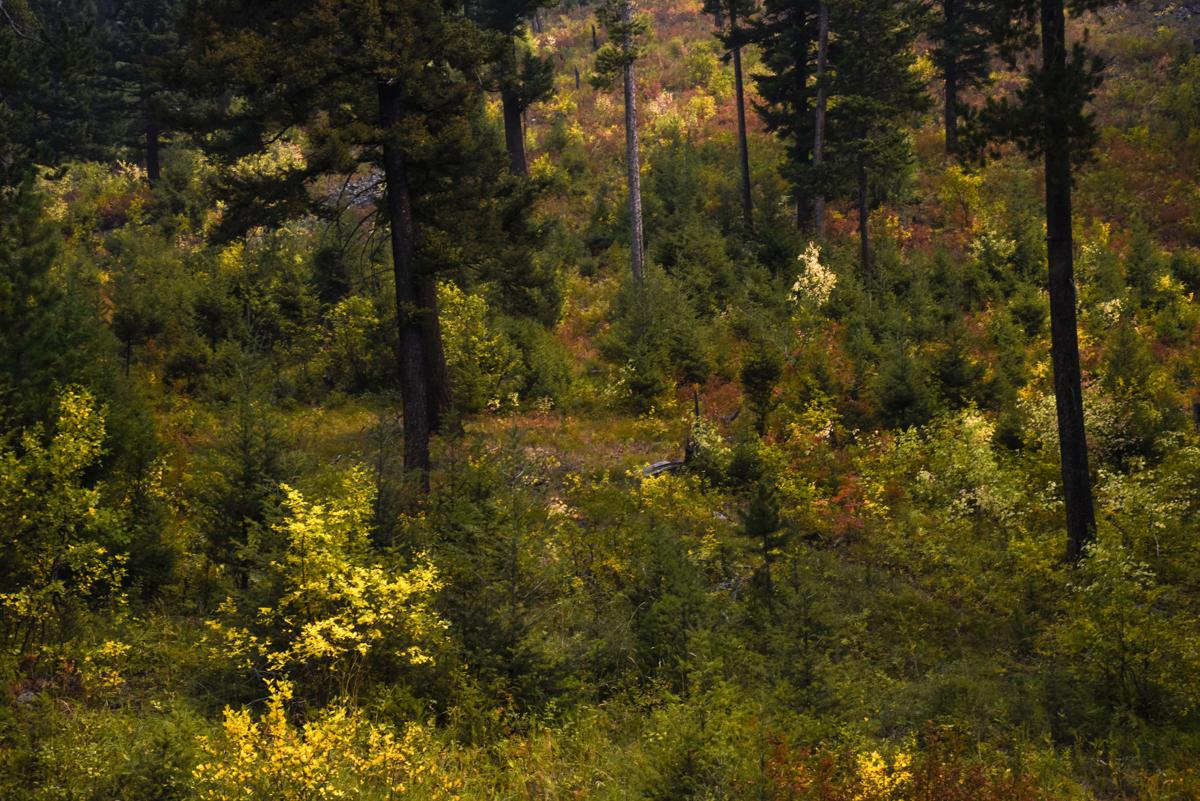 Most of Hyalite Canyon was designated as a "recreation emphasis area" under the new forest plan for the Custer Gallatin National Forest. Some groups disagree with the Forest Service's decision to not include the South Cottonwood and Bozeman Creek drainages.

Hyalite Creek runs down the canyon on Wednesday. Most of Hyalite Canyon was designated as a “recreation emphasis area” under the new forest plan for the Custer Gallatin National Forest.

Most of Hyalite Canyon was designated as a "recreation emphasis area" under the new forest plan for the Custer Gallatin National Forest. Some groups disagree with the Forest Service's decision to not include the South Cottonwood and Bozeman Creek drainages.

The Forest Service is reviewing objections to its plans to designate areas for conservation and recreation in the Custer Gallatin National Forest.

The Gallatin Forest Partnership, Montanans for Gallatin Wilderness and Citizens for Balanced Use all filed objections to the proposed 2020 Land Management Plan, citing concerns over land designations and forest management. The objection period ended Sept. 8.

People who submitted “substantive formal comments” on the proposed plan can file as “interested persons” from Sept. 18 to Sept. 28. “Interested persons” can participate in objection resolution meetings with Forest Service officials. The meetings are tentatively scheduled for late fall or early winter.

The final version of the plan will likely go into effect in the spring of 2021.

The Gallatin Forest Partnership, a coalition of groups with conservation, recreation and economic interests that collaborated with the Forest Service during the planning process, took issue with several of the plan’s designations.

Emily Cleveland, a member of the coalition and the senior field director for the Montana Wilderness Association, said the remote, higher elevation areas of Hyalite Canyon didn’t get the level of protection she’d hoped for.

Hyalite Canyon was designated as a “recreation emphasis” area under the plan, meaning the Forest Service will permit a variety of uses — non-motorized and motorized.

Cleveland said the partnership wanted the remote sections of the canyon to be designated as “backcountry” areas. Backcountry areas will be managed to protect the undeveloped quality of the land, but won’t have the same restrictions as wilderness or recommended wilderness areas.

The partnership wanted to see a single unit of recommended wilderness surrounding the Yellowstone National Park border, according to Cleveland. “It’s just a matter of adjusting the boundary,” she said.

Cleveland was also concerned that the South Cottonwood and Bozeman Creek areas weren't designated as "backcountry," as GFP had originally proposed.

The selected plan doesn't give these two areas any special designation, and Cleveland worried South Cottonwood could be opened up to regular logging.

“The Gallatin Forest Partnership feels the area is not important for timber, and has high recreation and conservation value,” she said.

The partnership also objected to the Forest Service’s decision not to designate Cowboy Heaven, an area that stretches from the edge of the Beaverhead-Deerlodge National Forest boundary to the Spanish Peaks, as recommended wilderness.

“It’s a place we’ve been working to protect for a long time,” Cleveland said. “We feel like there doesn’t need to be conflict here.”

Phil Knight with Montanans for Gallatin Wilderness also submitted an objection on behalf of his organization. He said he’s been advocating for more wilderness in the Gallatin Range for a long time, and was disappointed that only a portion of the Hyalite Porcupine Buffalo Horn Wilderness Study Area was recommended for wilderness.

Under the plan, the area was split into backcountry and recommended wilderness areas.

The area is now designated as a backcountry area open to mountain biking.

“As a mountain biker, I’m really disappointed that the sport I love is now being used as a tool to push back against protection of the land,” Knight said.

“The Forest Service is in denial about how extreme climate change is,” he said. “We need some different tools.”

“Folks aren’t moving to Montana for timber jobs. It doesn’t revolve around logging anymore,” he said.

Kerry White, with Citizens for Balanced Use, which promotes motorized use and active management of forests, also filed objections to the plan. He said breathing in smoke from wildfires in California and Oregon reminded him of trees that are dying from pine beetles and the mills that are struggling because of litigation over logging projects.

He said grazing and logging will help prevent disastrous wildfires. “We need to reduce those fuel loads,” White said.

White said Congress has the sole authority to create wilderness, and the Forest Service is exceeding its authority by barring these recreational uses.

“The Forest Service is by itself creating de facto wilderness without Congressional approval,” White said. “All this is connected, and I’m really disappointed with what the Forest Service has done in this plan.”