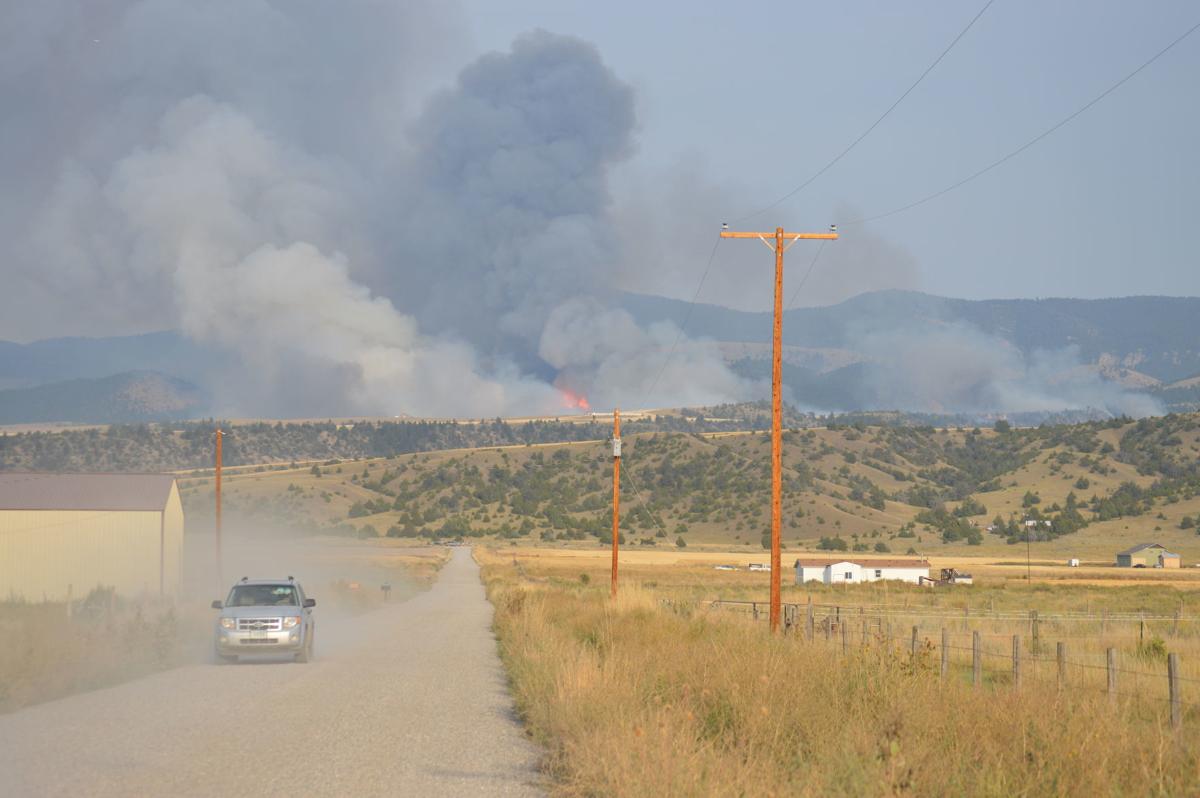 A car drives away as a fire burns in the hills east of Clarkston, where firefighters have had trouble accessing the blaze because of bad roads. 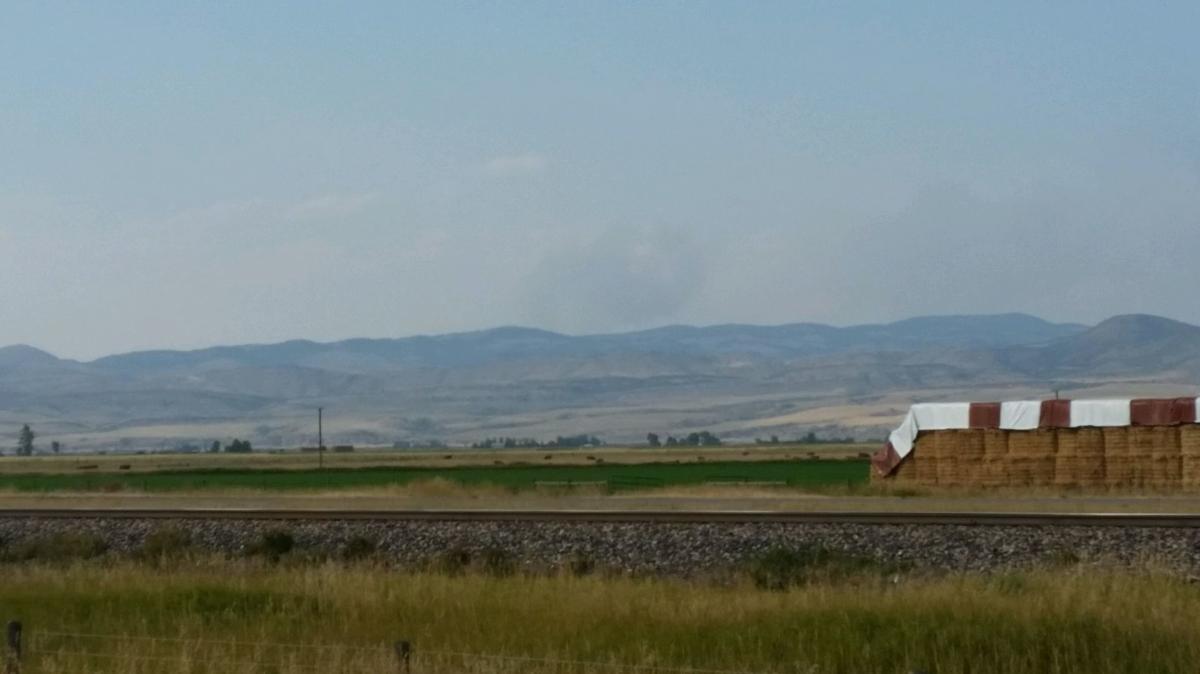 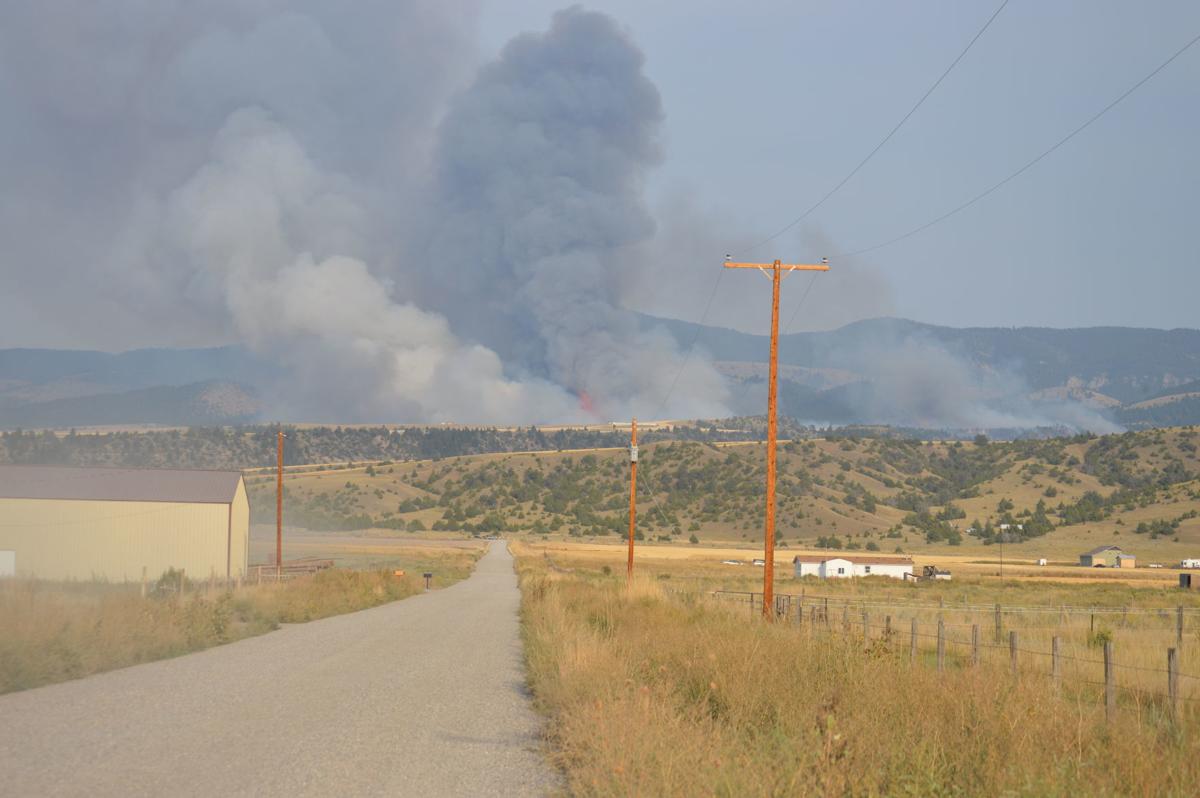 A grass fire east of Clarkston has burned multiple structures and was estimated at 300 acres as of Monday evening.

A car drives away as a fire burns in the hills east of Clarkston, where firefighters have had trouble accessing the blaze because of bad roads.

A grass fire east of Clarkston has burned multiple structures and was estimated at 300 acres as of Monday evening.

CLARKSTON — A fire took off and ran here Monday afternoon, burning multiple buildings and sending up thick clouds of black and gray smoke that were visible from Interstate 90.

The fire's size is estimated at 1,500 acres, according to a Gallatin County Emergency Management press release sent late Monday night. The release said the fire is still burning actively.

Gallatin County Sheriff’s Capt. Jason Jarrett confirmed early Monday evening that some buildings had burned but could not say how many.

“We don’t have a count yet as the fire is still active,” Jarrett said.

He added that there were no reported injuries. The cause of the fire is under investigation.

The fire was first reported shortly after 3:30 p.m., near Pole Gulch and Homestead roads, an area with several homes off a gravel road that winds east of this small community northeast of Three Forks.

The caller reported smoke on the south side of Pole Gulch Road. The fire grew quickly and climbed up the hills to the east, creating a mushroom cloud on one side of the flat valley just east of the Missouri River.

Jarrett said wind helped the fire grow through the afternoon. Deputies worked to contact residents and let them know of the fire danger. He said they reached 13 of them and that some left the area while others stayed behind.

Meanwhile, fire crews from across the valley raced up into the hills to fight the blaze. Most of the county’s fire departments responded, including departments in the western part of the valley and departments closer to Bozeman. They sent engines, water tenders and brush trucks.

The Montana Department of Natural Resources and Conservation sent a helicopter, which used a bucket to drop water on the blaze. The agency also deployed an air tanker, which dumped retardant in front of the flames. The U.S. Forest Service also sent personnel to the fire.

By about 6:40 p.m., an incident command post was set up near a cattle guard leading into the residential area a few hours after the fire was first reported. Deputies blocked drivers from traveling any deeper into the area, making at least one exception for a person trying to retrieve a car from a house close to the entrance.

Many people had already fled by then. Several stuck around to watch. They parked along the road and watched as the smoke climbed high and changed colors above the corner of a blackened grain field. Flames occasionally flashed orange through the haze. Meanwhile, more and more engines kept arriving, pushing through the clogged road to head for the flames.

The county's press release said no evacuation orders are in place. Deputies are still there and access is restricted to local residents.