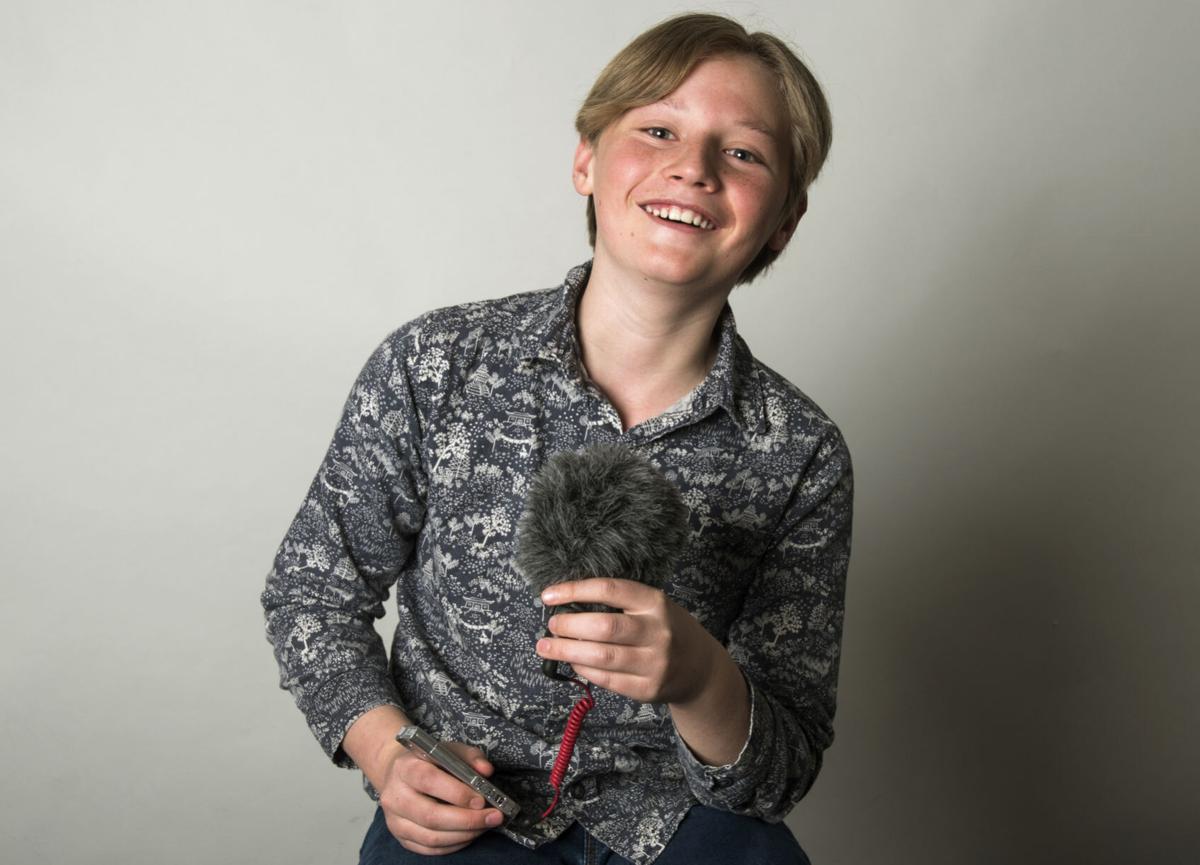 Ezra Graham, 11, is the host of News Nerds, a current events podcast that he started about a year ago. 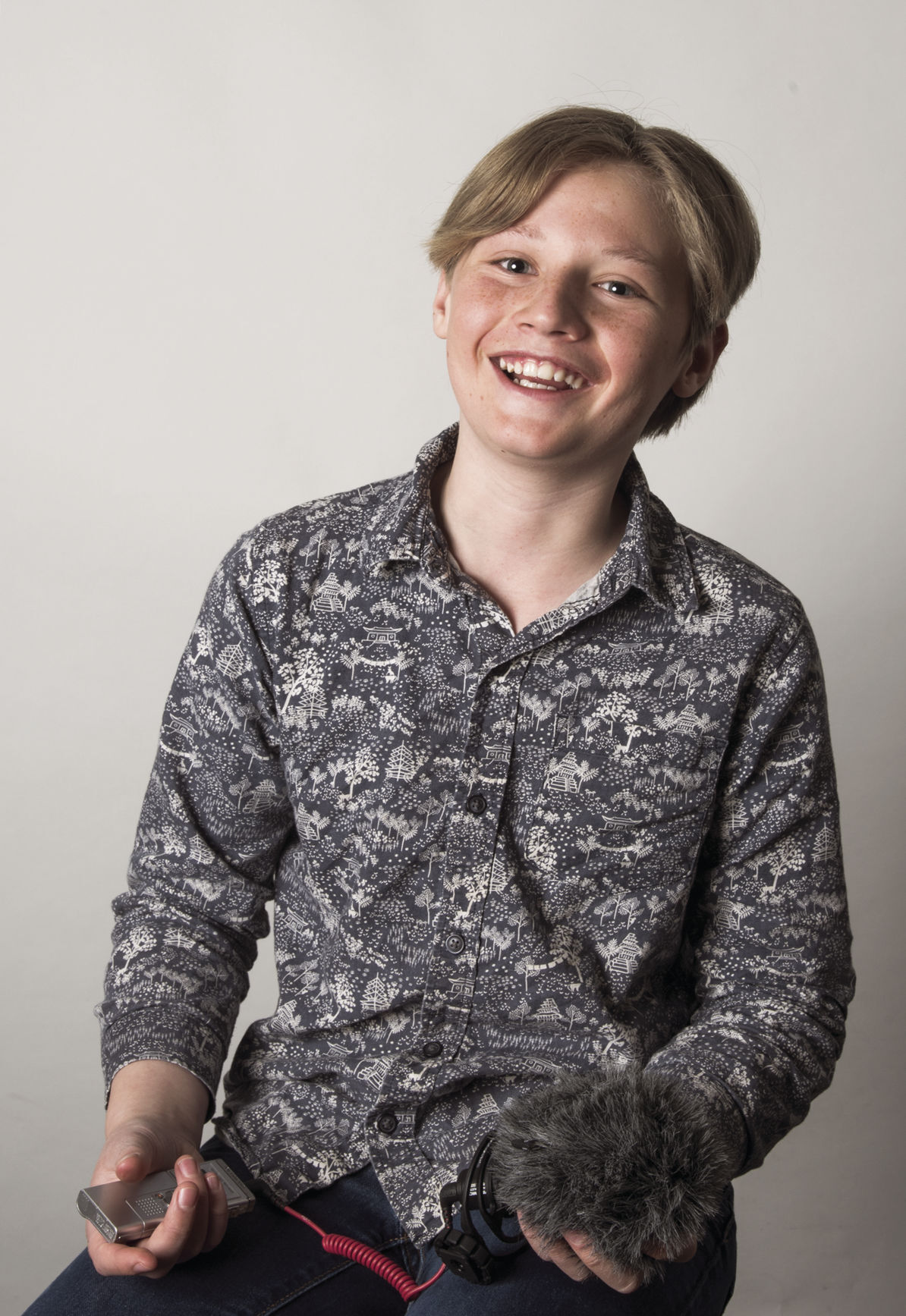 Ezra Graham, 11, is finishing up his fifth season of News Nerds, a current events podcast that he started last year.

Ezra Graham, 11, is the host of News Nerds, a current events podcast that he started about a year ago.

Ezra Graham, 11, is finishing up his fifth season of News Nerds, a current events podcast that he started last year.

“I decided that people needed to know what was happening locally and nationally,” said 11-year-old Ezra Graham, founder and host of the podcast News Nerds. He’s now in fifth grade at Gallatin Gateway School.

Now Graham is using News Nerds to share factual information and interesting content with listeners. He’s interviewed a number of local and high-profile guests, including a librarian, a rancher, a former United States attorney general, a National Public Radio panelist and a pioneer for the farm-to-table movement.

“I just find people of all perspectives and I shoot them an email,” Graham said. “Sometimes they respond and sometimes they don’t, but it’s always fun to get to know new people that have so many different perspectives about what’s going on and what needs to happen.”

Producing a podcast is time consuming, and finding the time to work on it can be challenging for Graham, especially now that he’s back in school after months of at-home learning. Sometimes he’ll whip up a story when he gets home or at school, he said.

On Wednesdays, he researches the latest news. He picks a topic he likes, collects more information about it, gathers quotes and evidence and then drafts a script. He reads his writing aloud to himself to hear if it will appeal to listeners, records himself speaking, adds music and publishes his work.

In January, he interviewed Alberto Gonzales — a former attorney general who served under President George W. Bush. He talked to Alice Waters, a chef and Berkeley restaurant owner who helped pioneer the farm-to-table movement, earlier this month.

Graham records episodes in a makeshift home studio. He stacks two pillows against his computer and speaks into them. It improves the sound quality of his recordings.

“I heard about it from an NPR podcast, and I’ve been using it ever since,” he said. “I really do notice the change.”

In the early months of News Nerds this past year, Graham spent time listening to news reports, reading articles and applying the skills he learned to his podcast. He got to know NPR reporters by their voices. He admired journalists who continued distributing information to the public amid the pandemic.

Marty Thiede, Graham’s fourth grade teacher, said she learned he was starting a podcast soon after Bozeman School District started remote learning. She was excited for Graham, but she didn’t know if he’d continue producing News Nerds when students returned to school.

What stood out to Thiede was Graham’s excitement and perseverance. After he shared his podcast plan with teachers, classmates and family members, one of Graham’s classmates said she wanted to start her own podcast.

Though the student didn’t end up pursuing it, Graham was “right there ready to support her,” Thiede said. “You could tell right from the get go that this was something he probably was going to pursue … He’s just really stuck with it.”

Now Thiede is a regular News Nerds listener. She likes the way Graham presents news in a balanced way. It appeals to varied audiences, she said.

“For a young person to understand the importance in journalism of maintaining that neutrality — that has been impressive to me,” Thiede said. She’s also been impressed that an 11-year-old has the confidence to approach high-profile individuals and ask knowledgeable and sometimes difficult questions.

“It was apparent to me early on that he was highly intelligent and capable, but he’s also so self-directed,” Thiede said. “I recognized he needed challenges as a young learner, but he had the ability to seek out those challenges on his own. I think News Nerds is a perfect example of that.”

Graham said he is designing a new interactive website for the one-year anniversary of News Nerds. He also wants to create an online guide to help people start their own podcasts.

Soon Graham will be a guest on an episode of Newsy Jacuzzi — a mother-daughter children’s news podcast produced in New Delhi, India. Graham started his podcast at around the same time as they did, he said.

News is important to everybody, whether we know it or not, Graham said. He wants to pursue journalism when he grows older so he can help people learn about what is happening in the world.

“You’re listening to the news while you’re in the car or at the table drinking coffee in the morning,” he said. “It’s kind of these people behind the scenes that are giving you all this content that they are working so hard to make.”

Campsites around Cliff and Wade Lakes to require online reservations