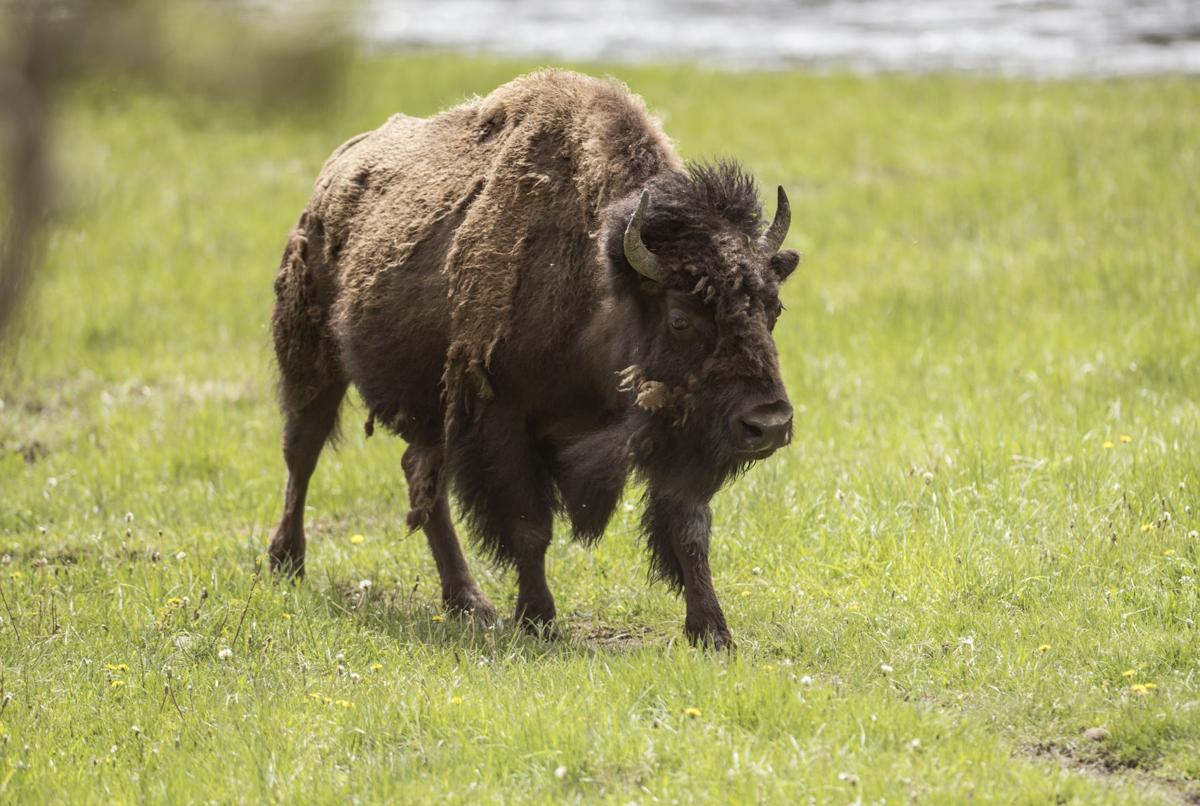 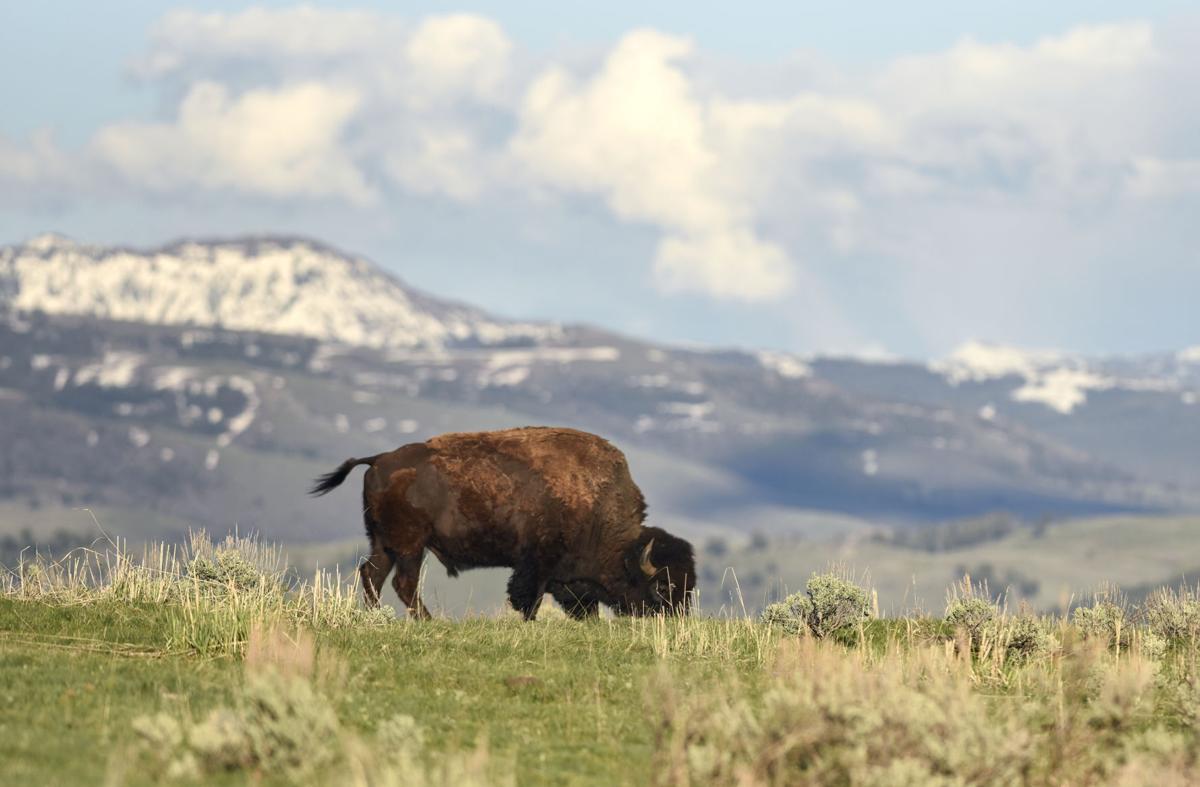 An adult male bison grazes in a field off of Grand Loop Road in May in Yellowstone National Park. 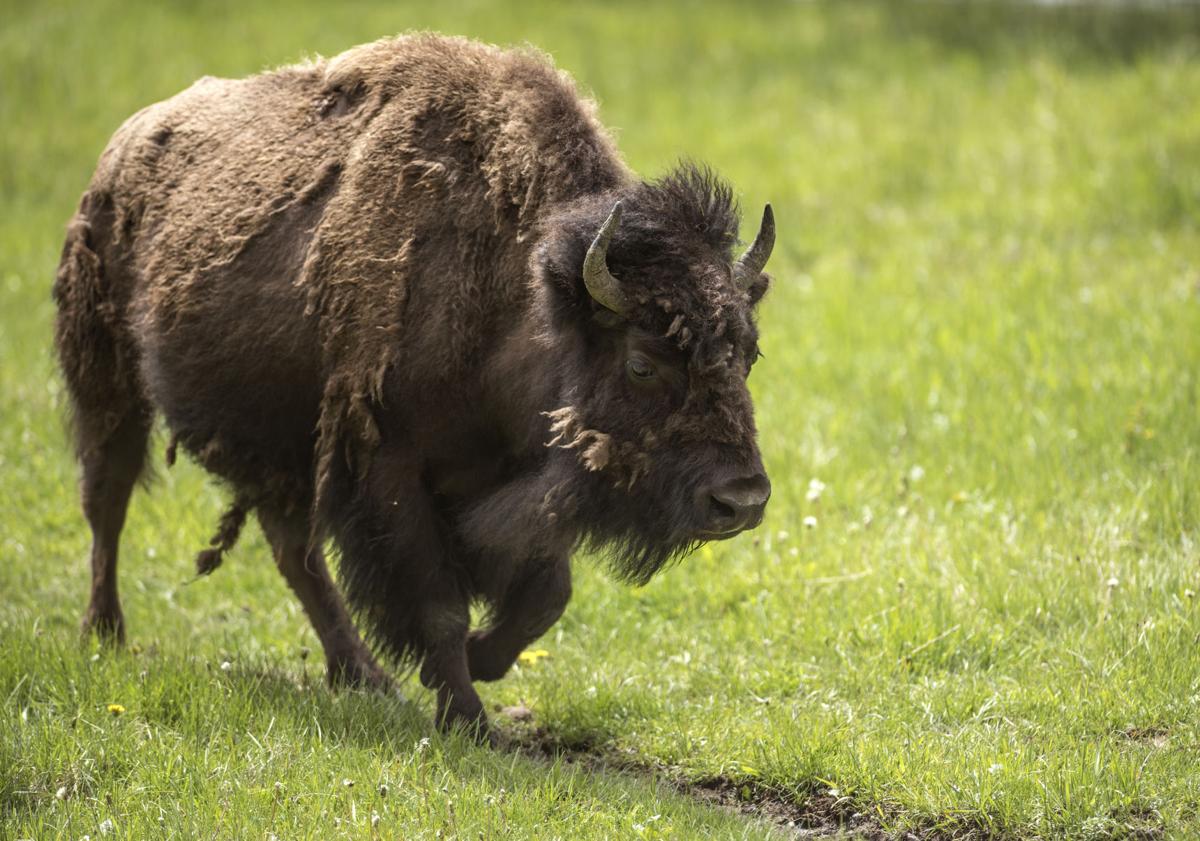 A bison walks along Highway 191 in June near West Yellowstone. 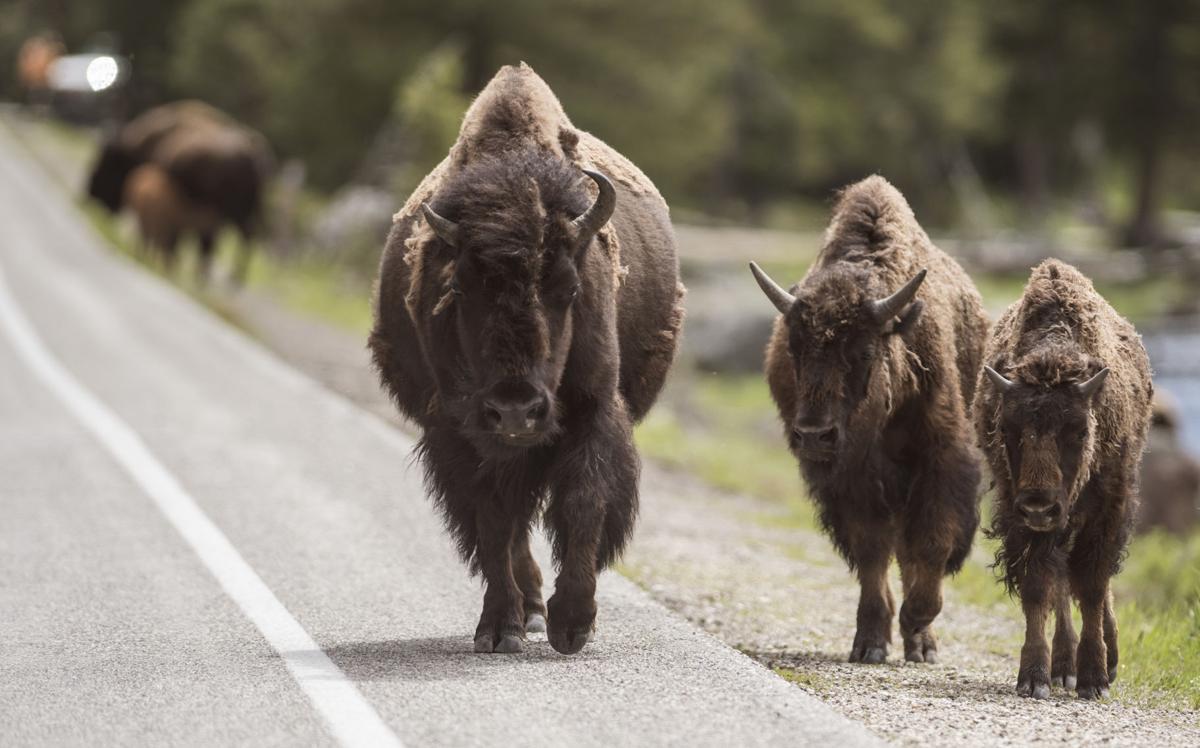 Bison and their calves walk along Highway 191 on June 13, 2019, near West Yellowstone, Montana.

An adult male bison grazes in a field off of Grand Loop Road in May in Yellowstone National Park.

A bison walks along Highway 191 in June near West Yellowstone.

Bison and their calves walk along Highway 191 on June 13, 2019, near West Yellowstone, Montana.

Opponents of aspects of the Forest Service’s wildlife management plans for the Custer Gallatin National Forest urged the agency to add bison, bighorn sheep and Yellowstone cutthroat trout to its list of species of conservation concern at a virtual meeting Thursday.

Thursday’s meeting was the last of three organized for objectors and people who filed as “interested persons” to try to influence the Forest Service’s final edits to the 2020 Custer Gallatin National Forest land management plan, which hasn’t been updated in more than 30 years. Objectors and interested persons discussed land designations and uses on Tuesday and Wednesday.

The new forest plan will steer management on over three million acres in southern Montana and South Dakota. Agency officials anticipate the plan will be finalized in spring, 2021.

Leanne Marten, northern regional forester, and Jennifer Eberlien, acting regional forester for the Rocky Mountain Region, asked questions and listened to people who spoke Thursday. While Marten is the reviewing officer for final decisions on the majority of the plan, Eberlien is the reviewing officer responsible for final decisions related to species of conservation concern.

For an animal or plant species to be considered a species of conservation concern, it must inhabit the plan area and “the best available scientific information” must indicate there is “substantial concern” about the species’ ability to persist over the long term. A designation directs the Forest Service to manage habitat conditions in a way that supports the species’ health and viability.

The animals listed in the draft plan are the greater sage grouse, the white-tailed prairie dog, the western pearlshell mussel and the westslope cutthroat trout. Over 20 new plants were also added to the list, though those weren’t discussed at the meeting.

The majority of Thursday’s discussion revolved around objections to the Forest Service’s decision not to add bison to its list of species of conservation concern. However, participants also advocated for adding other species to the list, and some criticized the agency’s process for determining which species made the cut.

Darrell Geist, habitat coordinator for the Buffalo Field Campaign, said his organization felt the public process for weighing in on potential species of conservation concern wasn’t transparent, and standards for managing habitat to support bison were insufficient.

“There’s nothing in the land management plan, to us, that would ensure the viability of the species over the long term,” Geist said. He felt the Forest Service made the decision not to include bison on the list before the agency finished collecting public comments, which put “the public on our heels” to convince the agency otherwise.

Pete Nelson, director of federal lands for Defenders of Wildlife, said there is a major difference between treating bison like a species of conservation concern and actually designating them as such. Scientific evidence indicates bison do meet the criteria to be added to the list, he said.

“Species of conservation concern as a policy matter was established for a specific purpose. And that was to provide accountability and assurances that species that do have concern over their persistence in the planning area over time are afforded the protections necessary to provide for their viability,” Nelson said.

Managing for such species on a case-by-case basis leads to dangerous territory, according to Nelson.

John Meyer, attorney for the Cottonwood Law Center, said bison and other species need to be managed using science. Meyer, speaking on behalf of 11 tribes in the Rocky Mountain Tribal Leaders Council, said a conflict between science and the treaty rights of tribes doesn’t exist when it comes to bison. The state manages bison based on the idea that brucellosis might be transmitted to cattle, he said.

Bison have never transmitted brucellosis to cattle in the wild, but wildlife managers annually cull bison traveling out of the park to protect livestock from the disease.

“When you look at the history of the Interagency Bison Management Plan, the state of Montana has never agreed with the park service,” Meyer said. “We don’t all have to agree, but the Forest Service does have to manage habitat using science.”

All objectors who spoke about bison Thursday shared an interest in adding the species to the list. The Forest Service spent the second half of the meeting hearing objections about other species.

Phil Knight, a member of the Gallatin Yellowstone Wilderness Alliance, said the Forest Service should add bighorn sheep to the list of species of conservation concern because of the threats posed by non-native mountain goats. Diseases transmitted from goats and habitat competition means further agency regulations are needed, he said.

Eric Roberts, fisheries manager for Montana Fish, Willdife and Parks, said he was concerned about the long-term viability of Yellowstone cutthroat trout, much like westslope cutthroat trout, a species that made it onto the list. He said he would like the Forest Service to prioritize management that supports wild, reproducing populations of the species in streams.