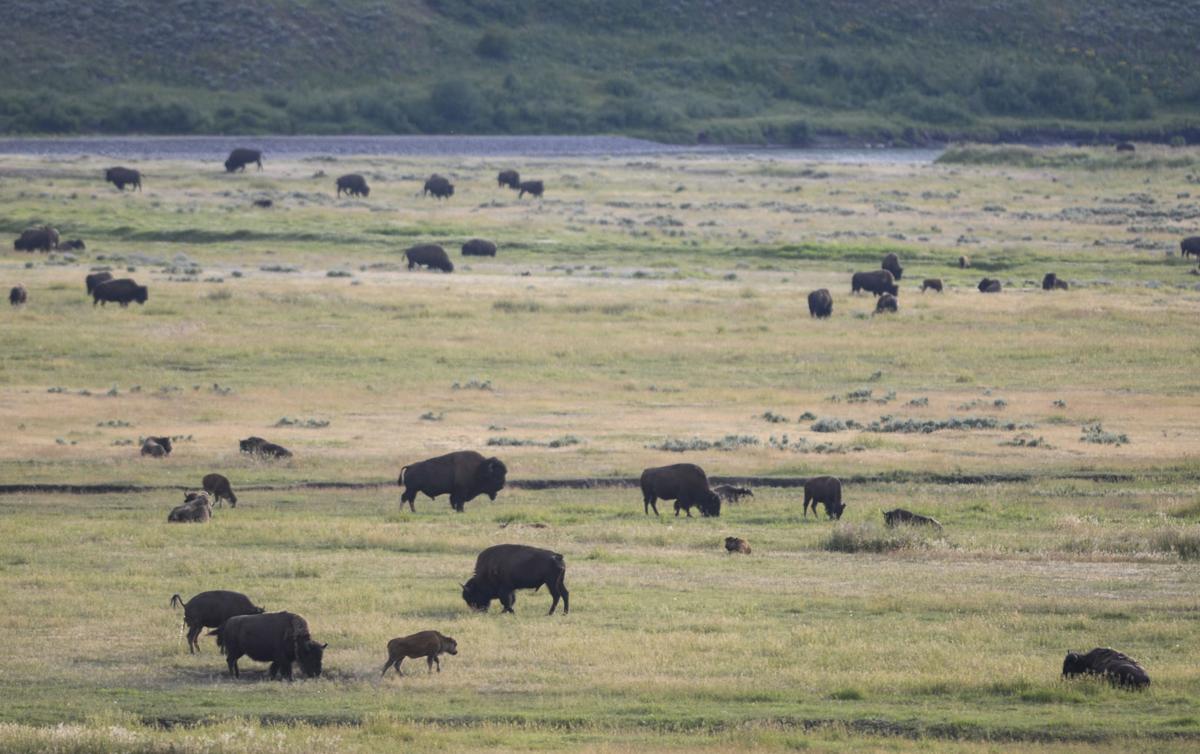 A herd of bison graze in Lamar Valley at sunset off the Northeast Entrance Road on July 13, 2017, in Yellowstone National Park. 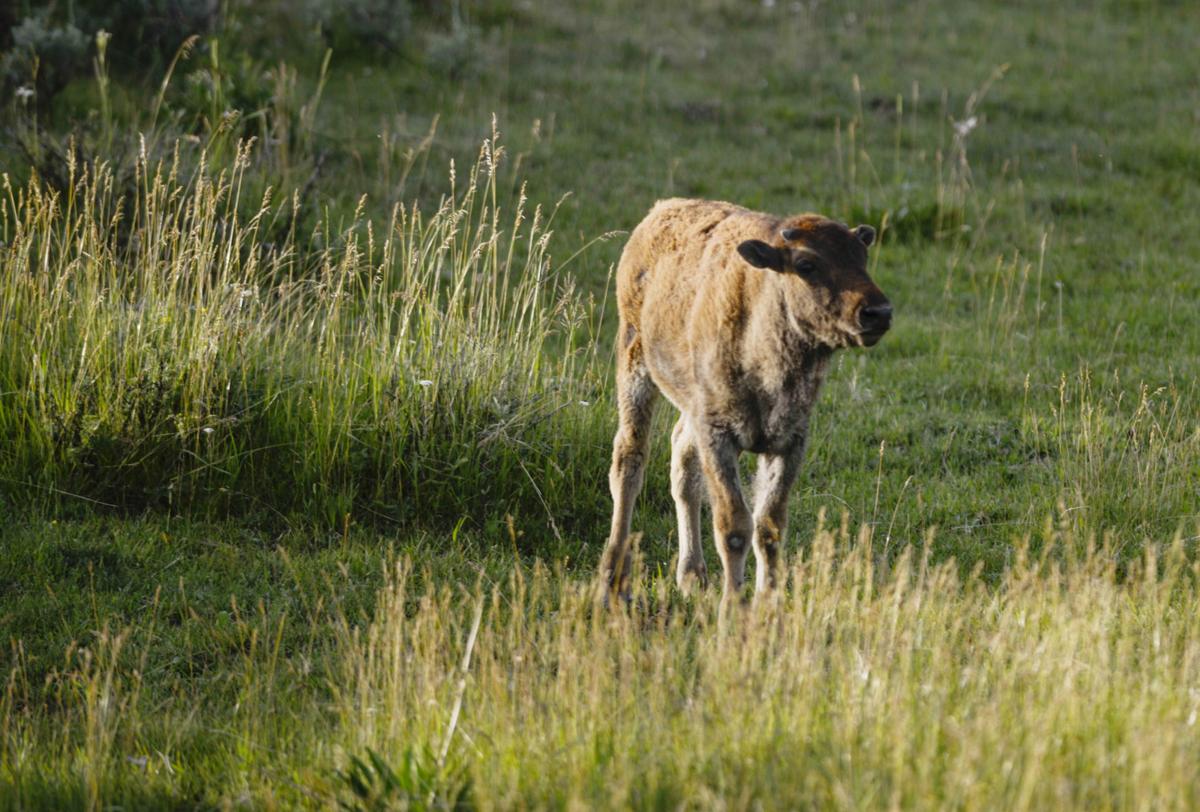 A bison calf grazes in Lamar Valley off the Northeast Entrance Road on July 13, 2017, in Yellowstone National Park.

A herd of bison graze in Lamar Valley at sunset off the Northeast Entrance Road on July 13, 2017, in Yellowstone National Park.

A bison calf grazes in Lamar Valley off the Northeast Entrance Road on July 13, 2017, in Yellowstone National Park.

Two years ago, there were more than 5,000 bison in Yellowstone National Park. Then came two big winter migrations, resulting in more than 1,100 bison being killed by hunters or shipped to slaughter in each year.

Bison are calving now, and after all the calves drop, biologists expect the overall number will end up near what the park considers a magic number: 4,200.

Tim Reid, the bison program coordinator at Yellowstone, said that number is a long-term average for the population, and that it seems to balance all the demands on bison and prevent conflict at the same time.

“This is really about maintaining the sociopolitical balance here,” Reid said.

It’s not an official goal. It hasn’t been agreed to by the other government agencies involved in bison management. Multiple sources said the first they’d heard of it was at recent bison management meetings, when it was being presented as the population objective for the park.

Mark Deleray, the Bozeman regional supervisor for Montana Fish, Wildlife and Parks, said the state would need to see further analysis of that population level before his agency could sign off on it.

“It’s definitely worth discussing,” he said.

The Interagency Bison Management Plan’s written goal is 3,000. The plan, written in 2000, is meant to prevent the spread of brucellosis, a disease that can cause animals to abort. Passed through afterbirth, the disease is feared by the livestock industry.

But annual culls and hunts haven’t brought the population to 3,000. Instead, it’s swung back and forth, peaking at 5,500 in 2016. What typically follows years of significant growth in the population are large culls, and Reid said managing for 4,200 would reduce the need for those.

“It gets us out of this kind of episodic cycle of the last 10 years of population build up and extremely large culls that are unpopular,” Reid said.

Park and state officials had started the process for rewriting the management plan in 2015, which would have included discussion of a new population goal. But the work has been on hold for at least a year and a half, state officials said. Reid said the work may pick back up later this year.

Marty Zaluski, the state veterinarian, said he couldn’t say whether he thought 4,200 bison would maintain a low risk of disease transmission between bison and cattle. He did say that 5,000 animals was too many, and that it created conflict between people and bison outside the park.

“At that point we had numerous conflicts with bison outmigrating during the season of scarcity,” he said.

Bison advocates would welcome a departure from the goal of 3,000. Matt Skoglund, of the Natural Resources Defense Council, said he didn’t know for sure whether 4,200 was a good number, but that he thought any goal shouldn’t be tied too directly to a static figure.

“Any population size needs to be a fluid, flexible range that accounts for the different variables that affect bison on the landscape,” Skoglund said.

Any number at all will be too low for Stephany Seay, of the Buffalo Field Campaign. She said 4,200 is a little better than 3,000, but that it’s still inadequate.

“We’re talking about an animal that is supposed to exist in the tens of millions,” Seay said.