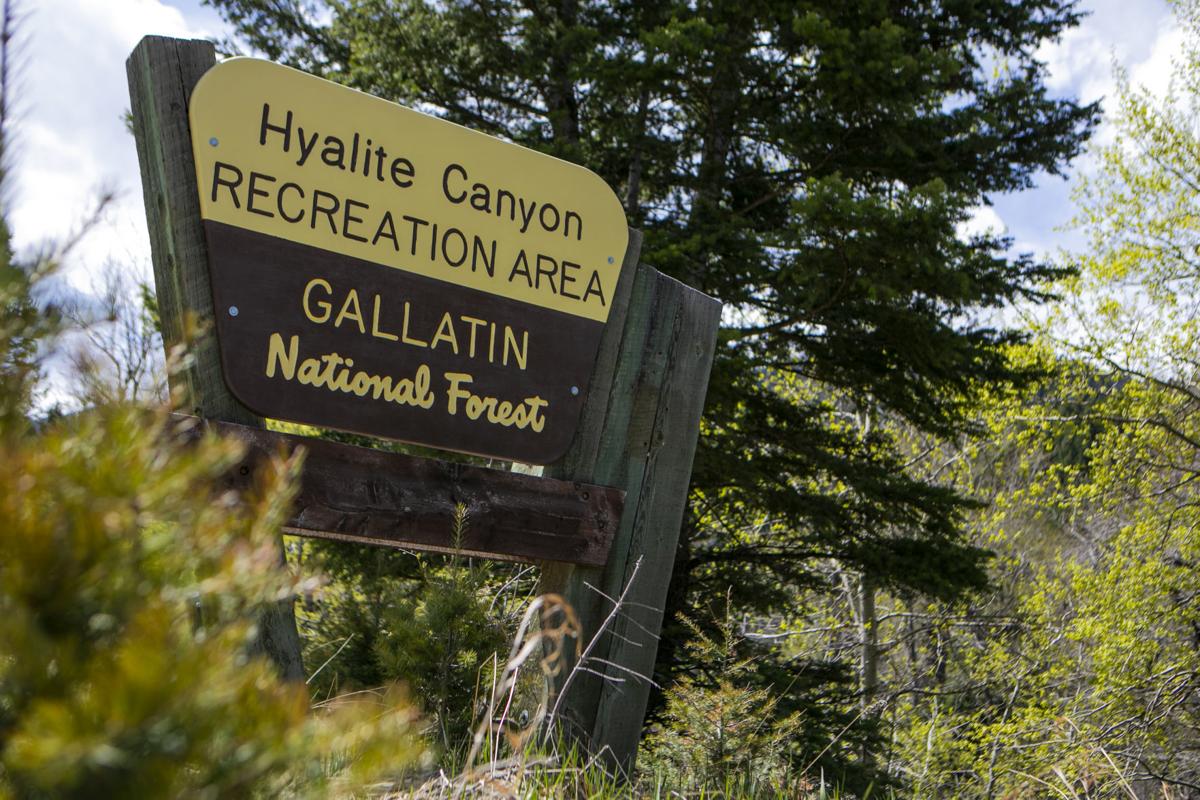 A new Gallatin National Forest sign for Hyalite Canyon is on full display along the side of the road Monday, May 18, 2020, at the entrance of Hyalite Canyon near Bozeman. 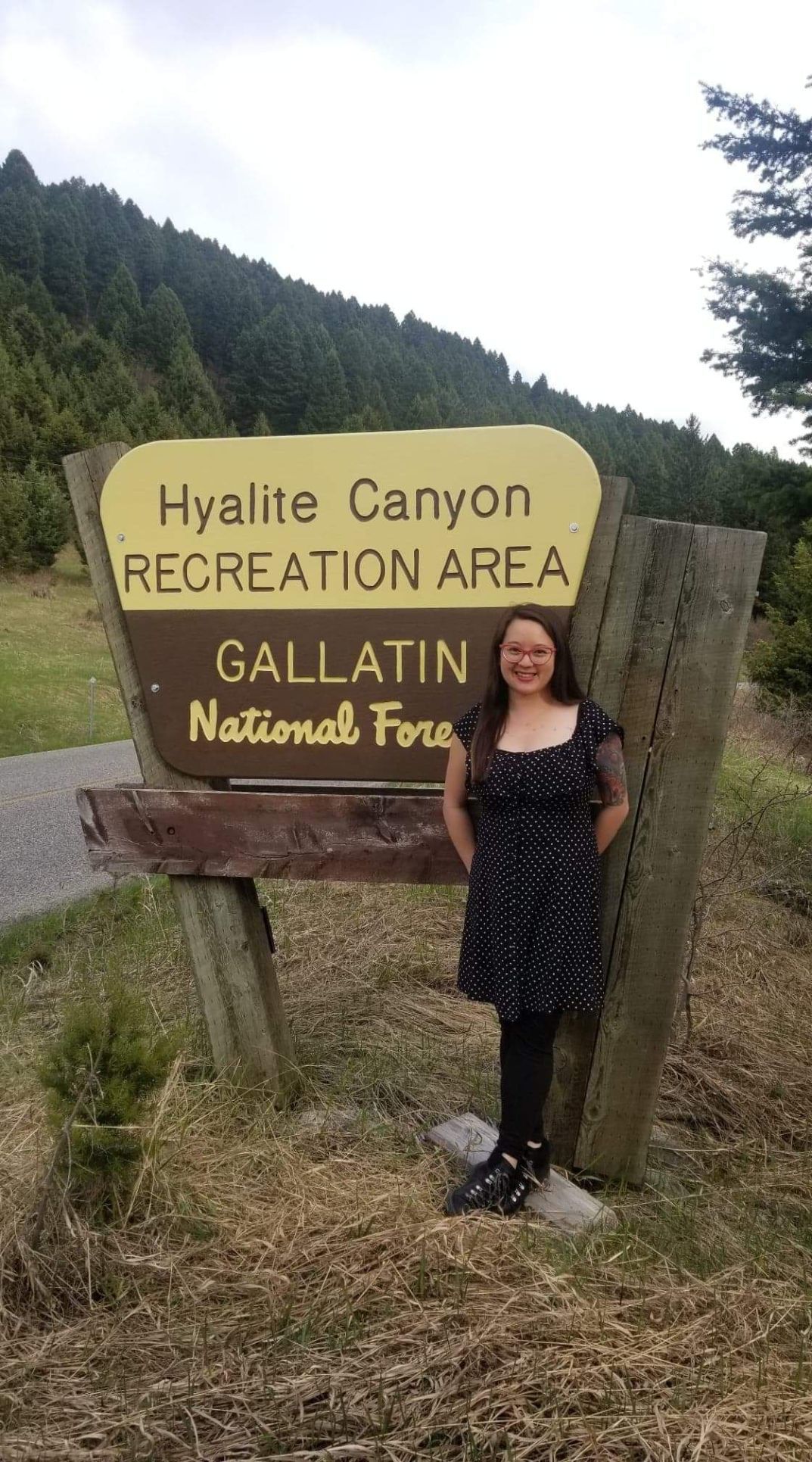 Liz Johnson poses next to her handmade Hyalite Canyon sign. 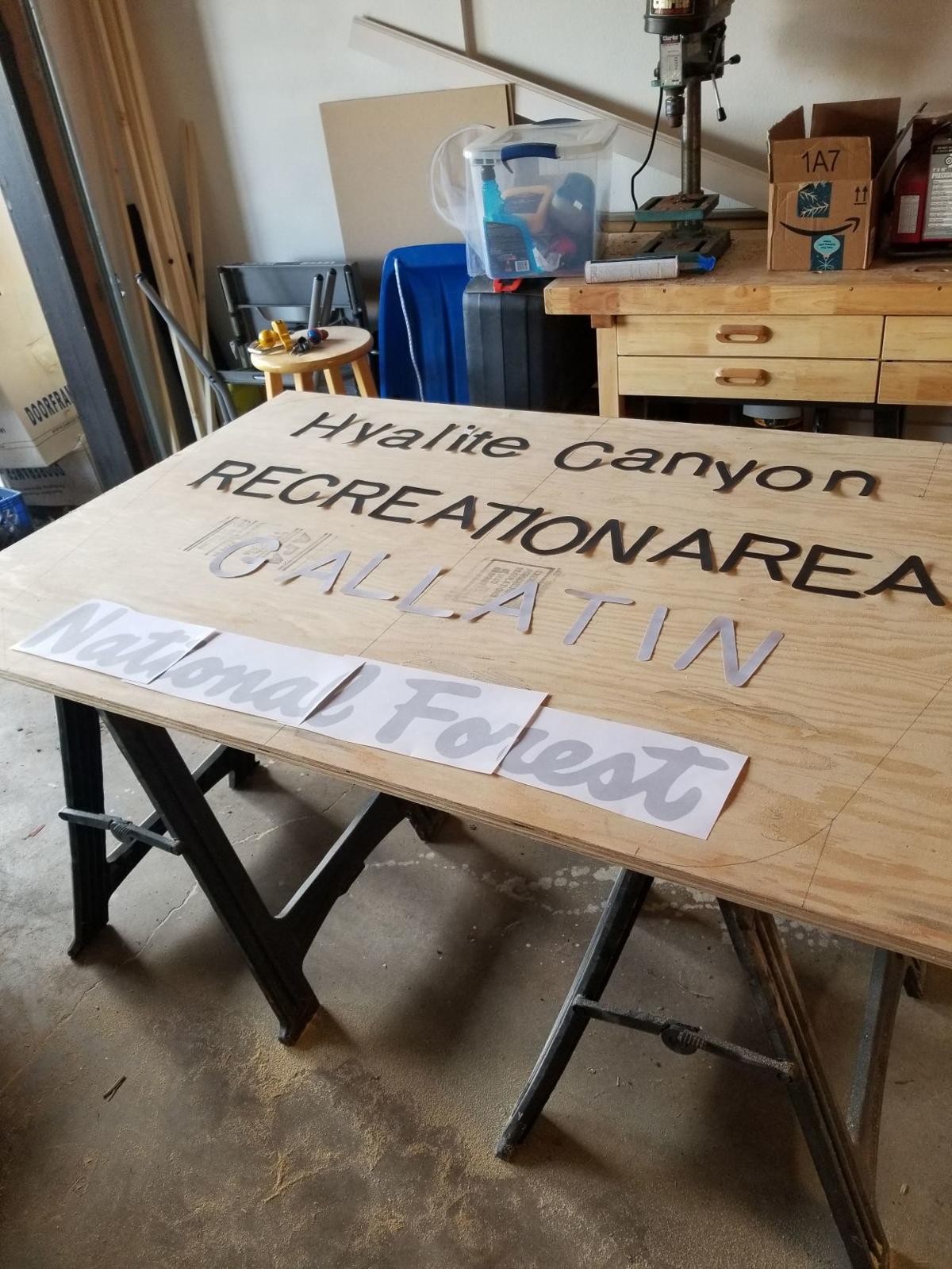 A new Gallatin National Forest sign for Hyalite Canyon is on full display along the side of the road Monday, May 18, 2020, at the entrance of Hyalite Canyon near Bozeman.

Liz Johnson poses next to her handmade Hyalite Canyon sign.

Liz Johnson noticed sometime last June that one of the big signs near Hyalite was missing. She figured someone probably stole it. And then she had an idea.

"I thought, if someone can steal the sign, maybe someone can put one back," Johnson said.

So that's what she did.

Johnson loves to make things — she's made ukuleles, arcade machines and even built a teardrop camper for her and her dog.

"Anything that can be made, I'd prefer to make it myself," said Johnson, who moved to Bozeman from Billings about a decade ago. "My favorite hobby is to make things."

She also, like much of Bozeman, loves to hike and fish in Hyalite Canyon.

So a few weeks ago, Johnson looked up the federal regulations for U.S. Forest Service signs — the size, the fonts, what colors the sign needed to be. The actual crafting of the sign took just a week, but a long one, she said.

"It was a lot of woodworking, a lot of detail," Johnson said. "I made it as close as possible to federal regulations."

She did the entire project incognito until now — the Forest Service didn't know the sign was going up until it was up.

"We would prefer people coordinate with us before embarking on a project like that because she obviously put a lot of effort into it, but we certainly appreciate people wanting to help and wanting to contribute," said Wendi Urie, the recreation program manager for the Forest Service's Bozeman Ranger District.

Stolen signs have been an issue for the Forest Service in the past, Urie said, especially in high-traffic areas like Hyalite. It's not clear if that's why the sign went missing in the first place, but it's a fair guess.

Urie said the Forest Service is always willing to try to work with people on projects like this — right now, a Boy Scout is working toward his Eagle Scout title by making trail signs for the Sourdough Creek area, and a decent amount of trailhead signage in the Hyalite area was done by Friends of Hyalite, a nonprofit dedicated to protecting and preserving the canyon.

"This one looks like it's done in a fashion that matches our standard sign protocols," Urie said. "It's a way better problem to have than people stealing signs."

Johnson said part of the inspiration for the sign came from a documentary she saw a few years ago about a man fixing a freeway sign that was causing traffic problems. She also wanted to have a project to work on while staying home and social distancing.

"I figured, I had to have one big quarantine project before this was all over that I could point to and say, 'That's what I did with my time indoors,'" she said. "And I always thought that was kind of nice, that idea of wholesome vandalism."