Cows graze in a field against a backdrop of the Crazy Mountains on July 16. 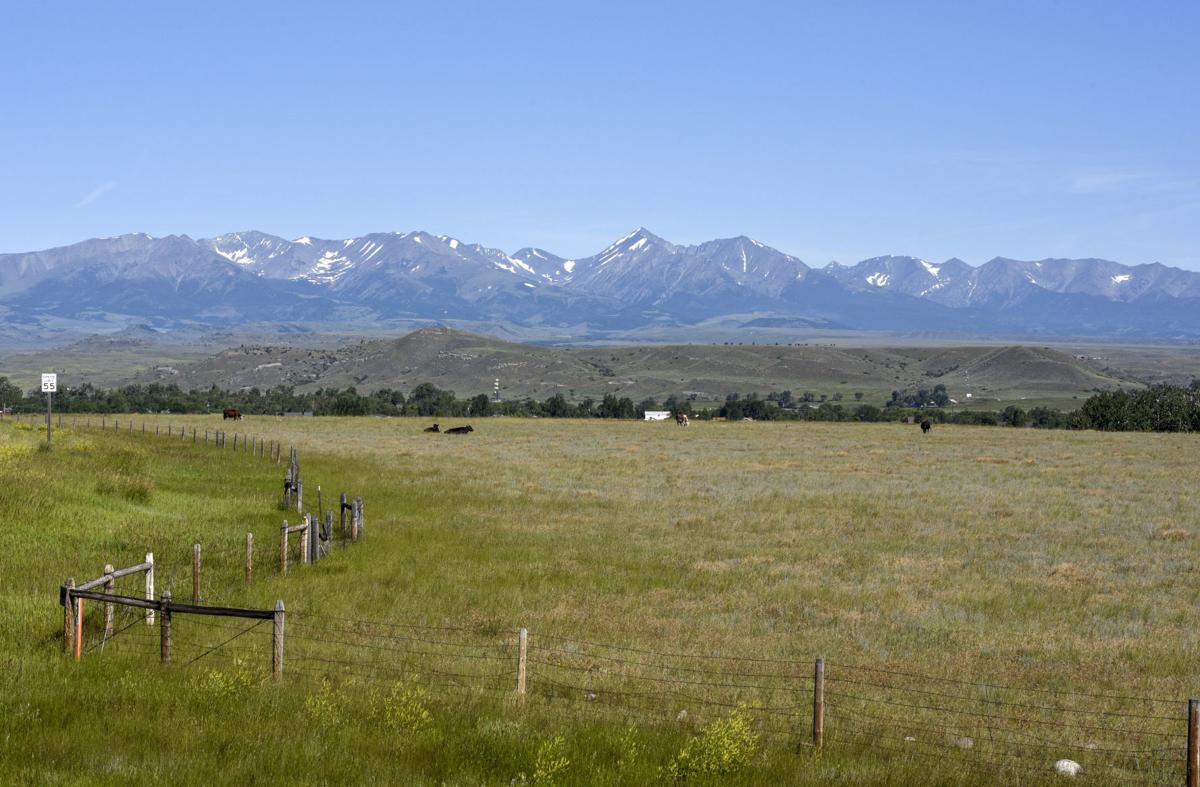 Cows graze in a field against a backdrop of the Crazy Mountains on July 16, 2019.

Cows graze in a field against a backdrop of the Crazy Mountains on July 16.

Cows graze in a field against a backdrop of the Crazy Mountains on July 16, 2019.

A federal judge has rejected conservation groups’ attempt to block construction of a new trail on the west side of the Crazy Mountains, finding that the Forest Service had completed the necessary prep work more than a decade ago.

U.S. District Judge Susan Watters denied an injunction request from four conservation groups over the Porcupine Ibex Trail, a Forest Service project that would replace a historical trail with a new one northeast of Wilsall.

Watters rejected the groups’ claims that the Forest Service broke environmental laws by not conducting a full environmental analysis of the reroute before awarding the contract, which it did last month. She wrote that the project was covered by analyses of the Custer Gallatin National Forest’s travel plan and a document that looked at several roads and trails projects. She said those documents made clear that the agency was looking for a new route for the Porcupine Lowline Trail, where access across private land has been disputed.

The denial of the injunction means work can begin, but it’s unclear when that will happen. Forest Service spokeswoman Marna Daley said the agency does not know when it will start.

Watters’ decision is part of a broader access lawsuit filed against the Forest Service by Friends of the Crazy Mountains, Enhancing Montana’s Wildlife Habitat, Skyline Sportsmen and the Montana chapter of Backcountry Hunters and Anglers. The suit accuses the Forest Service of failing to protect access rights to four trails in the island mountain range northeast of Livingston — the East Trunk (No. 115/136), Sweet Grass (No. 122), Elk Creek (No. 195) and the Porcupine Lowline (No. 267). The proposed reroute would affect the Porcupine Lowline and Elk Creek trails.

John Sullivan, president of the Montana chapter of Backcountry Hunters and Anglers, said this week that the groups were still talking with their attorneys about whether they would appeal the decision on the injunction. Regardless, he said it doesn’t change their commitment to the lawsuit.

“It doesn’t take away our desire to continue the fight to open these trails up,” Sullivan said.

Parts of the Porcupine Lowline Trail that cross private land have been disputed for years, and landowners have put up gates and “no trespassing” signs in order to keep people away. Last month, three Park County journalists were convicted of trespassing while trying to follow it.

The new trail would be mostly on public land, with a short private land stretch for which a landowner would donate an easement. As part of the deal, the Forest Service would abandon its legal interest in the disputed trail.

The agency and some supporters see the deal as significant progress in the range, which is known for access disputes and its complex mix of public and private land. Others see it as the Forest Service caving to the wishes of landowners.

Forest officials announced the reroute proposal in 2018, opening a public comment period, normally the first step in a lengthy environmental review of a project. But forest officials stopped short of conducting an environmental assessment or a categorical exclusion, saying the work was covered by a 2006 travel plan and a 2009 analysis of various roads and trails projects.

The groups that sued disagreed, arguing the specific route included in the proposal wasn’t included in those documents. The Forest Service pointed to mentions of the trail and the work to either resolve the disputes or find a new route, saying the proposal released last year was the result of the efforts described in the documents.

Watters agreed with the Forest Service, writing that the Porcupine Ibex project appeared to be the “culmination of the long planned reroute of the Porcupine Lowline Trail.”

'League' volunteer talks about chapters of her life

'League' volunteer talks about chapters of her life