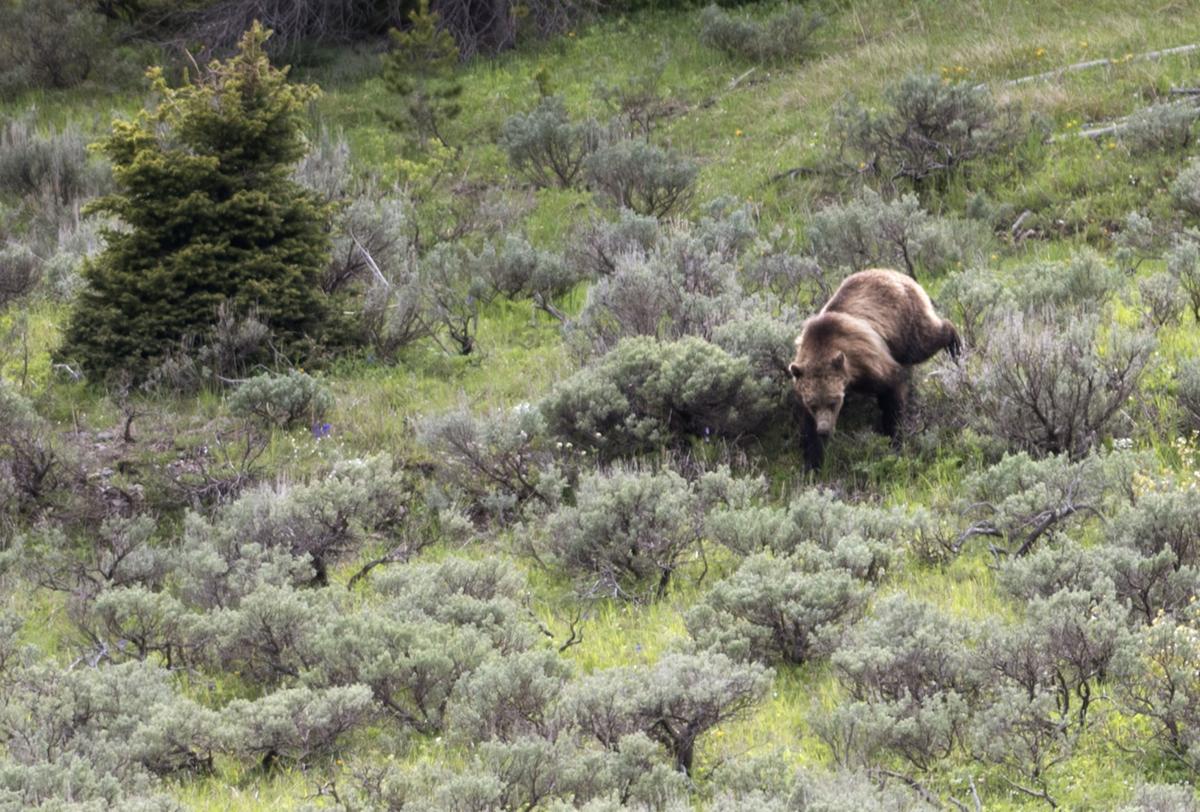 A grizzly looks for food along the Gallatin River in June. 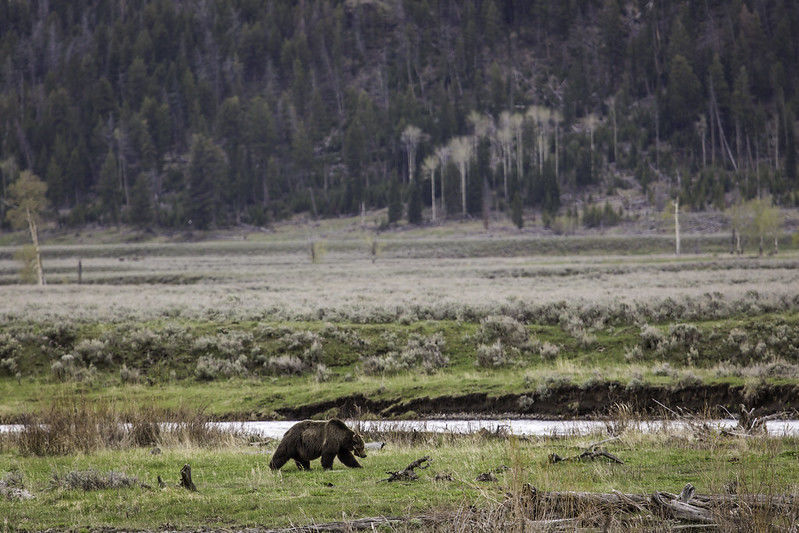 A collared grizzly bear walks in Lamar Valley in 2015.

A grizzly looks for food along the Gallatin River in June.

A collared grizzly bear walks in Lamar Valley in 2015.

There are more grizzly bears now than there were decades ago, and they’ve been moving. Out to the prairie in the northern part of the state, into new mountain ranges in the southwest.

That changes some crucial facts to their existence — like the amount of private land they spend time on and how often they run into people.

“It’s a conservation success, but it comes with a lot of baggage for people on the landscape,” said Mark Haroldson, a U.S. Geological Survey grizzly biologist.

Haroldson was speaking this week to a group of people convened to deal with that baggage — the state’s Grizzly Bear Advisory Council. The council met for two days in Bozeman this week, hearing from grizzly experts on where the state’s grizzlies are now and where they could be going.

The panel consists of agricultural producers, conservationists and a number of other people from across Montana with an interest in grizzly bears, including the manager of a lumber company in northwest Montana and a representative from a garbage company. This was the council’s second set of meetings, and the group is expected to produce management recommendations by next summer.

Gov. Steve Bullock appointed the group in March. Bullock phoned into the meeting Thursday — interrupting a presentation about grizzly bears and highways — to thank the council for its work so far. He said it builds on the history of grizzly bears’ recovery in Montana and will help shape the state’s response to conflicts between people and bears.

“I have a great deal of confidence that you can tackle what really is a challenging set of issues,” he said.

Grizzly bears in the Lower 48 states were listed as threatened under the Endangered Species Act in 1975, when there numbers had dwindled severely. Since then, the populations have grown, most notably in the Yellowstone region and in the Northern Continental Divide Ecosystem — which covers Glacier National Park and the surrounding mountain ranges.

Biologists estimate there are about 700 bears in the Yellowstone region, and federal officials have tried and failed to remove the population from the list of threatened species. The U.S. Fish and Wildlife Service is appealing a ruling from last year that overturned the agency’s most recent delisting of the bears.

Council members said this week that those proceedings are background noise. Nick Gevock, a council member and the conservation director for the Montana Wildlife Federation, said their work would still matter even “if the bears were off the list tomorrow.”

The meetings in Bozeman centered on grizzly distribution and the idea of genetic connectivity between the various populations. Experts talked about the ways the different populations are expanding.

Around Yellowstone, the bears are moving farther south and east in Wyoming and north and west into the Gravelly Range, south of Ennis. The consequence of that is that the land the bears occupy is no longer all public. Scientists estimate the amount of private land within the bears’ distribution map is now about equal to the area of the two national parks they occupy.

Several of the people on the council are those who are on the receiving end of the extra baggage exploratory bears bring, like Trina Jo Bradley, a council member from Valier. She said the bears that wander out that way find all kinds of crops to munch — hay, grain, barley.

Greg Schock, a council member and farmer from St. Ignatius, has lived for years just down the road from an area thick with grizzlies, and he’s dealt with them breaking into his corn fields. His farm was the subject of the recent book “Down from the Mountain: The Life and Death of a Grizzly Bear,” by Bryce Andrews.

“The socially acceptable is a lot harder to study,” he said.

What’s socially acceptable will be crucial for the future of connectivity, something biologists consider a long-term goal for the state’s grizzly populations. Having individual bears moving between the populations would increase genetic diversity, and some bear advocates see it as important to the survival of grizzlies here.

But in between the populations is a bunch of private land.

“We cannot expect to have connectivity without buy-in from private landowners,” said Cecily Costello, an FWP biologist.